The spirit of Cape Cod

Business View Magazine interviews representatives of Yarmouth, Massachusetts for our focus on Economic Development in U.S. Towns and Cities

Prior to the arrival of English settlers in Massachusetts Bay in 1630, several indigenous Native American tribes under the collective Wampanoag nation occupied the lands that today comprise the towns of Yarmouth and Dennis. The area was called “Mattacheese”, which in Wôpanâak (the tribe’s long-lost language) meant “old lands by the borders of water.” Yarmouth’s name first appeared nine years later, in a court-issued document granting the lands to John Crow, Thomas Howes, and Anthony Thacher – none of whom, incidentally, hailed from Yarmouth, England. The true origins of the new Cape township’s name may never be known, but it’s assumed to be a nod to that old English seaport on the Yare River which saw hordes of passengers arriving from Holland, the home country of many Mayflower pilgrims.

Modern-day Yarmouth, MA is a 28-square-mile town in Barnstable County – the second oldest on the Cape – with a population of just under 24,000. Comprised of three distinct villages, West Yarmouth, Yarmouth Port, and South Yarmouth, it’s a historically rich place brimming with iconic landmarks including Gray’s Beach boardwalk, the 18th-century Judah Baker Windmill, and the Captains’ Mile – a meandering road featuring over 50 sea captains’ homes, all of which bear the distinctive oval Schooner Plaque awarded by the Historical Society of Old Yarmouth. 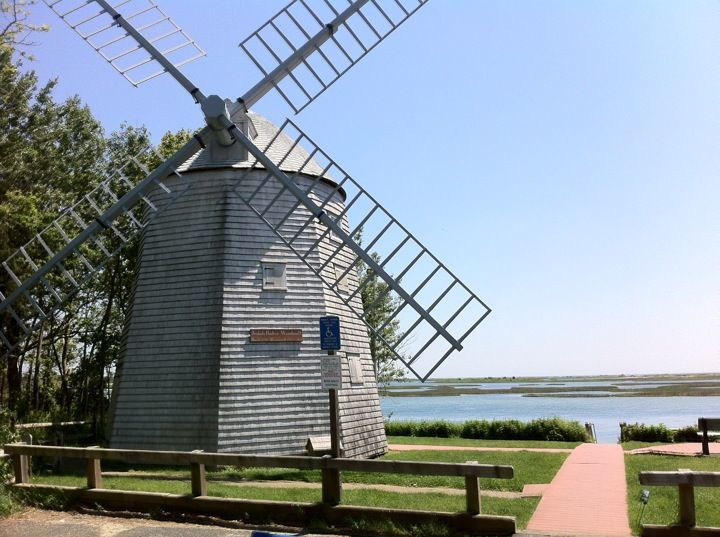 “We’re a tourist destination with a lot of wonderful cultural and historical assets,” asserts Economic Development Coordinator, Kyle Pedicini. “We also have terrific conservation areas (our Conservation Department just published great trails map for those) and a ton of natural resources with the ponds, oceans, and rivers.” Add to those the many beautiful salt- and freshwater beaches, 81 holes of golf, and the kind of natural scenery you’d travel miles to see, it’s no wonder the Town of Yarmouth stands out as a highlight of the Mid-Cape area. “Growing up on Cape Cod, I always viewed Yarmouth as the Mini-golf Capital,” quips Pedicini. “We have a lot of great family-friendly attractions like that in town. We’re definitely a community built on the hospitality industry.”

“Cape Cod Within Reach” is the town’s slogan, a message that reflects both the proximity and easy accessibility of Yarmouth, but also the community’s affordability relative to the rest of the Cape. Its Mid-Cape setting makes it a logical base for day trips.

Like most bucket list beach destinations across the country, Yarmouth typically sees its population double during the peak, June-through-September tourist season. “There’ve been several demographic studies conducted and the consensus is that our full-time residential population isn’t anticipated to increase,” reports Town Planner, Kathy Williams. “But what we’ve seen with COVID-19 is that people are coming to the Cape and  living here either as second homeowners, or they’re buying homes and working remotely. I think there’s a possibility that that trend will extend post-COVID and increase our full-time population slightly. Our seasonal population doesn’t just account for tourists who are visiting and briefly staying at our motels or rental properties… they’re also people living in their second home several months out of the year, and who are really part of the community when they’re here.”

In 2019, the Town of Yarmouth, in collaboration with Dakota Partners, completed the $22 million construction of Yarmouth Commons – one of Cape Cod’s latest affordable housing communities. Located on Route 28 in South Yarmouth, it features three residential buildings totalling 69 units, a common green space, fitness center, leasing office, playground, and community center. “That’s one of the things that we like to do in Yarmouth, get the most bang for our buck,” Williams teases. “We were able to use Community Preservation funds towards those units, providing some beautiful architecture and design along Route 28, while also getting rid of an old, outdated motel that had been vacant for quite some time.” 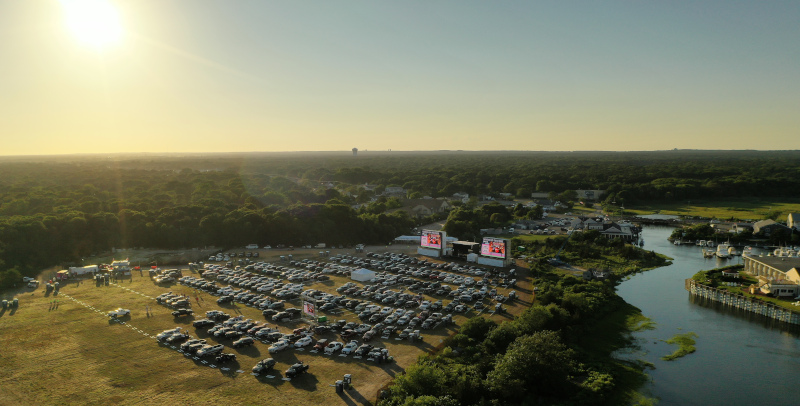 “We always try to tick as many boxes as we can,” shares Director of Community Development, Karen Greene. “We had a number of these outdated motels and we knew we had a need for affordable housing – workforce housing – so that people could live in town manageably. We also wanted to give these commercial properties another option for redevelopment. Part of the way we did that was through some creative zoning and regulatory relief. The other part was by leveraging the local Community Preservation Act funds and investing in those projects.”

In addition to Yarmouth Commons, the town has already financed a second project that’s currently underway. Yarmouth Gardens is a 2.1 acre development in partnership with Commonwealth Community Developers. “The site’s clear,” Greene confirms. “They’re going gangbusters. That’s another 40 mixed one- and two-bedroom units of affordable housing that we’ll be producing.”

Always fond of carving out new opportunities where they don’t yet exist, the Town of Yarmouth is also looking to expand its broadband connectivity, to support workforce development and make working from home easier during the global pandemic. “There’s a fully-fibered broadband backbone along our two main commercial hubs, Routes 28 and 6a,” Pedicini explains. “We have good potential to expand our broadband capabilities, it’s just a matter of figuring out that last-mile solution so that applications can be used by our residential and commercial property owners. We did get a $100,000 grant through the State’s Community Compact Information Technology Grant Program, which will address our immediate goal of connecting our municipal buildings to that broadband network. That project should set the stage for future broadband expansion, as well.”

Wastewater infrastructure is the other major hurdle that, once overcome, will facilitate the Town of Yarmouth’s ongoing growth and development. “We’re currently exploring a regional alliance with the towns of Dennis and Harwich,” says Greene. “That would bring us to something called the DHY Clean Waters Partnership. We’ve secured some funding locally and adopted, at town meeting, a Wastewater Infrastructure Investment Fund. That proposal will go to ballot in the spring. We’re basically looking at a menu of funding options for our wastewater program, with the goal of being zero tax impact on property owners.”

“We’re hoping to start having hookups in five years,” adds Williams. “We chose Phase 1 of our wastewater initiative along Route 28 and South Shore Drive to promote economic development, in addition to improving our water quality.” Most of Yarmouth’s properties still treat wastewater with septic systems. “We commissioned a study through the UMass Donahue Institute, which estimated there was $100 million in pent-up demand for redevelopment due to our lack of wastewater infrastructure,” Pedicini reveals. “There is huge potential in Yarmouth to turn some outdated structures into modern amenities that people want.”

In terms of active accessibility, Yarmouth connects to the Cape Cod Rail Trail, a 25.5-mile paved route that passes through the towns of Dennis, Harwich, Brewster, Orleans, Eastham, and Wellfleet. The trail begins at Station Avenue, connects to Peter Homer Park, and continues as the town-owned Yarmouth multi-use trail, which runs for two miles to Higgins Crowell Road. They are now working on Phase 3 that would connect Yarmouth to Barnstable. “That’s a great east-west bike path,” says Williams. “We’re working on a shared use pathway on Higgins Crowell Road which would connect several residential neighborhoods and schools with the Cape Cod Rail Trail, and a couple of recreation and conservation areas. We also have a bike path on Forest Road that brings people south towards Route 28.”

They are also working very closely with the Massachusetts Department of Transportation on some other Route 28 projects. According to Williams, “We’re advocating very strongly for the incorporation of a shared use pathway on the south side of Route 28. We understand that bikeability is something our residents want and are raising their voices to make happen. What I like about living in Yarmouth is that it really does have a small town feel. South Yarmouth, West Yarmouth, and Yarmouth Port each have a slightly different feel. There’s something for everyone. Overall, it’s a great place to get out, exercise, and inhale Mother Nature. There are plenty of opportunities to get off the beaten path and enjoy all the natural beauty we have here.”