Winkler, Manitoba – “This is where it all begins”

“This is where it all begins”

The City of Winkler, Manitoba enjoys pride of place on the western edge of the Red River Valley, along with destination status as the shopping, industrial, and entertainment hub of southern Manitoba. Recognized as the regional center for commerce, agriculture, and industry, Winkler is perfectly poised for continued growth and sustainable economic development. Close to 30 percent of the work force is employed in the industrial sector, with health and education coming in second. And the region’s agricultural sector is, hands-down, one of the most productive and diversified in the province. Not willing to settle, the city has undergone an attractive rebranding, culminating in a recently released video highlighting the best of what Winkler has to offer – and there is plenty! As their aptly suited tagline proudly announces, “This is where it all begins.”

Martin Harder has been Mayor of the City of Winkler, Manitoba for more than 13 years and is still its biggest fan. Business View Magazine spoke with him, recently, about current projects and achievements and the bright future ahead for the community. The following is an edited transcript of that conversation.

BVM: In the past 16 months, Winkler, Manitoba has been in project mode with an exciting work in progress. Can you give us an update?

Harder: “A couple years ago, we had plans to be build the Meridian Exhibition Centre; a multi-faceted facility that would include a quarter-pitch indoor soccer arena, combined with the hard surface where we could host events and trade shows, as well as a new arena attached to our existing arena. It’s an 84,000-sq.-ft. space that will be the new wave of how we do things in Winkler and the surrounding region with regards to hosting events. There is no other community in our region that has that type of facility. I’m happy to report that construction started this past March, the steel is going up, and we’re full steam ahead. You can now see what it looks like.

“One of the things that we, as a community, are very passionate about is ensuring that we have inclusivity. This arena is designed with the utmost of accessibility standards, and will, in fact, be the only sledge hockey-friendly arena in Manitoba (Sledge hockey – also known as ice sled hockey, and sled hockey – is an adaptation of ice hockey designed for players who have a physical disability.) Even though it’s a practice rink, it’s a full NHL-size arena, except we don’t have 20,000 seating capacity – we have 600 seats on the hockey side of it. But this facility will be fully functional, as a 100-percent, sledge-hockey accessible arena. That means the area where the players are seated is actually the same surface as the ice and is designed in such a way that you can see what’s going on from your benches and slide right onto the ice.” 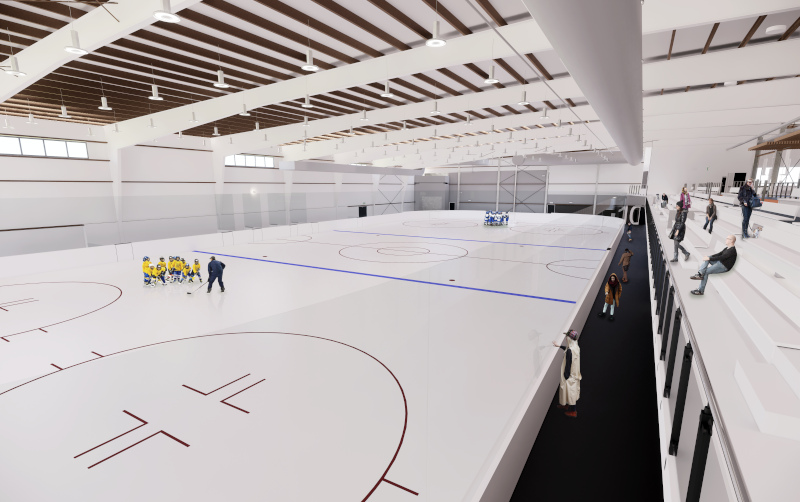 BVM: What’s happening with regards to community development and sustainability?

Harder: “I think one of the biggest things we’ve recognized over the course of the last year is the whole aspect of social connectivity, because that has become a big cornerstone. As part of our historical background, we have a park in Winkler, Manitoba called the Bethel Heritage Park. On the recreational side of it, we have the ball diamonds, the soccer fields. The Horticultural Society has spun off a couple of different divisions, including a butterfly garden and Parkside Pioneer Patch, where they plant flowers in old vehicles. It’s a really neat tourist attraction.

“But what’s really blossomed, recently, is our Discovery Nature Sanctuary. It’s a 32-acre piece of property which facilitates the level drainage in Winkler, but we have converted it to a destination point where you can explore nature. There are all kinds of interesting creatures living in there; it attracts waterfowl and acts as part of the natural drain and stormwater containment. We have been amazed at the identification of birds and species of animals that come through there. We don’t normally have moose on the prairies around Winkler, Manitoba, but last year, we had a couple of moose that were seen in the Discovery Nature Sanctuary. The unique thing is that it is right smack dab in the middle of our industrial development. So, what we’re trying to do there is paint the picture that industry and caring for the environment and nature can work together. Our community does a phenomenal job of coming up with ideas from a sustainability perspective.

“Our philosophy isn’t about making statements on what we do for the environment but actually doing something about it. I see this initiative and how people interact with that environment. What a difference that makes; even on the social side of it. When you go into an area like that, you’re in the middle of an industrial piece but you can sit on rest benches, there’s a dock, some fish in the pond. You have stressful days and you can go out there and walk through the accessible pathways and just listen to the birds. It’s emotionally therapeutic.” 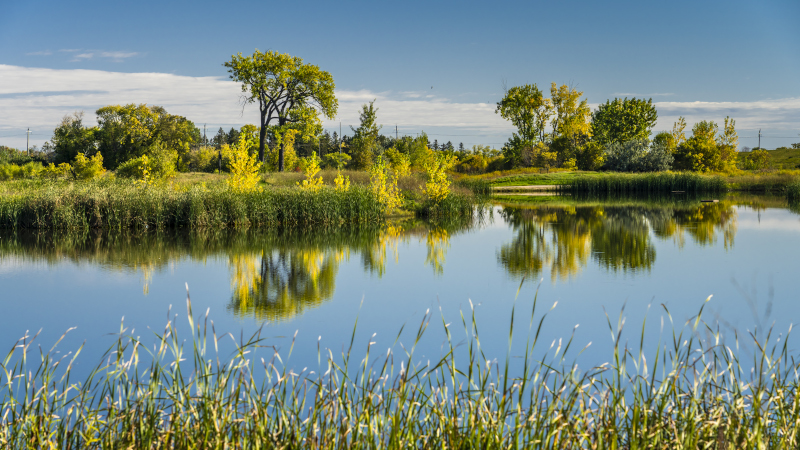 BVM: Does the Nature Sanctuary have an educational component?

Harder: “There are two initiatives going on in regard to an interpretive center. One is an education center, and the therapeutic piece. Teachers bring students for school trips, and we had a group of immigrants visit us this summer. Through regional connections, they arranged for a tour with an interpreter to explain what was happening in the Nature Sanctuary – new Canadians who had only been in the country a few weeks or months being shown this side of what Canada is about. It’s wonderful.

“I believe that you need to engage in the lives of people and work on creating a whole community that includes a personal satisfaction for one to be here. And you deal with the heart and mind and body – if they’re all healthy, that is the essence of creating a strong community. Mental health is a big issue; the Nature Sanctuary is a piece of the puzzle that helps people cope with life. We’re trying to present it in a way that helps foster quality of life in conjunction with good jobs and good homes.”

Harder: “Our population has been booming. In 2018, we had huge industrial expansion which created a large number of building permits in excess of $87 million in one year, including this Meridian Exhibition Centre, and a new school that was being built. For the size of our community, normally it’s $35-40 million, which has brought us to three percent growth per year. In 2018, the focus was on the industrial side of it, and the job side of it, and housing, as well. But we had just under 90 housing starts for the year. This year, by the end of October, we had 146 housing starts; a mix of multi-family, duplex, and single family. We have a lot of land available and multiple developers who are involved, and they need to pay attention as to how we’d like it designed.

“And we now have an absolutely awesome fiber optic network available to every single home and business in Winkler, Manitoba. The neat thing is that since we had our local company, Valley Fibre, install the infrastructure, Bell MTS is now installing fiber to homes. So, not only did we initiate the installation and services of high-speed internet, we now have the competitor coming up and saying, ‘me too.’ As a result of what we did in Winkler, Valley Fibre got the Province of Manitoba Investment Tax Credit available to the investors into Valley Fibre. Then, they approached our federal government that had a program to improve accessibility to high speed internet across Canada. Valley Fibre came up with a plan and said, if they got a grant, they would reach out from their data center in Winkler to other small communities that were not being serviced. That initiated a grant of $10 million dollars from the federal government. As a result, the company reached out to several communities within a 58-km. radius of Winkler, and now those communities are benefited by this, as well. Valley Fibre is the made-in-Winkler solution. Their head office and data center are both here.”

BVM: What else makes Winkler a great place to live and work?

Harder: “The Boundary Trails Health Centre is doing well. We continue to provide medical center services both in Winkler and in Morden – that’s where the doctors work from. There is project on the go, where we are trying to get that medical facility expanded. We have become a teaching hospital, so there are medical students coming here to take hands-on training in the hospital. The interesting thing is some of them decide this is a great region and want to stay. Therefore, considering the doctor shortage that is prevalent across this nation, we have less of a problem attracting medical specialists and family practitioners here.

“Red River College continues to operate a campus here in a leased space; we would like to get them into some permanent space where they could grow and provide services to our region as a whole. But that’s a challenge for the future. We can’t solve it all in one year. We also just launched a major, two-minute promotional video that was two years in the making, which gives a complete picture of what Winkler is all about – the activities, the celebrations – an inside peek of what goes on in the community. Our special quality of life. “This is where it all begins.” And we are so proud to share that with the world!”

Who: City of Winkler, Manitoba