The stage is set

Located on the southern tip of the Lone Star State, Valley International Airport (HRL) is located in the heart of the “Rio Plex”. The Rio Grande Valley is a bustling area with multiple, large metro areas connected by interstate highways. As a destination, South Padre Island on the Gulf Coast of Texas has become a real tourist hot spot during the pandemic. Airlines continue to scout out the next leisure market – and the Rio Grande Valley is one of these.

The number of tourists and passengers at Valley International dropped during the pandemic, with the lowest volume month being April 2020, when only 2,533 passengers were getting onto planes. But since then, it’s all been good news with gradual and sustained growth. “In March and April 2021, we saw 40,000 passengers boarding aircraft at our airports,” says Marvin Esterly, Director of Aviation at Valley International. “We’ve only seen numbers like these before 2008. The airport has gained upwards of 25% to 30% of travelers through our airport.”

Southwest only had two flights a day during the height of the pandemic, whereas pre-COVID they were operating six flights a day. That has now been bumped up to seven, adding 80% more capacity. There are two flights daily to Austin, and the airport now has Frontier flights to Orlando, Florida and Las Vegas, Nevada – two prime leisure destinations.

The airport is home to six domestic carriers, including Delta, Southwest, American, United, Frontier, and Sun County. Delta had to pause services from Minneapolis to the airport over the last two seasons. This was due to the pilot and staffing shortages experienced around the country. Delta is a seasonal carrier for Winter Texans, operating between November to April. Sun County operates the same non-stop flight to Minneapolis from October to May – which helps alleviate the pressure on seats. Valley International is eager for Delta to return, as Delta allows connecting traffic in Minneapolis. Currently, the airport’s carriers are operating at almost total capacity, seeing 97% of seats filled. With the additional flights, this has only dropped to 92%. “These are extraordinary numbers. We believe these numbers would attract airlines to increase capacity as there is a market for operators here,” says Esterly. 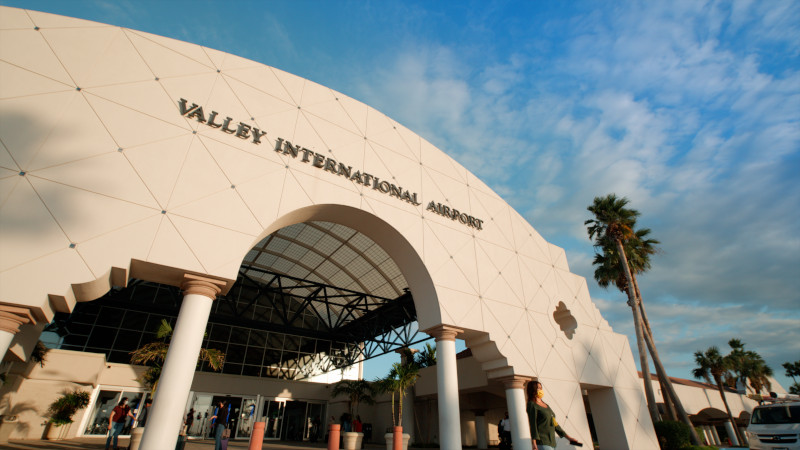 With commercial operations doing phenomenally well, the same has to be said about the financial status of the airport. While they were doing well financially going into the pandemic, Valley International Airport has been one of the few aviation institutions of its size to be operating without external financial help. “The city does not fund us, we accept no tax dollars from them and we are run strictly like a business,” confirms Esterly.

This strict policy of operating like a business means the airport is keen on maintaining a self-sustaining rate structure and carries no debt service. And they’ve been rewarded with a rainy day fund. Combining this with federal government support due to the pandemic, the airport could carry itself through the worst and offer rental abatement to its tenants. The relief funds have also been able to aid airlines. Tenants and airlines are hard to attract back to an airport when they leave, so management provided an 18-month relief program to keep them at Valley International during tough times.

Currently, the airport is home to two fix-based operators (FBOs), Sun Valley Aviation and Gulf Aviation. As with all other spheres of operations at the airport, they both experienced positive growth in providing airlines with fuel. The airport is home to 145 companies, such as Tiger International, who do aircraft engine overhauls and repair work. An exciting tenant at the airfield is United Launch Alliance, which manufactures nose cone fairings, and satellite separation rings for the Atlas V Rocket. United Launch Alliance has a large manufacturing facility on the airfield. A project in its infancy is the Harlingen Aerotropolis, which is 480 acres of land that the airport is looking to develop. This is a shovel-ready aeronautical and non-aeronautical site and the search is on for businesses in the aviation field to help diversify revenue streams.

Valley International currently has an infrastructure project out for bid to extend its runway, with a budget for the project at close to $20 million. Runway 17R/35L is the longest runway in the Rio Grande Valley and South Texas at 8,300 feet. The project will add on an additional 1,100 feet, expanding it to 9,400 feet. This extension is being undertaken to increase cargo transport capabilities. At the moment, FedEx and DHL operate 767 Boeings, which are wide-body aircraft, and supply the area with air freight. These aircraft can only take off on the current runway length with 48% of their maximum gross weight. By adding an additional 1,100 feet they can increase that to 75%.

The extension project also includes two new instrument landing systems (ILS). These systems lower the minimum approach angle into the airport. While the older systems had a limit of 200-foot ceiling height with half a mile of visibility, the newer ILS will cut these requirements in half, meaning pilots won’t need to circle around when weather conditions are poor.

Another project at the Valley International Airport is the expansion of the parking lot for passengers traveling through the terminal building. “Our mission is to ensure our passengers have the best travel experience and this includes getting out of the car and making it to the plane on time,” says Esterly. “Pre-pandemic the airport underwent a thorough revamp of the interior of the terminal. Now the focus has switched to the outside of the building. As part of the parking lot work, we are planning on replacing all the old paving, creating undercover parking spaces, sprucing up old artwork, and generally beautifying the entrances to the airport, including landscaping.”

While the revitalization project is a large undertaking, the airport is also working with the federal government on the possible addition of a new air traffic control tower. This is still in the fledgling stages of development. 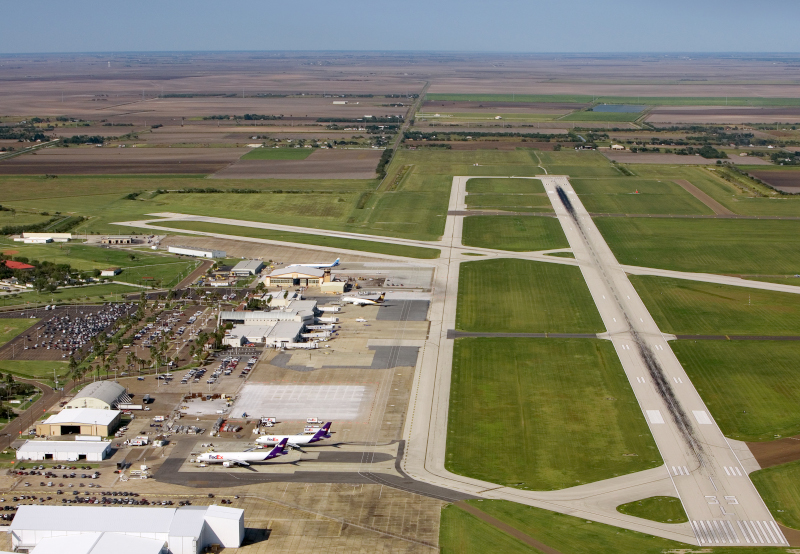 As the aviation industry is experiencing a shortage of skilled professionals, Esterly has gotten involved in promoting youth leadership programs in Harlingen and has been campaigning to bring down the entry age limit. The programs focus on what goes on in government, and all the department heads inside the city of Harlingen are involved. Esterly attends these meetings to inform all parties of the opportunities available at the airport, hoping to entice youngsters to follow a fruitful career in aviation. Airport management also works closely with the Harlingen Economic Development Corporation, which is based nearby. Esterly touts the importance of an airport to the local economy and particularly the advantages of the Harlingen Aerotropolis.

Valley International Airport is also busy with general aviation, having an estimated 86 aircraft based at the airfield. But unlike many GA airports, HRL has additional space on the airfield for the construction of new hangars and management has identified an interest in providing parking spaces for GA planes. There are also plans to collaborate with Harlingen Economic Development Corporation, along with private companies in the aerospace or aeronautical industries. There are 117 acres set aside on the airport property for these future projects, which would entail developing specific buildings, hangars, and more. The goal of the development is also to attract maintenance, repair, and overhaul (MRO) operations to the airfield.

Having so many large projects on the go, management at HRL has a close relationship with its engineering firms across the country. Their expertise has ensured that timelines are kept and the airport carries on operating efficiently.

With six commercial carriers operating from Valley International, the dream is to expand to additional destinations in the market, such as to Chicago, non-stop – even crossing the northern border into Canada. And starting in June this year, Sun County Airlines will be offering a non-stop flight to Cancún, Mexico. Esterly sums it up well, sharing, “The stage is set, it’s all about expansion now, taking advantage of the windows of opportunity we’ve been able to open after the pandemic.”

What: A public use, commercial service airport

Where: City of Harlingen in Cameron County, Texas

The mission of the CCRMA, the Cameron County International Bridge System, and the Cameron County Parks System has always been to better serve the community – delivering the infrastructure needed for international trade in a multimodal region, as well as providing quality of life amenities to our South Padre Island visitors. So, whether you cross freight, import and export trade, or you just want to relax in a sunny environment, FUEGO Tag will get you there faster and safer.

Types of Invoice Finance: How They Can...