The Dunsmuir Municipal-Mott Airport is located approximately three miles north of the City of Dunsmuir, and ten miles south of Mt. Shasta, in the southernmost portion of Siskiyou County in northern California near the Oregon border. Built and operated by Siskiyou County in the 1930s, Dunsmuir Municipal-Mott Airport originated as an unpaved emergency landing facility for civilian airlines. The Airport featured a rotating beacon and obstruction lights on several nearby power lines, as well as a dirt runway surrounded by perimeter lighting.

In 1946, Bert Hawkins became the first Fixed Base Operator (FBO) at the Airport, using war surplus trainers and a large wooden hangar, with which he provided service for two years. In 1948, a second FBO, Mount Shasta Flying Service, operated by Jack Keinath and John Sparks, began operating at the Airport. Since that time, several other FBOs have operated at the Airport, although none do currently.

The City of Dunsmuir took over the ownership and operation of the Airport from Siskiyou County in 1964, and also annexed the Airport property contiguous to the city limits. Today, the Airport is still used as an emergency landing facility, especially when fog settles in to the Shasta Valley, north of Dunsmuir. It also continues to be used by the U.S. Forest Service, bank courier aircraft, visitors, and tourists. There are ten home-based GA aircraft there. Two of the most important roles which Dunsmuir Municipal-Mott Airport plays are as a medical evacuation and emergency aviation transportation resource in case of public disaster. 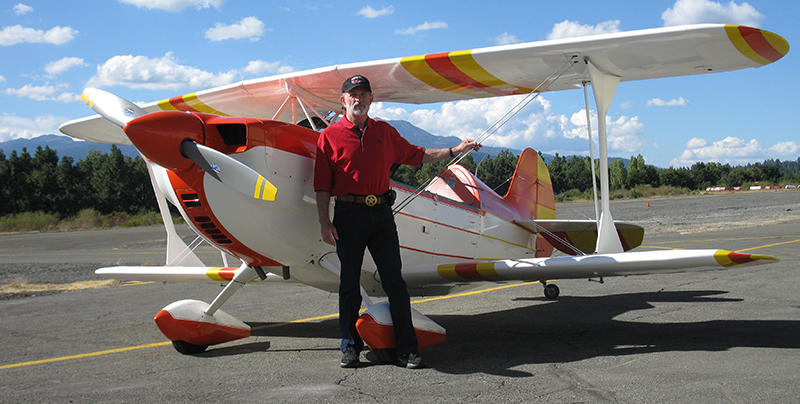 The airport is classified as a small aircraft, utility airport that is adequate for small (under 12,500 pounds at takeoff) aircraft operations. Due to surrounding terrain, the Airport lacks instrument approaches and is therefore considered to be a visual airport. Its one runway, 14/32, is 2,700 X 60 feet, and was paved in 1962. Because of obstructions, aircraft operations at the Airport are restricted to daytime only. There are two general aviation areas at the Airport connected by a partial parallel taxiway (Taxiway A). The northeast area is accessed from the landside via the formal Airport access drive, and is comprised of four smaller privately-owned hangars, a large city-owned hangar, and an aircraft tiedown apron.

Todd Juhasz is Dunsmuir’s City Manager. He runs Airport operations with help from the city’s Public Works Department for things like snow removal and equipment repair. “It’s a pretty bare-bones operation,” he remarks. The Airport sells no fuel, and its abundant amount of prime acreage lacks water and sewer lines, which makes the land, as yet, unsuitable for development. “We’re constrained by the lack of infrastructure,” Juhasz opines. “We’ve had various plans that have been put together, including a potential hub for UPS or FedEx, and we’re trying to figure out a way for grant money to help pay for the cost of running infrastructure uphill. But there’s great opportunity here.”

The great opportunity to which Juhasz alludes has been recognized in the past by many of California’s wealthy and aristocratic families, who have made the Dunsmuir/Mt. Shasta area a well-known seasonal retreat, known for its pure water, its many picturesque waterfalls and forests, its abundant recreational amenities, and most especially its pristine rivers, home to a world-class trout fishery.

“It started off with hunters and trappers coming through the area in the early 1800s, and got developed as a town around 1890, when the Central Pacific Railroad developed a rail hub here in Dunsmuir to run up and down the west coast,” Juhasz recounts. Among the well-to-do San Francisco families who have had a connection to the area are: William Randolph Hearst, who occupied an 67,000-acre estate called Wyntoon, named after a local Native American tribe; August Schilling, the “spice king,” who was a long-standing member of the McCloud River Club; and today, the Fisher family, which owns the Gap clothing empire, and has three Pilatus aircraft that use the Airport regularly to access the renowned private club on the McCloud River, which it now owns.

“Alexander Dunsmuir, who was the son of a British Columbian coal baron, named Robert Dunsmuir, offered to purchase a fountain for the city as long as it renamed it in his honor,” Juhasz adds. “That fountain has been moved to a ballfield here – one that Babe Ruth took a liking to. He spent time here and carried on exhibition games. So, it’s a tourist town with a rich history.”

“Recreation is what is going to keep this place alive,” says Doctor Edward Miller an orthopedic surgeon from Mt. Shasta and member of the Dunsmuir Airport Advisory Committee. “The second thing that is going to keep it going is that, in these days of working away from home, it’s a very good place to get away from COVID-19. Juhasz agrees: “We have a lot of people up here who have moved out of the Bay area,” he reports. “It’s a prime place to get away, and if you have the money and the means to work remotely, it’s a place to relocate for a while until things calm down – or even permanently.”

“We have all the great bones in town,” Juhasz continues, touting the advantages of living in Dunsmuir, “including an old historic theater that’s a landmark. We’re a city on the edge of popping; the architecture is fantastic and with a river running through it and with the train running through town, it’s a special place. We’ve got a number of waterfalls in town that are popular destinations and Mt. Shasta, with a ski area and mountain climbing, is nearby. And our water is so clean up here; it’s filtered through lava tubes in the mountain that go back miles under it. So, the city water supply isn’t even chlorinated; you’re drinking unfiltered tap water straight from Mt. Shasta. One of our slogans is: The Best Water on Earth.”

Meanwhile, the Airport will continue to keep itself open and upgraded. “We’ve got a $3.2 million FAA grant to reconstruct our runway starting in the Spring of 2021,” says Juhasz. “And we’re working on a Phase Two and a Phase Three plan with the FAA to reconstruct the apron and taxiways. We were ready to go this summer, but with the fires happening up here, we decided to postpone till spring and not close down the runway, so the Forest Service and CAL FIRE could stage at our Airport.”

He emphasizes, “Right now, people don’t necessarily see what assets we’ve got here. The general fund is propping up the Airport to some degree, and we’ve got a big chunk of the current council that would prefer to shut the Airport down, despite the FAA money we’ve got sunk into it. But an airport that’s in wonderful shape is worth a lot more than one that is run down.” Miller also wants to see the Airport continue to thrive and is hoping that the powers that be will recognize its value to the area. He shares, “We’re a diamond in the rough, and with social unrest, COVID-19, work-away-from-home technology, and real estate dollars that can buy much more here than in the city, discovery of this mountain jewel can be a potential life-changing find.”

WHERE: In Siskiyou County, northern California

Castle Rock Water is a superior water, consistently placing in the top five Waters of the World. Its pure taste and balanced pH is popular with health enthusiasts. “From Glacier to Glass” Castle Rock Water is local and sustainable, maintains a small ecological footprint and participates in global conservation efforts.