The picturesque scenery of the Sierra Nevada Mountains set against the crystal clear water of the largest alpine lake in North America is what sets Lake Tahoe Airport apart from all others.

“It’s in a stunning natural environment,” says Airport Manager Mark Gibbs, “and in a community where natural resources are the heartbeat of the economy. Those resources drive what is really a tourism-based economy .” Protecting and maintaining those natural resources poses a unique set of challenges. But the airport is thriving thanks to partnerships with local entities and environmentally conscious decisions.

Lake Tahoe Airport was built in the city of South Lake Tahoe, California during the late 1950s to support transportation needs associated with the 1960 Winter Olympic Games in the neighboring Squaw Valley. The same architect who designed the Olympic Village also designed the facilities at the airport. It opened as a commercial airport and served as such until 2001. Today, it is classified as a regional general aviation airport. Many of the original facilities have been maintained and are still in use. However, they were also built prior to regulations set by the Tahoe Regional Planning Agency. 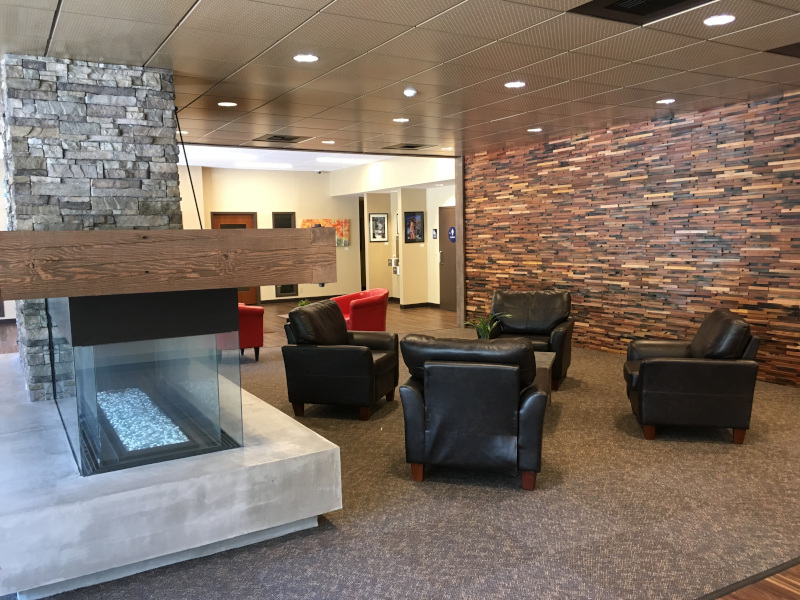 Formed in 1969 through a bi-state compact between California and Nevada, the Tahoe Regional Planning Agency’s mission is to maintain the natural resources that are the primary draw for visitors and residents of the Tahoe Basin. This is accomplished, in part, through development restrictions. Work is being done now to ensure Lake Tahoe Airport can grow without violating those restrictions. In that regard, community stakeholder outreach is being conducted ahead of the 2023 airport master plan.

“We really have to work closely with our agency and industry stakeholders,” Gibbs reports. “And even though the master plan is in 2023, I’m already reaching out to stakeholders and starting preliminary discussions and looking at environmental considerations, making sure they’re aware of what we’re planning on doing. Because, really, that’s the kind of business model that works in Tahoe.”

The plan will include steps to move forward with the South Lake Tahoe City Council’s priorities for the airport. Those include improving the airport’s role in emergency response and recovery, ensuring it is a positive contributor to the community’s economic vitality, and reducing the amount of general fund subsidies required to operate the airport. Lake Tahoe Airport is not financially self-sufficient and receives about $261,000 in subsidies annually. A 2020 Economic Impact Study complete by the University of Nevada estimated the Lake Tahoe Airport contributed $25,990,000 in annual economic activity to the local economy.

Gibbs plans to engage with entities such as the El Dorado County Office of Emergency Services to identify facilities that can be improved so the airport can play a more prominent role in emergency response. Lake Tahoe Airport is already a seasonal base for the aerial firefighting unit of the U.S. Forest Service Lake Tahoe Basin Management Unit. Every summer during fire season the airport hosts both fixed-wing and rotary craft firefighting assets. “Obviously, the more aerial assets we have here at the airport, the better we are able to respond to a fire that’s not just in the Tahoe Basin but in the entire region,” Gibbs explains, “and fire concerns are a real present threat to our community, being that we’re in the middle of a very large forest.”

When it comes to economic vitality, the airport plays a key role in supporting the transportation needs for large events in the area. That typically involves coordination with the Lake Tahoe Visitors Authority. 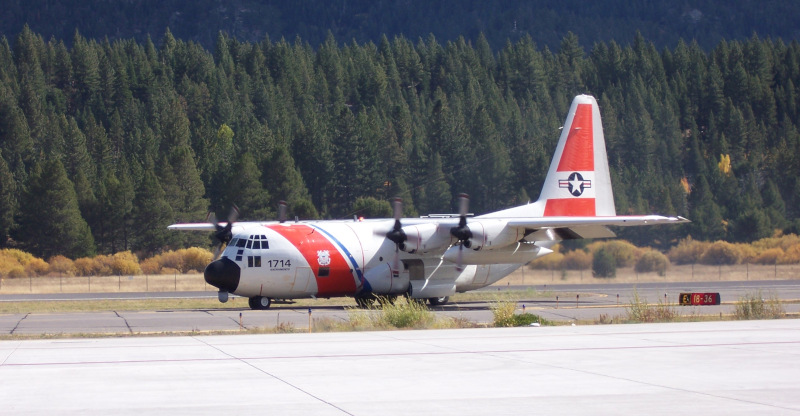 “Our entire economy is underpinned by real estate and tourism and the team at the Lake Tahoe Visitors Authority, or LTVA,  are very proactive at bringing tourists to town,” Gibbs notes. “Most recently, we had the NHL Outdoor Games. The event was the first of its kind to be hosted here in South Lake Tahoe. LTVA also bring in things like the American Century Championship Celebrity Golf Tournament. The airport plays a prominent role in bringing either the talent, the athletes, or the concerts and the musicians, to the community.”

While the airport plays a functional part bringing guests in and out of the area, it is also home to one of the most visually stunning tourist experiences in the region. Tahoe Helicopters offers scenic tours over pristine wilderness areas and the blue expanse of a lake that covers nearly 200 square miles. The popular flight company understands the environmental and quality-of-life concerns in the area as well. Pilots intentionally fly specific routes at certain altitudes to avoid sensitive habitats, such as those of the American Bald Eagle. Each Tahoe Helicopters aircraft is outfitted with a global positioning system or GPS that tracks flight information. That data is shared with the airport voluntarily and can be used to help address noise complaints.

Gibbs acknowledges, “Occasionally, the helicopter tour operator may deviate from their flight plans – it’s likely a flock of birds or other air traffic flying through the area and they had to avoid that traffic, so obviously a safety reason,” Gibbs says. “We can explain that to residents and we have the data to back it up, rather than just kind of thumbing our finger in the air and saying, ‘I think they were flying right but we don’t really know and we can’t check.’”

While future construction will be laid out in the new master plan, Lake Tahoe Airport has a few projects that have already been approved by the city council. One entails the reconstruction and raising of the north general aviation apron to prevent seasonal flooding. In the last five years, the airport has seen multiple extreme atmospheric river events. Raising the grade elevation of the apron should alleviate some of those issues. The other project will rehabilitate hangar taxi lanes to the south hangar complex which requires resurfacing due to age.

A project that’s in the works for the near future would realign some of the airport’s other taxiways to both ensure they meet the latest FAA standards and remove some pavement. No longer serving large commercial aircraft, Lake Tahoe Airport can remove some excess pavement, reducing impervious surfaces and retaining additional storm water runoff on airport property.

The airport is subject to environmental regulations that limit the amount of impervious surfaces on its property. Lake Tahoe Airport is situated in a meadow and the Upper Truckee River actually flows through part of the property. The meadow helps filter water from the river before it enters Lake Tahoe.

“When we put down things like asphalt or concrete, our impervious surfaces eliminate that, and we reduce the functionality of the meadow,” says Gibbs. “Removing those surfaces allows more groundwater and filtration to be retained in the meadow, rather than being discharged into Lake Tahoe, and that affects the world famous clarity of the lake.”

Environmental concerns are taken into account with any project at Lake Tahoe Airport, and that’s why solar panels were installed in 2019. Thanks to a valuable relationship with Staten Solar, about 95 percent of the airport’s energy now comes from solar power. That has resulted in an annual reduction of about 385 tons of Co2 emissions. In terms of economic impact, the solar panels are saving the city of South Lake Tahoe more than $300,000 over a 20-year term.

Looking ahead, Gibbs shares, “if we’re in a high inflation environment, which there’s some indication we may be in the future, those savings will increase because inflation is going to increase traditional utility costs for customers. But we’re under a fixed two percent contract. So over time we already know what our energy costs are going to be. Meanwhile, if we were just using a traditional utility provider, those inflationary costs would be passed down to us without us really being able to look into the future and understand what those impacts are going to be. Now, we know, so that’s a good benefit for us.”

With all the strategic planning and forward thinking in the works, and environmental stewardship leading the charge, Lake Tahoe Airport definitely has nothing but blue skies on the horizon.

Let your spirits soar! Tahoe Helicopters offers a birds-eye view of the quintessential beauty of the Lake Tahoe region. Whether you choose our scenic helicopter tours, high altitude flight training, or our innovative platform for aerial photography, we promise you’ll be delighted with the experience!

Tahoe Helicopters provides primary and advanced flight training all from the South Tahoe Airport, with a field elevation of 6,264ft above sea level. Train with Tahoe Helicopters and you will gain intimate knowledge of mountain flying techniques, such as power management in power-limited environments, and an understanding of mountain and valley wind patterns.

Aerial photography is used in real-estate advertising, land-use planning, movie production, environmental studies, animal counting, construction project surveillance, commercial advertising, and artistic projects. Our pilots are also part 107 certified for small UAS. Give us a call to see how we can help your project take flight.