The story of the Northeast Philadelphia Airport is one of resilience and renewal – of bouncing back from the edge of extinction. At one time, it was called the North Philadelphia Airport and it housed a fire station known as Engine 18 (later designated Engine 76), with 33 fire fighters, one pumper truck, and a Jeep. “It was just a grass strip like most of them were; one of three within about a three-square-mile area,” says John Brewer, Airport Manager. “The other two closed in 1942. The United States Army Air Corps took our 545-acre parcel over and did what the military always does – paved three runways so that they could accommodate the wind no matter what direction. Pilots were trained here for the war. They were flying the T-6 Texan aircraft and graduated from those to the higher performance T-51 Mustang. We had barracks on this airport up until the 1990s.” 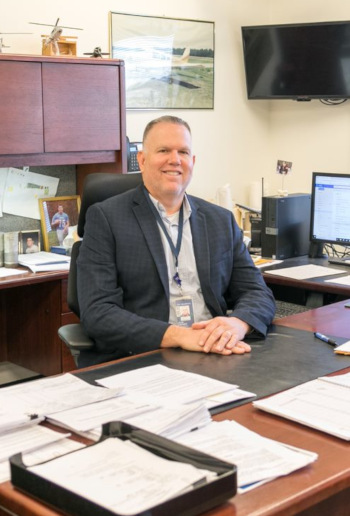 “During the 1970s, commercial activity really slowed down at this Airport,” Brewer explains. “By the mid-1980s, there was no commercial traffic here left, at all. It was all down at Philadelphia International. We gave up our Part 139 certification. With no airlines here, the fire station closed, and the firefighters were re-assigned to other Philadelphia fire departments.”

“We’re just now ready to reopen it,” Brewer reports. “We’re finishing Package 1 of three packages. Package 1 was a full rehabilitation on the first 2,000 feet of the runway, starting at the 24 end. Package 2 will be the next 2,000 feet and Package 3 will be the final 3,000. It’s also being narrowed by 50 feet. When the military was building airports years ago, they typically did 5,000-foot-long, 150-foot-wide runways. Given our operations at Northeast Airport, we don’t need a 150-foot wide runway. With the money that we’re getting, it’s all going to be said and done over three years – about a $32 million project. Last year, we upgraded all 126 signs on the airfield,” adds Brewer. “They’re all now LumiCurve LED signs. That was a $1.2 million project. We, ourselves, through our operating budget, are replacing all the taxiway edge lights with LED lights. We’re about 95 percent done with that.”

Two years ago, as part of another federal contract, the Northeast Philadelphia Airport also replaced its main electrical substation. “We have two incoming powerlines that power most of the buildings on the Airport and the airfield, itself,” Brewer explains. “Should one of those lines go down, the other line will pick up that load within a one-second timeframe. If both of those lines go down, we have a generator backup that will power everything up within 30 seconds. It’s a triple redundant system.” Other upgrades falling under the banner of what Brewer calls “Airport Improvements 1.0” include 4,500 feet of new security fencing and a new aerodrome beacon.

Next steps for Northeast Philadelphia in terms of facility development and traffic growth will consist of further runway rehabilitation and ongoing support to the two flight schools based at the Airport. “In the next few years, we’ll seek further funding from the FAA for the design, mill, and overlay of Runway 15/33,” says Brewer. At 5,000 feet, Runway 15/33 is the shorter of the two existing runways. “With the rehabilitation of 6/24, that runway will be in good shape for the next 25 years. We’d like to follow 15/33 up right behind that. While it’s been a strain on the users of our facilities, they understand the benefit is for the long-term continuance of the Airport. What’s surprising is that we’re going to end the year with close to 80,000 operations, which will have made the Airport the busiest it’s been in the past 11 years.” Brewer says the number of aircraft movements has continued to climb despite the Airport’s closure of its main instrument, Runway 6/24. 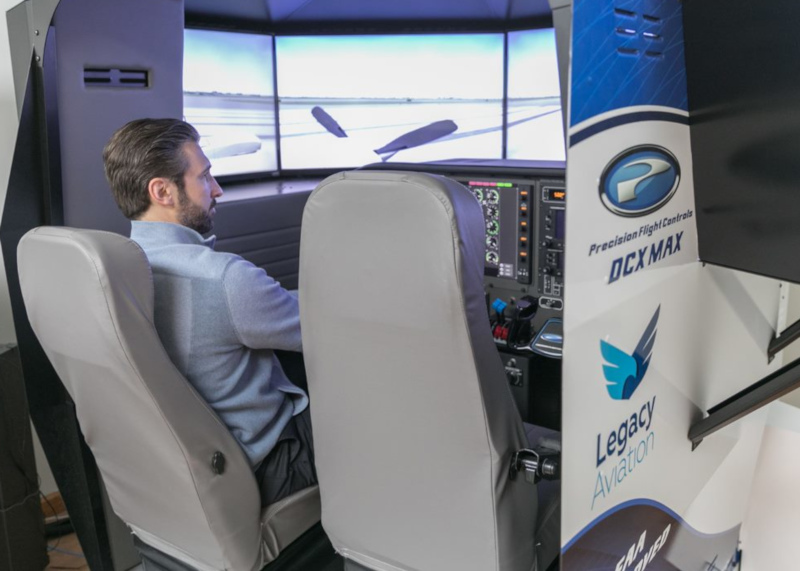 “We’re seeing an upsurge in air traffic because of our flight schools,” Brewer says. “They’re both seeing growth, which is good with the pilot and mechanic shortage that’s going to happen over the next 20 years. Our newest flight school, Tailwinds Flight Education, opened just last year and they’ve partnered up with Frankford Aviation High School. A lot of high schools in Philadelphia have magnet programs. The magnet program at this one is aviation. They’re just getting it up and running. They have flight operations, global logistics, drones, air traffic control. We’ve been assisting them in starting up these programs. The students that come into the high school, upon graduation, will leave with a private pilot license. We’re excited about that – getting these young kids into aviation from the start.”

As for Legacy Flight School, the longer-standing flight school that operates out of Northeast Philadelphia, Brewer says they offer certificates from private pilot all the way up to commercial, multi-engine, and flight instructor licenses. “They have a fast-paced curriculum; put you through and get you out to the airlines quickly. They’re affiliated with American Airlines and they’re trying to partner with a local college to start a flight education program.”

Other tenants of note include the Aviation Institute of Maintenance and Leonardo S.p.A, an Italian multinational specializing in aerospace, defence, and security. “The Aviation Institute offers several aircraft mechanic programs,” says Brewer. “They’ve been on the Airport now close to 16 years. They have approximately 185 students at any given time and graduate close to 70 percent of those. Many of their graduates then stay in the area, if not on the airport then down at Philadelphia International working for the airlines.” But the bulk of the 1,300 employees that work at Northeast Philadelphia work at Leonardo, the Airport’s largest tenant. “They account for about 900 of our employees,” Brewer says. “Most of them are either mechanics or engineers. They’re a helicopter production company. They make several model helicopters – the 109, 119, 169. They’ve recently partnered with Boeing to make a military helicopter, the MH-139. It’s built, tested, and flown here, and then it goes down to Boeing where it gets all the armament put on. Leonardo also has a new helicopter called the AW609. It’s going to be the first-ever civilian tilt rotor helicopter and it’ll be made here on the Airport. We’re hoping to see the first delivery of that going out to the buyer in late 2020.”

Northeast Philadelphia is now Pennsylvania’s sixth busiest airport, providing “on-call” U.S. Customs, Immigrations and United States Department of Agriculture services to corporate international travel. The airport averages 215 based aircraft, dominated by single engine aircraft, plus twins, jets, turboprops, and helicopters. Still, the Airport remains one of Philadelphia’s best-kept secrets. “Many people don’t even know we exist, even though we’ve been here since the 1930s,” Brewer admits. “We’re logged in around residential areas in the northeast. Those without a reason to use the Airport have no idea it’s even here which, in a way, is good. It shows you that our pilots understand the flight characteristics of their aircrafts. They can take off and land in such a way that they don’t disturb the residents beneath them. It shows you we follow noise abatement procedures; that the flying world here cares about the community.”

All photos courtesy of David Rosenblum