The spirit of ‘home’

In today’s hurried world ruled by social media, it’s not often you find a town where people truly care about and take care of community members, but also of strangers. Tecumseh, Ontario is one of the few places left with that neighborly and welcoming spirit. It’s the reason long-time Mayor of Tecumseh, Gary McNamara, chose Tecumseh to raise his family, run for town council 30 years ago and assume the top job of Mayor 18 years ago. 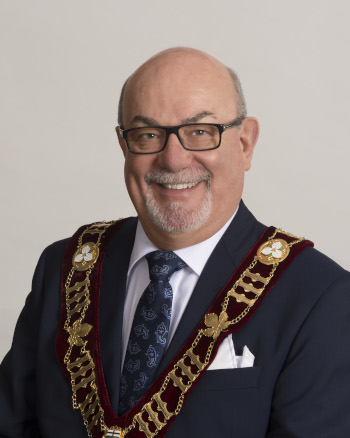 McNamara, who hails from Cornwall, Ontario was hired at the Chrysler Factory in Windsor, Ontario in the early 1980s. He was looking for a small town, similar to where he grew up, to raise his family. He’d drive all over Essex County, but always started his weekend search at a small coffee shop in Tecumseh. Over breakfast one morning, a man who happened to be Tecumseh’s Fire Chief came to McNamara’s table and sat down, soon joined by the restaurant owner, and both described how wonderful the town was. McNamara recalls, “He told me, “You don’t have to go any further. If you want a raise a family in a good town, this is the place to be.” That’s heartwarming for a total stranger to come up and start talking about why this is a great place to live and how the people are friendly and welcoming… I remember grabbing the phone, calling my wife and saying: I think I found a place.”

They moved in and experienced even more warmth from neighbors and because of that welcoming feeling he began to feel responsible to help make the town the best it could be. To this day, he tells people, “You can have and should have amenities to support your residents, but it all starts with the people. If anybody comes into our community and goes into a restaurant or one of our pubs, they will certainly realize the friendliness of the people.” Proof of its popularity, Tecumseh ranked 10th out of 412 cities in Canada in Maclean Magazine’s 2019 Canada’s Best Community contest.

Tecumseh currently has approximately 24,000 residents who enjoy its ideal scenic location in the Windsor-Essex region, bordered by Lake St. Clair to the north. The town has multiple access points to Highway 401, Southern Ontario’s major artery, which borders its world-class industrial base in Oldcastle. Despite being immediately east of Windsor, Tecumseh is much more than a bedroom community. It is home to a diverse workforce encompassing everything from doctors and lawyers to thriving industrial businesses, right on the doorstep of the U.S.

Between 2008 and 2012, when the recession was at its worst, the community’s industrial base took a hit but rallied to diversify their offerings beyond the automotive industry. Today, many make tool and die cast molds for the automotive industry, but also for aerospace companies and many other sectors. There are companies that have branched into the biomedical sector, are processing marijuana, and much more. McNamara boasts, “These are the employment lands for most of Essex County and as such have regional significance.”

The town is also looking forward to the completion of the Gordie Howe International Bridge to the USA. The bridge, currently under construction, will connect Detroit’s I-75 and I-96 with Highway 401. The multi-billion dollar project is named for Howe, a Canadian hockey player, who was most well-known for his time playing for the Detroit Red Wings. McNamara believes it will spark a lot more growth for the community’s industrial and business sector.

He explains, “That gateway is the busiest land border crossing in the world. Almost 25 percent of Canada’s GDP goes through that gateway, so we’ve seen interest in logistics companies seeing this region as a base for commerce with the United States. With a five-minute drive and all the power, natural gas, and amenities, it’s the perfect place to set up shop. In my opinion, if you were going to find anywhere along the 401 that has potential for the next 25 to 30 years of industrial growth, it’s Tecumseh. We really have pushed ourselves since 2008 to be ready for business and I know the future is going to be very, very good in this region.”

The Town recently finished updating its land-use plan and the County has started to update their own – keeping many COVID-19 pandemic outcomes in mind. Tecumseh’s industrial sector has been minimally impacted, but its tourism, restaurant, and small businesses have. The town is taking measures to help them come through the pandemic just as strong as the industrial sector.

Tecumseh, as part of the County and with Windsor, is helping to fund a new multi-billion dollar regional hospital to serve all of Essex County. According to McNamara, “We’ve been lobbying the Province for funding as this region deserves a 21st-century health care facility. The pandemic really showed our vulnerability. We are feeling confident in recent meetings with the Premier – that he understands this is the top priority for all Mayors in the region. We feel that this is a legacy project.”

McNamara believes the $2.5 billion project will go far beyond just building a hospital. He notes, “It’s going to generate an economic boom for the surrounding area because hospitals need support systems and supplies. It’s right on our boundaries, so we see great opportunities.” To that end, the Town is finalizing planning documents to guide future development along the Banwell Road corridor between County Roads 22 and 42.  These lands will accommodate up to 2,000 housing units, new commercial nodes and parks and trails, all of which will integrate with the existing community. Infrastructure needs and investments are planned to support the anticipated growth. 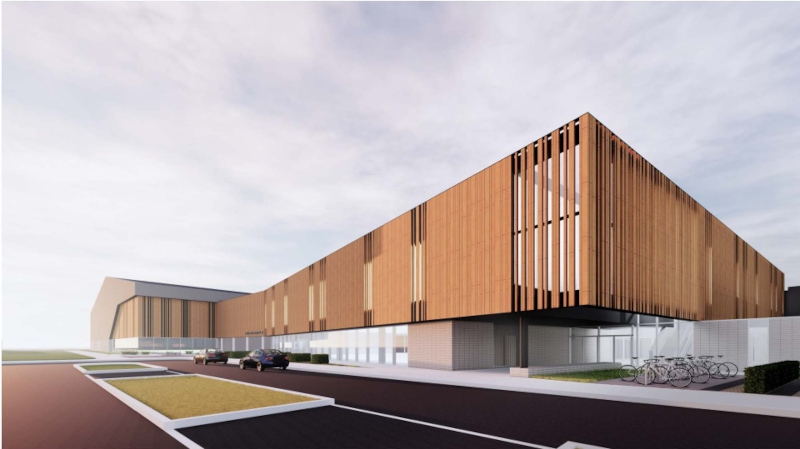 In 2015, Council adopted the Tecumseh Road Main Street Community Improvement Plan (CIP) which applies to the area that represents Tecumseh’s historical commercial core. The vision is to revitalize the area and encourage private and public investment. Residential intensification has been one of many success stories, with more than 300 apartment style housing planned, under construction or completed in the CIP area.

Tecumseh is looking forward to approximately $200 million in new and upgraded infrastructure on major roads managed by the County of Essex over the next 20 years. Projects will be happening on County Roads 42 and 43, (Banwell Road area), that ties into the new hospital site, less than five km up the road. Manning Road, the town’s north/south collector connecting to Highways 401 and 3, will also receive upgrades. Manning Road is adjacent to another future residential development area with more than 700 homes planned. McNamara states, “We’re just finalizing all of that, so we are on the cusp of some pretty major development in the community.”

Tecumseh is also making major investments in green initiatives and just completed their storm drainage master plan in 2019. Major improvements have been identified, and the town anticipates spending more than $110 million in the next 15 to 20 years to improve stormwater infrastructure. 2021 will see the start of these projects with a $27 million investment to replace aging pump stations and adjacent stormwater conveyance, with $10.7 million coming from Canada’s Disaster Mitigation and Adaptation Fund.

In 2020, Tecumseh declared a climate emergency. Since 2011 more than $50 million has been spent on improving infrastructure for flood management giving the town more capacity to deal with flooding. This included investing significantly in the purchase of a closed golf course which was turned into a public park with a 100-meter wide, 30-meter deep drainage canal for stormwater retention. The East Townline Drain watershed will be diverted into the Lakewood Park drainage channel as part of the 2021 capital works program, which then makes its way to a new high-capacity pumping station, where the capacity was increased in 2014 from 1.9 m3/s to 10.0 m3/s. The town also built a wetland for ecological reasons, and created a fish habitat at the edge of the lake. In rural Tecumseh, significant investment has been made in drainage infrastructure to facilitate proper drainage of farmland and reduce the risk of crop damage from flooded fields.

In 2019, the Town adopted new stormwater management standards, collaborating with regional municipalities and the Essex Region Conservation Authority. This new standard will bring a consistent approach to new development across the region to ensure stormwater is managed properly, reducing potential adverse impacts downstream and protecting properties from flooding. McNamara explains, “The Town’s proactively putting all of these things in place because, as we continue to grow our municipality, there’s going to be heavier demands on infrastructure and we need to protect property.”

The Town is also working on a new Multi-use Sportsplex. The new addition will be attached to the Tecumseh Arena, strategically located on property that currently houses all Town services like Fire, Police and Ambulance. The Town continues to work with the Federal and Provincial Governments seeking grants to move forward with the $70 million Sportsplex that includes partnership with Hotel Dieu-Grace Healthcare for a cardiac rehabilitation centre. As McNamara reiterates, “Tecumseh is a diverse and extremely welcoming community and we take care of each other and the amenities we have. For us, that means meeting demands for continuous improvement and sustainability of our social infrastructure as well.”

What: A thriving town; population nearing 25,000

The University of Windsor – uwindsor.ca