Twenty-five years ago Dan Young was very ill. He was in his early 40s, exercised daily, took the supplements recommended to him and yet found himself struggling with fatigue, brain fog, cramping, thrush, and constipation. As time went on, his condition got worse. After two years of suffering and being bounced around from specialist to specialist, he wasn’t improving. So he fired his doctors and turned to whole foods – reading and researching everything he could find about nutrition.

Within a year and a half of changing his dietary habits, the now CEO of Simple Again had healed himself.

“I became ill because of the foods I was eating,” Young explains. “I realized that everything I needed to do to correct my own conditions and my health challenges was actually in my own pantry, my own refrigerator. I healed myself using whole foods to help me in that process.”

Through his ordeal, Young found that many people don’t understand nutrition and the role it plays in their overall health. Nutrition was seen as complicated and Young made it his goal to simplify it through Simple Again, a multi-pronged business that aims to bring natural, whole-foods nutrition into the fitness world. “People don’t generally know what kinds of foods to eat and when to eat them and how to time those foods and what ratios and macros they should be putting in their bodies,” he says. “They don’t know the source of the ingredients and the foods they are eating. Without that kind of information, they’d make the wrong eating choices.”

So, he took the knowledge that he gained, and along with his friend and Simple Again COO, John Hocker, they approached health clubs with an idea. Young recalls thinking that health clubs were the perfect venue because people frequenting them are already concerned about their bodies, so why not help them achieve total fitness by bringing in healthy foods at the same time. The pair approached Bally Total Fitness, a worldwide chain of gyms, with their concept: Every individual in the world can get the perfect meal for their moment in time based on their metabolic profiles and performance goals. And they would do this through the gym’s juice bars – selling juices, shakes and smoothies to meet each individual’s needs. 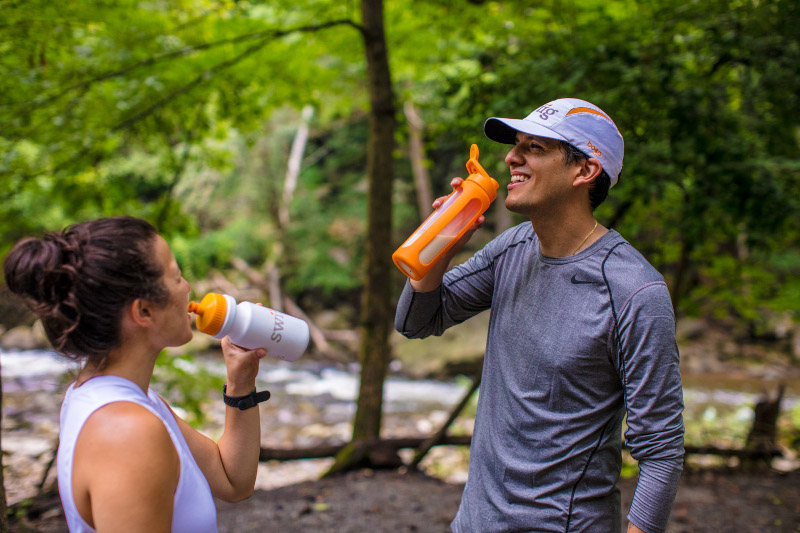 At the time, Bally was the largest health club in the world, but they had only 14 juice bars in their locations; they were in the middle of dismantling all of them. Young convinced Bally to stop removing their juice bars and hire Simple Again (then Performance Food Centers – PFC), to reorganize this piece of their business.  Within three years, Simple Again had helped grow the club’s juice bars to 225. “Our very first juice bar opened January 1, 2000 in Kendall Miami for Bally Total Fitness and today we are in the thousands of juice bars worldwide,” Young says. “We took that knowledge to other juice bars and other health clubs and then we grew from health clubs to country clubs to hospitals, universities – pretty much any place where people are concerned about the foods that they’re putting in their bodies.”

Today, Simple Again is the parent company to two businesses – PFC and swiig. PFC designs, builds and supplies natural whole foods-based shake and smoothie bars. swiig, also known as Stuff With Infinite Goodness, is the retail arm; offering the same natural products as PFC but through an online portal available to anyone. Simple Again isn’t a franchise model, instead they have what they call “a handshake kind of contract”, where there is no pressure on their customers. According to Young, “This philosophy has worked really well for us. We still actually have Bally’s, our first customer and in normal times, have only a 4.5 percent attrition rate.”

Business continued to grow for Simple Again and its companies into the early months of 2020. They were on track to have their best year yet, when COVID-19 hit, effectively bringing sales to a screeching halt. Young recounts, “On March 13, 2020 the nation shut down its health clubs, and health clubs represent over 90 percent of our business. In addition, food and beverage was hit pretty hard and, of course, we are food and beverage people; so, we lost 95 percent of our business in one day and we were left scratching our heads wondering what to do next.”

Young and Hocker originally decided to ride out the wave, hoping the shutdowns would only last two weeks as the country ‘flattened the curve’. They used the profits from January and February to help maintain their staff of 50, but as the pandemic raged on, they knew they would have to find a new source of revenue. So they turned to Bevolution, one of their largest smoothie suppliers. “After a bit of spit balling ideas, Bevolution agreed to retool their plant from creating juices, and purees to making hand sanitizer,” says Young. “We picked a target launch day, put together our sales team, and we immediately began selling hand sanitizers. Within 30 days we sold about $3 million worth of sanitizers, not only to our existing customers but to new ones, as well. It was a whole new lane.”

Interest came from all over the spectrum, including universities, Amazon, and the military. “It gave us the fuel we needed to continue until things shook out for us,” says Hocker. “We didn’t anticipate it being a long-term solution, but it was definitely the solution we needed to get us to when the sun came out again.” 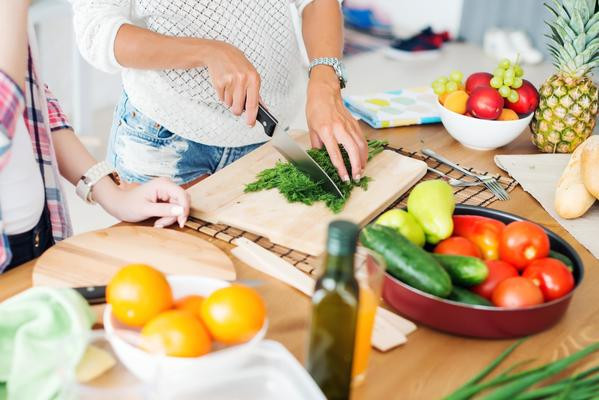 The venture took Simple Again on a rollercoaster. Sales were up, but soon they learned that the sanitizer they were selling had issues with scent and they ended up having to issue $2 million in refunds. Young admits, “It hit us between the eyes. The pandemic was a difficult time for all, but that period was so stressful for us because we like pleased customers, not unhappy customers. But we made everyone whole and we got through that as well. By then gyms were opening up again, state by state, and we found we could actually begin selling to our customers again. Although, that too was a rollercoaster ride – as soon as a state would open, they’d close again.  It was impossible to manage personnel.  Rolling layoffs became a new solution.”

Today, Simple Again has ramped back up to 80 percent of their former business, and that growth is expected to continue as they introduce new products and innovations to their line. The company used their time and experience through the pandemic to shore up infrastructure and create new tools for their customers to enjoy. One of those tools is PFC University, which takes training to the next level. “It basically replicates in-person trainings while strengthening continuity as juice bar personnel come and go. This alone has helped mistakes decline and sales to increase at our customer’s juice bars,” says Young.

PFC University offers a six-module course that new hires can take, with results sent directly to management. “It’s a way of automating what we do in person. We have basically cloned ourselves, and our customers will always be able to stay on point,” adds Young.

Automation is at the top of Simple Again’s list of new developments. The company has embraced technology and has fully automated as much of their processes as they can, to allow their staff to focus on personal interaction with customers. They’ve also recently begun work on a new POS system which prompts individuals with questions about their workout regime and goals, in order to refine their perfect shake blend. Young notes, “We’ve rolled those systems out this year to two of our customers and they are reporting about a 25 percent increase in sales.”

As Simple Again moves into the future, Young’s hope is to begin to franchise the swiig line, with a goal of 100 franchises under their belt over the next three to five years. He acknowledges, Prior to the pandemic, we were in over 3,000 juice bars worldwide – all of these are proven concepts, and all of our customers are successful. So to brand our own concept under the swiig name and offer that to the world in a unique concept I think could revolutionize the juice bar industry.”

For Hocker, taking more risk and expanding vertically is at the top of his list. “One thing that the pandemic has opened our eyes to is the need to have control over manufacturing,” he explains. “There’s been shortages, there’s been labor issues and supply chain breakdowns that are worldwide. We want to take a little more of our future in our own hands and I foresee that happening. We’ve stayed diligent through all this. We sat down and worked towards getting better and now everybody’s got to catch up with us.”

Where: Headquartered in Pottstown, Pennsylvania