The SeaComm story began in 1963, when 10 visionary employees of the Chevrolet Aluminum Foundry of the GM Corporation in Massena invested $5 each to obtain a share in a newly formed organization. Scott Wilson, SeaComm President & CEO, recounts, “We were formed in 1963 at the then Central Foundry plant here in Massena, which became General Motors. The 10 individuals who signed the original charter got together with the rest of the men at the plant to start up a cooperative credit union. Some had money to deposit, some had borrowing needs. And that was the beginning of what we have today. It all started in what we consider the iconic toolbox. Some of these folks were tool & die makers and so all of our branches today have a toolbox that resonates our humble beginnings.” 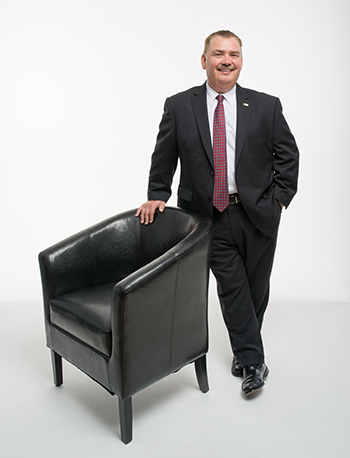 From 1963 to 1999, SeaComm grew to $100 million. When Wilson took over as CEO in 2007, they were just under $200 million, and today they have $650 million in assets and 49,456 members. The portfolio of product offerings increased over the years to include checking accounts, open-end loans, certificates of deposit, and safety deposit boxes; and more recently, NetTeller, electronic services, Personal Advisor Services, Mobile Branch, and an expanded Call Center.

Developing a competitive advantage in a crowded marketplace of other financial institutions can be a challenge. But SeaComm has a well-earned reputation for a wonderful service experience that gives it an edge. “We actually obsess over service,” says Wilson. “We ensure that when staff come on board they are integrated into our culture, with service promises they have to adhere to. We even do random surveys with our members based on the transaction they’ve had – whether at the teller line, or with an FSR officer, or through our call center. We want to know if we were friendly, attentive, and knowledgeable. Did the representative let you know we appreciate your business? Did we identify your need and make an appropriate recommendation? And how likely are you to recommend SeaComm to your friends, relatives, and co-workers? We score from one to a top rate of seven, and we’ve been scoring 6.82 on average out of 7 on all the surveys we send out, annually.”

Prioritizing the service experience means going above and beyond to resolve issues. SeaComm is very liberal on refund policies for overdraft fees, etc. If, for instance, a member makes a mistake in their check book and are overdrawn, the credit union’s employees are empowered to reverse those fees. Last year, the firm refunded over $150,000 in fees to ensure members know just how important they are.

Wilson acknowledges, “My job as the CEO is to focus on staff engagement. That’s a priority here because my belief is if you take care of your employees, they’ll take care of your members. Every new staff member comes to a CEO breakfast with me and we talk about the strategy of the organization, and, ultimately, how they fit into the overall success. We want them to focus on member satisfaction. The bottom line for us is that we really have to step up to the plate and ensure that we’re doing everything possible when it comes to service.” For ten consecutive years, SeaComm has made the list of the Best Companies to Work for in New York in the medium-size category. This last year, 96 percent of the credit union’s employees surveyed said they were satisfied with their employer.

With lobbies restricted during COVID-19, drive-thru transactional teller lines became the new norm. But SeaComm members could still make an appointment to come in for loans, or mortgages, or if there was an issue they had to deal with. The SeaComm team felt it was critical to remain open for people at a time of such uncertainty. As for meeting the demand for technology from its members, in addition to ATMs and online banking, SeaComm has its own pay app that integrates with Google Pay and Apple Pay, and Smart Line where people can call in and get their balances and do transactions by phone.

Wilson reports, “At the height of COVID-19, folks really navigated to online services – mobile deposit capture, transferring money, checking balances – and we have all that available to them. So, when we go into a new market, we ensure we’re going to be competitive against other financial institutions. We do a strategic review of all our technology and products and services to make sure we’ll meet the needs of current members and those who want to do business with us in the future.”

Expansion is a key component for the credit union’s success that goes back a decade. In 2008, the original SEG (Select Employee Group), General Motors, went bankrupt and closed the plant in Massena, impacting payroll in the region to the tune of $60 million. So, SeaComm started making strategic plans early on to diversify its markets – first opening in Clinton County on the border of Vermont, and in the last two years, taking on three additional counties there. That expansion will happen through 2024. One new branch opened this year, another one will open next year, and then one the following year.

Looking ahead, Wilson says, “The future really depends on what the members demand of us. They own us, we’re a cooperative, and their needs are changing constantly. So, we still offer traditional delivery channels, where you can come into a branch or phone our call center. We offer new technologies, but I don’t think the branch structure will go away, although, our footprint is much smaller than before. We used to build 5,000-sq.-ft branches, now they’re 3,500 and they may become even smaller.”

Most credit unions have an in-depth relationship with their vendors. In that regard, Wilson shares, “Diebold that handles all our banking and ATM equipment has been a great partner for us. PW Campbell out of Pittsburgh, PA has been with us since 2010. They planned for our branch expansions and helped us build a new headquarters. There’s also, Jack Henry, our core operating system. Contactless debit cards – that’s important for us through our partner, Fidelity FIS. The bottom line is we look for valuable vendors who will be with us long term. There are so many – the reality is we depend on all of them and we take care of our members through their services.”

At SeaComm, loans are still made based on a person’s character. Even if there are credit challenges, if a member has a compelling story, they will probably be successful at obtaining funds. Everything comes down to improving the member experience and doing the right thing. A few years ago, the credit union opened a personal, financial advisor service for members who may be retiring or planning for retirement. “We’re always open to any changes necessary for the members,” says Wilson, “that’s who we’re here for. We’re also blessed to serve the communities we do business in. Last year we gave almost $234,000 in community support. They’re our family, our friends, the people we do business with, and we need to take care of them, as well. We’re proud to have won the Dora Maxwell Award for Social Responsibility in 2018 and 2020 for our Pay It Forward program.

“At SeaComm, we’re committed to the credit union philosophy, ‘People Helping People.’ We’re focused on making our communities a better place to live, and we believe there’s no better way to do that than by giving back. That’s why we proudly support local organizations to help strengthen the neighborhoods we serve and improve the quality of life for residents within our membership area.”

WHAT: Community credit union with 48,000 members

Founded in 1986, IMS has become a nationally recognized leader in the transactional communications industry. Focused on delivering relevant, secure, and timely solutions to the financial services industry, with a primary focus on the Credit Union market, our continual investment in technology demonstrates our commitment to efficiently serve customers across the United States and in Canada.

We have helped hundreds of businesses leverage the power of data by building scalable, interactive, and targeted multi-channel communications for their customers. From print and ePresentment to hyperautomation and AI-based conversational experiences we help organizations transform their customer experience through digital and mobile-optimized touchpoints.

PWCampbell is regarded as the premiere design-build firm with a high reputation for outstanding quality and personalized service. With four generations of leadership, PWCampbell has been delivering proven innovative solutions to the financial industry for over 110 years. As true experts in the industry, they specialize in providing a comprehensive end-to-end experience which encompasses strategic facility planning, demographic research, creative retail branding and merchandising, interior design, design and furniture coordination, and architectural and construction services all on time and within budget. With their award-winning Technology Solutions team, they’ve quickly established themselves as the fastest growing provider for in-branch technology. A design-build firm like no other, PWCampbell has renovated hundreds of branches and transformed millions of square feet of retail space into unique, state-of-the-art experience centers.

Our extensive history of providing effective solutions has enabled us to form longstanding successful partnerships with many financial institutions across the Mid Atlantic, Midwest, and New England regions – just like our partnership with SeaComm Federal Credit Union.