Business View Magazine interviews Tiffany Fell, Mayor of the Rural Municipality of Springfield, Manitoba, for our focus on Development in Canadian Communities.

Welcome to the Rural Municipality (RM) of Springfield, Manitoba. Boasting beautiful vistas, small town charm, attractive tax structures, and proximity to Winnipeg, it’s no wonder this multifaceted community is the fastest growing municipality in the province’s Capital region. Residents and visitors, alike, enjoy the wide open spaces in Cooks Creek and Hazelridge, the warm hospitality of Anola and Dugald, and Oakbank’s urban atmosphere. With snowmobile and horse trails, a world class provincial park, summer festivals, and museums, Springfield is the perfect four-season place for family, for business, and simply for loving life. 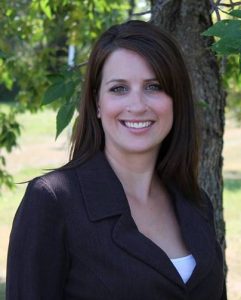 RM of Springfield Mayor, Tiffany Fell, is a champion of her community and knows it well. She reports, “We have just over 15,000 residents and a number of towns within our municipality; the Town of Oakbank has the largest urban population with about 4,500 people. We are considered a bedroom community of Winnipeg, the largest metro area in Manitoba. While people do stay in the RM and work, a great many commute to Winnipeg and some to the smaller city of Steinbach. We have a big agricultural base, large deposits of sand and gravel aggregates, and a very large industrial park that borders up along Winnipeg on the west side of our municipality. The park hosts car parts stores, recycling, chemical processing – a large and diverse mix of businesses, but no retail.”

Springfield just completed a development plan and designated a large portion of land for business development along a major highway. The RM is blessed with plenty of available space to accommodate large manufacturing companies, and significant reserves of fresh water, thanks to two big aquifers. That and the proximity to Winnipeg are strong assets for attracting business.

The town of Oakbank is currently outfitted with fiber and Springfield just joined up with the Winnipeg Metropolitan Region, as part of a feasibility study for fiber optics for municipalities around Winnipeg. According to Fell, “It’s just in the beginning stages, but we’re hoping it will make more high-speed internet readily available to businesses and residents of Springfield. And maybe bring jobs. We have a company owned by GE that manufactures component boards for trains, here. That’s one type of business that has come in and contributed to our tax base and done good things for Springfield.”

Springfield has created the position of Business Development Officer to assist people wanting to expand an existing business or set up a new business and to make the process as easy as possible. The Development Officer will develop marketing initiatives to attract more businesses through trade shows, online marketing, networking, and highlighting the benefits of being in the RM. The municipality works closely with the Springfield Chamber of Commerce, as well, to create business opportunities, and is part of Community Futures Winnipeg River (one of 16 Community Futures Development Corporations in Manitoba). They have a number of programs for small businesses and entrepreneurs, to help develop business plans and provide grant funding.

Springfield has a variety of housing options, including single family homes, large rural acreages, duplexes, and condos. “We have a seniors’ co-op,” says Fell, “an initiative that has been there three years, but was very forward thinking. Our development plan is now complete, so there will be some new areas for residential and business development. One of the goals of this council is to assist people to age in place with secondary suites, so they don’t have to leave the RM because of restrictions with our aging demographic. Having the ability to create a secondary suite in your home allows families to stay together and seniors to age in the municipality where they’ve lived for so long. We have three doctors’ offices in Oakbank, and we’re very near to Winnipeg and the city of Selkirk, so there are four hospitals within close driving distance. In our own municipality, we have an Age and Opportunity service for seniors; a bus that takes them to appointments, shopping trips, and group activities. It’s funded by the RM with support from our regional health authority.” 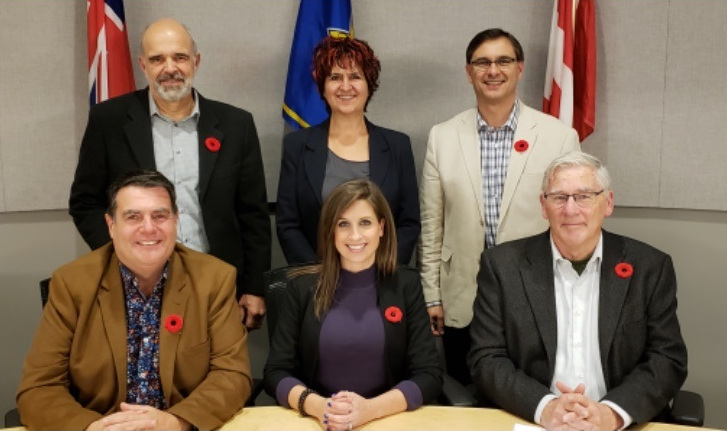 The Cedar Lake Corridor is a master transportation plan created by a consulting firm as part of Manitoba’s capital budget plan. The provincial initiative is about two decades out, but when it comes to fruition, will create another corridor into the RM and connect with Highway #1 to create better traffic flow into Winnipeg and out to Springfield. In other infrastructure news, Fell admits, “We’re looking at piped water in town, but that has to go out to the public and if we have consensus with the residents it will go forward. We just received Provincial & Federal grants last year to expand the Dugald water plant, which feeds Dugald and Oakbank, going from the south to the north. We are also looking for another water source east of Dugald. We’ve almost completed the $2 million expansion project that will add more water capacity for people on piped water in the towns of Oakbank, Dugald, and Anola. They are the only ones in our community that have piped water. The rest are on wells.” The mighty Red River doesn’t flow through the RM, but the Red River Floodway, a ring around the city of Winnipeg comes right through Springfield and contains all the runoff and flood waters during the spring season, when Winnipeg occasionally experiences high water issues.

From a recreation aspect, Springfield borders on very popular Birds Hill Provincial Park and the RM’s northern region has one of the largest equestrian populations in Canada. Fell says that council is also planning to build a Springfield Recreation Center, just outside of Oakbank. “It will be a multi-use facility for all ages and demographics that can host sporting events during the day and weekends, while large enough to also accommodate funerals and graduations. We don’t have that sort of facility now, so it will be a very positive initiative for the RM. We put out an RFP and we’re looking at budget. So, I’m hoping to break ground in 2019, with about 18 to 24 months for construction. During that time, we’ll have lots of fundraising efforts going on. It will be about an $8 million cost for phase one of the facility.”

On a “green” side note, Springfield has a fair amount of groundwater, and they’ve learned that you can harvest cattails to create stove pellets. So, they entered a joint partnership with a company out of southern Manitoba and instead of just cutting down all the cattails growing in the ditches, they’re harvesting them to be made into another product, which they can sell, hopefully, for a profit. Looking to the future, Fell says, “A big goal of the current administration is to see value for tax dollars and for projects and initiatives to move forward and accomplish these things, and to communicate that to the public. Right now, there is a 15-minute question period at the beginning of each council meeting where residents can come in and ask questions pertaining to the meeting’s agenda. During Committee of the Whole meetings, after every item on the agenda, the gallery is welcome to ask questions. We also have a comprehensive website, Facebook, Instagram, Twitter, and a monthly newsletter. We really want to put an effort towards including and informing the public and giving them an understanding of where their tax dollars are going.”

As for the Mayor’s insight into the best attributes of Springfield, she shares, “I believe our municipality is very diverse. We have all different types of businesses, lots of opportunity to create a new business. We have the provincial park, our equestrian, if you go out east it’s like being in cottage country with the Brokenhead River running through. If you work in the city, you can still have the experience of country living and commute without having to live there. So, we offer a variety of lifestyles, a great thriving economy, and we’re working together with federal and provincial governments for grants to improve our infrastructure. Council itself is very goal-oriented to get initiatives started and completed and show value for tax dollars for the municipality. Our big focus is business development. We’re very interested in getting new businesses to come to Springfield and we’ll work closely with them to make the transition as easy as possible.”

Colleen Draper, CAO of the RM of Springfield, and a colleague of the Mayor, adds “It’s a small town feeling with all the amenities you need, so you don’t have to be travelling into Winnipeg all the time. I live and work in Springfield. It’s a great place to raise your family and to spend the rest of your life here.”

Who: Rural Municipality of Springfield, Manitoba

Where: On eastern boundary of Winnipeg, MB