Located in Strafford County, Rochester is the one of largest cities in the seacoast region of New Hampshire and a great example of why the State has been ranked among the 10 best places to live in America. This desirable community full of small-town New England charm is conveniently situated close to stunning beaches, mountains, and coastal views. Heritage buffs can enjoy exploring historic locations such as the century-old City Hall with an Opera House on its second and third floors, the 1914 bandstand, and the old Rochester cemetery.

Although settled in 1728, it wasn’t until 1891 that Rochester was incorporated as a city, as a result of great economic growth during the industrial boom. Public Information Manager Matt Wyatt shares, “Rochester is a unique community. We are a former mill town and we have been working through economic recovery. Currently, we’re seeing a lot of development all around our city, especially downtown. We have actually welcomed more businesses than we saw close throughout COVID.”

Since July 2020, the community has seen the opening of 14 retail and service businesses, all in the downtown area. The city has also welcomed larger manufacturing and distribution businesses, such as a newly opened Pella Windows territory service center. “Logistically, Rochester is very unique in the access that we provide in our location,” says Michael Scala, Director of Economic Development. “Businesses are starting to take notice of that in this logistics economy. We find it’s beneficial to let folks know that you can get anywhere from here. That’s spurred a lot of our development on the larger side. The smaller businesses have been inspired by our increased retail presence. We are the retail engine for Strafford County. Being the fourth largest city in the state, we have a good base for folks to sell their goods. There’s a spirit of entrepreneurship, too. A lot of these businesses are local folks that have had an idea, or they’ve always wanted to do something on their own.” 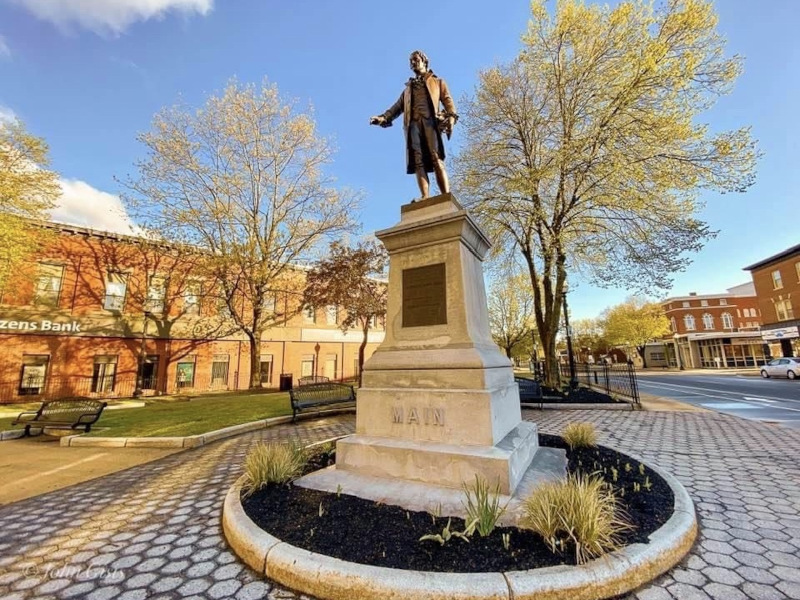 Rochester is home to a diverse group of companies, including Safran, an aerospace company with a manufacturing facility in the city, and arms manufacturer SIG Sauer recently purchased an existing 210,000 square foot campus, which is being fitted and will be ready to begin production soon. “Another benefit of Rochester is our size,” says Scala. “We are close to 50 square miles and have six business parks. We are one of the few communities that still has developable land in their business parks, although the parcels are getting fewer and fewer.” Many different industries are represented, including Albany International, a global textiles and materials company with a variety of applications including aerospace; Laars, an HVAC manufacturing facility; and Lydall Inc., a specialty filtration products manufacturer.

The city depends on their relationship with Creteau Technical Center, through the local high school, along with Great Bay Community College, to ensure a skilled workforce for local industry. Scala reports, “They work with the local manufacturers to develop courses to provide either new hires that don’t have training or people that are transitioning. Everyone has a need for skilled workers and New Hampshire is no different. Our unemployment rate is just slightly above 2%, so, businesses find themselves poaching a lot. The Portsmouth Navy shipyard is just 30 minutes south of us, and they are a huge employer of the trades, so we’re competing with them also. We do have a lot of skilled folks in the city, but there are not any extra.” The city and state have funded $6 million in upgrades to the high school over the last few years to connect students to skilled trades, and continue to provide a skilled workforce.

Rochester has a population of approximately 35,000 and is poised for growth. City Manager Blaine Cox notes, “We are right on the Spaulding Turnpike, with five exits, so you can be from Portsmouth Route 95, into downtown Rochester in 20 minutes. Also, we do have some undeveloped land, unlike our sister cities to the south, who are saturated. Our prices are attractive compared to our sister cities. So, all those things make us very attractive right now.”

The expanding population has created a lack of available housing in the community, a situation that Scala is hopeful will improve as more investors are showing an interest in Rochester. He explains, “We have a lot of developers that are very interested, for a couple of reasons. We still have land that they can build on and we have buildings that can be repurposed or renovated. So, the need is real, but there is light.” With over 1000 units approved and in some form of development, the city hopes to see 200 new units in the downtown core by next year.

Energy efficiency and sustainability are an ongoing trend with developers in Rochester. In addition, there has been a notable increase in solar power projects, leading to the consideration of incentives from the city for these green initiatives. The installation of EV charging stations and a downtown parking lot redesigned to manage stormwater are other ways in which the City of Rochester is working to encourage sustainability. 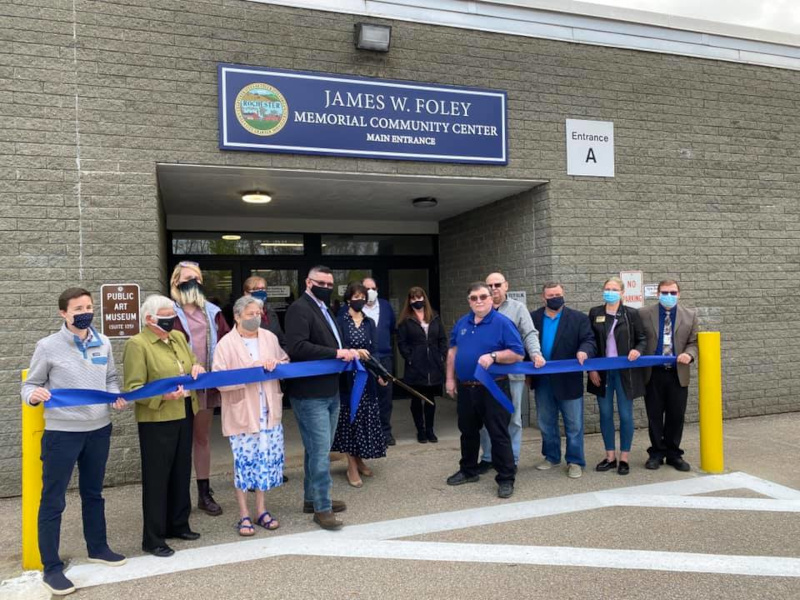 Cox shares another project which is in the planning stages, “For about a year and a half now we have been looking at creating a municipal solar farm on city-owned property adjacent to our wastewater treatment plant. We’ve been in the information gathering and planning stages, while waiting to see if the state was going to increase the net metering limit, which they just did in the last month. We were waiting for that to happen, and now I anticipate that the project will kick into high gear. So, we will be developing a city-owned solar farm in the next year.”

Organizations such as the New Hampshire Business and Economic Affairs Department (BEA), and the Business Finance Authority (BFA), are important partnerships for the City of Rochester as it moves forward with future growth and opportunities. Relationships and involvement with local non-profits are equally important in creating and maintaining a thriving community. “We have good partnerships with a lot of the non-profits in the area, like the Strafford County Regional Planning Commission, and the Strafford Economic Development Commission, as well as the Chamber of Commerce, Main Street organization, and the Riverwalk Committee,” says Scala. “The city tries to be involved with all of these, helping where we can. Our city staff is very involved in boards and commissions, whether it is city related or non-profit related. We have a number of partnerships, and we try to leverage those connections wherever we can.”

With its walkable and bikeable streets, century old buildings, and diverse selection of retail and service options, downtown Rochester is a destination for citizens and visitors to the community. Revitalizing the downtown core has been another main priority for the city, an area which is becoming a hub for arts and entertainment. According to Wyatt, “Our city has a 750-seat theater above City Hall, which is located right in the center of downtown. It hosts a variety of different performances throughout the year, including theatre, comedy, film, mainstage concerts, and educational programming. We also have a small art museum in our city’s Community Center, showing art from all around the world, which is available to see for free.”

Rochester Main Street, a group of volunteers who are part of the national Main Street program, keep the focus on creating a vibrant downtown, while preserving the rich history and architecture of the surroundings. Another volunteer effort by the Historical Museum and the Historic District Commission resulted in the renovation of the City Hall Annex. The annex, which was built in 1904 was originally a fire station and is an example of the commitment to historical preservation in the community.

With an influx of young families and young professionals, Rochester is changing and the city is ready for it. “With all the growth and development that’s occurring, I really think that in the next three to five years, this is going to be a very different place,” suggests Cox. “It’s already starting to get a different feel. There is a very positive vibe here. I think our job as city leaders is going to be to manage that to the most benefit of our citizens. And I think we’ve got a great start, but we are just getting started.”

Scala adds, “We all want what’s best for the community. After that, all the other benefits will fall into place. We have a tremendously solid tax base, a very well-run government, and anything beyond that is just bonus. Our time has come, we just have to be patient enough to make sure that we do it correctly.”

Where: Southeastern New Hampshire, near Portsmouth and Dover

Our philosophy is simple, we believe that positive attitudes, courtesy and hard work go a long way.  It is this philosophy that has kept an ongoing positive relationship with State Agencies, Towns, Cities, Engineers, Developers and Clients.

The Clients that have come to know us best are mostly return customers who can always be assured of excellent workmanship.  As a team, we all understand the importance of ongoing communication and are sensitive to coordinating schedules.

A short distance away from any New Hampshire, Southern Maine or Northern Massachusetts location ensures prompt response times for any site conditions or emergencies.  Our clients have always been our priority and their wishes and needs are always of high importance.  We feel confident that our team will fit your needs, surpass all expectations and complete your project while continuing ongoing positive relationships and proving to be one of the most premier contractors in the region.