Business View Magazine interviews representatives of the Lunenburg, Massachusetts for our focus on Economic Development in U.S. Towns & Cities

Lunenburg, Massachusetts is a delightful town with a lot to offer – and it’s only getting better. The community-minded municipality, located in Worcester County, is made up of a varied network of people that includes families who have been there for generations and new residents who are just discovering what the area has to offer. But they all have one thing in common…

“People take living in town and being part of town very seriously,” says Adam Burney, Lunenburg’s Land Use Director. “That’s a big part of why people like to live here.” The town is “close-knit,” according to Town Manager Heather Lemieux, who was instantly welcomed into the fold when she became Town Manager six years ago. “There is involvement at all different levels,” she says. “We have a very dedicated staff, and I think that combination of residents and staff trying to make progress and improvements to the community really demonstrates what type of community Lunenburg is.”

Even without the town’s community-focused atmosphere, Lunenburg stands out as a great place to lay down roots. “We have a good school system, a government that over the years has worked hard to address their needs, and now we are starting to see businesses expand and flourish,” Burney adds.

Then there’s the nearly 2000 acres of conservation land, extensive trail networks, and boundless recreation opportunities. Residents and visitors alike can visit one of the town’s many conservation areas for hunting, fishing, wildlife spotting, cross-country skiing, and hiking. You can head down to Town Beach for some public swimming or take in an afternoon at Settlers Crossing Golf Course for some time on the green.

The area is also home to almost 1000 acres of permanently protected farmland, which means there’s always a farm stand or market to stop at for fresh fruits and veggies. “We have a lot of active people farming – from large areas to small independent farms. That’s a large part of the town’s identity and I think people are really attracted to that,” Burney says. Lunenburg is also just a quick ride to Worcester for any big city needs that may arise. “We have easy access to the second largest city in New England, as well as to smaller cities that provide a wide variety of services that a lot of small towns can’t offer,” Burney adds.

The town of nearly 12,000 is undergoing a bit of a renaissance in recent years with new businesses taking up residence, improvements being made to infrastructure, and the undertaking of a new all-encompassing master plan that is starting to take root.

While the town is considered a bedroom community to nearby Worcester, Lunenburg’s business community is beginning to expand. Burney reports, “It’s been mostly businesses that are owned or operated by people in town, supplemented by a couple of larger corporations, but we are starting to see the needs and the wants for services expand and businesses are finding ways to address that and locate in town.”

Helping things along is Lunenburg Central, a warehouse development that recently broke ground in the town’s industrial corridor. The 400,000 square-foot warehouse and distribution facility will feature large blocks of Class A warehouse space that can be subdivided into smaller sections. “They’ve been terrific to deal with and have partnered with the community every step along the way,” Lemieux says. “They’ve been very communicative and have been working with the town on all our public safety concerns, if any, with added traffic.”

The project has spurred on even more industrial development, with a parcel of land across the street being looked at for a similar project. “It’s making that whole corridor really expand and adding to what’s available for the tax base for the town without a huge impact on our schools and other resources,” Lemieux notes.

Lunenburg is also working on a new master plan that will help drive business to the area, and hopefully have the added benefit of lowering taxes. “I think the master plan will hopefully inform and get people to critically think about where and how we can enhance our commercial space – whether it’s expansion of commercial space, whether it’s reassessing what we look for in commercial business and how we can work to integrate that commercial space without impacting residential space or the general character of the town,” Burney explains. “There are lots of opportunities and I think people are crying out for tax relief. And I think building the business community that exists and expanding it and strengthening it is that way that we can make that work here in town.” 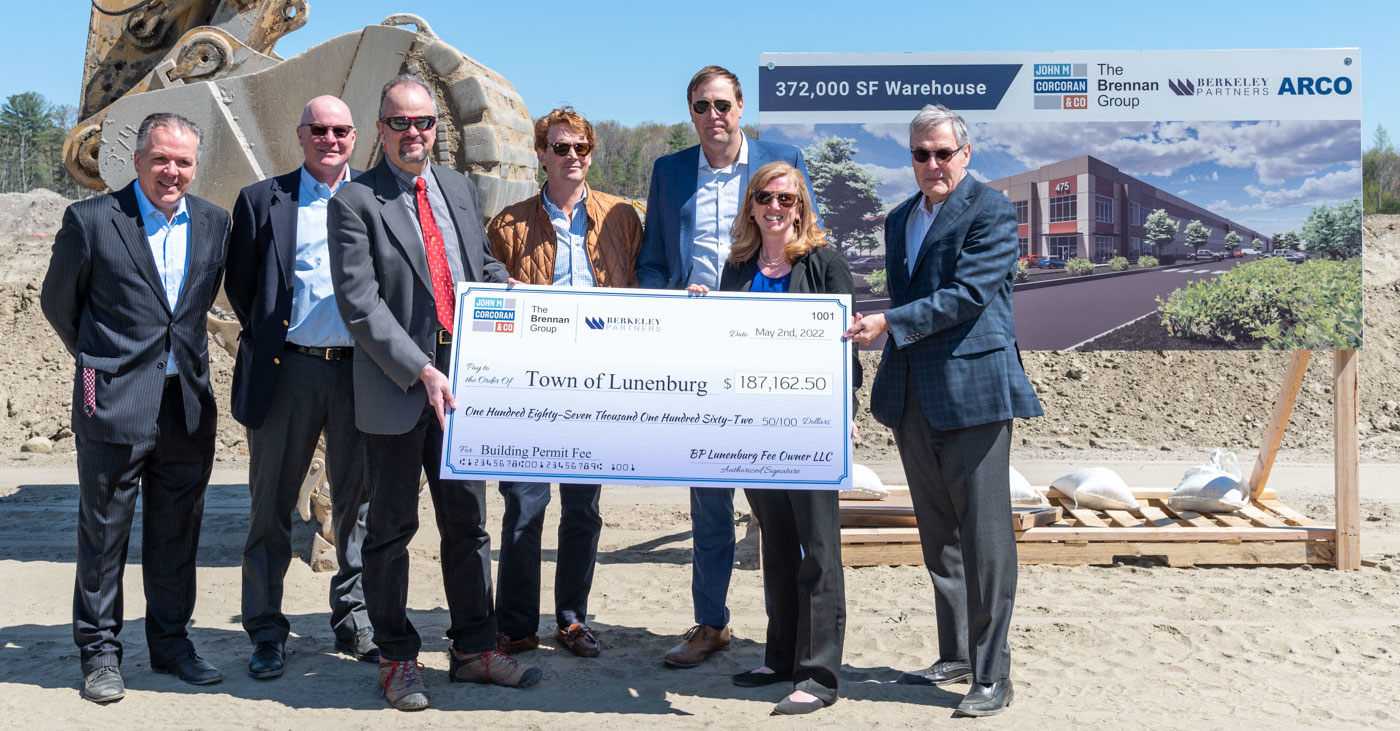 The new master plan project is long overdue. Lunenburg’s current master plan was implemented 20 years ago and had only an incomplete update in 2008. According to Burney, “With the town having been in the top five growing communities in the commonwealth in the 2010 to 2020 decade, we’d like to really get back at it and identify how perspectives have changed and how we can guide Lunenburg’s growth over the next 20 years. But I would expect that in the next 10 years we’ll be at least revisiting whatever we do in the coming months.”

Managing the town’s growth trickles down to Lunenburg’s housing market as well. The town has not seen many large volume housing developments, and instead has had more focus on using infill properties. They currently have a 122-unit subdivision that has been approved, but other than that, housing is limited to the area’s current stock. “We have an aging population that’s been in town for a long time and as they divest of their family homes for either smaller retirement communities in the area or moving to the warm south to retire, we’re seeing turnover of existing housing stock,” Burney says.

The state has been encouraging Lunenburg to expand its housing market, but the town is cautious in its approach to growth. “We struggle with how to balance the load that housing brings for our school system and for our public safety system, specifically,” Burney states. “The town is looking at it. The town wants to be welcoming, but we also want to make sure we grow in a way that is sustainable for all the services we provide.”

Lunenburg’s small town charm is bolstered by its long history. Originally settled in 1718, Lunenburg was officially incorporated in 1728 and many of the original buildings from that era still stand – including the Lunenburg Town Hall that was built in the early 19th century. The town’s downtown features a registered historic district, which has been zoned as a village district as a way to make it more vibrant and walkable.

“Previously it had been essentially a residential district, but had historically been used for a variety of commercial and cottage industry uses,” Burney explains. “As part of the village district adoption, the town created an architectural preservation district, so the idea behind that is that contributing properties – properties that are over 75 years old – would have a review process and would look to retain as much as possible of the historic exterior. They could allow for the interiors to be modified and reused to fit some of the commercial uses that the village district allows.”

With its historic architecture as a backdrop, Lunenburg’s downtown has become a focal point for events and activities that help bring the community together. A farmers’ market runs every Sunday from summer to fall, the police department has had car shows in the town center, and band concerts are held on Monday evenings in the summer. It’s also a place to celebrate holidays, with a Halloween Trunk or Treat event hosted by the Business Association and yearly tree lightings around Christmastime.

“We’ve recently formed an economic development committee and that group is looking to work with the Lunenburg Business Association to find ways to create more community events going forward,” Burney says. With the new committee, its businesses expanding and a brand-new master plan on the horizon, Lunenburg has set itself up for a bright future that will allow the small town to offer even more to its growing community.

“The vision for Lunenburg is evolving,” Lemieux says. “I’m excited to see what the economic development committee brings forth and once the master plan is developed and implemented, how we can work on getting those recommendations all moving forward. The projects we have coming in now are very exciting.”

The 372,000 square-foot Class A, tilt-up construction warehouse/distribution facility will feature 36’ clear height, 71 loading docks and 2 drive-in doors, with 402 vehicle parking spaces and 94 trailer/van parking stalls (expandable to 120), as well as build-to-suit office space. Lunenburg Central is sub-dividable, and leasing efforts will be handled exclusively by the Newmark Industrial Leasing and Investment Sales team.

One Third of Rural Roads are in...