“A City in Motion”

The City of Winslow, in Navajo County, Arizona, is a growing rural community rich with opportunity. Centuries before its founding, the area was home to thriving civilizations. Evidence of an ancient Hopi village is on display at Homolovi State Park, one of many tourist attractions in the community. Other tourism draws include a 9/11 Remembrance Garden, with an installation displaying metal remnants from the Twin Towers; The Old Trails Museum, offering the history of the region; and the historic La Posada Hotel, recently restored, and one of Arizona’s highest ranked hotels.

Prior to the building of the I-40 corridor, Winslow was a stop on the famous Route 66, and is mentioned in the Eagles 1972 hit, Take it Easy, prompting the creation of the popular Standin’ on the Corner Park, where thousands of visitors stop to take pictures weekly. Only a short distance from destinations such as the Grand Canyon, Meteor Crater, and the Petrified Forest, the city is a stopover for tourists seeking out those attractions. Adjacent to the Navajo Nation, the largest Native American territory in the United States, Winslow also borders the Apache and Hopi nations, adding to the diversity of this friendly and welcoming community. City Manager, John C. Barkley shares, “With its rich history, friendly people, diverse culture, and proximity to many wonders of northern Arizona, Winslow is a wonderful small city.”

Just 58 miles from the City of Flagstaff, and several hours from the larger metropolis of Phoenix, Winslow is what Una Wirkebau, Economic Development Director, describes as “a very romanticized, unique, rural setting that you think of akin to cowboy movies. Winslow is a very rural community that has absolutely unblemished night viewing of our incredible solar system, the stars just sparkle like you can reach out and touch them.” Depicting a landscape of colorful mesas, with alternating red, gold and orange hues, contrasted by historical buildings, many left untouched for a century, she adds, “We have stark beauty, absolutely. But we have buildings that have been around since the 1920s, because at a high desert with limited weather events, we don’t have tornadoes, we don’t have heavy flooding, we don’t have heavy rains, we don’t have heavy snows, we don’t have a lot of damaging weather. So, we have buildings that are from the early 20th century that are still standing and haven’t really had much done to them in the past 100 years.”

With a population of over 9,000 people, Winslow is challenged with a lack of available housing, which Wirkebau explains is multi-tiered. One factor is that, although there are homes on the market, prospective buyers would face difficulty securing a mortgage on a century-old home in need of upgrades. “There’s a housing crisis everywhere in North America right now, but specifically so in rural communities, because the cost of getting goods to that community are greater, and no one has been writing policy or pushing people to build out housing in rural communities,” she shares. 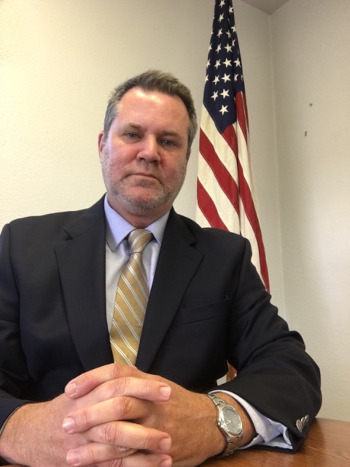 As a city poised for growth, Winslow is actively working to resolve this housing issue. Barkley reports, “During the past year the city has expedited plan review and permitting for 17 new single-family residences and three new duplex projects.” Interest from a modular company to build houses in a climate-controlled environment is also on the table, offering a solution to expediate the building process while providing high-quality homes. According to Wirkebau, “This national manufacturer of homes is looking at Winslow right now to build a new manufacturing facility. We have let them know that our prime concern would be for workforce housing, because we don’t have any housing. And that would be one of the first things they would do – install workforce housing for themselves, as well as for the region. That would be a game changer.”

Burlington Northern Santa Fe (BNSF) railway is Winslow’s largest employer, with thousands of boxcars passing through the community daily. The city’s location on I-40, one of the busiest interstates in the U.S., also makes it a popular rest stop for trucks. “We are a major stopover for trucks either to spend the night, or to stop for petrol, or to get food, because we are four hours away from any kind of major metropolis where they would have that opportunity,” Wirkebau notes. The community is also home to an airport, which is a priority for expansion. As Barkley describes, “To facilitate the expansion of commerce at our airport, the city has also applied for a Federal RAISE grant, proposing to build an approximately nine-mile-long industrial access road to facilitate direct access to the Winslow Lindbergh Regional Airport from the 1-40 interchange. We have also applied for and received over $4 million over the past two years for airport runway improvements.”

With an abundance of land available for development, Winslow is continuing to attract new industry to the area, reporting 50 new commercial projects over the last year. Offering a variety of incentives for development, the city has hosted a series of small business start up and expansion seminars, aimed at educating business owners about the many resources available to rural communities. These seminars bring experts from such organizations as the Economic Collaborative of Northern Arizona, USDA Rural Development, and the Arizona Commerce Authority, among others. “We also participate with our regional and State economic development partners in a seamless, comprehensive response network designed to provide local site, zoning, and utility information to large- and small-scale industrial prospects,” says Barkley, adding that the construction of a four-story hotel is also underway, in the city’s northern commercial area on I-40, which he suggests, “will serve as another visible sign of progress in our great city.”

Using an application called Placer AI, Wirkebau has been gathering data about the number of people coming into the community of Winslow, and where they are spending time. This information is being gathered to help inform the city’s vision for the future. She shares, “We have something called an Entertainment District, which is really our Route 66, historic downtown five-block area, and for the last 12 months there were 839,000 visitors, which is huge for a tiny little town. You can see where these visitors are coming from, and though there are clusters, from Los Angeles or from Phoenix, they are coming from all over the world to come and stand on our corner for the Eagles, or drive Route 66, or just experience what the Old West looked like and felt like. It is absolutely incredible.” 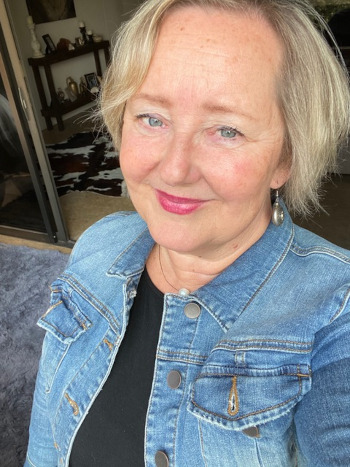 Noting that the average time for those visitors to stay in Winslow was 73 minutes, she admits that the city is an untapped opportunity for tourism, which is an area of focus for future growth. “We definitely have some attractions in our community that have been underleveraged for far too long. Route 66 is a very popular drive for not only American citizens but for people from all over the world. People know about Winslow, but when it comes to actually staying and understanding that there’s far more in the area to do and see and experience, that has never happened before.”

Being selected as one of six rural communities to be part of HGTV’s popular Hometown Makeover series in 2022 provides an exciting opportunity for the city to be showcased on a global scale. Winslow has also been invited to participate in Moonshot, a non-profit Arizona initiative giving entrepreneurs an opportunity to pitch an idea to a group of experts, with winners receiving money and other business incentives. “Those to me are minimal compared to the amount of publicity they get about their idea,” explains Wirkebau. “This Moonshot concept has been happening in Arizona for a very long time, but it has never come to a small community like Winslow. That is just going to be a game changer for our region.”

Looking to the future, Wirkebau hopes to see continued efforts in housing development, and improvement to broadband access in the community. Improving access to technology in the local schools is also on her wish list, which will require additional funding and resources. She states, “I’ve had great conversations with the school district, and we are trying to put together plans on how we can change that trajectory right now, but in five years, I would like to see some good solid pathways have been created. We’re already creating better relationships with Northern Pioneer College, which is our local community college, on how we can better create workforce development and work together between the school district and NPC.”

With what Barkley describes as, “something of a renaissance happening in Winslow,” the city is ready for new opportunities, both to grow, and to promote the existing assets of the community. Looking ahead to so much possibility, Winslow certainly is ‘A City in Motion’.

WHAT: A community of 9000 on the I-40 corridor in Northeast Arizona.