Poised for growth and efficiency

The Rick Husband Amarillo International Airport, a public airport located east of downtown Amarillo, in Potter and Randall Counties, Texas, has a rich and storied aviation history. The first recorded landing of an aircraft in Amarillo occurred on April 27, 1918, when two Army Signal Corps planes, commanded by a Lt. R. Gray, landed in a pasture off of Polk St., refueled, and took off again. The following year, pilot-mechanics Fred W. Hinds and Jack Hiller, flew W.K. Whipple to the same pasture. Whipple met with Porter Whaley, the head of Amarillo’s Board of City Development, about starting an aviation company. The result was the Panhandle Air Service and Transportation Co., which began operations on Jan. 1, 1920, based at Bivins Field in southwest Amarillo, with a $30,000, six-plane hangar. The company eventually moved to the north of Amarillo, and in 1928, the field was renamed Bivins-English Field, when Harold English took over management.

In 1929, Bivins-English Field relocated, again, six miles east of Amarillo on Highway 60, and renamed itself English Field. That year, Transcontinental & Western Air began passenger airline service to Amarillo, and by 1931, the city was a stop on coast-to-coast service between Los Angeles and New York. The airline’s timetable stated that this transcontinental flight could be accomplished in 36 hours, with overnight hotel stops being made in each direction on a routing of Los Angeles, CA – Kingman, AZ – Winslow, AZ – Albuquerque, NM – Amarillo, TX – Wichita, KS – Kansas City, MO – St. Louis, MO – Indianapolis, IN – Columbus, OH – Pittsburgh, PA – Philadelphia, PA – New York City, NY (via Newark Airport). Transcontinental & Western Air eventually changed its name to Trans World Airlines (TWA), which, in turn, continued to serve Amarillo for many years. 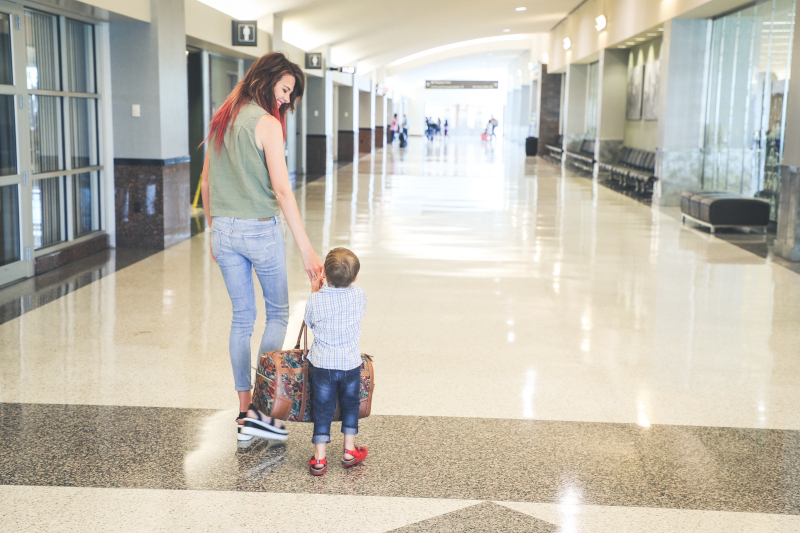 In 1952 the Airport changed its name to Amarillo Air Terminal and, after the adjacent Amarillo Air Force Base was deactivated in 1968, a portion of it became part of the Amarillo Air Terminal. The primary instrument runway, built for the USAF Strategic Air Command base, at 13,502 feet, is among the longest commercial runways in the United States and is still used for military training. In 1954, new terminal buildings were opened and by 1976, the Airport also became a U.S. Port of Entry, requiring yet another name change to Amarillo International Airport. In 2003, the Airport changed its name, once again, to the Rick Husband Amarillo International Airport after NASA astronaut and Amarillo native, Rick Husband, who died in the Space Shuttle Columbia disaster in February of that year.

This past year, according to Aviation Director, Mike Conner, the Rick Husband Amarillo International Airport completed an entire replacement of its closed-circuit television system. “That was about $1.3 million to replace it, including our access control,” he notes. In addition, other updates were made to the terminal’s flight information display system, its audio paging system, and its restaurant and bar areas. “We pride ourselves in being a low-cost airport while still providing a high quality, clean, efficient operation,” he adds. “In 2020, our primary project is going to be the reconstruction of two taxiways – that’s about an $8.3 million project.”

However, Conner maintains that his main focus for the upcoming year is to develop some 300-plus acres that are adjacent to the non-primary runway. “We have a lot of land that is available for development and from a marketing and business development standpoint, one of the first things we’ve identified to do is to build an on-airport hotel,” he states. “Amarillo is on I-40, so with the truck and other traffic going between Oklahoma City and Albuquerque, we get an inordinate amount of overnight-stay traffic. We’re about 400 miles from each of those cities, so it’s a good stopping point for a lot of people.”

There’s also an additional 500 acres of land, owned by the Amarillo Development Corporation, that are adjacent to the Rick Husband Amarillo International Airport’s 300 acres. Conner believes that the area is prime real estate for businesses that could develop and occupy it sometime in the future. “We’re just looking to put in as many aeronautical-type businesses that we can, and then, possibly, expand into some type of industrial or office park after the aeronautical businesses have been exhausted,” he reports. “We have Bell here; they used to be Bell Helicopter. They’ve got a major manufacturing facility where they manufactured the V-22 Osprey for a number of years and, if some of their military contracts work out to develop their newer models, then they can expand their facility and take over some of those extra 500 acres of land.”

Other items on Connor’s agenda include promoting the Airport’s growth while simultaneously upping its efficiencies. “And we’re doing that by two different things,” he explains. “One project is to obtain an ISO 9001 certification. (ISO 9001 is the international standard that specifies requirements for a quality management system or QMS. Organizations use the standard to demonstrate the ability to consistently provide products and services that meet customer and regulatory requirements.) So, we’re undergoing an extensive review of every process and procedure that we have here at the Airport.  It’s a two-year project to do that, but when that’s accomplished, we’ll have a quality certification, which we will utilize to the best effect that we can.” 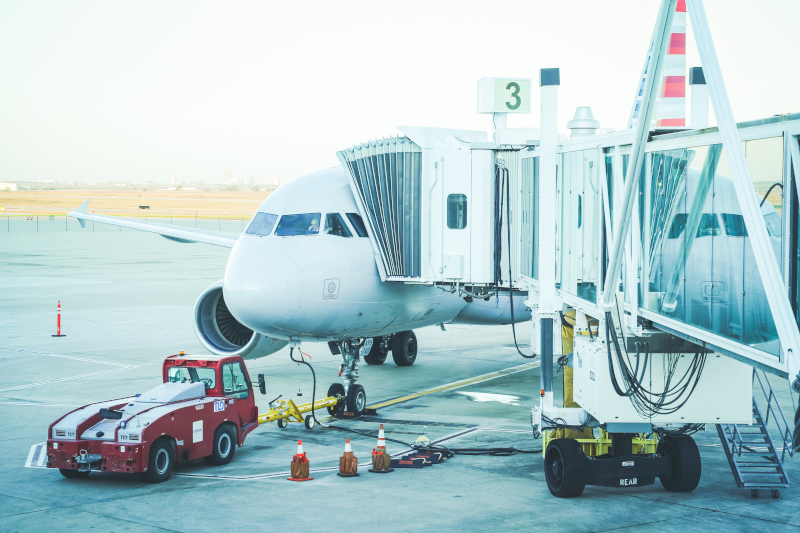 “To effect the growth, we have our Taking Flight program, where we work with some air service development companies to effect four different areas: air service development, general aviation, business development, and tourism. We also have community groups and business leaders from the community that get together on a quarterly to semi-annual basis, as we need them to, to help give us the community’s perspective as to what we need to do and what our focus needs to be in those four particular areas. We’ve been working with the Amarillo Chamber of Commerce, the Amarillo Convention and Visitor’s Council, Amarillo College, and the Amarillo Economic Development Corporation to create plans and strategies to bring additional air service to Amarillo, and, so far, it’s worked pretty well, especially in air service development – we’ve been able to increase our passenger enplanement numbers over the past two years. In the other three areas, we’ve now developed marketing plans to improve, as well. Before I got here, we had never done any marketing and the Airport is now focused on growth and improvement and we’re able to do marketing in key areas that we need to.

“In 2020, the Rick Husband Amarillo International Airport, like the community it serves, is positioned for continued growth building on the momentum it has been experiencing over the past 18 months.  Spurred by unprecedented economic development announcements and recent economic development successes, the Airport is well positioned to efficiently meet the growth in air service demands that these and other economic growth successes’ will certainly bring to the Region.

“Economic development wins in 2019 included the historic ground breaking of Texas Tech University’s Veterinary School (the first in 100 years) in Amarillo, and the completion of a new state-of-the-art, AA Baseball Park in the heart of downtown Amarillo, which earned national honors as the minor league baseball facility of the year by Major and Minor League Baseball. As a result of the economic growth in Amarillo, the Airport saw significant growth in its air service options. As an example, Southwest Airlines, in April of 2019, added same jet service to Austin, Texas (a key market for Texas Panhandle Travelers). Southwest followed with commencing of a new non-stop route from Amarillo to Houston Hobby International Airport (HOU) with once weekly service. Shortly after the Houston Hobby service started in October of 2019, Southwest announced that the Houston service would be expanded to six days a week in April 2020 and would expand to 7 days a week in June of 2020. All this growth is directly related to the economic growth in the region and the Airport’s commitment to work with its airline partners to meet the needs of their customers.

“In 2020, we will continue to promote our vision of being the most respected airport of choice in the State of Texas,” Conner says in conclusion. “And we are looking forward to helping the Amarillo community grow in 2020 and beyond, providing the air service that is in demand by business and leisure travelers, alike.”

WHERE: In Potter and Randall Counties, Texas,