“Pushing forward, while circling back”

Business View Magazine interviews Adam Fox, Manager at Pryor Field Regional Airport, for our focus on the Growth of General Aviation in the U.S.

Situated in the growing and already large metropolitan area of Huntsville, Alabama, Pryor Field Regional Airport (DCU) is all about delivering the best to its communities. The booming development in this northern part of the Tennessee Valley is creating a lot of buzz, with multiple industries moving to the area to set up shop. The influx of business is a golden opportunity for the airport to spread its wings and soar.

Adam Fox, Airport Manager of Pryor Field Regional Airport, is excited about all the new economic development growth in the area. He reports, “It’s an exhilarating time for us, as there are loads of different industries moving to the area – and aviation is the industry that connects them all.” Presently, NASA, the U.S. Army’s Redstone Arsenal, a Mazda Toyota manufacturing plant, and other key employers are present and active in the Huntsville metropolitan area.

Fox is a new addition to the airport, having just recently assumed the role of Manager on Valentine’s Day, 2022. He is a veteran and local Alabamian with a pilot’s license and extensive flight and mechanical experience from his years in the military and the aeronautical industry. With his dedication to the field of aviation, Fox is the ideal leader for the Pryor Field team, going forward. All this passion and accumulated knowledge comes in handy, as there is a lot going on at the airport.

Pryor Field Regional Airport is relatively close to the Huntsville International airport, but this hasn’t been an issue for business travel, since management has strategically positioned themselves as a different offering. “Depending on the company’s needs, we’ve created bespoke partnerships that will provide specific incentives to businesses,” says Fox. One deal gives discounts on contract fuel. In the northern Alabama area, Pryor Field is the only airport with ties to the Corporate Aircraft Association (CAA). The CAA negotiates discounts on fuel for PART 91 operators. What this partnership has meant for the airport is that privately-owned, business aircraft will land to refuel at the airfield.

Another factor that draws pilots to the airport is its instrument approach and a 6,107-foot runway. That, and its elevation of 590 feet makes it perfect for jet traffic. Currently, on the field, there are 128 based aircraft – a number expected to grow in the next few years for a variety of reasons, mainly connected to the expansion of nearby urban areas. The development of the metro region, which is closing gaps in the landscape, has positioned DCU in the perfect location for easy access to new businesses. Fox stated, “Our partnerships with Titan Fuels and CAA, with our centralized proximity to the booming growth in the Tennessee Valley, makes us the preferred choice for business aviation.” 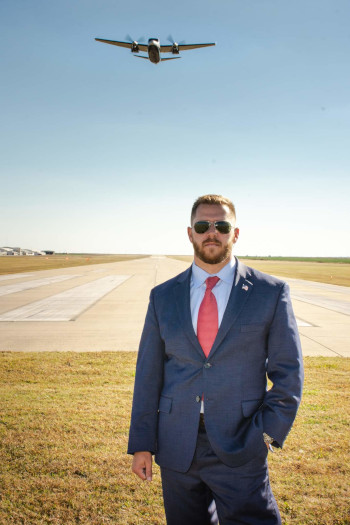 Fox and the Airport Board, along with the Authority’s consultant GMC, are currently laying out a 20-year master plan, forecasting growth potential and direction for Pryor Field. He explains, “It’s a significant project that provides strategic guidance for future development, both Authority derived improvements and ground lease options. And with four entities that own the airport, Morgan County, Limestone County, the City of Athens, and the City of Decatur, this document will play a pivotal role in setting the airport up to better serve as the ‘gateway’ for jobs and growth in these areas.” Being owned by four different entities means the airport requires appointed board members who serve as the Airport Authority. With so many parties involved, it requires close communication, which ultimately makes for an incredibly dynamic team. It also means that the airport serves as an incredible asset to all these entities, who are all pro-development and pro-growth.

The airport’s state-of-the-art terminal building was built in 2008 and has 7,200 square feet of space – a welcoming “front door” to Pryor Field and the region, at large. Just like at every regional airport in America, hangar space is in high demand. With that in mind, DCU has programmed in hangar project for its fixed-based operator (FBO) within its Airport Capital Improvement Plan (ACIP) that would provide space for transient business aircraft. At Pryor Field, the Pryor Flight Center (FBO) is run by the Airport Authority, and they are in charge of all the services offered. As part of the airport’s pro-development and pro-growth plan, the team has already identified 22 acres of land on the airfield for property development or “red dirt” areas. These lots will be ready for companies to build their vertical construction projects, including hangars and facilities. Additionally, 85 acres have been identified for future MRO facilities as well.

The management team has just completed a bidding process for development in the northern region of the airfield. Fox elaborates, “We’re rolling out the project in a three-phase plan, with the taxiway construction being a part of phase one. Currently, we are working with the Alabama Department of Transportation (ALDOT) and the FAA to get funding for this development. The taxiway could provide access to three hangars if approved by the board.” This new development should loosen the pressure of demand for more hangar space. Also, a new apron will hopefully be developed and utilized for cargo freight in the airport’s northern region, which has become more urgent with the increase in freight traffic.

On the airport property, DCU is home to two maintenance facilities for general aviation, Learjetjohn Aviation Flight School, several corporate partners, and the Limestone County Sheriff’s Department. According to ALDOT’s 2019/2020 economic study, Pryor Field Regional Airport is responsible for 134 jobs (most outside the Authority/FBO). Fox’s team consists of six staff members with prospects of hiring additional employees as needed. He shares, “We might require additional line technicians because we have many night operations – mainly freight – that land between midnight and 3 AM. To continue offering this service effectively, we will need more staff in the future.”

The aviation industry is currently going through challenging times regarding the shortage of pilots and A&P Technicians. To combat the issue, Pryor Field Regional Airport is starting to build relationships with local organizations to bring awareness and provide pathways into the aviation workforce. Fox states, “One of the most important things we can do as aviation professionals is foster the next generation to become aviation professionals.”

Fox is committed to being more involved with the community. He emphasizes, “The airport doesn’t belong to the pilots and the staff but to everyone, as the airport generates income for all. While we don’t operate commercial services, our airport receives an annual average of 10,000 passengers. The large number is thanks to the influx of business aviation at the airport.

According to ALDOT’s economic study, we are responsible for $14.8 million in economic activities annually and push into the community $815,000 worth of local taxes. But these numbers are somewhat outdated since we’ve outgrown our older operations.” 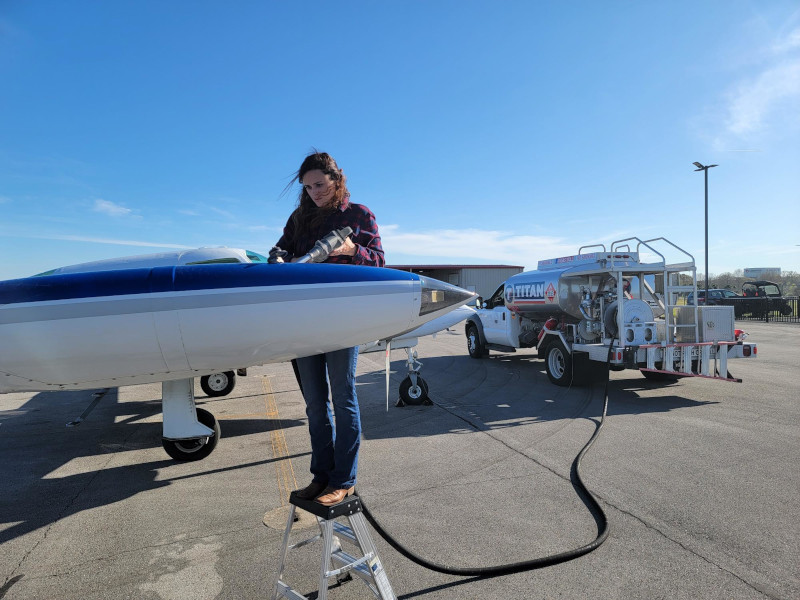 Management at the airport has developed an airport capital improvement plan that was submitted to ALDOT and the FAA. They’ve requested funding of $14 million for developments over the next five years. For the present time, though, the runway is in perfect condition and boasts LED lights, threshold lights, and PAPIs. There is also hope that the surrounding industries will be able to assist in providing new technology and growth, especially with Calhoun Community College offering multiple highly sophisticated programs.

Although Pryor Field is considered a Regional Airport according to the FAA, the state of Alabama classifies the airport as a National Airport because it connects the Tennessee Valley to the entire country. There are  large aircraft like the Boeing 737 and Douglas DC9 that operate at Pryor Field but originate from Mexico and Canada. In the next three to five years, Fox says, “We would love to push forward while circling back. This entails developing the airport, while retaining the old elements and the soul of this historic airfield. Pryor Field Regional Airport was founded in the 1940s and used as a training site for the military. There are currently two original hangars and a beacon tower left on the field, along with more heritage assets at the airport.

It’s Fox’s vision to put work into retaining and maintaining the timeless hangars, while introducing new elements that will catapult DCU into the future. He shares, “I am eager to take the Tennessee Valley to the next level, to see what the airport can do to serve the community and help it grow as a whole.”

What: One of the busiest general aviation airports in the state