Situated on 1,150 acres in the northeast part of the City of Philadelphia, Northeast Philadelphia Airport (PNE) is Pennsylvania’s fifth busiest airport, providing “on-call” U.S. Customs, Immigrations and United States Department of Agriculture services to corporate international travel. In 2019, the words ‘resilience’ and ‘renewal’ were front and center at PNE, where the outlook at the time was full of sunshine at the largest general aviation airport in the region. One year later, thanks to the impact of COVID-19, that two-word focus has become more important than ever, as Airport Manager John M. Brewer Jr. and his dedicated staff seek to rise above funding cuts, cancellations, staff shortages, and sickness. And keep a positive attitude.

Brewer accepts the challenges without any sense of complaint – just an acknowledgement that it has been an incredibly hard year that has taken a lot of effort to ride out. Operationally, air traffic took a hit in 2020, as well. Northeast Philadelphia was at one point down to 40 percent of regular traffic. In December, they were still down about 20 percent from 2019 even after some internal adjustment to correct the figures regarding traffic numbers. 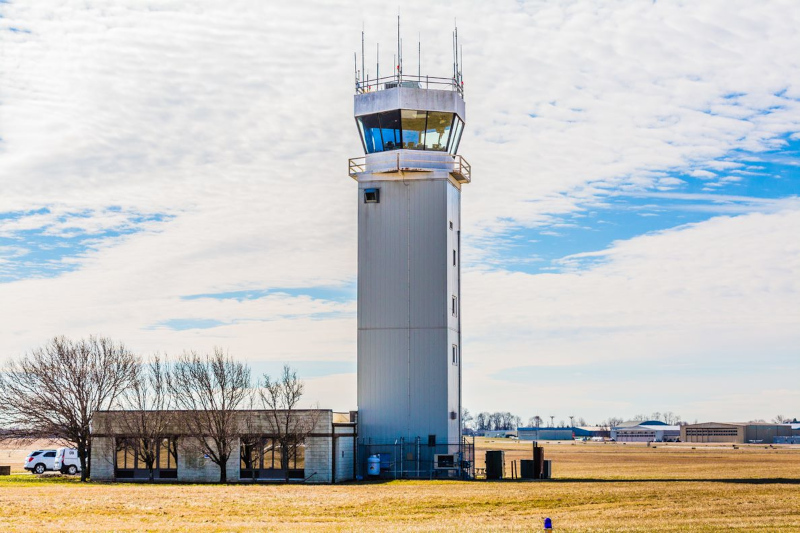 “As a result of COVID and the ensuing pandemic, our federally staffed FAA Air Traffic Control Tower reduced its hours dramatically,” Brewer explains. “For years, the tower would open at six in the morning not closing until 11 at night. When COVID hit, the FAA reduced the operating hours of the tower with it now opening at 8 in the morning and closing at 4 in the afternoon. So where the tower had been operational for 17 hours a day, they were now only open for eight hours a day. The significance is that the tower controllers count and report the air traffic operations. There were many air traffic operations not being counted during the 16 hours a day the tower was closed. Using noise detection software at Philadelphia International Airport, we could see those operations and determined approximately 1,000 air traffic operations were not being counted on a monthly basis. So, while the official FAA count appeared bad on paper, and was still quite an alarming reduction, it turns out the reduction in air traffic was not as drastic as we initially thought.”

The Northeast Philadelphia Airport has a long history of bouncing back. Originally known as the North Philadelphia Airport, it housed the Engine 18 fire station and was just a grass strip airport. In 1942, the United States Army Air Corps took over and paved three runways so they could accommodate the wind no matter what direction. The airport was used as a training base and there were barracks in service right up to the 1990s. At the end of WWII, the airfield was turned over to the City of Philadelphia that continues to own and operate it along with Philadelphia International. A slow down in the 1970s which worsened into the ’80s, saw commercial traffic dry up, the fire station close, and the airport fought to re-invent itself. What saved it was the fact that the airport was run by the city and had access to the resources of Philadelphia International, becoming what is today the busiest General Aviation airport in the State of Pennsylvania.”

Flight schools at the airport have played a significant role in its growth. The Legacy Flight School is the longest standing and offers certificates from the private pilot up to commercial, multi-engine, and flight instructor licenses. Brewer admits, “The flight schools weren’t allowed to operate for a little while because of the pandemic, so they were negatively impacted, but they have come back. We now have four schools at the airport. Three are very small and one is larger. They’re very optimistic that next year is going to be a much better year and I think we’re all hoping that as well. Aviation is pretty resilient; aviation will come back.”

The airport did receive money from the CARES Act. With an infusion of $157,000, they were able to keep on top of payroll and labor costs, while being fortunate enough not to require any layoffs or furloughs. “We are also in need of funding for infrastructure improvements because air traffic will come back to pre-pandemic levels and we need to be ready when it does,” says Brewer. “We had some infrastructure projects that fortunately we were able to continue, but there was another one that was put on hold, and there are also some future projects that now may be delayed. But if we can get money to start them back up, we can keep them going and be able to build the infrastructure the way we need to, so we’re ready for what the future holds. These projects would also put a lot of people back to work and help stimulate the economy, which I think is really what everyone looks forward to and needs right now.” 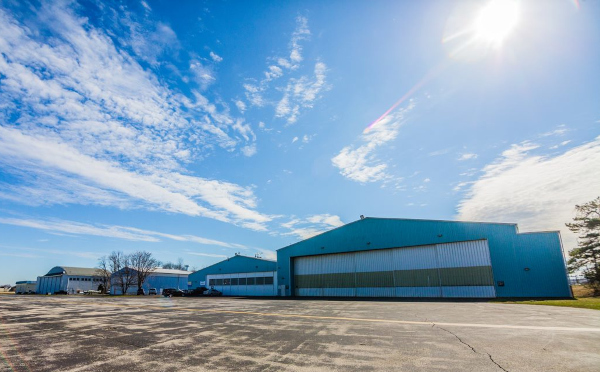 According to Brewer, “During December 2020, we had a pre-construction meeting for the third and final package of the Runway 6-24 reconstruction project. This third package will take place during 2021. It was the same designer, Atkins North America, who designed all three packages, as well as the same contractor, James D. Morrissey Inc., which has been incredibly helpful in terms of continuity. The airport could not be happier with the work of both Atkins and Morrissey. Another contractor working on the runway project is Global Electric, whom Morrissey subcontracted to do all of the electrical work. As luck would have it, the owner of Global Electric is a pilot, making working with Global on the airfield much easier because he understands and is passionate about aviation and the rules and limitations of working on an airport.”

There are other projects waiting in the pipeline to include the issuance of two Request for Proposals (RFP), the rehabilitation of a taxiway and the rehabilitation of another runway. There are currently two FBOs on the airport, and the lease for one is set to expire. The first of the two RFPs is for a new Fixed Base Operator (FBO). There is always a sense of excitement when issuing an RFP, especially for a new FBO and seeing how that FBO will help reinvent the airport.

“And our second RFP is for a solar field,” says Brewer. “We have this piece of land on the airport that is just not a good fit for either aviation or non-aviation development, but is perfect for a solar field. This plan is in its infancy, but we are hoping to create a field large enough that we can power the majority of the airport including the airfield and maybe even sell some electricity back to our current electrical provider. In terms of federal grant money, we were hoping to be awarded a grant for the rehabilitation of our crosswind runway, Runway 15-33. But it looks like we are going to need to rehab existing Taxiway Lima prior to Runway 15-33. Taxiway Lima is approximately 5,000 feet in length and with the amount of work needing to take place on that taxiway would necessitate a two or three year project. We would then look to secure grant money for Runway 15-33 immediately following the Taxiway Lima project.”

Northeast Philadelphia Airport is a large general aviation facility with an on-field population of around 200 aircraft that includes everything from the single-engine through twins, jets, turboprops, and helicopters. Latest tenant construction to be completed on the airport was by CHUBB, who constructed a corporate aircraft hangar housing Gulfstream 450, 550 and 650 jet aircraft.

“I spoke to all of the tenants over the year and, remarkably, revenue at the airport is only down around 10 percent over the last year,” Brewer concludes, “and so the truth is that we are all optimistic about the future. Next year will be a great year… before the pandemic hit, through 2019 and into March of 2020, we had record numbers of air traffic. It was off the charts. People recognize the importance of this airport. The economic impact of Northeast Philadelphia Airport on the local economy averages over $300 million a year. The airport is thankful to its flight schools, corporate operators, charter operators, private aircraft owners, and the many other aviation and non-aviation tenants, all of whom contribute and make that impact possible. There are approximately 2,000 employees who rely on this airport and aviation to make a living. Our numbers will come back.  As I said before, aviation is resilient, the future looks promising, and this airport will only get better and better.”

What: Busiest General Aviation airport in the State and 5th busiest airport overall in the State, with Philadelphia International Airport being the first.

Where: Northeast part of the City of Philadelphia, Pennsylvania