Oneonta, New York is a small city with the heart and amenities of a big one.

“We are a low-density, tightly knit community, but we also have two excellent colleges right here in the City of Oneonta,” says Oneonta Mayor Gary Herzig. “We have an airport, an interstate, a railroad and a magnificent, beautiful, natural environment. We have opportunities for hiking or boating or skiing or just about any outdoor activity. And we are only 30 minutes from a major tourist attraction, which is the Baseball Hall of Fame in Cooperstown, New York.”

Located in Otsego County, Oneonta has a population of around 14,000, which has remained stable during the past decade. But when the COVID-19 pandemic forced people across the nation to work from home, it shone a light on the benefits of small-town living, and with that a shift away from big cities. And Oneonta is primed for those looking for a fresh start. “As we move out of COVID, there’s a greater demand for less density. People have learned they can work from home, they can operate their small business remotely,” Herzig says. “We are already seeing a much greater increase in people wanting to live and work here than we have in recent years.” 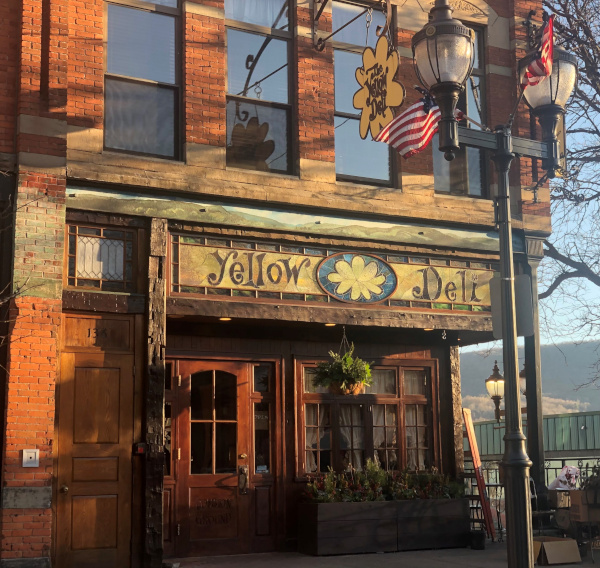 And with new residents comes the need for new business. “I think we are positioned very well through this pandemic right now,” says Otsego Chamber of Commerce Interim President Al Rubin. “I think we have a lot of creative people within our business community really looking to cater to what the market might bring.”

The Chamber of Commerce is also working hard to make Oneonta an ideal place for businesses to relocate. “I think the pandemic has really shown us that collaboration between the economic partners and the municipalities, such as the City of Oneonta, are very important in building public and private partnerships to really encourage businesses to come here and also encourage the things that businesses need – a good workforce, good housing, things like that,” says Rubin. “Everyone is being pushed to be on their game right now. We are doing our best to engage as many people in that process and continue to build synergies with people that are going to have the most impact. We are all focused on being results driven and time is somewhat of the essence right now. It’s almost like a race for communities like ours to try and get the potential piece of that pie that’s out there for us. And I think we are engaged and ready to move forward with that mindset.”

The city has plenty of room for new business. They jointly operate a business park with the town of Oneonta, which has up to 40 acres of developable property. And they are also working on developing a new business park which will be called The Oneonta Rail Yards. “That park is one of the larger available vacant pieces of property within the city,” says Jody Zakrevsky, CEO of Otsego Now, a group of agencies in Otsego County focused on development, capital, and the arts. “The park consists of about 78 acres, 37-38 are fully developable. It includes green space for biking and walking trails that we are planning.” The new business park is located at the former site of the world’s largest roundhouse, which was torn down a few years ago.

“Oneonta grew as a city in the early 1900s as a railroad center,” Herzig says. “The Delaware and Hudson railroad constructed the largest roundhouse in the world at the time, as well as repair stations for their train cars. That attracted jobs and people. A great diversity of folks came – immigrants came from around the country and the world to work on the railroad. Of course, the railroad doesn’t exist on the same level it did then and those jobs are gone, but the railyard business park is in the location of the roundhouse that attracted jobs that were at the center of Oneonta’s economy. We look forward to having that new business park there and it once again becoming an economic center and an economic engine for the City of Oneonta.”

They are hoping the new park will attract new industries to the area, including electronics and life sciences. “Just outside the City of Oneonta is Custom Electronics, which is a very successful enlarging company that does a lot of advanced electronics. Their sister company is called IOXUS and they do major ultracapacitor work,” Zakrevsky explains. “We are trying to look at an electronics corridor in Oneonta that positions us between the City of Binghamton and the City of Albany.” 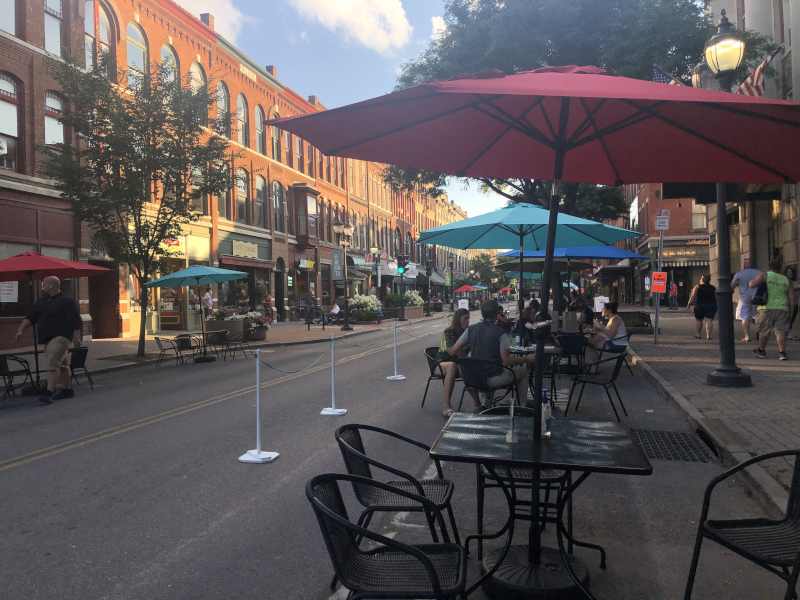 In addition to the business parks, Oneonta is also undergoing a major renovation of its downtown core, thanks to New York State’s downtown revitalization initiative. Herzig shares, “We have an absolutely beautiful, historic downtown. We were selected as one of Governor Cuomo’s first round downtown revitalization initiative winners. There’s a competition each year for $10 million, which is designated to be used not only as an investment, but to leverage private investment into your downtown.”

They’ve already begun to see the results of that investment with the ground-breaking of a project in the middle of downtown that will provide 40 loft workspaces for local artists. The facility will also become the home of Hartwick College’s Grain Innovation Center. “Hartwick College is recognizing that we live in an agricultural region that has a growing interest in new forms of grains such as artisanal grains and ancient grains,” says Herzig. “These are of interest to growers, of interest to brewers and bakers. And because this is a fairly new field, there is very little out there in available research and laboratory services.”

The Grain Innovation Center will be a hands-on student project that will provide research and laboratory testing services to regional agribusinesses that are involved in the grain industry. It is being built in a former municipal parking lot. The Innovation Center was inspired by Hartwick College’s Center for Craft Beverages. Herzig explains, “Similar to the Grain Innovation Center, craft beverages was a growing industry and there was not available laboratory testing and research for breweries. So Hartwick College set up a center for craft brewing that can provide those services and it turned out to be a bigger success than even they anticipated.”

Oneota is also in the process of designing a new transit hub to be located in the heart of the city’s downtown, and they have a begun an initiative to spruce up existing storefronts. Oneonta was awarded $2 million in grants for local businesses and property owners, so they could renovate their building facades, put up new signage, and convert some of the upper floors that have been vacant for decades into quality, market-rate housing.

Looking to the future, Herzig hopes that Oneonta will continue to grow, while keeping that small-community feel. He shares, “In order to accomplish that we are looking to develop a greater variety of housing options for all income levels, whether it’s affordable housing or executive housing options. We are also looking to increase the number of job opportunities and make sure that we have the infrastructure, in terms of broadband fiber optics, to be able to support small businesses that can operate here, as well as the people who work remotely, without having to live in a bigger city.”

They also hope to continue to build on innovation through the colleges and establish Oneonta as a center for business. “Continuing to build on that incubator space concept, maybe being a hub for some of the new commodities that may be coming forth,” Rubin says. “It could be anything, could be hops, could be hemp, could be electronics and batteries. Just seeing if we can find some innovative things that will really engage people to want to be here.”

What: A small city with the amenities of a big city; population 14,000

Where: Otsego County in the foothills of the Catskill Mountains of New York

One of the oldest colleges in the country, Hartwick College has a proud history of constant adaptation. Always evolving to meet students’ needs, the College now reinforces that dedication with a focus on career-readiness.

At Hartwick, career readiness is more than resumes and interviews. This is incremental preparation that begins with the StrengthsFinder assessment tool, continues with skill-building workshops and Pathway Planner technology, grows with faculty-led international experiences, builds with an integrated and relevant academic program, is strengthened by real-world work experiences, and develops through the mentorship of alumni and the support of a personal Guidance Team. Whether they study business, nursing, criminal justice, political science, or a combination of the College’s 35 majors, Hartwick graduates are ready to be just what the world needs.

This is FlightPath, Hartwick’s distinctive approach to education for tomorrow. It’s relevant, it’s timely, and it’s just the right connection between college and career.

Go to www.hartwick.edu/FlightPath/ to learn more.