A City of choice

Business View Magazine interviews representatives from North Canton, OH, as part of our focus on best practices of American cities and towns.

North Canton is a city brimming with hope and enthusiasm. Situated 20 miles south of Akron in Stark County, the city of more than 17,000 is poised to become the small business capital of northeast Ohio. Offering a safe, vibrant community with a diverse economic base, North Canton has managed to maintain a sense of stability and even growth, despite the uncertainty of the COVID era. USA Today ranked North Canton 42nd overall in their list of “Best Cities to Live in America.” The city has rallied behind its community, its public institutions, and committed itself to a shrewd plan of action, first undertaken in 2019, when Mayor Stephan Wilder took the helm. With a focus on a diverse economy, inclusivity, and sustainability, North Canton positioned itself to weather oncoming downturns or unforeseen crises. What may have seemed like good sense in 2019, now appears particularly prescient in the Fall of 2020. As far as the North Canton administration is concerned, there’s a simple truth behind their foresight and planning: “Once bitten, twice shy.”

Historically, North Canton was home to the Hoover Company. Founded in 1919, just after World War I, the city underwent rapid growth through the late 1960s and into the early 1970s with Hoover as its principal employer. However, when the Hoover Company shut its doors in 2007, the fallout was immediate. “That had a significant, immediate impact on the city’s finances,” says North Canton Director of Administration & Economic Development, Patrick De Orio.

The loss of the Hoover Company in North Canton laid the groundwork for future community planning. The new strategy for the city was economic diversity. Today, the top employers in North Canton are Walsh University, the North Canton City School District, and its hospitals and medical providers. Along with these larger institutions, the city has worked to encourage small businesses. “We’re really a small business community,” says De Orio. With the election of Mayor Wilder in 2019, the city doubled down on its efforts to promote and develop its small businesses. Employing a new strategy of land banking, North Canton has set itself on a course for growth. 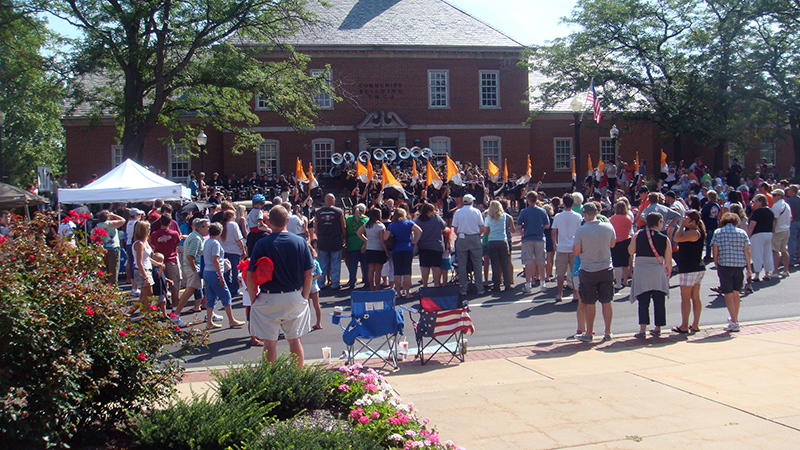 Land banking has gained popularity for suburban and sub-rural municipalities in the wake of the 2007 economic crisis, and low interest rates have enabled such initiatives to thrive. “Land banking, to us, means acquiring properties so that we can redevelop them to a higher and better use,” says De Orio. “The North Canton business district is comprised of a lot of small parcels with a lot of small, older buildings that aren’t as conducive to today’s small business environment. So the mayor wants to land bank— to buy these properties, acquire them, put them together, re-parcel them into something with a little bigger footprint that would attract today’s small businesses.” Under the new Mayor, North Canton aggressively pursued this opportunity. “We have bought a dozen properties in the first six months of the Mayor’s administration,” De Orio adds. “One such property is the former Kmart in North Canton and we’re also acquiring the other 27 acres of land surrounding the Kmart, so we now have a 30-acre parcel. The large plot is an ideal corporate campus, and the city is currently in talks with a financial technologies company. That’s very exciting to us.”

Mayor Wilder, under whose leadership the program was initiated, sees the broader implications of the land bank venture. He explains, “What sums it all up is that we’re trying to maximize the economic impact and community benefit of new development opportunities. We’re trying to expand opportunities for recreation and active living, social interaction, and as we look at repurposing the buildings or adding new structures to business, new commercial, or even some residential development, we’re trying to accommodate the need and the preference of current and prospective residents, including housing options and amenities.”

With an eye on such growth, however, the city is also emphasizing the importance of sustainability and inclusivity. “Another priority,” says Catherine Farina, North Canton’s Deputy Director of Administration & Economic Development, “is a sustainability plan with a focus on environmental responsibility while also creating a more inclusive community.” Farina notes that even seemingly small sustainability initiatives, such as replacing street lamps with LED bulbs, help the community by “reducing maintenance and municipal greenhouse gas emissions.”

The city has also enacted more robust programs in an effort to reduce baseline energy consumption from the operation of local government. According to Farina, “We looked at our large city hall building, we looked at our water treatment plant, we looked at our local government operation buildings to analyze the energy usage and see where we could help put in some measures.” One such measure involved the installation of a building management system (BMS) which maximizes energy efficiency in government buildings. While these efforts help the city to reduce its environmental footprint, it also saves costs. And these savings are being redirected for the good of the North Canton community.

In the Spring of 2021, North Canton is slated to break ground on a state-of-the-art, inclusive parks project at Dogwood Park. Planning for the 22,000-square-foot park involved consultation and input from Akron Children’s Hospital, and the park will be fitted with accessible playground equipment. The park development is a testament to the spirit and enthusiasm of the community and its institutions. “There’s nothing else like it in the multi-county area surrounding it,” says Mayor Wilder. “It’s taken us several years to get to this point and a lot of philanthropic contributions that everyone here has worked on; a lot of donations make it all possible.” Mayor Wilder is quick to highlight the contributions of the Hoover Foundation, which remains an important fixture in the community, as well as the Akron Children’s Hospital, whose contributions will go towards the construction of a children’s performing arts pavilion in Dogwood Park.

Since 2012, the city has been working from a long-term city plan that was first developed in collaboration with Kent State University. North Canton’s business district has been a major focus of that plan. “We’re turning the downtown corridor into a friendly, walking district,” De Orio reports. “We’ve made commitments to widen the sidewalks in a streetscape environment the entire length of the main street corridor. We’re connecting a development at the far end of that corridor called Field Crest, which is a historic district. There are attractions relating back to the Hoover Era – a lodge, a bed and breakfast, and about fifty acres. We’re connecting that to Main Street via a sidewalk.”

Improvements to city infrastructure along the corridor are a top priority for establishing the business district as a vibrant and walkable downtown corridor. A review of municipal zoning is another priority for Mayor Wilder, with the goal to “provide the incentives to developers to come in and acquire rows of homes in blocks of the city and redo them. This will allow for a higher density in the core, while still enabling the city to deliver the same efficient city services to that location. There’s obviously a huge advantage to the city if there are more people there.” 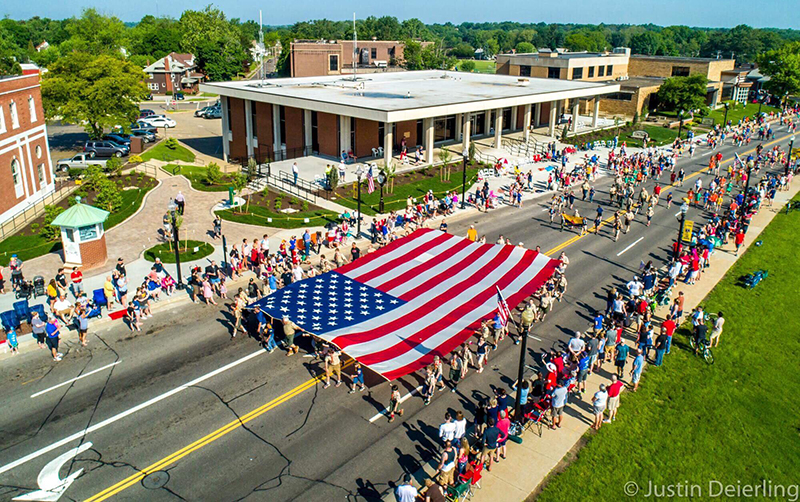 He adds, “We’re working on community growth, to have a diverse local economy where people have an opportunity to grow and develop. We want to maintain a healthy and safe community, for people to be active, healthy, and have a high quality of life. We want to be ‘Clean and Green.’ We’re very much aware of the importance of being environmentally sustainable and having a healthy balance of our natural and our urban spaces.”

The city’s holistic approach to community planning is a refreshing take on urban/suburban development that is already paying dividends in this time of uncertainty. The Mayor acknowledges, “Economic diversification has positioned North Canton to be better insulated from the effects than most other communities with large employers. We still want to be energized. North Canton is still a caring and thriving community; a place for the arts and culture and heritage, with diversity and inclusivity. Even with the challenges that we have in our world today, we’re very much aware of how we can try to be the best that we can be for all the citizens in our city.”

As North Canton enters its second century, it has developed the programs and initiatives to promote stability and growth, and to provide opportunities and options for any prospective business ventures. The city has put itself on a course to prosperity. As Mayor Wilder says, they’re working hard every day to make North Canton “A city of choice.”

WHERE: In Stark County, south of Akron

We at RTH pledge to exceed the expectations of quality and value while providing service to our clients with the most knowledgeable, friendly, and professional servicemen and women in our industry. We will always strive to deliver to our customers a genuine and most cost-effective solution for each individual opportunity.