Business View Magazine interviews representatives of the Town of Niskayuna, New York for our focus on Economic Development in U.S. Towns & Cities

Niskayuna, New York is filled to the brim with residential character. The town of 20,000 located near Schenectady is lined with charming homes, walkable streets, and a strong connection to nature. But that doesn’t mean they lack those big city amenities.

Niskayuna is home to one of the premier school districts in the area, a sprawling General Electric campus that employs many of its residents, and is also home to the Knolls Atomic Power Laboratory. 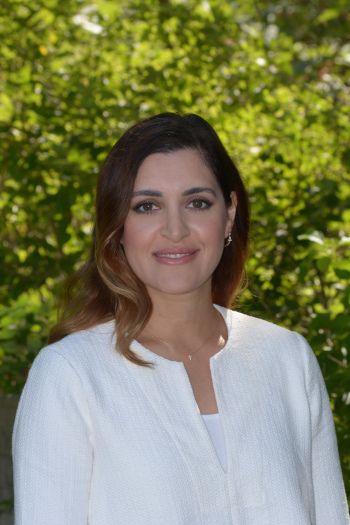 “We have a burgeoning engineering and tech scene, but you wouldn’t know it because it’s a town that is very residential in nature,” says Niskayuna Town Supervisor Yasmine Syed. “We pride ourselves on that. Our planning board has done an excellent job, and our Town Planner as well, of always balancing bringing in commercial enterprises with maintaining the residential character of the town.”

Contributing to the character of the town are Niskayuna’s many outdoor recreational opportunities.

“We have a great network of parks, many of which are interconnected, because almost three sides of Niskayuna are bordered by the Mohawk River,” says Laura Robertson, Niskayuna’s Town Planner. “We have the Empire Trail that starts in Albany and goes all the way to Buffalo and a piece of it runs through a vast majority of Niskayuna, which is just a huge resource for our residents. People enjoy it year-round.” The town is also home to Lisha Kill Nature Preserve, one of the state’s premier Nature Conservancy parks. Robertson adds, “There’s a lot of opportunity for people to get outside and exercise and connect with nature and the river. It’s very beautiful here.”

Last year, the town joined with the New York State Canal Corporation to take part in their Canal Staycations initiative, to help promote the canal as a recreational experience and draw attention to the many hospitality opportunities that can be found along the banks. People could pick up a free kayak from Mohawk Harbor in Schenectady and kayak along the canal to the Lock 7 boat launch in Niskayuna. They could then borrow a free bike to loop back to Mohawk Harbor by land. For the second year, the Town of Niskayuna will be offering residents kayaks for use on the Mohawk River. The kayak rental “kiosk” is located at Aqueduct Park on Aqueduct Road in Niskayuna. Rentals are $60 for a pair for three-hour intervals and are available seven days a week. The low-cost rentals will run through the fall.

“We are grateful for the Canal Corp for inviting the Town of Niskayuna. They’ve invited us to partake in a lot of events and a lot of the push to get everybody out enjoying the canal and being in nature,” Syed says. And the canal offers more opportunities than just kayaking. As Kevin Walsh, Niskayuna’s Planning Board Chairman boasts, “Don’t forget about fishing and recreational boating, too. Besides kayaks you can use power boats such as pontoon boats and cruisers. The historic Erie Canal locks opened recently and it’s free for recreational boaters to go through the locks.”

Niskayuna residents don’t just enjoy the natural opportunities their area affords them, they have also made a conscious effort to help sustain them. The town has been a designated Tree City USA for the past 15 years. Sponsored by the National Association of State Foresters and the United States Forest Service, the program recognizes cities and towns for their urban and community forestry. Tree Cities have a tree board or department, an established ordinance for tree care, a community forestry program and an Arbor Day observance and proclamation. “We love planting our street trees,” says Robertson. “We like to do environmental things and keep the town green, so that’s something that is pretty cool.”

In addition to planting trees, they have also focused their efforts on several other eco-conscious initiatives. “The town is very committed to reducing miles travelled, working on greenhouse gas emissions, and being very green,” Robertson explains. “We’ve been installing a lot of electric vehicle infrastructure. We are going to continue to try and make our town much more energy efficient and more clean-energy driven. We really want to set the bar for moving the town forward on a lot of issues we’ve heard are very important to our residents.”

To help reduce miles walked, Niskayuna has worked tirelessly to make the town as walkable and bikeable as they can. “We take that into consideration with any applications that we get – to try to promote walkability and bikeability,” says Walsh. “So, feasibly you could come out of your house or apartment and you could go pick up some groceries, you could get a haircut, stop at the hardware store all while leaving your vehicle at home.” 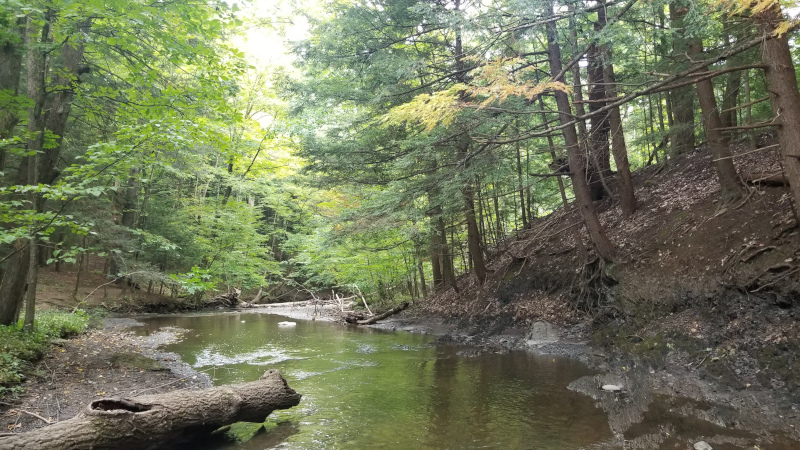 Being walkable and bikeable is the motivation behind the town’s plan for its Town Center Overlay District – a small triangle of the town that is been developed to become a walkable business district.

“We recently approved some restaurants and a locally-owned hardware store in our Town Center Overlay District,” Robertson notes. “It’s that walkable, heart of your suburban community downtown.”

They’ve also used the area as a way to help encourage more small businesses to start up in town. “We encourage any unused square footage to be put back to use,” Walsh explains. “We do what is called change-of-tenant reviews to try to help the potential business fit within the community and make sure it’s reasonable, useable and have service to the community.”

That being said, square footage in town is at a minimum. Housing inventory is low and there isn’t much room for expansion, which suits the town’s desire to maintain its residential charm. Robertson admits, “We are pretty built out. Our growth estimates are small. We are just over 22,000 now and we see the town having the possibility of growing to maybe 24,000 and actually levelling back off at 23,000. But we don’t have the exponential growth that you would see in places like Clifton Park where subdivisions just continually occur.”

When they do find room for expansion in town, they make sure to use it wisely. They currently have a major project being built along the Mohawk River that was a former automotive junkyard. Now it’s being transformed by developers Peter Luizzi & Bros. Construction into a 260-unit apartment complex that will include sprawling river views, a pool, clubhouse, putting green, bike trails, and parkland.

Syed confirms, “It’s going to be beautiful. We like to call it one of the most transformational developments in the town of Niskayuna.” Part of that transformation involves a cleanup and beautification of the Aqueduct parkland, including repurposing remnants of the former Erie Canal.

According to Robertson, “There’s probably at least 1,000 aqueduct stones that had just been sitting there in disrepair with vines and invasive species growing all over them and nobody could really see them. Most people didn’t know what they were, it was pretty unsightly. This developer has offered to essentially reassemble some of the Erie Canal, so they’re installing retaining walls and things that are made of the Erie Canal stone. They’re putting in patios and things that kids can climb on, all made of these Erie Canal stones, so people can touch them and see that history.”

To help with any habitat lost from the development, the developers will be planting hundreds of trees in the area. Robertson adds, “It’s all going to be native species, flowering species, perennials… so that not only are humans benefitting from this revitalization of this park, but it will be a really good habitat for all the things that live along the river. We are really excited for how it’s going to look when we are done.”

The $26-million project will also connect Niskayuna with the Hudson Bike Trail which goes into downtown Schenectady. Syed recounts, “It’s overlooking the Mohawk River and connects all the way into the downtown district; into a casino and all the great shopping and great restaurants. It’s going to be a neat place for our residents because they are essentially going to be right down the street from all that, but they are still going to be in beautiful Niskayuna where it’s quiet.”

As the town moves into the future, Niskayuna will prioritize keeping their residential character, with a renewed focus on walkable and bikeable spaces for residents to enjoy. Above all, this is a community with much to be proud of – now and for generations to come.