“Exploits” along the river

Grand Falls-Windsor, Newfoundland, was once a town defined by industry. A pulp and paper mill set up in the town in 1905 because of the Exploits River that generated enough hydro to sustain it, but when it closed in 2009, the town didn’t let that destroy it. Instead the municipality dug in and decided to create a new identity in the tourism industry with mountain bike trails, cross-country skiing trails, and river sports like canoeing and kayaking. The river, itself, is abundant with salmon swimming upstream and a unique underwater observatory allows tourists to view the fish as they struggle to reach their breeding ground.

When the mill closed it could have been detrimental to the town, but bridging into tourism has helped keep the local economy thriving. Lawrence Ducey, Grand Falls-Windsor Manager of Economic Development admits, “There is much more to do but we continue to develop our community as very much a tourism destination. One of the biggest attractions is the river. That was the reason why the pulp and paper mill was first founded here a hundred years ago, for hydro power generation, and it continues to be a main source and attraction for our community. Now more so from a tourism perspective, although the hydro generation continues. It has really become a focus for us from a development perspective and a tourism aspect; river rafting is a big attraction for people coming to visit our town and we’re looking at further investments around the river – in terms of making it more accessible to local residents and visitors alike.” 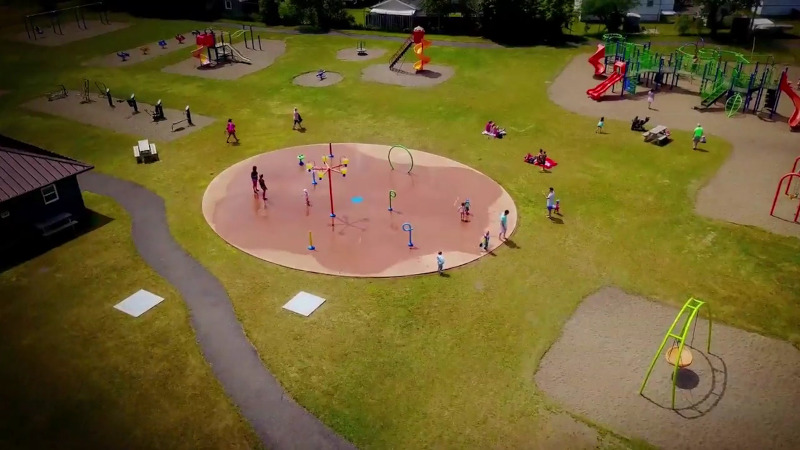 Grand Falls-Windsor (population 14,000 and growing) is the largest municipality in the island’s interior making it a service centre for many residents of that region that don’t necessarily factor into census numbers. It is located in the centre of Newfoundland; an hour west of Gander, two and a half hours west of Clarenville, four hours from the capitol of St. Johns, two hours east of Deer Lake and five hours east of Port Aux Basques. The town itself consists of the former towns of Grand Falls and Windsor. The Newfoundland and Labrador Route 1 runs through the middle of the municipality, with exits for Main Street, Station Road, Cromer Avenue, Union Street, Grenfell Heights, and New Bay Road. The municipality is working toward creating a downtown that’s more accessible to pedestrians.

In 1768, Lieutenant John Cartwright discovered the site where the town now sits, while following the Exploits River through the Exploits Valley. He named the waterfall he found Grand Falls. The land was undeveloped until 1905, except for the Newfoundland Railway which ran about 4 miles north of the Falls. In 1905, the town of Grand Falls was formed as a company town. Alfred Harmsworth (Baron Northcliffe), was worried about war in Europe and began searching for a local spot to make newsprint for his family newspaper and publishing house. During their search for a location to build the pulp and paper mill, Harold Harmsworth and Mayson Beeton decided on Grand Falls. They chose the site because it had access to lumber, hydroelectricity, and a deep-water port nearby. That same year the Harmsworths and Robert Gillespie Reid, owner of the Newfoundland Railway, started the Anglo-Newfoundland Development Company (AND), and the mill was constructed and opened in 1909. Only workers from private businesses were permitted to live in Grand Falls. Other people settled north of the railway in a town called Grand Falls Station, which became Windsor, named for the British Royal Family. 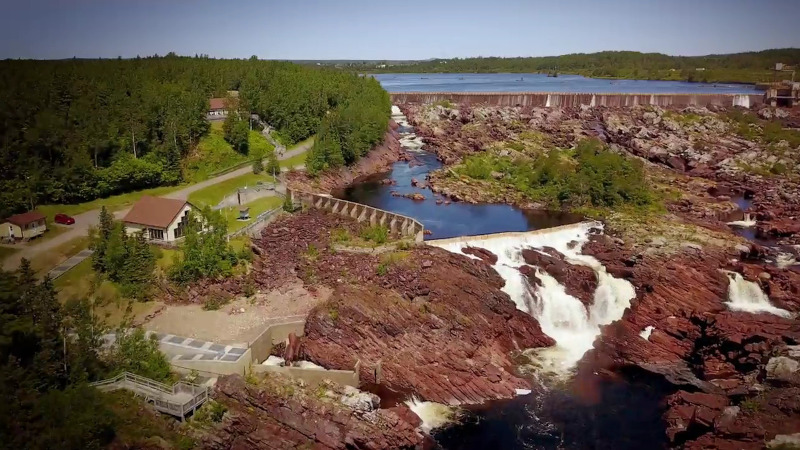 The Anglo Newfoundland Development Company formed Grand Falls Athletic Club in 1907 to give those living there a social and athletic outlet and it helped the town become a vibrant place and grow quickly. In 1961, Price Brothers and Company Limited acquired a large amount of AND Company stock. An election for the first municipal government was held at that time and led to the incorporation of the town of Grand Falls. In 1991, the towns of Grand Falls and Windsor voted to amalgamate, becoming the current town of Grand Falls-Windsor.

The current municipal government continues to try to meet the needs of all their residents. Ducey shares, “We take a holistic approach, although we see certain trends and that tends to draw one aspect of what’s happening in the town, perhaps more so than others. We still work tirelessly to meet the needs of all citizens, all residents, all businesses to the best of our ability, so it’s a great place for young families. We do a great deal for youth. We’re dealing with challenging times, as everybody is, but again the town is taking a leadership role in the community and taking that responsibility to try to step in and meet the needs of our citizens and I think that’s very compelling.” A good example of that happened at the town’s main arena this year. They’ve converted it into an indoor facility for gymnastics and basketball because, although the schools in the town are great, the pandemic has made the playing of sports a challenging obstacle. So the town stepped in to meet those needs.

Robyn Hannaford, Communications Officer, believes the municipality is full of caring people who welcome new residents and tourists with open and loving arms. Through the pandemic they’ve come together like Hannaford has never seen. She says, “Newfoundlanders have a reputation for being friendly anyway, but that’s even more true here in the town of Grand Falls-Windsor, and so far everybody is kind and helpful and the community is so supportive of every business venture that goes on, and of every municipal venture that goes on. It really is the true essence of community and we’ve seen that over the last few months with the COVID-19 pandemic. Everybody has come together to support local businesses that have been struggling over the last few months. The town is certainly helping with that, but so has the community as a whole, I just feel like everybody has come together and that’s especially shown here.”

The town usually spends about $6.1 million annually on infrastructure projects. This year they have focused on expansion of the wastewater treatment facility at a total of $13.5 million, where two new aerated lagoons were built with geotub drying beds. They are also renovating the existing headworks building to improve the primary treatment of the influent. Next year the town will build a UV disinfection building, located at the end of the lagoons for the final treatment of the wastewater before it goes through and exits into the river. They’ve also built a new chalet for the cross-country skiing trails, a wetland recreation facility, an 8-foot wide walking bridge across the Corduroy Brook Wetland trail and a mountain bike trail.

Much like the rest of Canada and North America, the population of Grand Falls-Windsor is aging. The province and private sector have invested in seniors’ care facilities in the town, but Ducey hopes to expand and engage the town’s highly educated population. He declares, “The town works tirelessly to grow the community and from an economic development perspective, we’re very much interested in talking to businesses that have a need. If it’s a human resources need, the education level here is very high. I think that’s important to most businesses and if they do have a need in their growth plan, the people of Grand Falls-Windsor are most interested in talking to them. We have very strong relationships with our education institutions here and would welcome the opportunity to work with any company that has plans for growth.”