You may not realize it, but when you got up this morning and made your coffee or took a shower, and then drove to your office or made your way to an airport, almost every step of your journey was made possible because of the utility construction industry and the hard work of their employees. 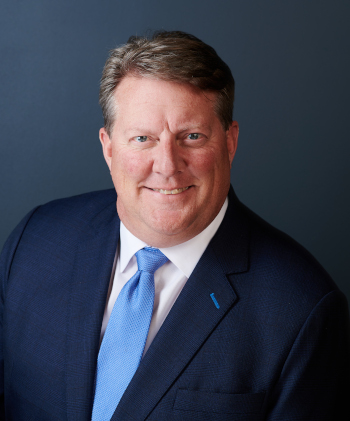 America’s utility and excavation construction contractors build and maintain the nation’s network of underground and environmental infrastructure. The industry is made up of businesses that build utility infrastructure for drinking water, sewer, gas, power, and communication systems, including distribution lines and other integral components like pumping stations and treatment facilities. The industry provides well-paying jobs that support families and communities.

Throughout the United States, there are 25,227 businesses in the utility construction industry that employ about 506,000 people, according to the U.S. Census Bureau’s last national economic census.

There are other construction associations, but what sets NUCA apart from the larger industry organizations are the Association’s 30 state chapters. Each of these delivers a strong, grassroots, local aspect to the NUCA national organization, which has its headquarters in Fairfax, Virginia, just outside of Washington, D.C.

NUCA was founded in 1964, with its founding organizers recognizing the unique distinction between utility construction companies and those engaged in other civil engineering projects. The last 30 years saw NUCA’s fortunes flow with the national economic situation, with the last several years being a building phase out of the 2008 economic downturn.

At the start of 2020, a new CEO was hired by the Board of Directors, Doug Carlson, who brought in his ceaseless optimism and determined ideas to build the organization’s next 10 years. Carlson is a seasoned and distinguished construction association executive, having spent the last 25 years leading two significant state chapters of the Associated Builders and Contractors, a national trade association representing the non-union construction industry.

“NUCA has a terrific opportunity for growth over the next four years,” Carlson says. “My job is to recognize and build the membership growth all of us know exist in the industry. Membership in a trade organization during trying economic times only can help every single of one of today’s and tomorrow’s NUCA members. There is strength in numbers, as every business owner knows.”

In 2020, NUCA is ramping up the organization’s programs and industry presence. New business benefits in insurance and other areas are being added. The Association’s government advocacy program was strengthened last year with a new partnership with E. Wyman & Associates, a leading construction lobbying firm in Washington. Two new NUCA Chapters were added this year, in East Tennessee and New Jersey, with Kentucky not far behind.

With a new Chairman of the Board being installed at the NUCA Convention & Exhibit this February, whose mandate for this year is membership growth, Carlson has created a membership growth program that shows results. Dubbed “NUCA +1”, he is asking each NUCA member to persuade just one business associate to join the national and state associations.

“There are businesses our members work with each day that we know should be part of NUCA,” Carlson explains. “They would gain so much for their own business models by being part of us, and NUCA membership is cheap compared to what they gain in contacts, business benefit discounts, new business, industry information, safety training, opportunities, and networking.”

NUCA is like many trade organizations, offering its members a wealth of events to attend. Besides the annual convention, held this past February 2020 at a superb Tucson, Arizona resort, the national organization also holds an annual fly-in to Washington for its members to meet with their own Members of Congress. 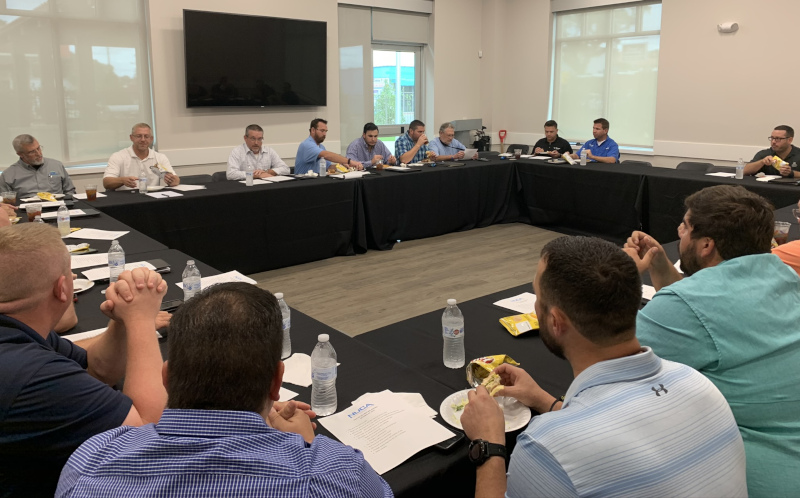 NUCA has 30 state and regional chapters, offering advocacy seminars such as NUCA of North Florida’s recent meeting to discuss their strategy for a local utility sale.

Infrastructure construction projects are on everyone’s minds this year in Washington as the ultimate stimulus for our nation’s reeling economy. NUCA’s Washington Summit this year, tentatively scheduled for late September, will personally deliver a message to Congress that the infrastructure bills being considered this session should be seen as the most effective method to boost our national economic strength. These are projects that have been needed for years to rebuild decaying water systems, obsolete highway structures, and other neglected infrastructure. NUCA is a strong promoter of Congressional infrastructure legislation, such as the FAST Act surface transportation bill.

NUCA’s advocacy program also focuses on industry favorites in the appropriations cycle. The EPA’s State Revolving Fund (SRF) programs, the Water Infrastructure Finance and Innovation Act (WIFIA) loan program, and the Department of Agriculture’s Rural Utility Services (RUS) are some of the most important federal programs that make investments in water infrastructure.

NUCA also heavily advocates for the infrastructure programs proposed by Congress to alleviate the nation’s 2020 COVID-19 economic crisis. NUCA’s members are eager to get started on these projects, since each one helps a local community or large U.S. city restore or replace old water, sewer, and electrical systems, and creates hundreds–or even thousands–of new good-paying jobs.

NUCA is known as a national leader in jobsite safety. Over the last several years, the association’s Trench Safety Stand Down program has been recognized by OSHA and similar state organizations as one of the best programs to instill good workplace awareness in employees. NUCA’s Trench Safety Stand Down program gives a structured opportunity for employers to talk directly to employees and others about safety. These Stand Downs focus on trench and excavation hazards and reinforce the importance of using trench protective systems and protecting workers from trenching hazards. Over 56,000 industry employees and municipal workers participated in the 2019 program, doubling the previous year’s numbers. The Association also offers several other safety programs, such as the NUCA Train-the-Trainer safety education program, as well as local Chapter safety events.

Under Carlson, NUCA is also becoming more involved in workforce development. The industry suffers from a shortage of skilled employees for the foreseeable future, and is seeking to develop, today, its workforce of the 2020s and beyond. Our industry trades can give young men and women an instant, high-paying job without college debt. NUCA is looking to partner with career and technical student organization like SkillsUSA to show to young Americans that the 2020s construction industry is more than just moving dirt.

Information technology innovations are taking hold across equipment manufacturers, achieving tolerances on jobsite construction projects never before achieved. A smart workforce is needed to use these machines when building our nation’s communities. The industry’s fastest growing area is in trenchless technology, developing sophisticated machines that can accurately bore through underground work areas without using traditional cut-and-cover means.

“Our industry and a strong NUCA has a great future ahead, especially as we dig out from under our current national economic situation by rebuilding our nation’s infrastructure. This industry is an opportunity for Millennials to literally build their community and make a difference that can be seen and appreciated every day by their neighbors and fellow citizens,” Carlson concludes.

The National Utility Contractors Association can be found online at www.nuca.com, and has social media accounts on Twitter (@NUCA_National), Facebook (NUCA1964), LinkedIn (NUCA National), and Instagram (NUCA_National). Interested businesses are encouraged to follow this growing trade association for opportunities as “infrastructure” becomes the mantra for 2020’s rebuilding efforts.

WHAT: A trade association for the utility construction and excavation industry