Bouncing back steady and strong

Situated in Jackson-Madison County, McKellar-Sipes Regional Airport (MKL) finds itself in an ideal location between Nashville and Memphis, Tennessee. The region’s landscape is made up of lush, majestic forests. The area attracts visitors for a multitude of reasons, but the outdoor attractions such as hunting, fishing, and hiking are foremost. McKellar-Sipes Regional Airport’s also has an abundance of passengers that travel in and out for business.

The airport has two runways – the first a 6000-foot grooved surface primary runway with a category 1 instrument landing system, the second a 3500-foot secondary runway. The airport also boasts an art-deco inspired terminal and Boutique Airlines flies two flights a day to Atlanta and St. Louis. Also based in the terminal is Hertz Rental Car.

There are 76 airports in Tennessee (five commercial)and McKellar-Sipes Regional Airport is one of the largest regional airports in the state. While 2020 was a tough year for most aviation businesses, MKL has seen a major bounce back in growth. “The last six to eight months have been the best for business at the airport since I’ve worked here,” says Steve Smith, Executive Director at McKellar-Sipes Regional Airport, who has held the position since 2009.

This growth in demand, or uptick, has a lot to do with COVID-19 and other airports having to close. This meant that MLK with its Cirrus Service Center and Tennessee Aircraft Services could take advantage. The next closest Cirrus Service Center was forced to close due to the pandemic. McKellar-Sipes Regional Airport also offers a full mechanic shop service for the public on the field, where they’re able to work on smaller aircraft systems including, Cessnas, Pipers, King Air, and occasional jet aircraft. 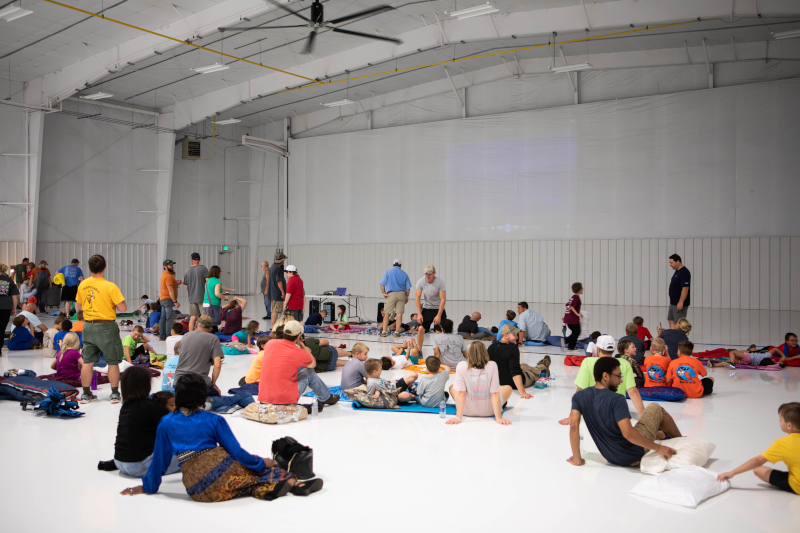 Another reason that more business has come into the airport is the fact that the Tennessee Valley Authority (TVA) is based in, and operates a helicopter from, the airport. MKL is a Flying Training Organization (FTO) with a Fixed-Based Operator (FBO). This means there’s a flight school at the airport, as well as old school aircraft, rentals, and flight training.

By including all these services and improving the airport, the management at McKellar-Sipes Regional Airport can be sure to attract new clientele. “There are a lot of airports within throwing distance of Jackson,” says Smith. “So, we have to work harder, be an airport that folks want to come to.” As a full-service airport that is ARFF indexed, as well as being Part 139 Certificated, this means that MKL can accommodate larger aircraft which fly into the metro area due to the number of major manufacturers in the area. These include Toyota, Kellogg’s, Pinnacle Foods, ConAgra, to mention a few. Having such large companies on the airport’s doorstep means that fuel sales increase.

During the initial peak of COVID-19 there were some slowdowns, but the aviation industry still carried on, just without passengers. Almost all the staff at the airport were still at work. But there was no way to avoid some shortfalls. Smith admits, “We saw a downturn in those months of almost 60%, which was about standard for the industry over the same timeframe. Luckily it was short lived.”

When Florida opened back up, numbers at the airport started to normalize. Within a few months there was a positive cash flow and by the earlier months of 2021, the airport was seeing record growth in based-on-site aircraft, local fuel sales, as well as jet fuel.

Other elements around the airport such as the activity at the flight school also increased. Smith speculates why this occurred, noting, “I think what we saw was that people who had been putting off learning to fly suddenly had time to learn due to the fact they were working from home or not working at all. Attendance was record numbers,” says Smith. Currently, this wave of interest hasn’t died off and has encouraged the school to consider purchasing a simulator, something it hasn’t had for 10 to 15 years.

As more students graduate, some of those new pilots will be purchasing an aircraft and looking for hangar space. And what no one could have predicted was that the corporations were going to up the size of their fleets. The problem of a lack of space became evident when the manager of the FBO informed the airport management that they had run out of hangar space during mid-summer 2021. And it’s not just the airfield but office space as well.

Management at McKellar-Sipes Regional Airport has identified a need to source new revenue, as the Tennessee aviation sector was dealt a heavy blow when the governor of the state reduced the annual budget by $40 million. In Smith’s opinion this budget reduction has had a lingering effect on the local aviation industry. He reports, “This has almost single-handedly stopped modernization of a lot of airports, including ours. It’s also the reason that we put hangar projects, runway overlays, and a lot of other things on hold.” Currently, the airport management is in the early stages of sourcing new avenues of funding.

One project that MKL has on the cards now is resurfacing the runways, which will start in 2023. And, more recently, they have introduced improved technology. In 2015, the City of Jackson announced their 1 Gig plan, which was a project to upgrade its fiber network that offers internet speeds up to 1 gigabit per second to private residences. The airport received several new assets including new routers and computers.

Another tech upgrade has been new security systems. This has been critical for expansion plans, as Boutique Airlines interlines with American and United Airlines, who require the airport to have a TSA presence. “We’re working with the TSA and updating our security systems in regard to cameras, motion sensors, and access control, but without the upgrades from the 1 Gig plan we’d not be able to accommodate their needs,” says Smith.

The airport has also installed a state-of-the-art ramp light system. This upgrade operates with LED lights and lowers usage of the lights if there isn’t an aircraft on the ground. When sensors detect a plane, they power up for 15 minutes and drop the levels when the airplane has moved on. This helps to achieve less light pollution, reduces usage costs, and is greener for the environment.

Management at the airport is also looking at green lighting a possible drone project that would help check perimeters, equivalent roads, and access gates. Overall, it is an exciting time to be in the aviation industry.

One thing that is certain is the fact that COVID-19 has adjusted the outlook of many working pilots and airport employees on their futures in the industry. Smith admits, “A lot of pilots that were furloughed with legacy carriers have not returned to work and have found employment in the corporate world, which means regional pilots are now getting snatched up by these carriers. So, we’re busy trying to retain our pilots. Not to mention finding mechanics and gate agents.” This being said, the industry is stabilizing, and McKellar-Sipes Regional Airport is bouncing back stronger than ever.

What: A commercial and general aviation airport

Where: Madison County near Jackson, Tennessee

Access to Care Close to Home
West Tennessee Healthcare is trusted with the health and well-being of more than half a million
people living across 9,000 square miles of the region. It’s a trust built over more than 70
years by thousands of compassionate physicians, nurses and caregivers.