New Richmond Regional Airport – Getting down to business

New Richmond Regional Airport is making strides as the fastest-growing airport in the Midwest. Located in western Wisconsin, about 30 miles northeast of Minneapolis-St. Paul, it serves around 155,000 people when you consider the surrounding municipalities of New Richmond, Hudson, River Falls, Baldwin, Hammond, Woodville, Glenwood City, Amery, Clear Lake, Somerset, and Stillwater, Minnesota. The airport is also a huge economic driver, contributing over $9 million to the local coffers.

“I have always thought that the main purpose of any publicly owned airport should be to support businesses,” says Mike Demulling, Airport Manager for the New Richmond Regional Airport. “It needs to be part of the business expansion and we know that the typical corporate flight department is going to have about one million dollars worth of economic impact per year. So, we consider ourselves a business airport and that’s her focus. But with a nice business environment and a business-friendly airport, you end up with a very, very nice general aviation airport for the recreational flyer, as well. We do a lot of work with the Saint Croix Economic Development Council to make this happen. I would say they set the tone for the outside world as to a view of what’s happening here in New Richmond.”

A relatively new airport, commissioned by the FAA in 1964, New Richmond Regional Airport originally had a 3,000-foot primary runway with a 2,100-foot secondary turf runway. In a major construction project completed in 1992, the primary runway was demolished and replaced by a new 4,003-foot runway (Runway 14-32). The original hangar area located on the south end of the airport was also updated to allow additional hangars, and a new aircraft parking apron was also constructed. 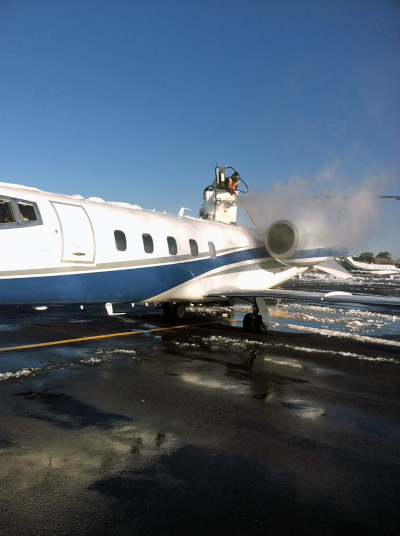 “We have roughly 220 based airplanes,” says Demulling, “a mix of corporate jets all the way down to experimental or light-sport aircraft. We have the equivalent of 70 full-time employees to manage everything including the various businesses on the field, and we have 106 hangers here at the airport with anywhere from three to five being built each year. This puts us in the top five tiers in Wisconsin as far as based airplanes, and it certainly makes us number one in terms of the number of hangars. Right now, we are seeing roughly 40,000 operations per year and that includes everything from touch and go through training airplanes to corporate departures and arrivals.”

The airport is also home to 11 specialty aviation businesses as well as a Fixed Base Operator, East Metro Jet Center, which handles all the fueling, ground support equipment including full and self-service fueling, ground handling, cargo services with an on-site forklift, deicing, ground transportation including crew cars and rental vehicles, and a passenger terminal.

Another point of pride for the airport is that they never shut down. “We will not let winter beat us, ever,” Demulling says with a chuckle. “No matter what it brings us, we will win. We pride ourselves on keeping the airport open 24/7 and having a safe usable airport even during the worst conditions. One of the main reasons we do that is because we have a charter operator here at the airport, Orion Airmotive, and they do medical flights which can occur any time of the day or night. We will always maintain the airport so they can complete their lifesaving missions.”

The year of the pandemic posed a lot of challenges for businesses in every sector and the New Richmond Regional Airport was no exception. In fact, Demulling reports that March of 2020 was the worst month in his 26-year career as airport manager. He admits, “So, we really prepared for the worst, but then you saw glimmers of hope in late April and by the time summer came around business was fantastic. We had a good year and it was actually record setting here at the airport. It completely flipped the switch on what we expected.”

With growth comes continued investment in infrastructure. In the short-term, the airport has purchased nearly 400,000 dollars worth of new snow removal equipment which will be delivered soon. Next on the books is resurfacing the pavement on the south end of the airport that was installed in 1992 or earlier – this will increase the strength of the pavement as well as remedy some drainage issues.

“We have a lot of planning going on over the next few years,” Demulling explains, “New Richmond Regional will be getting an airport layout plan update and we will also be starting work on an airport master plan. That will be looking at planning three miles out from the airport and we are making it quite comprehensive, so it will show how the airport will fit into the community going forward.” There are also some construction projects on tap that include upgrading security gates, adding wildlife fencing to certain portions of the airport, and planning for the next runway upgrades. Strengthening the runway and aircraft parking ramps are imperative for the not so distant future – with the ideal scenario to switch from asphalt to a concrete runway at some point.

Demulling describes the airport as being “quite sleepy from 1964 through 1992.” He notes, “1992 was the first major reconstruction project and that was when we opened the airport up to business traffic. We have had six or seven expansion projects since then, in terms of hangar space, and that allowed us to become self-sustaining and get off the tax rolls. That continues to be a focus for growth. We have shovel-ready sites available in the north expansion and we can have areas for as small as 50 by 50 hangars all the way up to corporate hangars in the tens of thousands of square feet. We have planned it out so that with almost no effort someone could probably start construction within just a few weeks of signing a lease. Our Airport Commission is very knowledgeable and well versed in aviation and they understand the value of a business and how to move quickly to capitalize on it.” 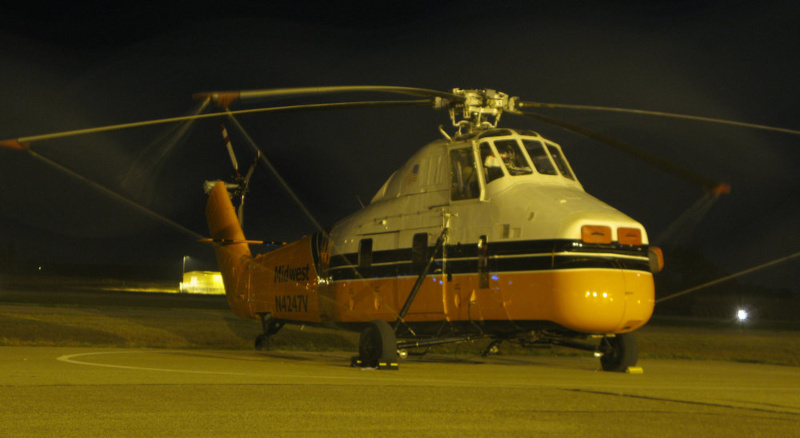 To date, growth at New Richmond Regional has been completely word of mouth, something that has served the airport well, since marketing dollars are not in the budget to start a large campaign. However, as Demulling enthuses, “We do want to get the word out about how great this airport is. We are always looking for any type of aviation-related business. What I’m seeing as the hot market right now is aircraft electronics, the avionics world. There’s a huge demand for that. Most of the avionic shops still have several months worth of work ahead of them as far as the backlog and I think there’s a niche that could be filled here at the airport.”

Although overall aircraft maintenance is a critical part of the industry, there is no real influx of young people getting into aviation maintenance or aircraft repair. Looking ahead, Demulling acknowledges, “Ten years down the road I think there could be a bit of a vacuum for that. So, we certainly want to attract maintenance shops and get them going. Another thing we have ventured into is the drone area. We’ve had a few startups operate here at the airport with their drones and I see a lot of potential in that, as well. We’ve also had several discussions with the local campus of Wisconsin Indianhead Technical College, and we’re looking into some high school programs. We are doing anything we can do to get people to the airport and get them involved in aviation and it’s a lot easier when we start them young.”

Summing up the overall economic draw of the New Richmond Regional Airport, Demulling shares, “I guess the thing is that we see ourselves as an aviation-themed business park – and we are business-friendly in every way. We know the value of a dollar and we run a very efficient operation. But mostly, we want the businesses here at the airport to succeed and we will do everything we can do to help them.”