Every year, as is tradition, the City of Maricopa’s Mayor, Christian Price, delivers his State of City address with an inspiring message and a tribute to a theme. To honor Maricopa’s victories and to celebrate its progress in the wake of COVID-19, last year’s theme riffed on the Pixar Studios movie Up with the overall tone of the address playing on the motif that “Maricopa is looking UP”.

“From that movie, there’s that line: ‘Adventure is out there’,” says Nathan Steele, Chief Economic Development Officer, extrapolating from Price’s quirky take on the city’s recent accomplishments. “Well, in Maricopa, adventure isn’t out there – it’s here. We’re a bit like a secret oasis in that, once people find Maricopa, they’re compelled to come and be a part of it.” And Maricopa is glad to have them.

With an estimated 60,000 residents (a 15 percent population jump from the 2019 Census), Maricopa forms part of the Phoenix metropolitan area, which is surrounded by the incredibly serene Sonoran Desert, one of the world’s most diverse desert environments. At just 18 years old, Maricopa is already the second fastest growing city in Arizona and the 15th fastest in the nation. It also receives high marks as one of the best places to raise a family. Thanks to its southwestern agrarian charm and accessibility to nearby Tempe, Scottsdale, and the “high-tech corridor” of Chandler and Gilbert, the city continues to impress new residents, businesses, and real estate investors alike with its innovative spaces and desirable location. 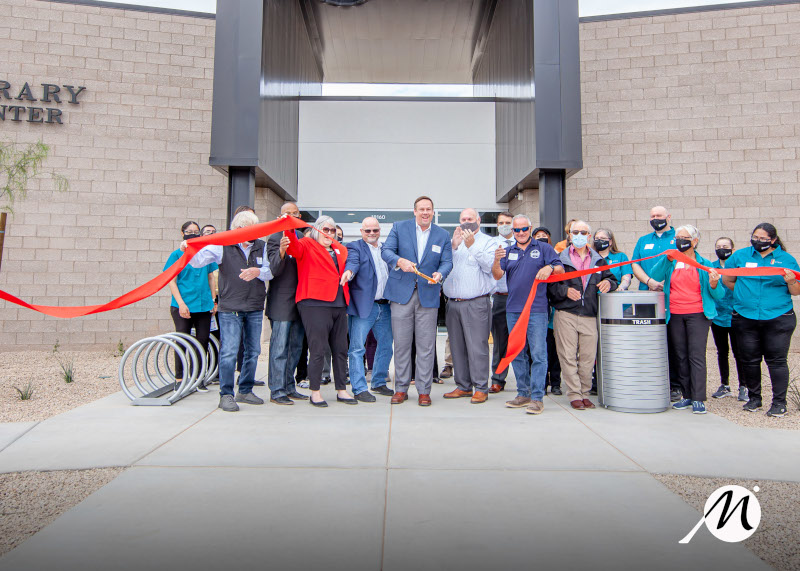 “The secret’s out there, I guess, that Maricopa is not only the best place for families, but for new businesses and developments as well,” Steele says. “Bring your businesses here. Bring your homes here. Some of the more high-profile, private projects we have coming on are really exciting ones.”

Although the pandemic year certainly shook things up, creating economic challenges not yet experienced by this generation, Maricopa has persisted with its expansion and pressed forward with new development opportunities. The city is already in the process of securing users of the 32-acre Estrella Gin Business Park, and it’s now paving the road for a more vibrant and effective domestic tourism sector.

“We held a ground-breaking ceremony for the Estrella Gin property; they’ll be starting construction soon on one of the main arterial roads in the park,” Steele explains. “We’ve also received an application and had discussions with a company that’s interested in opening a surf park in Maricopa. It’s 80 acres of a sandy beach resort-type of attraction with wave machines that create ideal waves each and every time. They’re still doing their due diligence as far as planning and engineering are concerned, but out of myriad cities, they ultimately chose Maricopa as their locale because they saw that vision, that excitement of the city, and they wanted to be part of it.”

The proposed first-class surf facility would join a host of other outdoor and adventure-themed activities along the developing entertainment corridor of State Route 238, including the 320-acre Ak-Chin Southern Dunes golf course, the Sonora Wings hang gliding center, the Skydive Phoenix drop zone, and the Apex Motor Club. “That’s a place for people to go and drive their race cars around a really nice track,” Steele explains. “Down the street is the Harrah’s Ak-Chin Casino Resort, so there’s just a ton of fun things to do on the tourism side.”

“It’s one of the reasons so many people are attracted to move here,” Steele insists. “The sports and athletics activities that go on there are crazy popular and bring thousands of visitors to Maricopa every weekend.” The city estimates that in 2020, Copper Sky hosted over 250,000 visitors and tournament participants. Of that number, 89 percent had Arizona zip codes, and less than 1 percent were from Pinal County proper. “That means that 99% of our visitors traveled to us,” says Steele. “They didn’t come from Maricopa, but from other places. So, when you ask about tourism, or you ask about recreation, Copper Sky is one of our biggest driving forces behind who’s visiting here.”

The word is out and Maricopa is keen to see the positive spillover effects of re-investing in Copper Sky.

“We’re going to continue to grow Copper Sky,” Steele says. “The city’s first hotel, La Quinta, is nearly open. It’s being built right there, adjacent to the Copper Sky fields. I think about all those families that are coming here for sports tournaments, and I know they’ll appreciate being able to stay right there on site, rather than having to drive in from a hotel in Phoenix.” 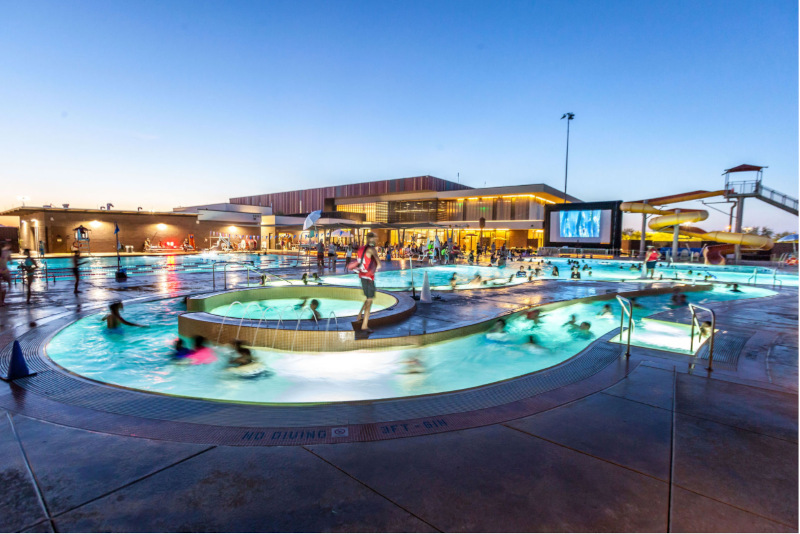 Steele’s hope for Maricopa is that it attains the hub status it has aspired to for some time. “We love that more and more people want to live here,” he says, launching into the intricacies of scaling a small city. “Maricopa is popular. Home values are higher than ever. Houses aren’t staying on the market longer than a week because people are snatching them up. We’ve already issued over 1,200 new single-family home permits this year and are on track to do 2000 or more this year alone. What we don’t want is for people to move here and then go work or spend their money somewhere else. That’s why we’re working so hard to bring more jobs to the community. That’s why we’re exploring the tourism and recreation component – those fun things to do. We want them to be able to stay here in Maricopa.”

As the city continues to attract residents with its still-affordable housing (including a significant portion of “Single Family for Rent” home rental units), a freestanding community hospital, offering a full spectrum of medical and emergency care, isn’t far behind. “One group is looking to construct a specialty internal medicine hospital with a 24-hour emergency unit, a surgery center, a catheterization lab, and medical offices providing a variety of health services,” Steele announces. “The entire project is going to span between 100,000 and 250,000 square feet. It’s exciting. That’s something that’s greatly needed here as the city grows.”

From a workforce perspective, the medical campus will further strengthen Maricopa’s already robust labor market by bringing even more high wage, high-performing jobs into the fold. “We already have a highly educated workforce that lives here in Maricopa, and that’s attractive to these site selection consultants who are helping businesses decide where to locate their new campuses and headquarters,” Steele explains. “We now also have the Estrella Gin Business Park to say, “Come Here!” We’re in discussions to bring a Maricopa Technology Park to attract even more industrial-type jobs. And we have strong partnerships with the University of Arizona, that owns land on the northeast side of the city, for other high-tech and life science-type jobs. In short, we’re ready. And we’re willing to give incentives to those who want to bring jobs to the city.”

For those businesses who’ve come to depend on remote workers over the last year (or, perhaps, made a conscious pivot to a remote work culture even now that the pandemic wanes), Maricopa is primed to welcome them with a healthy broadband internet ecosystem. “These companies gauge where the market is hot, and it’s hot here, so there’s fiber-optic Internet getting put in everywhere,” says Steele. “Orbitel is a community partner that has laid a lot of our telecommunication infrastructure, and we’re  grateful to have them.”

While Arizona faces a limited water supply that is being further drained by climate change, Maricopa, unlike many of its sister cities, is relatively well-positioned for water access, even as the city hopes to swell to three times its current population in the coming decades. According to Global Water Resources, the utility that supplies most of Maricopa’s municipal water, the city is currently using less than 35 percent of its yearly water allotment.

“What I really appreciate about Global Water is that they have a certified water supply for our city that’s already accounting for the growth we’ve been experiencing,” Steele shares. “We have their assurance that they’ll have water for us. There are a lot of people in Arizona right now that are concerned what the future holds for water, because so many rely on things like the Colorado River Basin. Global Water does not – they have other water sources. They have the certifications to prove that they’ll have water for us for the next 100 years.”

Where: Part of the Phoenix Metropolitan Area