Manistee, Michigan – “Soul of the Water. Spirit of the Woods”

“Soul of the Water. Spirit of the Woods”

If you’re looking for a hidden oasis full of adventure, history, culture and opportunity, you need look no further than Manistee, Michigan. This Victorian port city offers its 6,200 residents and abundant businesses all the amenities needed to thrive, both personally and professionally. There is over a mile of sandy Lake Michigan beach to enjoy. The Manistee River is also a welcome asset to both water sport enthusiasts and businesses. One of the perks of running a manufacturing company out of Manistee is the deep-water harbor, which makes shipping fast and easy during the warmer months.

The Manistee National Forest is a natural wonderland full of secrets with hundreds of acres open to discover. Whether its hunting, fishing, or enjoying more than 150 miles of walking and biking trails, the area truly exemplifies the Manistee slogan: Soul of the Water. Spirit of the Woods.

The City of Manistee, itself, offers a historic downtown where the community has taken great care to retain the architectural heritage and old world feel. The central business district has more than 150 locally owned and operated shops and boutiques, some that sell necessities and others that sell unique, handcrafted items. The downtown is situated on the Manistee River, with over a mile of stunning Riverwalk, making it a picturesque shopping and dining experience.

Marc Miller, Manistee Chamber of Commerce Economic Development Director, believes that one of the factors people base their decision on when choosing where to live or where to start a business is based on their experience travelling or where they attend conferences. Miller actually moved to Manistee after visiting because he fell in love with the area. He shares, “The quality of life here, with all of the different ingredients of history, outdoor recreation, natural history, tremendous landscapes and views… and a very rich history of strong people with the grit and determination to be innovating and making things work. It really makes this a fascinating and wonderful place to live, work and play.” 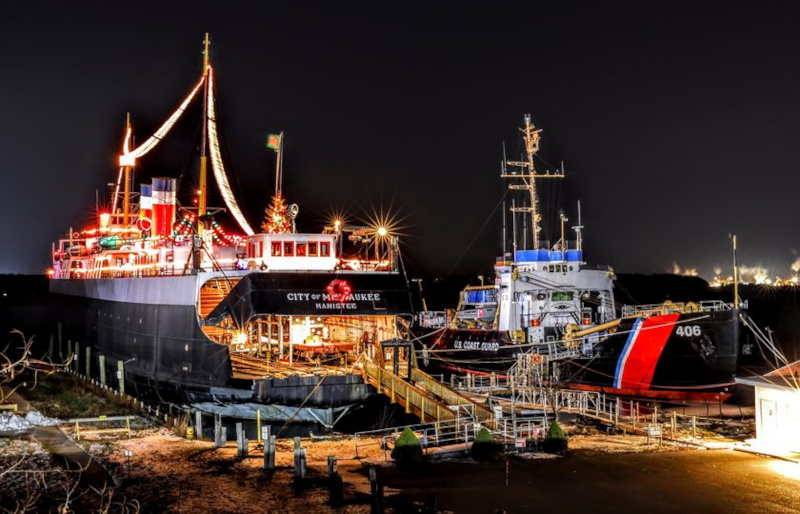 Manistee has so much to offer outdoor enthusiasts. Miller boasts that in Manistee, “We have tremendous fishing, and hunting, and hiking, and biking; just absolutely tremendous gold resources in the area that makes it a really great place – not only to work, but also to enjoy. I can literally get out of the driveway in my Victorian 1867 home and be fly fishing for trout within 20 minutes, inside of the national forest. And I have the capability of working from home with the resources we have in town. It just is a different pace of life.”

The county seat of Manistee County, the City of Manistee sits on the northwest banks of Lake Michigan, about 70 miles southwest of Traverse City and about 30 miles north of Ludington, which are two of the nearest larger communities. Thad Taylor, City Manager for Manistee, knows that the history of the city adds to its charm. He recounts, “In the 1800s, it was a thriving mill town that was home to the most millionaires per capita in the United States because of its lumber and salt. The town’s natural resources continue to be one of its greatest assets. When you take in that heritage – we have a small-town feel, but we have lots of amenities. It’s a beautiful place to raise a family. There’s economic opportunity, as well as tremendous natural resources.”

According to Ed Bradford, City CFO and Brownfield Administrator, “The city is a commerce hub because it’s the largest city along the coast between Traverse City and Ludington and holds about a quarter of Manistee County’s population. One of the main economic drivers continues to be manufacturing, with several large employers including  Fab-Lite, Morton Salt, Packaging Corporation of America, and Martin Marietta.” Miller is proud of the workforce development partnerships the city has with Westshore Community College, which is expanding in the city, and the state-run Michigan Works. He acknowledges, “We do have a very strong trades skill set here with our manufacturing base. And we also have other communities that have a strong education component. We have a good working relationship with them all under one roof.”

The Little River Band of Ottawa Indians run a casino, which is another major employer in the area. The many shops and restaurants downtown also provide employment opportunities and foster the spirit of entrepreneurialism. One of the major projects on the go in the city in partnership with The Little River Band Of Ottawa Indians Economic Development Corporation – Little River Holdings – is to redesign and restore the entrance into the downtown. The tribe purchased several buildings at the head of the historic area and is working with the city to redevelop and transform the entrance to make it more enticing and attractive.

The city is also actively partnering with the Chamber of Commerce to fill some of the empty shops along River Street. Developers are planning to demolish some old buildings that are no longer viable and use the property to build mixed-use housing downtown. Miller notes, “We are taking advantage of our high walkability scores that will put units right on the edge of our downtown. We do have a number of other things also moving forward, but they are in the beginning stages of investment.”

In another exciting project, the city is currently working with Suburban Inns, a developer who owns and operates hotels in West Michigan. The plan is to build a five-story hotel right across from a public beach, essentially creating a one-of-a-kind beach resort on the lake that caters to families. Taylor says that the hotel will be strategically located close to parks with playgrounds, sports fields, tennis courts, and gazebos to add to its amenities.

Because of Manistee’s strong manufacturing heritage (with more than 30 mills operating at one time in the past), the entire city is considered brownfield under the State of Michigan’s guidelines, but that opens the door for many funding and grant opportunities to spur development. 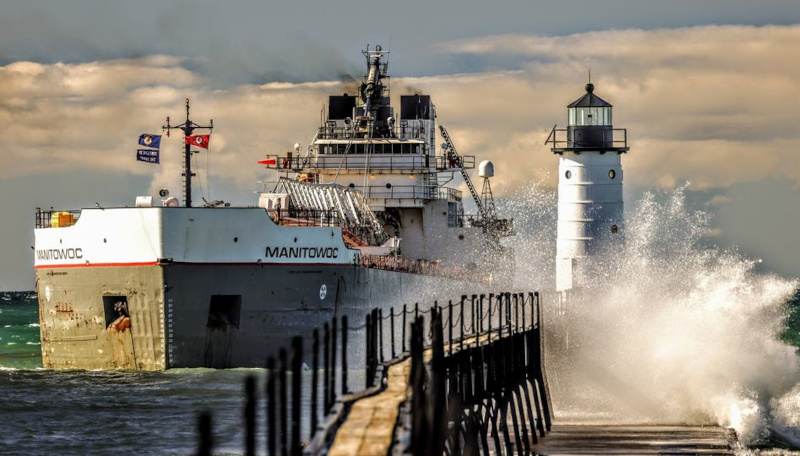 There is already a huge number of seasonal homes in the area which causes the population to swell in the warmer months. Bradford jokes that the city was outfitted with a “state-of-the-art” sewer system in 1900. They’ve spent decades upgrading that system because it was designed with a mixed flow, which allowed diluted wastewater to discharge during wet weather. Since the mid 1980s, the city has invested $40 million to separate the pipes underground and eliminate the discharges. He reports, “Even with this work, because of the age of the system, we still had a lot of water getting into the pipes through inflow and  infiltration.  We went on a multi-year process to identify and eliminate those sources and were very successful.”

Unfortunately, there is still some water getting in and they are about to embark on an 18-month, $23 million upgrade to finally eliminate those sources and end the discharges. Bradford adds, “So the commitment to maintaining the environment and making sure that we can treat all of our sewage has been first and foremost for the last several decades and this is the capstone of that.”

Manistee is also working to upgrade its streets, systematically, while at the same time replacing water and sewer mains, increasing walkability, and improving the look of the city. Looking to the future, Taylor hopes that once the hotel is built and thriving, the community will revive an old initiative to build a 2,000 seat outdoor waterfront amphitheater in the park nearby. Miller and Bradford both hope that the development boom continues, resulting in an expanded housing market so more people can love living in Manistee.

Bradford shares, “Manistee is a community that is really on the cusp of some great things. There’s a lot of excitement; a lot of developer interest. It’s really just an undiscovered gem that is starting to get polished. We’ve got all the tools in place to make sure that can happen, so we can keep that momentum going.”

What: A historic port city; population 6200

Where: At the mouth of the Manistee River on Lake Michigan

Michigan Planners Employee Benefits, proudly supports the City of Manistee, its employees, and their insured family members. Collaboration with municipal officials, union, and department representatives, is the key to a successful benefit program. Our goal is to passionately care for our customers, so they can focus on the success of their communities