Moorpark, California – A lot of irons in the fire

A lot of irons in the fire

The City of Moorpark, California is an oasis for families and businesses, boasting year-round resort worthy temperatures, a park and trail system that is second to none, and access to some of the state’s best schools. Those schools have left the city with a highly educated population, and businesses flock to Moorpark to enjoy its location, its employment prospects, and much more. People come to Moorpark to live because it’s safe, within commuting distance of Los Angeles, but feels like a breath of fresh air, where neighbors care about each other and their community.

Troy Brown, Moorpark City Manager, believes it’s a very unique place to call home. He shares, “From a family perspective, there’s no place like Moorpark. We are the third safest of nearly 500 cities in California, we enjoy a perpetual vacation climate, and we have world class parks here and other recreational amenities for the kids to enjoy. It’s just a wonderful small town environment and when you get here you instantly feel like you’re home. It’s also a great place to do business because we have a very talented workforce to draw from. A point of pride – we are home to Moorpark College, which ranks continuously among the top three best Community Colleges in the country – not only from matriculation but graduation rates, as well.” 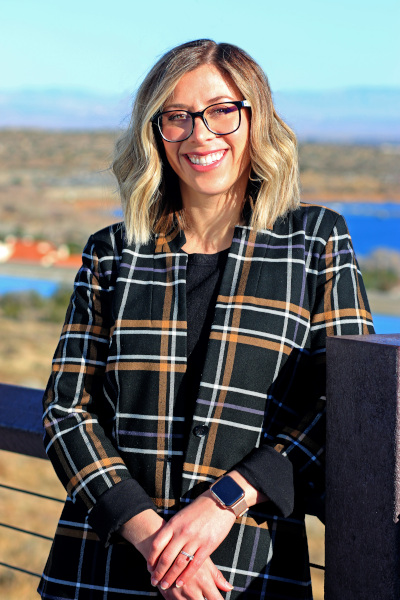 A gem of Ventura County, Moorpark has grown rapidly since its inception in 1900, when the population was just 4,000, to its current population of approximately 37,000. Carlene Saxton, Community Development Director, suggests, “It may seem like that is too many people to maintain those small town vibes but everyone really knows each other, respects each other, helps each other. You go into a local shop and it’s just a different community and a really welcoming place.”

That atmosphere is something residents, the local government, and staff want to maintain, despite the city’s growth and popularity. In fact, that community feel is a very important part of what has driven the growth. Saxton acknowledges, “Moorpark is looking for new businesses, but also really wants to respect the integrity of that small town feel. So, that is a unique perspective from an economic development standpoint because the city is wanting to have some new things, but we also want to make sure we preserve what’s good about this city for the current businesses and residents.”

Moorpark has already attracted companies like AeroVironment, a leading company in the defense industry. Brown says, “ They are doing wonderful things and I think that speaks volumes to the workforce that we have here. To be able to attract and retain a company like AeroVironment; to do the things that they are doing to help make the world a better place, it’s just phenomenal. And we’re really excited about the technologies they bring, and the jobs that they bring, and just so proud that they call Moorpark home.”

Another important company is Toro Enterprises, which is a nationwide civil engineering firm. “The ability to attract such great companies is a reflection of the city,” Brown adds. “It is demonstrative of the quality of life here in Moorpark. They are here for more than just a place to do business. They are here because Moorpark is just a great place to call home and I’m sure they are proud to be here as much as we are proud to have them.”

The city’s growth has not been limited to just residents, there are a lot of new faces within the local administration. When Brown came to the city four years ago, there were many people with upwards of 15 years experience within the organization. He notes, “There is stability and continuity among  the governance  that serves the community, and to provide that continuity over time,  that’s a blessing that we have and will have into the future.”

As many of those people have retired, Brown has worked to fill the city team with talented professionals who are passionate about providing the best service to residents and businesses. He explains, “Cities are dynamic and need to move through different stages and changes in their lifecycle. Moorpark incorporated in 1983 and during the first two decades of our incorporation, we had different needs than we do now. So, now that we are an established community and have laid the groundwork, part of the vision we’ve been trying to implement is with things we really need to self-actualize as a community. One of those things that we are going to need, as we come into our own, is to identify and shape where we want to be in the future.”

In an effort to do that, the city is undertaking a project to complete a new general plan for everything from housing and recreation to economic development and environmental sustainability. Saxton says getting the community’s input is essential to creating the balanced plan. She emphasizes, “Hearing the community’s vision is really exciting. We’ve had really good attendance and input to make sure that we are creating the vision of the people who live here and their children, who will want to also live here in the future.” 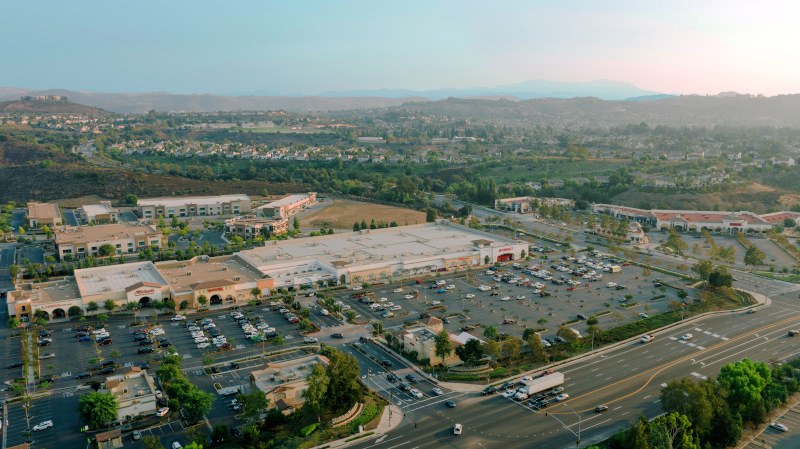 On the residential front, Moorpark has more than 900 housing units in the pipeline with multiple housing developments that include affordable housing options. Some of those developments include single family homes or multi-family homes, while some are mixed use and they range in price and span the city. Brown says, “We are open for business when it comes to housing. The residents as well as the council understand the challenges of tying to raise a family here and attract residents to Moorpark, and we lead with housing in that regard. We’re making great strides to create an environment here where housing projects can come in.”

One of those developments is a 79-unit mixed-use development project by the Daly Group in the core of the historic downtown. It will have 13,000 square feet of commercial space on the ground floor, and Brown says the project’s architecture will match the downtown perfectly. He believes the project will transform the city core and spur additional development. He notes, “The Daly Group are just outstanding developers. They are not the sort that does a cut and paste model. They really cater their projects to community and have been really good strategic partners.”

There is also a Metrolink station in the downtown, making it easier for people to get around. “That train station puts the city in a unique position,” says Saxton. “Thinking about various individuals and ages and demographics, where they want to live, having that resource really puts us at a unique advantage for a variety of housing.”

There are 19 parks in the 11 square mile community of Moorpark and the city is also surrounded by a greenbelt, which offers many opportunities for outdoor recreation. The city’s parks and recreation staff have run many successful events during the pandemic – and worked to save on water, while maintaining the parks’ beauty. The city is also working to implement a broadband strategic plan to upgrade and lay fiber throughout the community to aid in business attraction and the work-from-home revolution.

Looking to the near future of Moorpark, Brown is hoping to usher in new developments and finish many of the developments already in the works. Saxton’s goal is to have the general plan completed and to streamline the policy and processes for the business and residential communities, so that everyone knows exactly what they need to do – from large developers to renovators. She shares, “It’s going to make a huge difference. We have a lot of irons in the fire, so the next three years are really going to be an exciting time for the City of Moorpark.”

What: A charming, historic city; population 37,000

Where: Ventura County in Southern California

AeroVironment is a global leader in intelligent, multi-domain robotic systems and serves defense, government and commercial customers. With a purpose to secure lives and advance sustainability through transformative innovation, the company has become a leader in unmanned aircraft systems, unmanned ground vehicles, tactical missile systems and high-altitude pseudo-satellites. www.avinc.com. 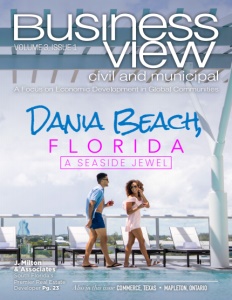 Village of Westport, Ontario – “The heart...