With a steadily increasing population of 26,000, lovely Londonderry is New Hampshire’s eighth-largest municipality and one of the area’s fastest-growing communities. Located right off Interstate 93, the town has fantastic access to just about everything. Boston, Massachusetts is 40 miles south, the gorgeous seacoast is only 40 miles west, and the stunning White Mountains are about 60 miles away. Londonderry is the perfect mix of historic and modern with blossoming apple orchards and picturesque 19th century churches combined with state-of-the-art industrial parks equipped with accessible hi-speed internet.

Londonderry Town Manager Kevin Smith shares, “We were originally founded as a farming community. These roots are still here through our four working apple orchards.” These farms, Mack’s Apples, Merrill Farm, Sunnycrest Farm, and Elwood Orchards are among the very best throughout New England. Londonderry is also known as a bedroom community for Massachusetts since many residents commute into the Boston area for work. Smith adds, “We’ve also built quite an industrial and commercial base on the outskirts of town. The Manchester-Boston Regional Airport (MHT) is there too, so we have a lot of industrial businesses in that area. We’re also home to Woodmont Commons – New Hampshire’s largest planned mixed-use development. The project is still in its infancy stages but the 600-acre commercial residential project has been fully approved. We’ve got a great mix of large companies and good shopping, but we’ve kept our rural farming roots as well.” 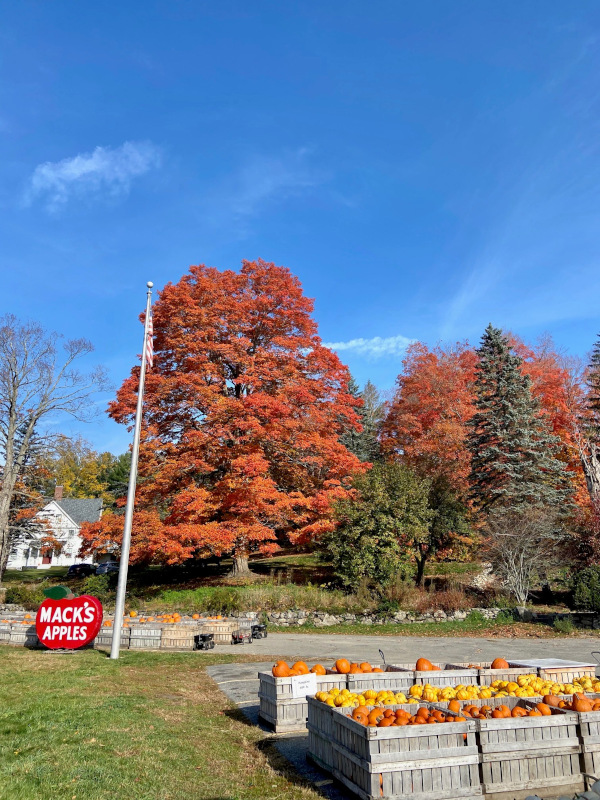 Surrounded by woods filled with nut trees, the town was originally referred to as Nutfield and was officially founded on June 21, 1719. Its name was changed to Londonderry in 1722, honoring the city in Northern Ireland, also known as Derry, from where many of its early residents immigrated. Today, the area’s history is continually being recognized through the Town Common, its historic center. Often the site of community gatherings like Old Home Day, a 100-year-old state tradition, the Common also houses the Soldiers Memorial commemorating veterans from the Revolutionary and Civil Wars, as well as the First and Second World Wars. The local elementary, middle, and high schools are also there along with the Londonderry Town Hall, and the Fire and Police Departments. Many residents consider this municipal hub to be the historic heart of their modern community.

Londonderry doesn’t have a traditional downtown core but the town is home to a plethora of businesses. As Smith reports, “We have a commercial corridor, but it’s not what I would call a downtown. Woodmont Commons is going to be that commercial center in a way.” Once completed, the development will be the first of its kind in the region offering residents a destination to live, work, and play. “We found the project to be very attractive – both for trying to attract more millennials and also for retirees wanting to downsize, but still be close to amenities,” admits Smith. “Interestingly, the Woodmont Commons project is actually being developed on what used to be our fifth apple orchard (Woodmont Orchards), which was purchased by Pillsbury Realty & Development LLC just over a decade ago.” It is just another example of how Londonderry continues to build a progressive community around its agricultural roots.

The upcoming development will also improve the town’s overall walkability. The project is designed with pedestrians and cyclists in mind; many sidewalks and bike lanes have been built right into the Main Street and The Orchards developments. The aim is to have sidewalks connecting the developments to and from other existing subdivisions, extending town access for all residents. All in addition to Londonderry’s expansive trails program. According to Smith, “We have the Londonderry Rail Trail, which was an old railroad bed that has been made into six-miles of paved walking, running, and biking trail that people in town love. It’s very popular and it actually connects to other communities.”

The town is also lucky to have over 1000 acres of conserved land, which also has its own lush hiking trails winding throughout. And the opportunities for outdoor recreation don’t stop there, with areas such as the Londonderry West Road Soccer, baseball fields, tennis courts, and even a skate park all open for public use. Although there isn’t currently an indoor community center, there are discussions about the possibility of one in the future. 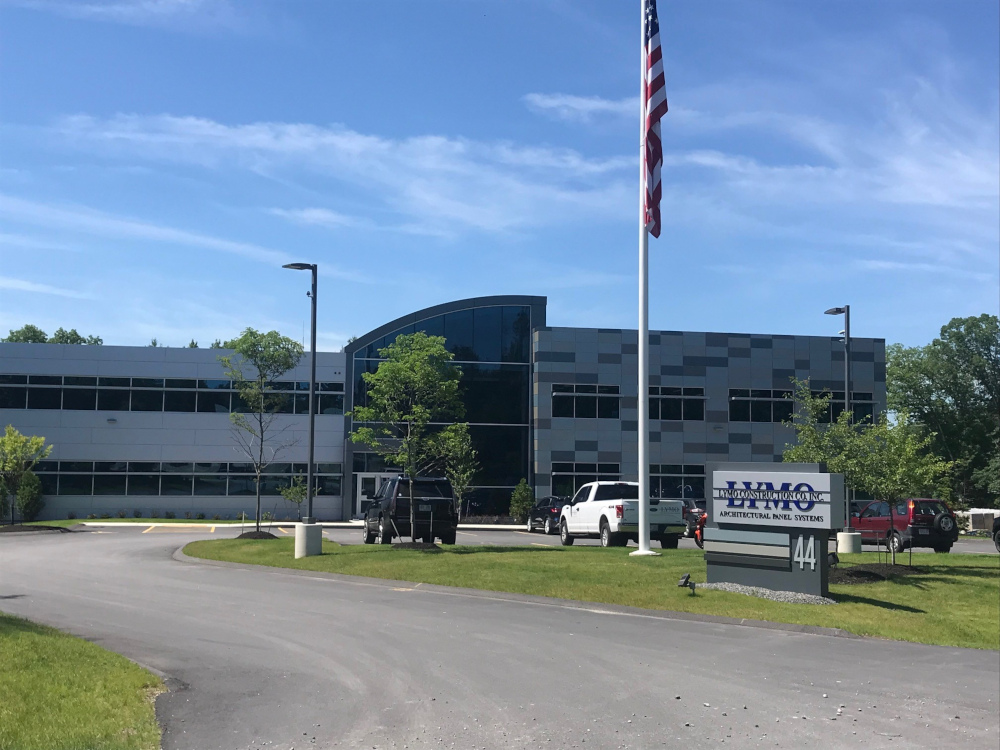 When it comes to environmental issues and renewable energy, solar power is one project that is currently being talked about. Smith reports that the town is looking at the rooftops of certain municipal buildings to find ones suitable for the placement of solar panels. There are even some Superfund sites – areas that have been previously contaminated and are now undevelopable – which would be potentially viable for solar arrays. Regarding other infrastructure and capital projects, Smith states the town is “in pretty good shape.” Londonderry annually budgets about $1.5 million each year for roadways. The majority of its other infrastructure has been constructed with the last 20 years. The Londonderry Police Department and two Fire Stations were built in the early 2000s. The Town Hall was completed in 2008 and the third Fire Department only two years ago.

Despite most of the infrastructure projects being up-to-date, Londonderry isn’t without its challenges. Smith agrees that the pandemic brought some initial short-term difficulties, but the long-term challenges remain unchanged. He notes, “Municipal water is a big deal. About 90 percent of residents are on well water, so having access to municipal water is going to be a big issue for us as we go forward.” Especially as new contaminants start showing up. The impetus is partly driven by the state lowering its limits on the PFAS contaminants (per- and polyfluoroalkyl substances). When that happened, the town’s well testing showed the contaminant levels were over the state’s limit.

“It’s created an unforeseen issue in town,” says Smith, “how to best deal with the problem, because they’re private wells. But these are our residents and you want to try to help them out. So, we’re looking at offering filtration systems or possibly extending the municipal water lines. People don’t necessarily want to pay every quarter for municipal water, but they want clean drinking water. It’s a trade-off, the way I look at it.”

Traffic mitigation is another long-term challenge. Smith reasons since there’s more cars on the road, keeping a strict budget for road infrastructure is essential. Trying to keep traffic off the secondary roadways is also key. Many factors contribute to the overall traffic increase such as the town’s steadily increasing population growth, as well as the nearby Manchester-Boston Regional Airport. But Smith maintains, “The traffic increase, while concerning, is also a sign of the town’s vitality. We have a great relationship with the airport; it’s owned by the City of Manchester and spawns economic development for our area. With all of our developable land, we’ve really seen the economic benefit of having the airport in town and seeing the growth of industries in that area as well. It’s nice when you’re traveling out of town, you literally only have to drive 10 minutes up the road, and you’re in a terminal already.”

When thinking towards the upcoming three to five years, Smith wants to continue to keep the property tax burden as low and stable as possible for residents. In New Hampshire, the biggest source of revenue comes from property taxes, so they tend to be fairly high. Having a good commercial base, however, helps offset what the residents are paying. “So, we’re looking to continue developing; especially Woodmont Commons,” says Smith. “There’s still land that could be developed around the airport. I also think it would be great to have a community center in town. It’s probably the one town amenity we’re missing right now. It’s the balance of continuing that economic development, but also keeping up the level of services we’ve been providing our residents.”

Summing up his sentiments for the future, he adds, “I think it’s a large enough community where you can find all of your amenities in town, where you’re going to see your neighbor out shopping. People still keep in touch with one another and neighborhoods are very close. We have the big town amenities, but still maintain that special small-town feel.”

The Rural Municipality of Hanover, Manitoba –...