The Kalamazoo/Battle Creek International Airport is a non-hub, commercial and general aviation airport that serves the Kalamazoo and Battle Creek areas, among other communities in southwest Michigan. It is located approximately 50 miles south of Grand Rapids, 130 miles west of Detroit, and 100 miles northeast of Chicago.

Plans to build an airport to serve the Kalamazoo area began in 1925 and concluded in 1926 when the City of Kalamazoo purchased 383 acres of land near Portage Road and Kilgore Road. In July 1928, regular airmail service started at the Airport, leading the facility to become the first licensed municipal airport in Michigan in February 1929. At this time, the Airport was named Lindbergh Field in honor of famous aviator, Charles Lindbergh. The first airline service was initiated at the Airport in May 1944, followed with service by many small airlines until 1955, when North Central Airlines began daily service from Kalamazoo to Detroit, Michigan and Chicago, Illinois. 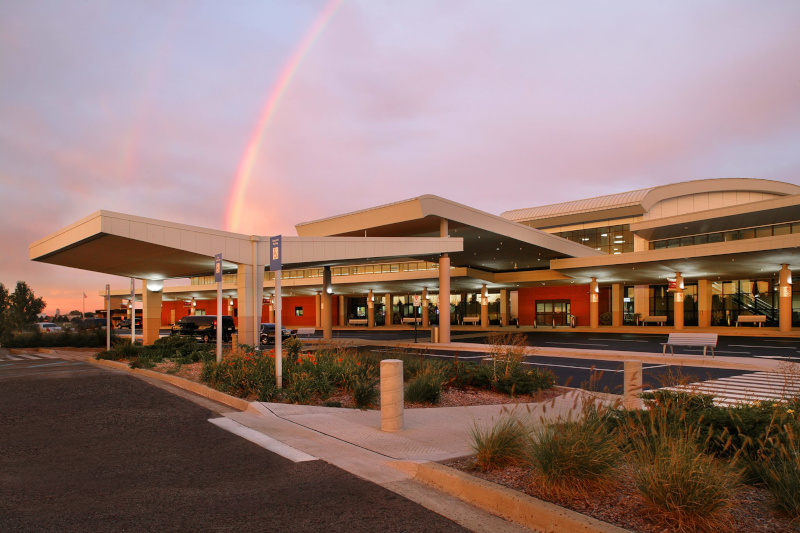 In 1958, a new terminal was constructed to replace the original building that had served the Airport since the 1920s. In 1961, an air traffic control tower was constructed and Runway 17/35 was lengthened to 5,300 feet. Other airfield improvements included the installation of an instrument landing system (ILS) in 1963 and another extension of Runway 17/35 to 6,500 feet in 1977. Due to a constant growth of passengers, an expansion of the terminal building was conducted in 1979 to increase the size of the building from 12,000 to 30,000 square feet.

In 1984, the City of Kalamazoo, which had owned and operated the Airport since its inception, transferred ownership to the County of Kalamazoo. Today, the Airport is managed and operated by the nine-member County Board of Aeronautics; it is entirely self-sufficient and does not receive any operating funds from the county. Between administration, operations, and maintenance, there are 20 county employees who work at the Airport.

Increased passenger levels at the facility called for another expansion of the terminal, which was completed in 1989. This renovation included a new concourse, enlarged boarding area, new baggage claim, and a terminal ramp expansion. Also in 1989, in an effort to bring attention to the Airport’s ability to service the Battle Creek market, the Airport changed its name from the Kalamazoo County Airport to its current name – Kalamazoo/Battle Creek International Airport. Another major expansion project at the Airport was completed in 1994 with an expansion of the parking lot to accommodate passenger levels which had grown to over 500,000 per year. In 2011, a brand new terminal was constructed from the ground up to accommodate additional passenger gates, security lanes, and baggage carousels.

Today, the Kalamazoo/Battle Creek International Airport covers 832 acres and has three asphalt runways. It is served by three major airlines – Delta, American, and United, with service to Chicago, Detroit, and Minneapolis-St. Paul. “We are a commercial service airport with a very strong general aviation presence,” says Assistant Director for Finance & Administration, Amanda Woodin.  “We have between 90 and 100 aircraft that are based here and a waiting list for hangar space for about three years, now. We have about 90 hangars that we own, and there’s a private owner here, as well.”

Three organizations at the Airport offer services for general aviation users: Duncan Aviation is the Airport’s sole, full-service FBO, and is fully-equipped to handle both traditional FBO services such as aircraft fueling, aircraft maintenance, and other ground services, along with providing weather equipment and crew rest areas for pilots, passenger services such as rental and courtesy cars, restrooms, vending options, and a lobby waiting area. Kalamazoo Aircraft is also located on the Airport, providing aircraft maintenance services and repairs for single and light-twin general aviation aircraft. A third organization offering FBO services at the Airport is the Kalamazoo Pilots Association, which operates a self-serve fueling pump in its hangar. 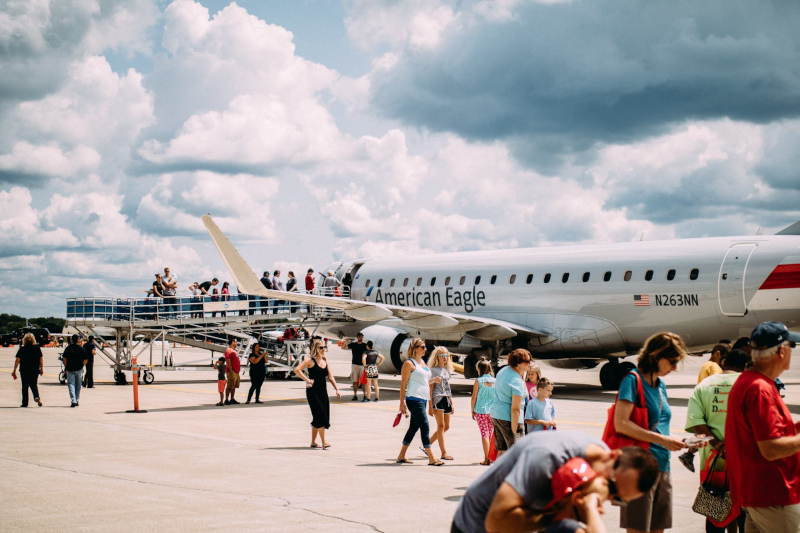 Woodin says that on the commercial side, Kalamazoo/Battle Creek competes with airports at Grand Rapids, Detroit, and Chicago. “We lose a bit of traffic to them, because a lot of people have the perception that we’re always going to be more expensive, and sometimes we are. But on our website, we have a cost calculator; you can plug in fares for us, Grand Rapids, Detroit, and Chicago, and get a true cost comparison of flying out of each one of those, so you can make a decision about which airport is best for you. We are a smaller airport, which makes it easier to make your way through the terminal; we generally have pretty short waiting lines at the TSA checkpoint and some friendly staff to help people. We have a small-town feel, but we can get you to anywhere in the world, through Delta, American, and United, through their connections. Another big advantage for us: driving an hour into Grand Rapids or two and a half hours to Detroit or Chicago in January or February can be really iffy. So, we have that going for us, here.”

“On the GA side, we have three runways, so when the smaller aircraft are landing, they do have a choice,” Woodin adds. “We have really good maintenance and fueling services here; we have Kalamazoo Aircraft that does maintenance on the smaller GA aircraft; we have Duncan Aviation that serves transient aircraft and does fueling operations; we’ve got a fueling co-op onsite, as well, which is a second option for fueling. We have good services and our location is really good for general aviation aircraft.”

The Airport’s most recent renovation project was the repaving of its main commercial runway, 17/35, in the summer of 2019. “It was the first time it was done in 20 years,” Woodin recounts. “We were closed to commercial traffic for 16 days to do this project. Moving forward, we are pushing hard to get approval to extend that runway at least a thousand feet. Right, now, we’re in the study phase; we’re looking at environmental, noise, and other impacts to determine the feasibility of actually doing that. Extending that runway also means doing some land swaps with some community partners and moving a railroad trunk. The FAA has helped to fund the studies that we’re working on and, once they wrap up, I think we will have a very good idea of exactly what is feasible.”

Finally, the Airport is home to the Kalamazoo Aviation History Museum, an affiliate of the Smithsonian Institution, commonly referred to as the “Air Zoo.” The Air Zoo holds many historical and rare aircraft, including the world’s fastest air-breathing aircraft, the SR-71B Blackbird. Among its other attractions are a 180-degree theater that projects a 4-D simulation of a B-17 bombing mission during World War II; various amusement rides, including flight simulators of a rocket trip to Mars; U.S. Navy F/A-18 Hornets; a stunt biplane; a hot air balloon; and more. The museum also has a fly in ramp, making it an attraction for many visiting pilots.

WHO: The Kalamazoo/Battle Creek International Airport