Business View Magazine interviews representatives of Hagerstown Regional Airport in Maryland for our focus on U. S. General Aviation Airports

The scenic City of Hagerstown, Maryland is seeing a boom period – with both business and residential numbers growing – and having the Hagerstown Regional Airport (HGR) right on hand is a definite asset for economic development. 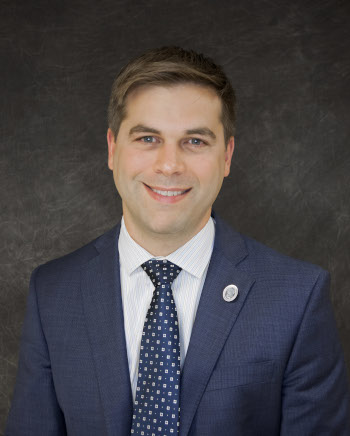 Andrew Eshleman, Director of Public Works for Washington County has been filling in as Interim Airport Director, while a search has been ongoing for a full-time Director. The County is now very pleased to announce that Neil Doran, who was previously the director at West Virginia Regional Airport, is the new Director of Hagerstown Regional Airport as of October 31st.

“I’m honored to be given this opportunity to serve as the next Airport Director at Hagerstown Regional (HGR),” Doran shares. “I look forward to meeting the airport staff and members of the local aviation community. I’d like to hear their ideas for improving the airport. I hope that we can cooperatively work together to promote the benefits of HGR – and help the airport and its tenant organizations ascend to new heights.” Doran’s experience and passion for aviation will help to propel HGR into a prosperous future.

Sitting on 693 acres, HGR has two runways: 7,000 by 150 feet with a precision approach capability, and a crosswinds runway at 3,165 by 100 feet. Both runways have a full, parallel taxiway and, although mainly a General Aviation facility, Allegiant Air flies commercially to Orlando/Sanford International Airport, and has seasonal flights to St. Petersburg/Clearwater and Myrtle Beach, South Carolina.

There are 141 aircraft based at Hagerstown Regional and more than 20 aviation-related businesses. The Fixed Base Operator, Rider Jet Center, offers over 40,000 square feet of heated hangar space and 10,000 square feet of office space. They also provide aircraft rental, maintenance, repair and inspections, aviation fuel, computerized weather information, and pilot supplies. Hagerstown Flight School provides flight training, while V1 Aeronautics offers flight training, air tours, and FAA testing. The airport is also home to a large base of operations for the Sierra Nevada Corporation, the Pittsburgh Institute of Aeronautics education program for FAA-approved Aviation Maintenance Technicians, and a Redbird Simulator operated by SimFly (a producer and supplier of flight training materials and flight simulators).

“Hagerstown is uniquely situated in that we have that rural setting and lots of green and open space,” says Eshleman, “yet we have a commercial airport here in our community. So, it is a different travel experience when you fly with us versus a large airport hub. It is just a slower pace and easier experience. We’re right off Interstate 81, we have free parking, and you go right through the ticketing counter and security. The terminal expansion project was recently completed, and we certainly take advantage of that. Think of us as having all the amenities of a larger airport but with the feel of a smaller, more personal place, yet we are still within an hour and a half drive of DC, Baltimore, and those communities. So, in terms of exposure, there are a million people that live within 60 minutes of our area, and in an hour and a half it is five million.”

It is not just the airport that is seeing this transformational development. Hagerstown has always been known as the Hub City in terms of transportation and logistics, but it has brought in even more distribution facilities recently, and now serves as a base for Amazon, Bowman Logistics, Walmart, and light manufacturing including Hitachi Light Rail. 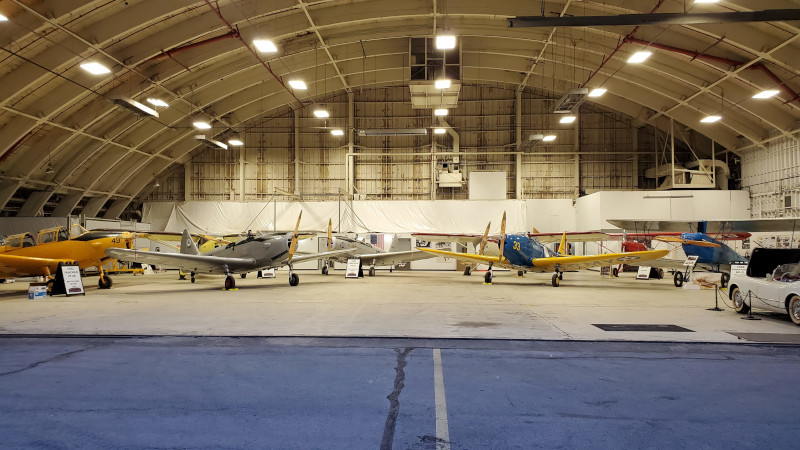 As one of the oldest continuously-operated airports in Maryland, HGR has a long history of employing mechanics and technicians to construct, maintain, repair, and modify aircraft of many types. Hagerstown has a growing museum celebrating that impressive history. It’s also home to a branch of the Pittsburgh Institute of Aeronautics (PIA), which trains new generations of aircraft mechanics – now an increasingly scarce resource.

“You know the demand for those services has just exploded with the retirement of many professionals in the industry,” says Eshleman, “whether it’s pilots or the mechanics. We have the only certified maintenance school (PIA) in the State of Maryland, and they’re looking to expand about 10,000 square feet and add an additional hangar. They were successful in receiving a $750,000 grant from the federal government that will allow them to be on the leading edge of workforce development.”

The other big announcement is that the Hagerstown Aviation Museum has found a more permanent home to the north in several hangars of the former Fairchild Aircraft Manufacturing plant. Eshleman clarifies, “While that isn’t actually on the county airfield property, it is immediately adjacent with through gate access.”

Community events are always good to bring people out to the airport, the largest of these is the annual Wings and Wheels car and airplane show which takes place during the last weekend of September on the museum property. The popular fly-in event features local vendors and displays and draws several thousand people each year. This year, Hagerstown Regional also hosted a Chamber of Commerce event which was a big success.

In terms of continuing infrastructure work, next summer will see a taxiway rehabilitation project, as well as the acquisition of an extended runway visibility zone with a part of the land from the former Fairchild Aircraft property. “This will allow unrestricted access for both of our runways,” Eshleman explains. “Currently, when the tower closes the access to our crosswind runway closes. We’ve been working with the new ownership group of the former Fairchild property – New Heights Industrial – and just recently received approval to go forward with the acquisition.”

Aside from these capital projects, the airport was fortunate to receive some discretionary money through the bipartisan infrastructure program to support its capital improvement program. The airport is also exploring competitive bipartisan infrastructure funds for a new traffic control tower.  Partnering with the FAA, which runs the tower, the HRG team is eager to see what possible improvements could be made and how that might drive them forward in the coming years.

“When it comes to the numbers and the commercial side of the operation,” Eshleman notes, “in terms of load rates and flight numbers, we are at or above industry standard. So, I think while most airlines are evaluating their operations and holding steady and are not seeing an increased need, or do not have the resources to expand right now, I think we’re positioned well for when growth in the industry resumes. Moving forward – whether it is with Allegiant and/or other carriers that might come on board – we need to position ourselves as a wonderful opportunity and an affordable alternative for serving the greater DC and Baltimore area. On the development side, I think we have an opportunity here and I see us getting involved with more air freight and transportation logistics as that local sector of our economy grows That seems to be what is happening around our area and I think it’s inevitable that we’ll see more of it at the airport.”

What: A public use airport

Heart of Georgia Regional Airport – The...