What is the most important piece of advice you would give to someone who’s considering starting a small business today?

“As someone who likes starting new businesses, I would say to make good alliances. Strategic alliances with people who support your business. if you remain true to yourself, it can be very rewarding.”

“My advice would be to really recognize the resources that are available. Here in our area, the Triangle is incredibly blessed with some resources you can’t find in many other places. We have RTP (Research Triangle Park), the largest research park in the entire world. We have engineering schools at NC State that rival schools across the world. Three tier one research universities – NC State, Chapel Hill, and Duke. If I were looking to be an entrepreneur at this point in time, it’s just really recognizing the resources that are out there. And I don’t think everyone capitalizes on that as strongly as they could.”

“The most important thing that entrepreneurs need to know is prepare yourself for the future. Be well informed and optimize your planning before you start your company.”

“I would say be mindful that you’re in it for the long term. Business is an infinite game. Players can come and go, and it takes patience and time to make sure that you’re making the best decisions long term.”

“The most important advice I would give is that there is no better time than now. Before, if you had an idea it took a lot of effort to turn that idea into a product. Before globalization via the internet, it was difficult to get started; you needed some capital. If you have an idea today, you could have your business off the ground in 48 hours because the internet allows you to create a presence online. Social media allows you to talk to billions of people that normally it would take millions of dollars to reach through traditional marketing. So everything is in place for us to BE that entrepreneurial generation. To be the start-up generation. I say the best time is now to be an entrepreneur… because of the internet, because of digitization, because of this new gig economy where you exist in a virtual space. You don’t have the overhead, the red tape, or the restrictions to get your business started, like the people who came before us had. So, if you have an idea or something you’re passionate about, now is the time to get your business going.” 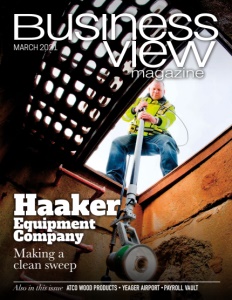 From a business leadership perspective, what would...

What are the best qualities of a...