Gainesville, Texas is considered a rural community with a population in the vicinity of 17,000 friendly folks. It is situated at the crossroads of US Hwy 82 and Interstate 35; sixty miles north of the centers of Dallas and Fort Worth and one mile south of the Red River and Oklahoma. The region is known for its oilfield service companies and considered the capitol of the world’s quarter horse industry.

Gainesville has developed into the economic hub for the North Central Texas and Southern Oklahoma region, as it has a 40 mile population service area of 465,000 people. The number one employer in the area is Safran Seats, which manufactures commercial airline seat systems and ties in well with the regional interest in aviation-related industries. Construction has begun to expand along Interstate 35, meaning an increase in business for the area and the Gainesville Municipal Airport (GLE).

The Gainesville Airport is a city-owned establishment that embodies the surrounding city’s enthusiasm for everything aeronautical. It’s located outside the DFW’s Mode C vail that affords corporate and private aircraft the ability to enjoy flight in uncontrolled airspace. The airport’s geographic position also lends itself to being the perfect stop-over spot for cross-country traffic from Florida to California. The airport staff understands the importance of maintaining reasonable fuel pricing and makes every effort to remain competitive. While the area is witnessing tremendous growth, nearby airports are having to confront the issue that they have run out of land.

“Most airports in our region are built out, with little to no space for expansion,” says David Vinton, Airport Director at Gainesville Municipal Airport. “Hangar space is becoming a premium.” It’s this need for premium space for aircraft that has spurred on the development of additional hangars. In the last two years, the Gainesville Municipal Airport has had seven box hangars constructed and, currently, a private individual is building 30 T-hangars and two box hangars at GLE.

This development of the airport isn’t over yet, though, as eight hangars are currently in the architecture and engineering stages of planning. Today, there are an estimated 100 or so aircraft on the property and the demand for hangar space is heating up. “We have a waiting list of about 50 people right now,” says Vinton. According to the 2021 Texas Relocation Report released by Texas Realtors, more than 500,000 people moved to Texas in 2019. This influx of people has resulted in more private pilots moving into the area and has further spurred the demand for more hangar space. 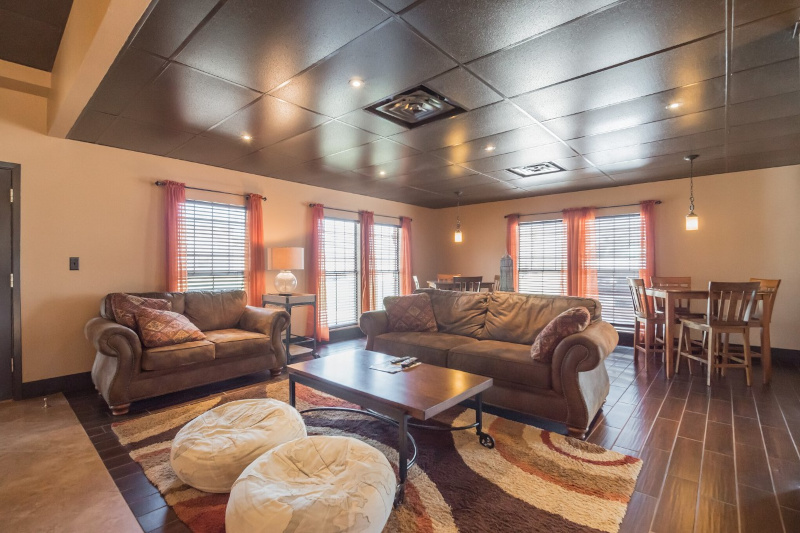 The growth of the Gainesville Municipal Airport was not a solo effort. For infrastructure work, the management teamed up with the Brenham TX-based engineering firm Strand Associates who are the primary engineers at the airport. Having worked on several projects in the past, the latest initiative involves master planning to allow for the greatest use of the land for the growth of the airport. Strand Associates’ work includes designing hangar and building lot layouts, drainage, utilities, as well as runways and taxiways.

Construction-wise, there is a planned $4.6 million runway rehabilitation project on tap for one of the two runways at the airport. When the airfield was originally built in World War II, there were four runways, but due to a lack of traffic after the war, the city closed two of the landing strips. Today, runway 18/36 is 6,000 ft by 100 ft, and Runway 13/31 is 4,300 ft. by 75 ft. Gainesville Municipal Airport’s total area is 1,300 acres, making it a significantly large space that gives the city and the airport great opportunities to plan for future business developments. With more people moving into the Gainesville area, space is becoming a very valuable commodity.

The main objective is to attract aviation-related businesses. These clients can have vastly different requirements. “You get requests for everything from 200 acres to 20 acres,” says Vinton. “It can range from warehousing to small mom-and-pop shops.”

With any airport, there is a constant need to upgrade and maintain. As new hangars are constructed, the management team has to coordinate with multiple city departments to ensure the installation of water, sewer, and other utilities needed. An additional project happening at Gainesville Municipal Airport is the renovation of the terminal. Vinton explains, “Most terminals have floor-to-ceiling glass panels that face out over the tarmac. It was decided that modernizing the terminal to a relaxed aesthetic was a better fit to reflect the image that the City of Gainesville wants to portray, as the airport continues to grow exponentially. Pilots spend a lot of time in direct sunlight and desire a calming resting area to unwind and prepare for the next flight.” The ongoing terminal improvements include a new kitchen, new automatic sliding glass doors, and updating the conference room and patio. Positive comments from clients are received daily regarding the renovations of the airport, indicating that it is on the right track.

The renowned fly-in event held on the second Saturday of October attracts many aeronautical enthusiasts each year to Gainesville Municipal Airport. The event hosted by the Texas Antique Airplane Association features up to 200 aircraft that take part in the display. The team at the airport are introducing new, exciting features to the venue. Vinton shares, “Last year we held the first Lone Star STOL competition, a short takeoff and landing event.” Due to COVID-19, this year the show will be taking place on September 22. 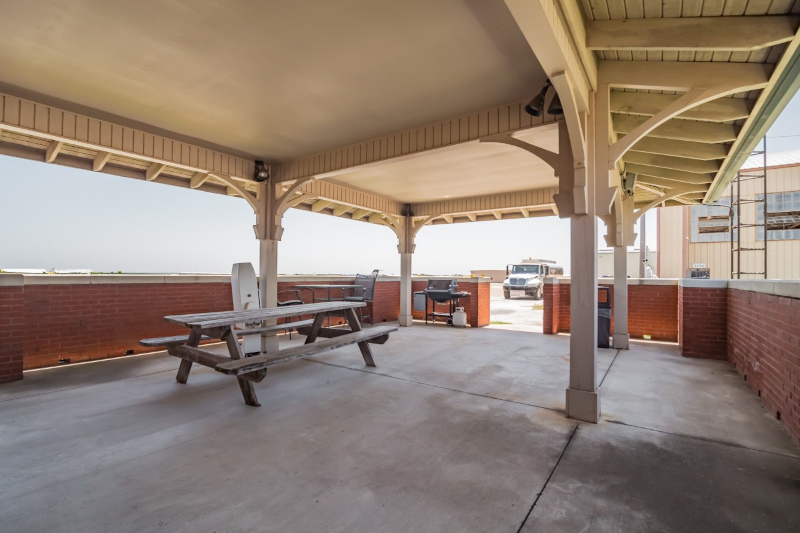 Education and awareness of aviation is a key topic in the industry. In that regard, GLE and the local chapter of the EAA actively engages with the schools and the youth of the community, inviting fifth graders to visit for a career day. They also host tours for home school students and special needs children. Additionally, Ayers Aviation operates a flight school at the airport. The school has increased in size in a relatively short period of time, starting with one plane and instructor and is now up to three aircraft with instructors.

Gainesville Municipal Airport also loves to cooperate with local educational institutions. North Central Texas College (NCTC) is a five-campus community college system, which is headquartered in Gainesville. Airport management hopes to collaborate with NCTC in the future to develop a course to offer local students. As Vinton elaborates, “We were anticipating approaching NCTC with a few course options for their institution. We’re thinking of having a ground school, where students could earn credits by participating with the staff.”

What makes the airport perfect for student pilots is the fact it has a crosswind runway. “If students can’t land their aircraft at their home airport, they can land it here. Normally, they just take an Uber home,” says Vinton. While GLE is a perfect venue for pilots in training, the management at the airport have some pretty unique strategies to ensure that the land is used to its full potential. “We lease part of the ground for grazing cattle and hay production,” says Vinton. “This means we don’t need to hire staff to maintain this ground. It’s a win-win for everybody.” The abandoned runways are utilized to train police and fire department drivers.

The management team of the Gainesville Municipal Airport continues to maintain their inviting atmosphere that prides itself on hospitality. Vinton shares, “It’s a really nice place. Everyone helps everyone else. And if you need a hand, all you have to do is ask your neighbor, we all have the same love for aviation.”

What: General aviation facility serving the needs of North Texas