The Florida Transportation Builders’ Association (FTBA) is on a mission to bring Florida’s infrastructure into the 21st century. That is according to FTBA President, Ananth Prasad, who also believes that while the association and the state have achieved a lot, there is still a long way to go before Florida achieves its vision of seamless and modern transportation infrastructure. 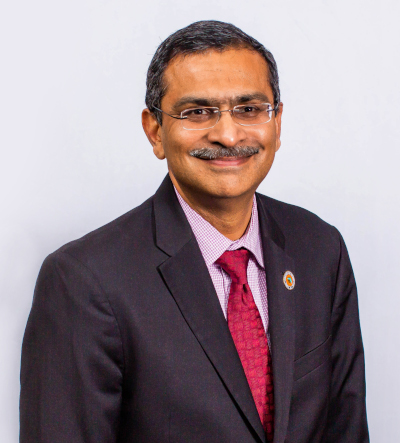 The FTBA hopes to help the state achieve this mandate through a mix of lobbying and industry awareness campaigns. Focusing on engaging with local, state, and federal government agencies, the FTBA wants to be at the forefront of creating a Florida that easily accommodates its millions of residents, including the millions more moving to the state each year. But to do so, Prasad sees the state having to surmount several challenges, some within its borders and others at a federal level.

The FTBA was founded in 1933 as the Florida Section, American Road Builders’ Association. It was not until 1974 that it was incorporated as the Florida Transportation Builders’ Association. “From formation, it has predominantly represented firms that do transport infrastructure work, or horizontal work, as we say in the industry,” says Prasad, referring to roads, bridges, runways, and some aspects of transit and rail work.

FTBA’s membership includes contractors, suppliers, engineers, and even lawyers who participate in the transportation building industry. This wide membership range, which currently stands at 475 members, incorporates anyone involved in the transportation construction industry, with the FTBA acting as an umbrella organization for the various professions represented. The association’s historical mandate of championing road builders’ interests remains unchanged even after 85 years of existence. Today, that mandate is embodied in four summarized components: to connect, support, promote, and explore the transportation construction industry in Florida.

In keeping with its core mandate, the association participates in intense lobbying at a state and federal level for issues raised by its members, with funding receiving the most attention. “Where we fit in is as an association is influencing policymakers – the governor and the legislators and other elected officials, to create a vision of what the infrastructure in Florida needs to look like,” explains Prasad. “We then educate and convince them that there’s a certain level of funding that needs to be allocated to transportation to realize that vision.” This lobbying is carried out further afield at a federal level in conjunction with the American Road and Transportation Builders Association, the ARTBA, for which the FTBA acts as a Florida chapter.

However, despite lobbying at a federal level, the FTBA has seen more success at a state level. “And this is true not only for Florida but Texas, Georgia, North Carolina, Tennessee, and other states,” says Prasad. “Left to themselves (by the federal government), states are proving more successful at the local level in raising revenue to keep their infrastructure updated.”

Besides lobbying, the association is also involved in capacity building initiatives to attract more young people to the industry. One way it is achieving this is through scholarships. “We give out annually about 15 four-year scholarships to high school graduates to provide financial assistance to go to college,” says Prasad. “We’re also engaged with the Florida Department of Transportation on their workforce initiative, Florida Road Jobs.” Since March 2020, the association has attracted close to 700 people to the transportation construction industry that were initially employed in other sectors.

The FTBA constitutes a full-time team based at its DeSoto Park Drive building and is governed by a board of directors drawn from its members. “We work closely with the Florida Department of Transportation, the Florida Chamber of Commerce, and the Associated Industries of Florida to influence policy at a state level but also work at a micro-level helping our members achieve success with their contracts with the DOT,” avers Prasad. “These efforts are coming at a crucial time in Florida’s history. The infrastructure in our country, including Florida, continues to lag behind other developed nations. Our country has grown tremendously, but infrastructure has not kept pace. Some of the challenges we face are outdated funding policies and general resistance to raising taxes, making it difficult to raise the necessary funding to invest in infrastructure. Nevertheless, states have been taking the lead in trying to raise revenue through innovative financing to keep up their infrastructure.”

Prasad believes the federal government should do more to invest in  transportation infrastructure while at the same time, he remains optimistic that in the meantime, states are doing a lot to pick up the slack.

Speaking on the COVID-19 pandemic and its impact on the transportation construction industry in Florida, Prasad has a unique perspective. He notes, “Because transportation is an essential service, the Governor designated transportation infrastructure work as essential work. This allowed us to continue working while people worked from home, and because traffic was exceptionally light on the freeways and interstates, our contractors were able to accelerate work and get a lot of work done within a shorter time.”

In March, at the onset of the pandemic and when most lockdowns were announced, Florida’s transportation construction industry kept working but with the right measures in place. All the necessary precautions of social distancing, wearing masks, washing hands, and using hand sanitizers were taken and, through these measures, they were able to get through that initial wave with a low positivity rate among workers.

The pandemic has also impacted the association’s ability to hold in-person meetings. “Just like everybody else, we have had to do a lot of meetings online,” says Prasad, “and we were successful because we saw many people attend. In August, the association held its annual trade convention where, typically, we will have about a thousand people attend the event. But due to social distancing, and the fact that Orlando was just reopening, we had to scale it down significantly.” Despite these restrictions, the event still drew about 250 participants who attended in person.

From a project perspective, the FTBA has several initiatives underway that Prasad believes are putting Florida on the right infrastructure track. He reports, “The DOT and the Central Florida Expressway Authority are working towards completing the Wekiva Parkway. When completed, it will complete the beltway around Orlando, making it a great project that’s enabling additional transportation and congestion relief in the greater Orlando area and the entire metropolitan area that is currently undergoing rapid growth.” Besides this project, the state is also planning to complete the beltway around Jacksonville commonly referred to as First Coast Expressway.

While the pandemic’s impact has slowed down some of the state’s projects, it is having more of a delayed effect rather than a permanent one. As one of the fastest-growing states, Florida is on track to add another four million residents to its current 21 million by 2030. With an additional 35 to 50 million tourists pouring into the state each year, the association cannot emphasize enough that having basic infrastructure in place is needed to accommodate the people that are moving to the state and around the state.

Looking forward, the FTBA expects to see more technology adoption in the industry, although not at as rapid a rate as other less capital-intensive industries. “We are seeing some adoption of 3D modeling and automated machine guidance, although our members have a lot of upfront investments in heavy equipment, so it will take time for these technologies, including robotics and automation, to gain ground,” says Prasad. “For the state of Florida, I see one of its most significant problems as an opportunity. Congestion is good because it means that the state and the economy is growing. But if you do not manage it, it could have the reverse effect, by negatively affected quality of life and forcing people to move away.

“As such, the FTBA is committed to supporting the Governor, the Florida Legislatire, and other stakeholders in cultivating a vibrant economy that creates jobs for Floridians and people moving to the state, and provides an ideal environment for the seniors and retirees who call our state their home,” he adds. “We plan to support this growth by focusing on making sure that as a state, we’re able to move people and goods efficiently and safely.”

What: Florida’s voice for the transportation construction industry

The Association of American Colleges & Universities...