Owen Steel has some of the country’s most recognizable structures in its portfolio. The privately-owned company fabricated thousands of tons of steel for the World Trade Center Memorial and Museum, as well as World Trade Center Tower 3 in New York City. The Chicago Bulls Stadium in Chicago, Illinois, the United States Capitol Visitors Center in Washington, D.C. and FedEx Field in Landover, Maryland, are also on that list.

Major projects like those might have anywhere from 30,000 to 40,000 unique pieces. “They may look similar, but there’s some difference in them, so it’s not really something that lends itself very well to robotics,” explains Jeff Pate, Vice President of Sales for Owen Steel. “It’s not impossible, it’s just that very few pieces are exactly alike.” That’s why Owen Steel’s approximately 300 employees are viewed as the company’s most valuable asset. Those employees are offered both in-house and external training opportunities. Most lead and supervisory positions are held by people who were promoted from within the company. 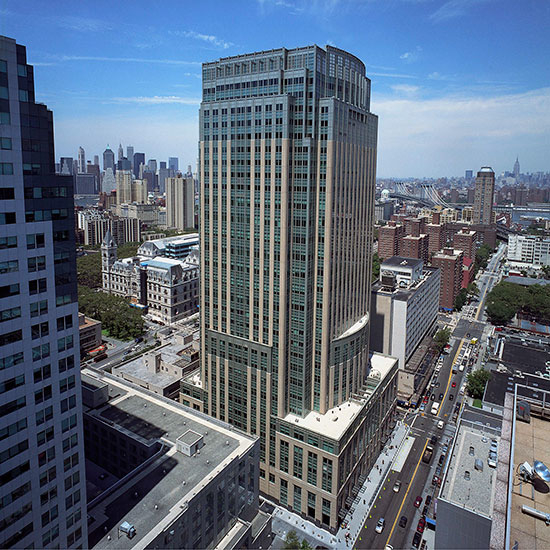 Employee retention is important both in the steel fabrication industry and for Owen Steel, specifically. Finding qualified structural steel fitters and welders can be difficult. The company works with local community colleges to promote vocational education and skills training, but that pipeline has been disrupted by COVID-19 shutdowns. Unlike many other subjects, most vocational training can’t be done exclusively online. That has had some impact on Owen Steel, but the issue existed before the pandemic.

“It’s a nationwide problem,” Pate reports. “Young people are not learning trades and learning to work with their hands, by and large. And for our industry, you know we’re implementing more automation, but there’s just a certain amount of that we can do because of the unique nature of our type of work.”

Fortunately, Owen Steel employees tend to stick around long-term. New employees learn from veterans, allowing a reputation of quality work to persist for nearly a century. Founded in 1936 to serve local markets in Columbia, South Carolina, Owen Steel has grown into one of America’s premiere structural steel contractors. Today, it has two fabrication facilities, one at its South Carolina headquarters and another in Wilmington, Delaware, that collectively occupy 50 acres. They are both located near railroads and interstate highways, allowing products to be easily and quickly transported across the U.S.

The firm primarily serves major cities in the eastern half of the country, specifically in the Interstate 95 corridor, but it has provided materials for projects as far west as Las Vegas, Nevada. Its customer base includes major construction management firms, such as Turner, Gilbane and Skanska, as well as the Port Authority of New York and New Jersey. Owen Steel operates in a competitive industry but has found ways to set itself apart.

For instance, it has a well-developed, full-service project management program. A team of experienced employees will develop and implement a comprehensive plan for the procurement and fabrication of materials and erection of a structure. Another team, comprised of professional engineers, can develop efficient steel frame connections for any project, regardless of load size and geometric complexity. Detailers and modelers use the latest in three-dimensional technology for all projects. This results in early detection of clashes, faster project approvals and lower costs. An in-house material tracking system allows customers to follow every piece of steel throughout the entire fabrication process, from the day raw materials come from the mill, to the day the piece is erected at the jobsite. 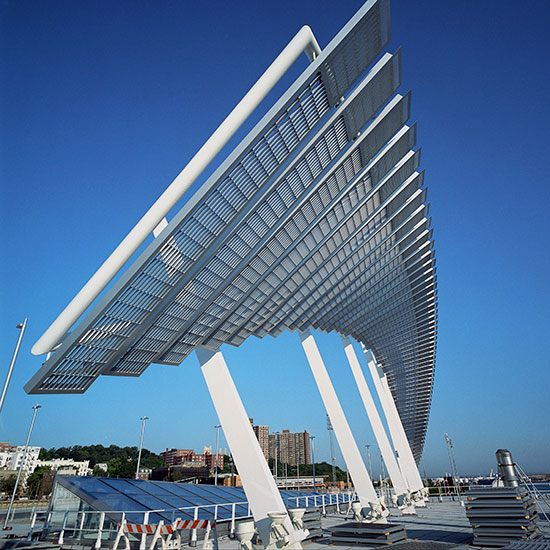 In addition to numerous recognitions of excellence, Owen Steel is an advocate for the domestic structural steel industry. Company representatives have testified in Congress and to several federal agencies on issues related to Buy America, trade and tariffs. Given that Owen Steel fabricates in the range of about 50,000 tons of steel each year, its team is well versed in issues of importance to the industry. Much of the steel fabricated in the company’s plants comes from Nucor Corporation, the largest producer of steel and steel-related products in the U.S. Owen Steel also works with several steel erection companies. Some of the company’s primary partners include A. J. McNulty & Co., Inc., out of New York; Cornell & Company, Inc., out of southern New Jersey; and Stonebridge, Inc., out of northern New Jersey.

Partnerships are of great importance because the company relies heavily on word-of-mouth marketing, direct sales, and existing relationships. While this has served it well over the years, Owen Steel is facing new challenges. Pate admits, “It’s been a tough marketplace for the last few months. Just saying it creates a lot of uncertainty. Particularly when you’re talking about a customer base who primarily builds office buildings in the major cities.” The COVID-19 pandemic has caused businesses all over the world to reconsider workspaces. Many office workers started working from home earlier this year and have yet to go back. Some businesses are even encouraging this to continue because production hasn’t decreased and savings can be realized through lower utility costs.

As businesses look to the future, they may decide they don’t need as much real estate as they once did. But they may also decide to invest in different workplace designs. “And I’m thinking we may see kind of a resurgence of the suburban office building,” Pate speculates. “You know, to kind of spread people out. And the office buildings in the dense cities may have a different kind of a make up to them, where there’s more personal space or more space for people to be separated, things like that.”

If that’s the case, Owen Steel will be ready to help build those types of structures. The company prides itself on tackling large, complex projects. And its ability to successfully execute carefully laid plans comes back to its people. In addition to recruiting a creative, highly motivated staff, offering educational opportunities, and promoting from within, Owen Steel demonstrates a deep commitment to employee health. Everyone covered by the company’s health care plan has access to an in-house clinic, an annual health risk assessment, and personalized follow-ups for employees with high-risk factors. The company also has an in-house safety bonus program for employees. Cash bonus payments are awarded to plant employees for every month worked without a lost-time incident.

The return on that investment has resulted in significantly lower health care costs for the company, but more importantly, a measurably healthier workforce. And that helps keep Owen Steel prepared to handle whatever type of structures its customers want to build – during and after the COVID-19 pandemic.

Where: Headquarters in Columbia, South Carolina

Weinstock has been a distributor of structural bolts, tools, and equipment for the construction of steel buildings and bridges since 1898. We take pride in having grown to be a leading resource for the structural steel industry, with the most complete inventory in the northeast.