The Fisheries Council of Canada – Representing a vital economic sector

The Fisheries Council of Canada

Business View Magazine interviews Paul Lansbergen, President of the Fisheries Council of Canada, as part of our series on best practices of Canadian industries.

The Fisheries Council of Canada (FCC) is the voice of Canada’s fish and seafood industry, promoting a healthy resource and working to develop an economically sound, market-driven, competitively-structured industry that offers harvesters, employees, and processors secure and stable opportunities and a sustainable future. The Council is a non-profit trade association representing companies engaged in the growing, harvesting, processing, and marketing of fish and seafood. It is an organization of like-minded fisheries and seafood associations and enterprises that support shared, fundamental principles.

First formed in 1915 as the Canadian Fisheries Association, it was reorganized and became the Fisheries Council of Canada in 1945. The Council represents member companies along Canada’s three coasts. These member companies process the majority of Canada’s fish and seafood production. Member companies also harvest a significant portion of the fisheries resources of Canada. In addition, the Council includes Associate Members who operate along the seafood supply chain.

The FCC maintains ongoing liaison with ministers and officials of numerous government departments, agencies, and parliamentary committees. The Council provides leadership, representing the industry on matters of national and international concern before parliamentary committees, advisory boards and commissions, ministers, as well as foreign governments. The FCC maintains ongoing relations with fish and seafood industry associations in other countries, as well as relations with international organizations such as the Food and Agriculture Organization of the United Nations.

The Canadian fish and seafood industry is an important producer of high quality food and a significant contributor to Canada’s economy, especially rural coastal and Indigenous communities. Thousands of Canadian families, businesses, employees, and their communities depend on this industry to provide for their well-being. In total close to 80,000 Canadians are employed directly from fishing, aquaculture, and related activities. This does not take into account all of the other spin-off and incremental jobs and benefits that are accrued in support of this industry which is often the “anchor tenant” in rural communities throughout the country. Ultimately, a stable fish and seafood sector has the potential to create an innovative base for other dynamic, regional economic growth and development to occur.

In 2017, the Canadian fish and seafood industry exported $6.9 billion of high quality seafood – ranking it as the world’s 8th largest seafood exporter. Approximately 63 percent of exports were destined for the United States, followed by China and the European Union at 14 percent and 7 percent respectively. With exports to 139 counties in 2017, seafood has the most highly diversified market compared to the rest of the food manufacturing sector in Canada. 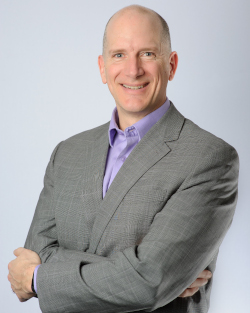 Paul Lansbergen, President of the FCC, says that the biggest issue currently facing the Canadian fishing sector is stability of access to fishing resources and the concomitant confidence of companies to invest in infrastructure and materials. He explains: “The Canadian government has a reconciliation agenda with the Indigenous peoples across Canada – they want to increase Indigenous participation in a number of sectors, fisheries being one of them. So, the government had taken away a quota for Arctic surf clam (sustainably harvested from the deep, nutrient-rich waters of the North Atlantic) and they were going to reallocate that quota to Indigenous communities, but they did not compensate the incumbent company. They have since reversed that initial reallocation, but said they were going to do it all over again because there were some complicating issues in how they did it. So, we’re waiting to see how they’re going to do that, next time.”

“But,” he continues, “they have not given any signal that they are going to compensate the incumbent. The problem with that is the company had recently made $150 million worth of investment in upgrading a processing plant, upgrading a vessel, and buying a brand new one. And, without that quota, part of that is excess capacity. So, that reallocation without compensation does not respect past investments. Then, for everybody else in the sector, they know that this reconciliation is not just a one-time thing; it can certainly happen in other fisheries. So, everybody’s concerned about who’s next. Am I going to keep my license or my quota long enough to get the payback on that next investment that I want to make? So, that’s putting a chilling effect on investment.”

“We’ve got lots of growth opportunity because of growing global population, and growing demand for protein,” Lansbergen believes, “so we could realize some of that growth in markets around the world. But, we can’t do that if we’re not able to invest, innovate, and stay competitive. So, that’s the biggest challenge.”

Looking ahead, Lansbergen says he would like to see Canada regain some of its market share in the global marketplace. “We used to be the largest exporter of fish and seafood; we’re currently 8th,” he opines. “The sector has a goal of being in the top five and so, I’d like to see us get there. And that will require investment and innovation, so the Council is, obviously, engaged with government on a lot of policy issues. They’re trying to help with some funding programs and that’s certainly appreciated.

“They’re also investing in science for fish stock assessments and things like that, and that’s very important because we have a strong sustainability record and that gives us an advantage in the marketplace. When our customers are looking for a strong sustainability performance of their suppliers, it’s easier for our companies to satisfy the requirement, because in addition to that strong regulatory regime, we also are a world leader in third party certification of fisheries management. So, again, when customers want that evidence, we can say all our practices are audited on a regular basis. So, that’s important in the marketplace.” 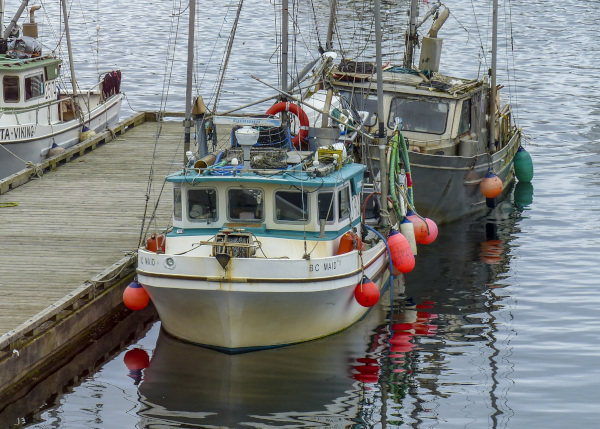 “The other aspect that I think is important going forward is how the general public and consumers look at fish and seafood as part of their diets,” he adds. “We have some strong advantages there, as well. Fish is low in fat; it’s high in Omega-3s, which is important for our brain functions; it’s an important source of many vitamins and minerals; and so, it’s a good part of a healthy diet. So, the Council wants to do more public education and awareness and promotion of the attributes to encourage people to eat more fish and seafood.”

The Canadian seafood industry is well positioned to continue providing high quality, safe, healthy, and sustainable sources of protein to the global community. As the Fisheries Council of Canada enters its second century, it promises to continue to advocate for this vital sector of the country’s economy.

WHO: The Fisheries Council of Canada

WHAT: An association representing Canada’s fish and seafood industry

The Investment Casting Institute – Strength in...