Feelin’ blue and loving it!

Fields of beautiful Bluebonnet wildflowers surround Ennis, Texas in the spring, drawing thousands of people to the historic city, many of whom wish to stay and enjoy its beauty, warmth, and charm all year-round. Everything Ennis offers centers around community and families, and aims to foster a feeling of belonging, inclusion, and connection to the city’s history and its future.

Becky McCarty, Downtown Development Director for Ennis, grew up in the city, raised her children there, and now wants to share that experience with others. She explains, “There is a huge sense of community in our town. I don’t know any difference because this is where I’ve always lived, but I hear that reiterated in businesses that open here and from people who are moving here – that they love it because everywhere you go there are people know you. We’re friendly, we really embrace hospitality, and want everybody to feel welcome here.”

Another life-long resident and current Marketing and Communications Manager, Erica Todd, says it’s not hard to accomplish her goals because Ennis lends itself so well to families, businesses, and people from all walks of life. That the job, almost does itself. She boasts, “We have everything that anyone could possibly need, not only aesthetically, but just generally. Ennis is so attractive because of the sense of community; everything is family oriented. It’s the place where you want your kids to be able to grow up and experience life because there’s just so much value in community and there is a deep fulfillment of being able to live, work and play here in all in one place.” 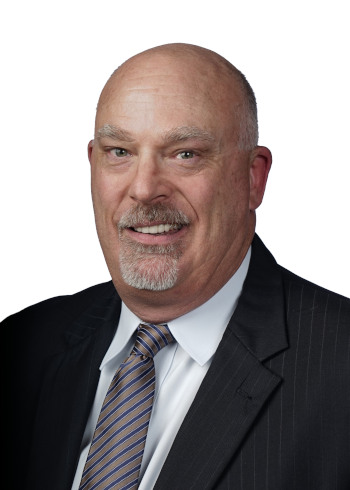 Ennis is located in Ellis County in northeast Texas, and it’s growing very quickly. In mid-2020, the population was about 20,000 and today it’s about 22,000. There are 5,300 housing units in the works, with an expected 17,000 more people moving to the city in the next 5-6 years. Jim Wehmeier, the city’s Economic Development Director moved to Ennis just over a year ago and knows that maintaining the city’s sense of community is integral. He reports, “You get used to all the benefits of a small town. It has a tremendous sense of place, a tremendous sense of its heritage. They know where they’ve come from, Ennis is a community and not just a city. There is a big difference. We’re on the front end of explosive growth and so we are looking at that very purposely, very intentionally, to make sure that we continue to honor our heritage as we grow and embrace our future.  We focus on highest and best use and will not let the city develop in an inappropriate way.”

Ennis is just 35 miles from Dallas, minutes from the Metroplex on Interstate 45, and just a short 15 miles to Waxahachie, the Ellis County seat. The city is home to a large light and heavy industrial sector with a broad base. In it are several steel fabrication companies, as well as a multitude of other traditional manufacturing and distribution companies. The major employers are manufacturers like Sterilite, Leggett and Platt, GAF, Schirm, Certainteed, and Ennis Steel. Wehmeier says, “We’ve got that diverse base and the takeaway on that is that it’s everything from your traditional manufacturing to your advanced manufacturing to some warehousing and distribution.”

Ennis has recently added FreshPet, a $1 billion fresh pet food manufacturing facility that will be the largest of its kind in North America. FreshPet will be going into production this summer and will employee an estimated 600 at full build out. As a testament to the local workforce, Freshpet has already hired well over 100 employees and are adding more weekly as they ramp up to their opening.

Wehmeier acknowledges, “Every city in America is having some workforce challenges, regardless of size, as this seems to happen more in cycles with our economy and changes in national policy and that type of thing.” With that in mind, the city has formed a strong relationship with Texas State Technical College, Navarro College, and the Ennis Independent School District to offer more trades-related pathways, and the economic development corporation also offers a scholarship to students who are looking to attend trade school and return to Ennis. Being proactive, they are supplying industry with the needed quality workforce and are drawing new companies all the time.

“The traditional pathway of university or academic education doesn’t fit everyone,” Wehmeier admits, “and quite honestly it doesn’t fit the economy in general. If everybody went and got a four-year degree, our economy would collapse because we need these technical trades in every city, not just here. However, in Ennis we’ve got a strong workforce and with the rapid growth in our housing market, it will continue to grow and obviously our hope is that it outpaces the need.”

In 2013, an EF1 tornado ripped through Ennis’s historic downtown causing severe damage to many of its buildings. The damage was so widespread the city was faced with a tough decision – clear out and build new or preserve the history and majesty of the downtown core that was so central for community gatherings and events. The city chose to save it and partnered with MESA Design Group to bring the downtown back to life with improvements that safeguard the historical aspects – thanks to a $150 million investment. McCarty says that working with MESA doesn’t feel like work at all, noting, “They’re like family, they have completely invested in our downtown and at every turn, at every development, they are boots on the ground. David Neumann, who is kind of the big brother of our project, is downtown all the time making sure that it always looks its best. He’s working with developers on their facades and they (MESA) are really a great partner.” 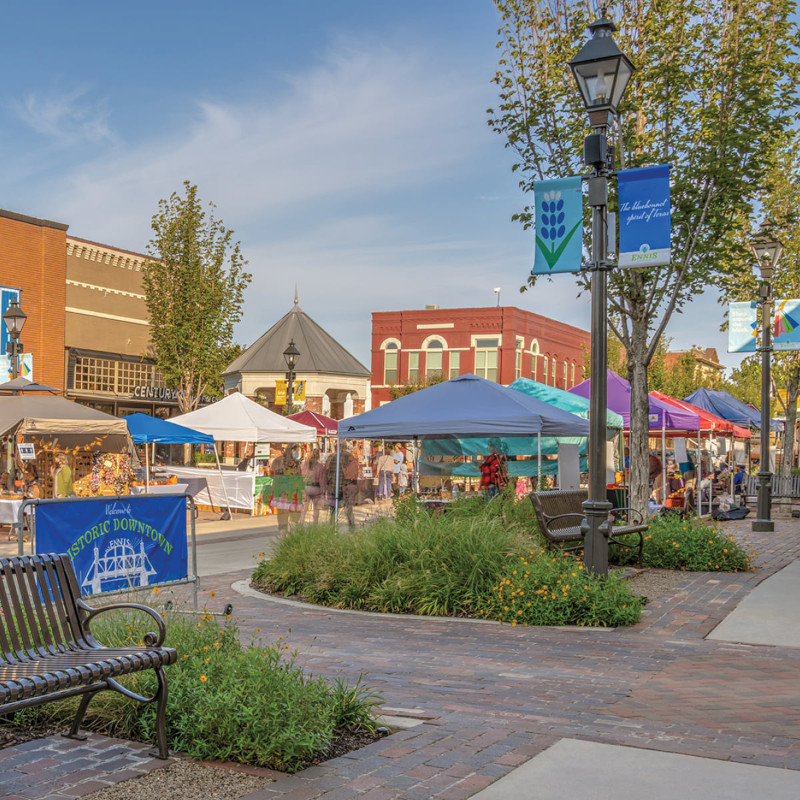 The city council did extensive strategic planning to facilitate the transformation and have followed all of their steps and timelines to ensure the downtown’s legacy lives on. MESA was incorporated into that plan. The downtown’s available spaces and shops are now 100 percent occupied by local businesses and they are still in the process of renovating and restoring a lot of buildings. Over the course of the COVID-19 pandemic nine new businesses opened downtown.

“It’s a very exciting time,” McCarty says, “Our downtown is definitely the heart of our city and I think that also provides that sense of community. It really gets people excited about opening up a business here.” A few businesses on the way include a cooperative workspace, a $2.5 million restaurant and speakeasy, and the iconic ACE Hardware Store is under new management and expanding its location downtown. The new 22,000 square foot facility will have everything other ACE stores have, including a garden centre. McCarty believes it will definitely be a destination downtown.

The downtown team is also working toward finalizing contracts to redevelop the North Plaza which may turn into a four-story building with retail on the first floor and 170 or more apartments above and a four-story parking garage. They also hope to redevelop Sundance Square to add a splash pad and an outdoor stage for live music and other events. McCarty boasts, “We’re really excited about that, downtown has been completely transformed with our new streetscape and infrastructure that we have put in. It is amazing, it really is a beautiful place.”

MESA is managing all of the projects to ensure they fit the design of the downtown, As Wehmeier explains, “They are all connected to make sure that it works together, all that happened before I got here, but it’s absolutely the right way to approach it in my opinion. It’s brilliant… MESA are an extension of our staff, they’re so entwined with everything we’re doing that they are part of Ennis.”

The downtown is the primary location for the city’s events, including the Bluebonnet Festival, and it lights up the soul at Christmastime with its unique and beautiful display. “Honestly, it’s unbelievable,” Todd says, “I get choked up every Christmas because it’s just so stunning.” Wehmeier concurs, adding, “It will bring tears to your eyes. Our downtown feels like you’re walking into a Hallmark movie or you’re coming into a Norman Rockwell painting. It’s truly breathtaking.”

Looking to the future, Ennis is preparing for the increase in residents by continuing to work down a list of road resurfacing, water main and storm sewer upgrades, and giving people the total package. Although some residential areas lack high speed fiber and broadband connections, the industrial areas and downtown do have fiber. The city is working to have providers offer a diverse range of internet services in the community with redundancies to ensure competition. They are investing more than $2 billion into the city, including housing, and they are waiting for to reap the benefits of the current projects. Wehmeier emphasizes, “We’re a $2.1 billion dollar community in tax value and we expect that to double in the next four years. We’re hitting on all cylinders!”

What: A beautiful ‘bluebonnet’ city; population 22,000

Where: Thirty minutes from Dallas in Eastern Ellis County, Texas

MESA is an award-winning Landscape Architecture, Planning, and Urban Design firm based in Dallas, Texas. For 40 years, we have enhanced public and private spaces and created opportunities for recreation, education, and community, both locally and internationally. Our portfolio ranges from intimate garden spaces to large-scale, comprehensive, master-planning projects.