Out on the high plains of Deaf Smith County, Texas, they are used to working hard. Known as the beef capital of the world, this region has fared better than many during the COVID-19 pandemic because almost everyone is an essential worker. “We have just kept on doing what we can,” explains County Judge D.J. Wagner, “and amid everything, we are continuing to grow and be intentional about that.”

Located in the southwestern part of the Texas Panhandle, Deaf County covers a rectangular swath of over 1500 square miles. Originally the home of the Apache, Comanche, and Kiowa tribes, the county is proud of its rich and diverse history. It was created in 1876, later organized in 1890 and named for Erastus “Deaf” Smith, a partially deaf scout and soldier who served in the Texas Revolution and was the first to reach the Alamo after its fall. 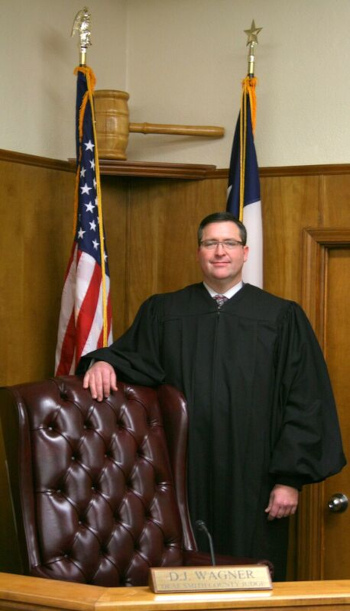 The largest city, Hereford, named after the famous breed of cattle, contains three-quarters of the county’s 20,000 total resident population. Deaf Smith County is a rural area – aside from the cattle ranches, the agricultural crops of wheat, cotton, sorghum and other grains, and vegetables grow with the help of irrigation from two aquifers, the Ogallala and Santa Rose.

Since the turn of the century, Hereford has been the county’s main transportation hub, with tracks laid in the late 1800s for the Pecos and Northern Texas Railway, a subsidiary of the Santa Fe line. Today, the Burlington Northern Santa Fe Railway (BNSF) still operates 75 trains a day through the heart of town. Highways began to run to and from Hereford as early as the 1920s, facilitating the better movement of farm products, and linking the city to all parts of the county and beyond. Today, the community is also served by the Hereford Municipal Airport, which offers a lighted, 6,100-ft. runway and can easily accommodate large corporate jets.

Back in the spring of 2019, Hereford was experiencing a housing crunch. Wade Hawkins, Hereford’s Economic Development Coordinator, acknowledged there were a fair number of single-family homes, but less to be found for first-time buyers. And no properties to house incoming people that weren’t in the market for a custom home. At that time, the city had contracted a residential developer who had purchased 92 acres that would be annexed by the city and have all city utilities supplied to the development. The initial plan was for 240 lots for single-family housing, as well as some townhomes and duplexes. There was also talk of a 48-unit apartment complex going into the north of the city.

“We have now seen some progress in this area,” says Judge Wagner. “The new subdivision to the south of town has started. When that is all said and done there should be about 400 new properties out there. There are probably 30 to 40 that have been erected already and many more with foundations being poured. Most of the infrastructure is done and they continue to pave those roads, doing the curb and gutter and all the utilities right now. We have not started the apartment building yet, but it is still in the works.”

The increase in available housing is necessary because the two major employers, Caviness Beef Packers and Merrick Pet Care company, are both growing and will be adding over 1000 new jobs in the next year. A fantastic economic boost to both Hereford and the county. It is a good test of any municipality to deal with such a large increase in residential growth, but in a small city like Hereford, the accompanying amount of infrastructure growth is especially significant. 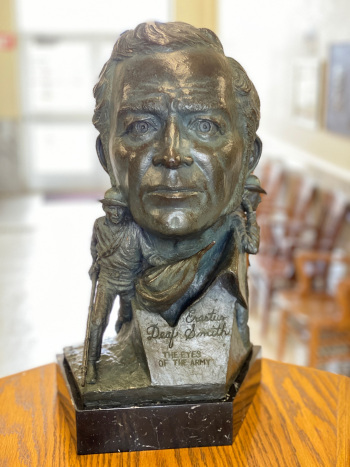 The city also had plans in place in 2019 to replace their community centre, which is over 70 years old. The objective was to build a state-of-the-art facility, primarily for the benefit of local citizens but also to bring in out-of-town events and larger gatherings. “That project has gone well,” says Judge Wagner.” In fact, we opened our new 19,000 square foot facility this fall. It was a $6.5 million project in the end and worth every penny. We also built a new field house for the football team at the High School and are looking at revamping the Junior High next. And we had our ground-breaking for the new County Jail in October. They are starting with dirt and site work and it is going to be an 83,178 square foot building with a 196-bed capacity. It will also include a new Deaf Smith County Sheriff’s Office. The total expected cost $35.2 million and it is scheduled for completion in February of 2022.” The county has also passed a tax abatement to build a new solar farm east of the city of Hereford and other improvements are ongoing, including work on the new water well project to provide more sustainable water options, as well as concrete work on Highway 60, the main artery through the town.

Without continual growth and capital investment, there is really no incentive for companies, or prospective employees, to call Deaf Smith County home. That is why county and city administrators agree this is important work. The Economic Development Corporation’s job is to recruit industry and business to the City of Hereford and Deaf Smith County. And each case is dealt with on its own merits. For example, Caviness was offered a $1.2 million incentive, essentially $2,000 for every job they would create, in the form of a forgivable loan if those criteria were met over a stated time. Similar initiatives were undertaken with Merrick Pet Food. The point is that the city is open for business and interested in welcoming any new companies to Hereford and doing as much as possible to incentivize that move.

That open arms attitude, combined with excellent rail, air, and highway access, a skilled workforce, favorable operating costs, and an enviable quality of life makes Hereford the ideal location for businesses and their employees and families to thrive. That economic success, in turn, creates a healthy and prosperous atmosphere for all of Deaf Smith County to enjoy.

WHERE: Southwest region of the Texas Panhandle