Dallas, Oregon knows exactly what it wants to be. The semi-urban city of 17,000, located just 15 miles west of the state capitol of Salem, has been carefully laying the groundwork for its future development, ensuring that it maintains its own character and becomes an ideal place for its residents and businesses alike.

“We’re trying hard not to become a bedroom community to the state capitol,” says Charlie Mitchell, Dallas’s Economic & Community Development Director. “We are trying to maintain our own identity and have our own employment centers, have our own places of commerce, those sorts of things. So we’re trying to prevent that daily commute from Dallas into Salem.” 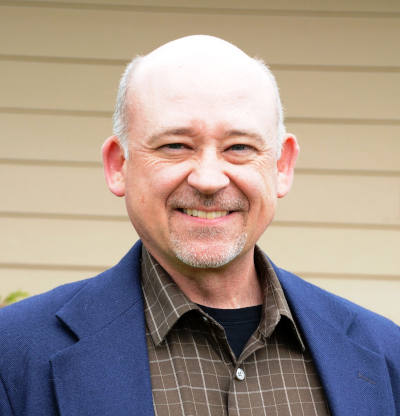 The city itself is growing rapidly, with more than 500 new homes added to the landscape over the last three years. And there’s no real sign of that slowing down any time soon. “There’s abundant, properly-zoned land to allow for quite a bit of future residential development,” Mitchell says. “It’s occurring organically, but our focus is really on managing that growth.”

Located on the western edge of the Willamette Valley, the Dallas area is agriculturally rich with plenty of opportunity for outdoor recreation. “The city is very attractive for residents,” Mitchell says. “We have a traditional small town feel and people like that. There’s low crime, there’s a hospital here, there’s an aquatic center, great parks, great walking trails and sports fields and schools that make it an attractive place for people of all ages.”

Because of this, Dallas has grown an average of three to five percent per year, with no end in sight. The city has crafted a series of plans to help ensure that the anticipated future growth unfolds in a way that benefits Dallas and defines its identity. Their first point of action includes a focus on the commercial and industrial side of the city to create a more diversified tax base that takes some of the burden off of residents.

They are currently in the process of creating an urban renewal district centered around a former wood products mill site taking up more than 60 acres of land within the city limits. “City council has made redevelopment of that site a high priority for a number of years, so the urban renewal district will give us a financial tool to help in that redevelopment,” Mitchell notes. The district will also include a large swath of land in the southern part of the city, which is either undeveloped or underdeveloped.

“It covers virtually all of the industrial land in the city,” Mitchell says. “So there is much potential for new development in the district, which should equate to a lot of tax revenue to do a lot of projects.” That could include infrastructure projects for water, wastewater, transportation improvements, as well as funding to assist with and incentivize private development. Mitchell says he hopes to have the urban renewal district in place by September and revenue coming into the city within the next couple years.
He explains, “It’s a long-term, 30-year-plan, so we don’t anticipate necessarily immediate success. It’s going to take some time, but we are laying the groundwork. That’s the big thing we are focused on right now.”

On a smaller scale, Dallas is also placing focus on its downtown. The city is in the process of creating a National Historic District downtown to celebrate the city’s historic architecture, which is centered around its traditional 19th century Courthouse Square. “It’s a great, traditional downtown square kind of feel. The bones are in place, there’s good infrastructure, we have wide, clean sidewalks and great pedestrian lighting and places to sit and trees to get shade under and all those nice things that people expect in a downtown,” Mitchell says.

However, what they are lacking is the vibrancy on the business side. He adds, “For example, we have a couple of great tap houses and we have a wine tasting room, but we don’t have a microbrewery. So that’s one of the things that would add to the inventory of our downtown. We’d also like to have something along the lines of an ice cream shop where you can go after a movie. There’s a historic cinema in our downtown where there are first run movies being shown, but then where do you go after the movie with your family? So there are some pieces missing in the puzzle and lots of opportunities.” 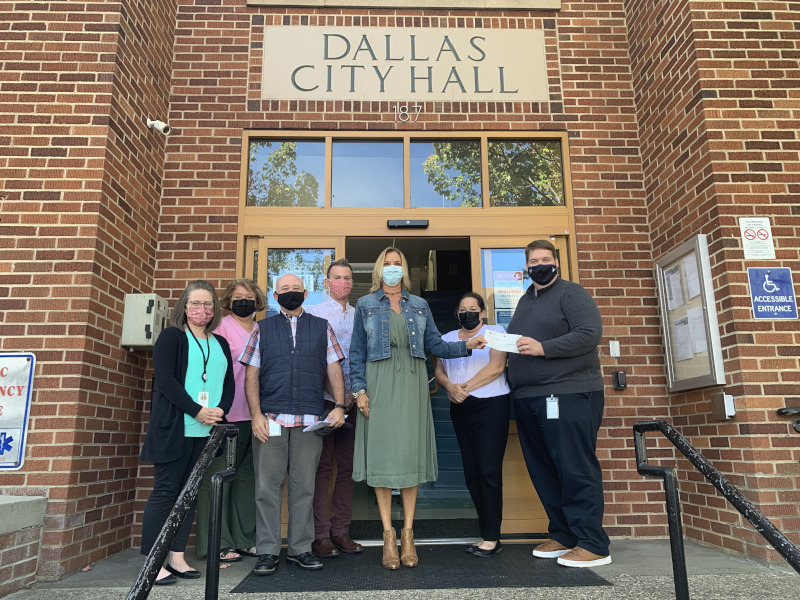 The downtown’s occupancy rate is high and turnover is low, so Dallas is being very selective about where it will put new businesses when they arise, and how it will encourage new businesses to settle there. They have used American Rescue Plan Act funds to assist building owners in renovating their historic commercial buildings and are working to partner public funds with private interest to help get those buildings refurbished and occupied once again. “It’s an ongoing process with a typical main street scenario where you have constant churn with small businesses and you’re trying to create opportunities for new businesses to locate,” Mitchell says. “So there’s lots of work to be done, but that’s the direction we are going in.”

The city is also in the process of acquiring a former Bank of America branch building that has been vacant for a number of years. Their plan is to facilitate future private sector development in the hopes that it can be redeveloped into a multi-storey, mixed-use project. “Our whole reason for acquiring that site is not for city use or public use, it’s to facilitate private sector development so that there’s another good property tax paying, economically impacting development there,” Mitchell explains. “We are going to take our time and go through ample public engagement over the next year or so to make sure that all the stakeholders are aligned with a vision for what they want to see at that site.”

Dallas’s current major industry is agriculture, with a focus on winemaking. There are dozens of wineries within a five to 40-minute drive of the city. The wine industry is becoming a much bigger part of the local economy, as well as a very popular attraction to the area.

The city’s largest employer is actually an upscale retirement village, and Dallas recently attracted the attention of Ascentec Engineering LLC, a major employer in the aerospace semiconductor industry. “They are a high-tech metal machining company and their primary base of operation is about an hour north of us in the Portland area,” says Mitchell. “They were looking for a location for an expanded second facility and they chose us because we had a building that had been vacant for a time that met their needs.” The company is expected to invest in around $10 million in equipment, which will result in hundreds of jobs for the area.

The City of Dallas also partners with an organization called SEDCOR – Strategic Economic Development Corporation – out of Salem, which acts as a regional economic development organization for the county. That partnership helps attract opportunities to the city and acts as a screener for new businesses. “They’ll do the vetting and the screening and they do the marketing as well,” Mitchell says. “They have a database that they maintain, so it’s really important. We just enjoy their collaboration and we use them in a lot of different ways.”

Partnerships are a big reason why Dallas is able to carve out opportunities that will meet its specific needs, allowing it to grow in a way that suits them. A partnership with nearby Polk County cities, Independence and Monmouth, has allowed the cities to hire an individual who is solely focused on the tourism and hospitality industry in the county. Dallas has also recently hired a new economic development specialist for the city who will work with the city’s Chamber of Commerce, Downtown Mainstreet Association, and visitor’s center to help keep those organizations going strong.

“A lot of the work is going to be around citizen engagement and getting more volunteers on board… those kinds of things,” Mitchell says. “We’re going to invest in that for a few years and see how it goes.”

Careful planning and thoughtful partnerships have set the City of Dallas on a clear path for growth in a way that maintains the city’s identity. The city will continue to do so to accomplish its goals. “I’m always looking for new ways and new partners and I appreciate getting the job done with as many folks as possible,” Mitchell says. “I don’t let my ego get in the way of sharing. It doesn’t matter to me who gets credit for success, as long as we can work together to make that success happen.”

Where: Located in Polk County, 15 miles west of Salem

Willamette Valley Fiber (WVF) is a fiber to the home network delivering high-speed Internet access and voice services to Dallas, Oregon. WVF delivers synchronous data speeds up to 1 gig to the end user and is currently the only fiber to the home provider in their market. Offering great local customer service & support, unmatched speed, and the best value for the price. If you’re buying internet from anyone else in town, you’re missing out. www.wvalleyfiber.com