It’s true that many community banks in the U.S. are having a tough time. With a record number of closings, the individuals and small businesses that relied on the financial services that these institutions offered are often being forced to use less reliable lending channels, from pawn shops to pay-day loans. But not all banks are turning away from their smaller customers.

Cross River, a community bank and fintech leader headquartered in Fort Lee, New Jersey, continues to put its local people and their business first, providing them with financing options that are safe, fair, affordable, and transparent. “Cross River is built upon a relatively simple premise,” Phil Goldfeder, the organization’s Senior Vice President for Global Public Affairs, tells Business View magazine. “We merge the trust and reliability of a community bank with the innovative offerings of a technology company.”

In practice, this means that Cross River stands at the intersection for technology firms looking to provide financial services. “If you were to go online and take out a loan using a company like Rocket Loans, on the surface you’d be going to a technology company but, in reality, Cross River is the entity that is providing the financial services,” Goldfeder explains. “Cross River is the bank actually making that loan.”

What makes Cross River unique is the pace at which it is able to innovate. This is primarily due to two factors. The first is Cross River’s expertise within the areas of regulatory compliance and consumer protection. The second is the fact that Cross River has built its own technology from the ground up, enabling it to move at the same speed as its partners. “Typically, a technology company is fearful of integrating with the banking system, because most banks will slow them down and hinder innovation,” says Goldfeder. “So, I think Cross River’s secret to success is the way we’ve grown alongside our partners and allowed them to continue developing innovative products and services.”

Another reason for Cross River’s greater agility and flexibility when compared to other banks is timing. Cross River began in 2008 in the immediate aftermath of the global recession. While most banks were exiting the financial services industry, dealing with bad assets, de-risking, and managing significant balance sheet problems, Cross River didn’t have to deal with such baggage. According to Goldfeder, “On top of trying to get their house in order, traditional banks also had to navigate a new regulatory structure as a result of Dodd-Frank. Although most people said we were crazy to open a bank at that time, Cross River saw an opportunity and stepped into that ecosystem. We decided to enter when most people were running away.”

The idea at the heart of Cross River is simple – to find ways to serve communities and support borrowers who need access to credit and other financial services. As a new bank, it was able to build its entire business model on top of the emerging regulatory structures. This meant that Cross River was not burdened with legacy systems. It also meant that the bank had a clean balance sheet and assets to deploy.

“When we started in 2008, there was no grand plan for technological innovation,” Goldfeder admits. “We opened up simply to serve the local community, offering the traditional services you’d expect from a community bank. But most people who had been customers with the biggest banks suddenly found that their calls weren’t getting returned after the recession. We recognized this gap in the market.” 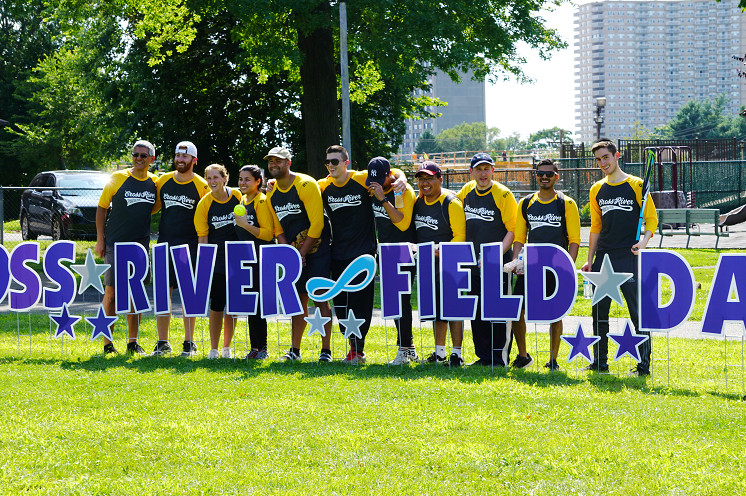 Cross River’s first foray into the technology space didn’t actually take place until 2010 when the bank was approached by a company called GreenSky. “GreenSky is a technology firm that had a contract with Home Depot to deploy loans,” says Goldfeder. “GreenSky had the technology but they were looking for a bank that could help them originate the loans. So Cross River worked tirelessly to build a regulatory structure that enabled a community bank in New Jersey to help originate loans at Home Depots all across the country, working in partnership with GreenSky.”

Cross River’s collaboration with GreenSky was the start of an entirely new approach to banking. Now Cross River was not only focused on making credit available to its local community; it was also evaluating the challenges of partnering with a  technology company, identifying how it would continue to protect its consumers and ensure regulatory compliance.

The GreenSky partnership may have been the beginning but, since then, Cross River has slowly yet surely expanded its partnerships and today has a few dozen online lending services. However, the bank’s partnerships go beyond online lending to cover a range of innovations. Goldfeder acknowledges, “As new technology companies offer additional services, Cross River evolves to meet the needs of those services. A good example of this is a point of sale lender that we were originating loans for. One day, they said that they also wanted to offer their customers a savings account. So we worked with them to do just that.”

However, in spite of all its innovative output as a B2B player, much of Cross River’s work is likely to go unnoticed by the everyday consumer. For instance, when the COVID-19 pandemic hit and the federal government was looking for financial services partners to help make paycheck protection loans, Cross River leveraged its knowledge of small business lending to ensure the loans were available to anybody in the country on the first day of the Paycheck Protection Program. “On day one of the program, Cross River was open for business to any borrower in the country,” says Goldfeder. “You could argue that most people would still not have heard of us but, once again, we partnered with technology companies to help spread the word and provide loans to all of their customers.”

Across both rounds of the Paycheck Protection Program, Cross River made over 480,000 loans, collectively worth more than $13 billion. “The best part was the fact that our average loan size was $27,000, which means that we were serving the smallest businesses – those most in need,” Goldfeder explains. “And we were doing it by merging the expertise of a bank with the innovative offerings of a technology company.”

The ability to straddle the technology and financial spheres owes a lot to the quality of Cross River’s employees. “Our workforce is expanding rapidly,” Goldfeder adds. “We’ve been growing at the pace of a technology company. To put things in perspective, Bank of America utilized 10,000 employees to make just 8,000 more loans than us. That speaks to our commitment to innovation.” 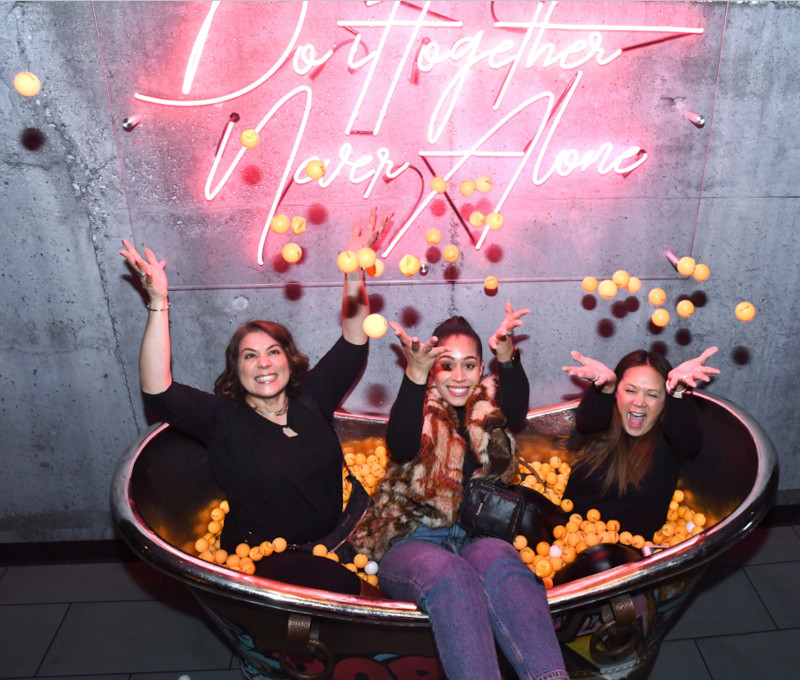 In return for the hard work of employees, Cross River champions a corporate culture that recognizes and rewards their endeavors. Goldfeder proudly reports, “We’ve won best fintech to work for from American Banker for the last four years. We are a bank that steps up for its employees. For example, at the outset of the pandemic, we gave every employee an additional $500 stipend to get their work from home station set up or simply boost their wellbeing with a much-needed massage. We sent out weekly employee surveys to find out the challenges around home working and then looked to address them.”

The type of individual that fits within this corporate culture is someone who wants to push the envelope, thinks differently about banking and technology, and really wants to change the world. If Cross River can keep sourcing these kinds of talented employees, the bank, as well as the community it serves, is surely set for a bright future.

“The world is changing rapidly and, unfortunately, the banks that are unwilling to recognize this and innovate appropriately aren’t going to survive,” Goldfeder comments. “But right now, Cross River is leading the industry and we plan to have a tremendous impact on the economy and wider society in the coming years.”

What: A financial services leader combining the expertise of a bank with the innovation of a technology company

Where: Based in Fort Lee, New Jersey

During times of crises, our nation has rallied to help those devastated by disasters not of their own making. The Covid-19 pandemic presented an unprecedented emergency because it impacted everyone, everywhere. The old rules and processes to deliver aid on this scale simply would not be enough and would leave out the communities that have traditionally had trouble – or even been deliberately excluded from – the assistance they desperately needed.

In March of 2020, at the onset of the pandemic, Congress passed the CARES Act which included the Paycheck Protection Program (PPP), and partnered with traditional and fintech banking and lending institutions to deliver critical funds to help small businesses keep employees on payroll.

Cross River and the fintech sector answered the call of Congress with the mandate to help small businesses survive. While many big banks were non-committal, fintech filled the void, developing automated application processes that included necessary and appropriate controls based on constantly evolving SBA guidance.

Recent studies by the NY Fed, the San Francisco Fed, and the US Government Accountability Office (GAO) all found that fintechs played an essential role in serving borrowers that would have otherwise been unfairly excluded.  According to research from the NY Fed, 95% of large bank applicants showed that applicants had prior relationships with a bank. Fintech lenders such as Cross River were able bridge the gap and provide financial support to previously underserved applicants, even those without a direct relationship.

A study released by researchers at NYU Stern, NBER, Ocrolus, and the University of Chicago, demonstrated the imperative role fintech played in creating equity through the PPP program. They found that fintechs automated underwriting processes that helped reduce racial discrimination. Further, NY Fed research indicated that fintech lenders were critical to delivering PPP loans to underrepresented populations during the pandemic; one in four Black-owned companies applied with fintech lenders.

Without the innovation of the fintech sector, countless underserved small businesses would have been left out from receiving the aide the desperately needed. It is essential that this be the model going forward and that the democratization of finance, ushered in by fintech, embraced as a core fundamental in how Americans access capital in good times and bad.

American River Bank – The difference is...