Imagine a bend in the river… lush, beautiful Wisconsin trees hanging over the sun-dappled water, and rich fertile soil. That was the sight that met Norman Clinton and his family when they first settled along the banks of the Pigeon River.

Established in 1855, Clintonville is a small town in rural Wisconsin with a long industrial history. It is the birthplace of four-wheel drive technology when in 1909 Otto Zachow and William Besserdich founded Badger Four Wheel Drive Automotive, which would later become FWD. Clintonville is also the birthplace of Wisconsin Central Airlines that ran commercial passenger service from 1948 until 1966. The robust manufacturing presence continues today in Clintonville with Seagrave Fire Apparatus, the longest-running fire apparatus manufacturer in the United States.

The city has numerous parks and lots of recreational opportunities such as boating, fishing, golfing, hiking, and sports – all accessible by flying into the Clintonville Municipal Airport (CLI). The city-owned general aviation facility covers 533 acres and has three runways the longest of which is 4,599; then 3,812; and 2,002 feet in length. It houses some 30 general aviation aircraft and several aeronautical-based businesses, including Airtronics, which is focused on electrical services needed for avionics and aircraft radio systems; Birds Eye Aviation, a company that shoots aerial photography; and Lumanair Aviation Services, which services pilots renewing their flying certifications. The airport also has a high-end self-serve fuel farm with both AVGas and Jet Fuel. 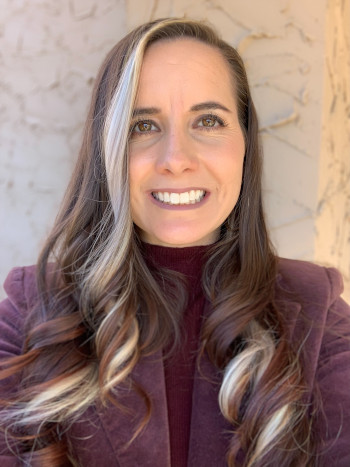 “The last few years have seen a lot of changes,” explains Caz R. Muske, Clintonville City Administrator and Airport Manager. “For example, there used to be a Shopko department store here, and when Shopko went out of business nationwide, we had this vacant box store that was going unused. A local developer is now retrofitting it and it is going to be a great mixed-use space that includes a high-end mechanic shop with a license to work on Mercedes and BMW, a Total Fitness, and other tenants. It shows how the economic growth of the city and the airport as a driver of economic growth go hand in hand.”

Admittedly, Muske sees the airport mostly as a recreational base for general aviation pilots who see it more as a sport. However, those same pilots are often business executives and others who use the airport as a touchpoint not only for their personal life but their business travel, as well. To continue to focus on the current occupants, and prepare for new tenants, they are looking at improving the overall function as a GA airport, and then growing at a sustainable pace, according to the Master Development Plan which covers the years up to 2028.

“We have just bid out a resurfacing project for our runways,” says Muske, “which is a huge project. This will be paving all the taxiways and runways except our main runway. In 2028, we hope to be resurfacing the main runway if the funding comes through working with the state. Also, we are painting the exterior of the pilot’s lounge to match the exterior of the Snow Equipment Removal (SRE) Building finished in 2021. And speaking of painting, we are starting a new cultural project that we are really excited about – adding murals inspired by the large square ‘quilt’ designs you often see painted on the sides of barns. From seeing those as I drove around, I became inspired to add them to the outside of our buildings. We are going to turn multiple panels into barn quilts with aeronautical themes.”

The airport team takes great pride in being adaptable. As Muske reports, “This past year there was a helicopter crew doing tree trimming in the area, and we were selling them jet fuel, but they had nowhere to store the vehicle. So, we shuffled some equipment around in our new SRE building – and when they took the blades off the helicopter, it just fit. This all made us realize just how much hangar space is at a premium. We will definitely be looking at adding some in the future, but it is just not economically feasible for us at the moment.”

As Clintonville continues to reach out to different businesses, trying to recruit them to the city, they are also looking at how the airport can accommodate such businesses in the future. Muske recounts, “Last year, we had a fly-in organized by the local Experimental Aviation Association and that brought in some 20 additional aircraft, and people who wanted to come out and see the planes. They did some grilling, and it was a good way to promote Clintonville Airport. We also want this to be a place where we can invite teachers to bring their students out to the airport, as well as invite other community members to use our space – but that means taking the time to improve to be able to put our best foot forward. We are also trying to be strategic in whom we partner with and the direction we want to move in.” 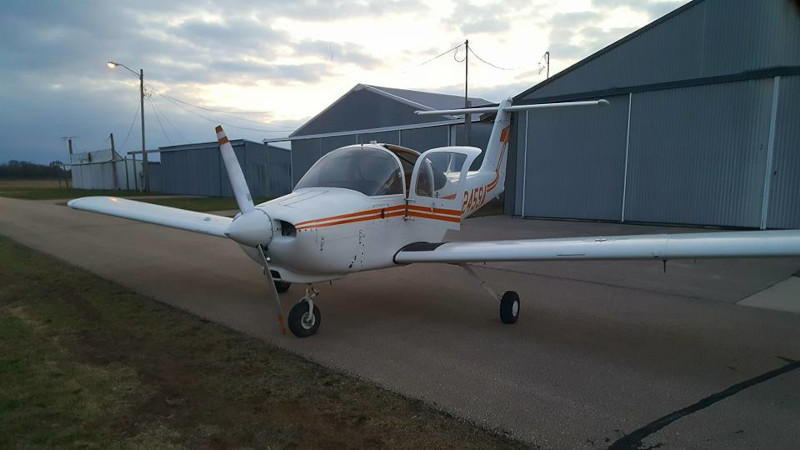 Less than 50% of the airport property is developed, which makes it possible for them to expand in many ways. Interestingly, some of the area is leased out for low growing crops, another revenue generator that has allowed a diversified stream – weathering the pandemic and economic uncertainty of the last few years quite well. As soon as they get the green light from the state, they hope to be expanding with even more development.

“I hope that the things we are doing will cause more awareness in the community,” Muske adds. “I know there are people who do not really even know we have an airport. By emphasizing our history and raising awareness, we can show everyone how an airport can benefit the community. Clintonville has a history of being on the front lines when it comes to innovation, and we can get there again. I would like to partner with flight clubs, schools, history buffs, maybe even a technical school and have a consistent presence here on the airfield of partners who are interested in making it better.”

She acknowledges that if the airport had unlimited funding and unlimited resources, they would “just build it and hope they come” but, as it is, they must be strategic about attracting the right people at the right time. That being said, they need to start with building slowly – a couple of new hangars, some extra meeting space, and continue to branch out with the help of others.

“I have always believed in connecting with others and avoiding the silo approach,” says Muske. “The airport is stronger when it partners with others, and we need to be capitalizing on current relationships. Two of our biggest partners when it comes to looking towards the future have been the Waupaca County Economic Development Corporation, the Clintonville Area Chamber of Commerce, and the Clintonville Industrial Development Corporation. Those organizations go beyond the city and bring in other members of the county. They essentially create momentum when it comes to economic development and put money into business recruitment as well. They have always been very supportive of us, and us of them, because they understand the economic potential of the airport – which is huge.”

What: A city-owned, public use airport