Much more than just ice

Centre 200 is widely regarded as the premier cultural and entertainment venue on Cape Breton Island, Nova Scotia, welcoming thousands of visitors through its doors, every year. Named in celebration of the harbor town of Sydney’s 200th birthday, Centre 200 is a versatile convention, exhibition, sports, and entertainment facility with exceptional flexibility to meet special requirements. It is home to the QMJHL Cape Breton Screaming Eagles, and the NBL Canada Cape Breton Highlanders. But beyond basketball and hockey, Centre 200 is much more than just court space and ice.

General Manager of Centre 200, Paul MacDonald, shares the backstory. “Most of us have been with the facility 25 years or more. I was here when the AHL Cape Breton Oilers started playing in 1988 – that was the Edmonton Oilers affiliate team. Centre 200 was built in1987 for the Canada Winter Games. That was its primary purpose; it replaced an aging facility that was attached at one point, right next door. That site has now been turned into a casino. After the Games, the Centre hosted an AHL franchise for eight years and has hosted a number of national and international sports events, mainly hockey, including the World Junior Hockey Championships, National Women’s Hockey, and World Under 17 Hockey. We’ve also hosted big music concerts and award shows. Celtic Colours –a major international Celtic music festival has been here for about 22 years. We usually host the opening or closing of that event. Seven years ago, Elton John played here, and many famous country music acts have rolled through. We’re a bit of an older demographic, so country seems to go over well.” 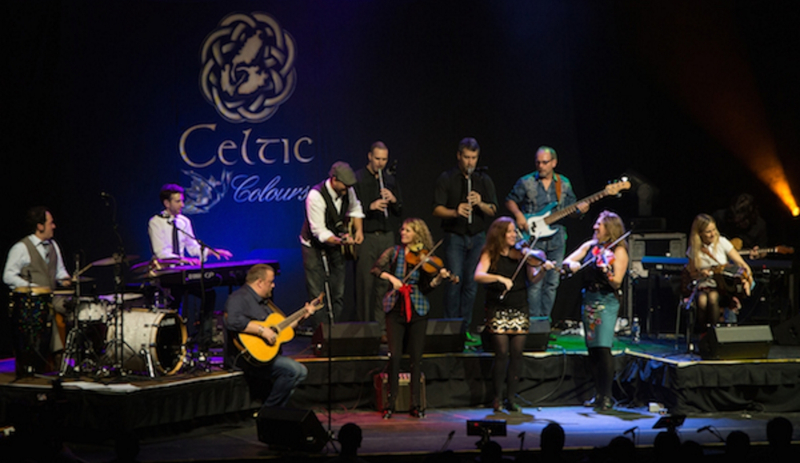 The Cape Breton Regional Municipality owns the Centre. CBRM, as it’s known, is a conglomerate of six communities that were forcibly amalgamated by the Province of Nova Scotia in 1995. One of those communities, the city of Sydney, owned and built the facility, and upon amalgamation, the venue became part of the CBRM. Centre 200, was named for the bi-centennial of the founding of Sydney in 1787, and the building was completed in 1987. Today, the Centre is run by a dedicated staff of 11 full-time and 74 part-time employees, and receives an operating subsidy every year from the CBRM.

MacDonald explains, “We are part of a group through Events Cape Breton that acts as a venue site. In that capacity, we’ve hosted the Canadian Medical Association; the National Chiefs of Police – that was 800 delegates. We have great trade show space, but not a lot of breakout convention space. Though, when there’s been a trade show component tied to a convention, usually it tracks here. We’ve had food shows, and we have the ability to host rodeos, events of that nature. Over the last ten years, we’ve tried to expand from hockey into other areas. This is the largest space to hold events in Sydney, so if you have a major event you have to come here.”

Centre 200 is all about flexibility for accommodating event business and visitors. Notable features include: wheelchair accessibility, expandable seating to 6,500 for concert hall purposes, and meeting rooms with seating capacities of 100 per room. The west concourse area boasts a display and activity area of 3,000 sq. ft. The south concourse has 7,000 sq. ft. to accommodate 650 sitting theatre-style and up to 400 banquet style. The main arena has exhibit space of 17,000 sq. ft. with the possibility of another 3,000 sq. ft. upon removal of telescopic seating. A unique lighting grid and state-of-the-art sound system complements the theatre and ensures uncompromised sound quality for all events. From a catering perspective, the Centre’s fully-equipped modern kitchen can serve up to 1,000 people. And the Box Office can accommodate any ticket sales and the services of other ticket outlets.

Regarding the Centre’s technological amenities, MacDonald reports, “We’re in stages there. We’ve really upgraded our Wi-Fi over the last two years. It’s a continual process, each year you have to review because everything changes so frequently. We have a company come in for that work and we have one of the best Wi-Fi areas in the city. And that’s what everybody is looking for. We recently hosted a major national curling event, the Scotties Tournament of Hearts, which is the Women’s National Curling Championship – 14 teams from across the country. It’s fully televised with a national broadcaster over 10 days and we met their standard. We also introduced an in-seat ordering app during that event, where people can sit in their seat, download an app, and order food and beverages from our concessions. It seemed to work well. We’re upgrading our POS system, as well. The biggest challenge we have is finding the dollars.”

On the “green” front, Centre 200 has changed all its lighting to LED, which was a huge investment but the return in energy savings, especially in electrical costs, has been well worth it. “We did the same thing with our ice plant,” MacDonald notes. “We heated the building for years with oil. And five years ago, we put in a new Simcoe Refrigeration ice plant – when you make ice, there is a tremendous amount of heat generated. We captured all of that energy, similar to a heat pump principle, and used it to provide heat for the building, which virtually eliminated the use of oil. We still have oil as a backup, or a supplement, when needed in the cold months of February when it gets to minus 25 Celsius; the heat pump can’t sustain that. So, we’ve gone from $200,000 per year in oil expenditure to $40,000, using our own heat energy to heat the building. So, that’s been a positive for us.” 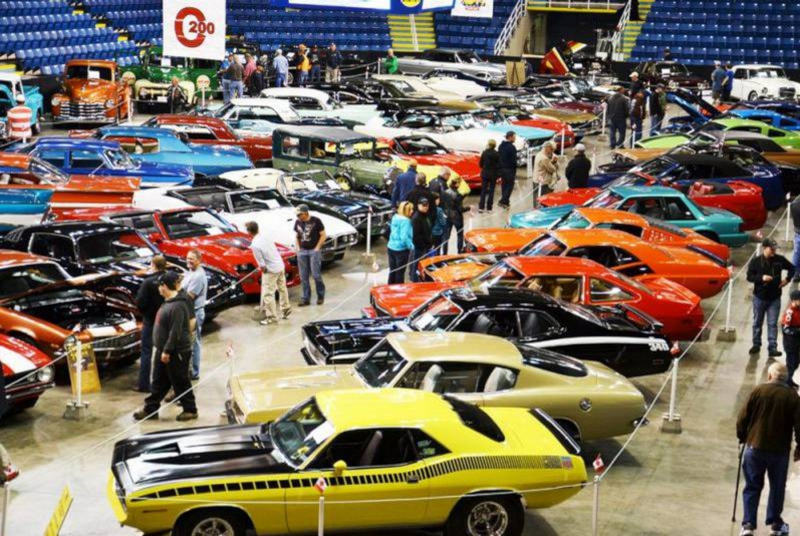 Otherwise, there are more green improvements to be made. The Centre does the usual recycling of bottles and cans, etc., but they want to be more efficient with food waste from the concessions, more than anything else. Long-time Box Office Supervisor, Nadine Matthews, reflects, “Although, the municipality here is number one in Nova Scotia for recycling, it’s implementing it with the public in this building that’s the challenge. The curling crowd was very in tune to that, whereas hockey crowds. . . that’s where the educating comes in on the importance of recycling.”

Long-term business relationships have greatly contributed to Centre 200’s success. MacDonald acknowledges, “We really appreciate our media partners in radio and print; they’ve been with us forever. Our food supplier, Sysco Foods, one of the largest in the world, has been a consistent long-time partner. Cimco Refrigeration is the largest ice plant refrigeration company on the planet; Toromont is their parent company, and they’ve been our main ice supplier and maintenance technical people for as long as I can remember. PepsiCo, our beverage provider, has a local bottler in this area and they’ve been with us since the building opened. In all, we have about 17 companies using our corporate system that are great supporters of Centre 200.”

What’s in a name? Centre 200 has now been granted permission to seek a consultant to value the facility, before going to market to see who’s interested. In the next year, it’s expected the call will go out to prospective companies for naming rights for the building. And Centre 200 certainly has a wealth of unique attributes in its favor. Number one – versatility. “We have a versatile Vari-Theatre system that allows us to change the configuration of our building,” says MacDonald. “They’re basically curtains on a track that we can move along the ceiling of the building, which is very high. We can go from 1,000 seats to 6,000 seats if we have a convention and want to split the floor space of the venue. In our arena, we can actually remove one side of the building – the wall can be taken off to expand the space so it’s open to the outdoors. We did that for a Harley-Davidson convention, where they made it an indoor/outdoor venue. The second important thing about Centre 200 is our experienced staff. The consistency is key. Sometimes, in buildings like this, just by their nature, there’s a lot of staff turnover, but most of our people, like Nadine, have been here quite a while. That’s a little unusual, but at the same time, their experience and knowledge is a great advantage.

“We’re located right downtown, only a five-minute walk from most hotels. We have a casino attached along the side and we’re on the major transportation route of the city. From a loading standpoint, the building was made as a convention space with that in mind, so we have full load-in doors, where we can back tractor trailers right onto the arena floor. And we have loading docks, so you can save time and load from both ends of the building. And time is money.”

Centre 200 offers the finest convention and entertainment space on beautiful Cape Breton Island and looks forward to welcoming one and all to its future events.