Business View Magazine interviews representatives from Centerville, OH, as part of our focus on best practices of American towns and cities.

The City of Centerville, Ohio achieves the difficult, and much sought after, balance of big city amenities with small town charm. Its proximity to the larger municipalities of southwest Ohio provides Centerville residents with services typical of larger metropolitan areas. With Dayton just 10 miles to the north and Cincinnati a quick 45 miles to the southwest on I-75, opportunities abound in the area. Yet Centerville, with a population of 24,000, remains committed to preserving its rich heritage and community through thoughtful city planning and a steadfast vision. 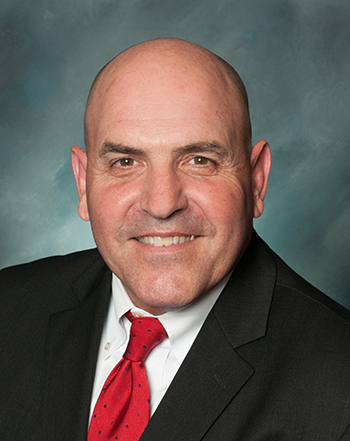 City Manager Wayne Davis is quick to point out that it isn’t “just by happenstance” that Centerville keeps its unique feel. “We are in the middle of our strategic plan for 2018-2023,” he says. “It’s a five-year operational plan and we have six goal areas: economic development, planning, finance, infrastructure and housing, core services, and information technology.” The city’s administration is not only planning, but actively pursuing, those goals.

Centerville Mayor Brooks Compton, who has served as mayor since2015, cites the collaboration between government administrators and the city council for putting city plans into action. “We set a series of goals and objectives over 12-18 months and developed a strategic plan,” he reports. “We built a solid relationship with our business community, solid relationships with our residents from the standpoint of public services, and established some directives as far as fund balances. We wanted to have a direction – not just show up every day and see what happens. After a recent progress assessment, we’re extremely pleased with how the strategic plan is moving along.”

Growth, for Centerville, remains a priority. “We have a number of areas of the community that are being developed for upscale, multi-family housing,” says Mayor Compton. “We needed people to be able to come into the community who want to live in the community, to establish themselves in the community. There was a need for good quality, multi-family housing. We have three pretty significant developments; additional housing units for somewhere between 650 and 750 people, which will be developed over the course of the next several years. At the same time, we’re adding additional single-family residential housing in our community.” The Mayor is hopeful these developments will offer something for everyone, including a younger demographic moving to Centerville. The housing developments will also provide an opportunity for those hoping to live and work within the Greater Dayton Community.

Centerville’s principle employers include the Wright-Patterson Air Force Base, as well as Sinclair Community College (Centerville), the Centerville School District, and Premier Health. Another significant development for the Centerville community was the development of Miami Valley South Hospital. Mayor Compton notes, “Premier Health Systems had a large piece of property which they held for years with the promise they were going to develop it into a health facility, and Premier lived up to their obligation. They developed an absolutely fantastic site.” The state-of-the-art healthcare facility at Miami Valley South Hospital along with other Miami Valley Hospitals has ranked in Healthgrade’s “America’s Top 100 Hospitals” five years in a row and achieved the top two percent nationwide for consistent clinical quality. The facility at Miami Valley South offers a range of health services including Emergency and Level III trauma care, maternity care, an orthopedic center specializing in spine and joint care, as well as a comprehensive cancer center.

Mayor Compton is also quick to emphasize the importance of preserving the historical elements of the community, particularly in the area known as Uptown Centerville. Historical preservation efforts typically have their challenges, and the city is actively addressing some of those issues. “One thing about an area that has a lot of historical significance – it’s difficult to develop or to remodel your building,” says Compton. “It takes a lot of effort, plus you have to get approval for a historically significant building.” In response to these challenges the city developed the Uptown Action Plan. This revamped strategy, developed in 2019, emphasizes several areas of focus: improving walkability and reducing traffic congestion, improve parking, organizing new events, focusing on business development, and increasing greenspace. Establishing Uptown as a vibrant and walkable neighborhood is paramount. Centerville is exploring initiatives that include business development incentives, such as funding programs and forgivable loans, as well as façade improvement programs. This trend of balancing the new and old is a hallmark of Centerville’s community identity. 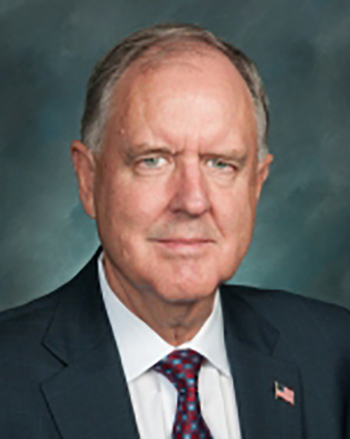 One of the city’s more modern developments includes the installation of a fiberoptic network serving the IT needs of the larger community. The Miami Valley Communications Council (MVCC) has coordinated with the neighboring communities to put in the fiberoptic network – a ring of nineteen miles, providing high-speed access to all the communities. “We feel it’s a real plus for the entire community,” says Davis. “We recognize that when Kettering does well (Centerville’s neighbor to the north), then Centerville does well. It’s been a great opportunity to coordinate a great development tool for this area.” And there are plans to expand the network. Centerville and MVCC are working with the city of Trotwood, which is about seven miles further, and ideally, that fiberoptic ring will eventually extend all the way up to the city of Dayton Airport. The Mayor adds, “We are also working with other partners in the area, with Montgomery County and with Miami Township to the west of Centerville. I think the big win is not just in the technology but in demonstrating partnership among a number of political jurisdictions. I think, ultimately, it’s a win for our community as a whole.” The cost of the fiberoptic installation has been supplemented by reserving a conduit for private sector use.

Along with its technological amenities, Centerville serves the community’s need for an active and healthy lifestyle. The city-owned Yankee Trace Golf Course offers 27 holes of championship-level golf. This year, Yankee Trace set a record with more than 64,000 rounds played and counting. The Golf Club and Clubhouse doubles as a venue for weddings and other events. Nearby, Stubbs Park features idyllic greenspace along with state-of-the-art playground equipment, disc golf, and a bandshell where concerts are regularly held throughout the summer. Kate Bostdorff, Centerville’s Communications Director reports, “We do a summer concert series at Stubbs Park every Sunday. It’s free for the community.” And in 2019, Centerville announced that the Ohio Public Works Commission approved $1 million in grant funding for the development of a new community park. Across town, the Cornerstone Park development will offer 11 acres of passive park land along with active park facilities.

Along with multiple parks and greenspaces, Centerville also promotes several sustainability efforts, including its robust recycling programs. “We have put a lot into promoting smart recycling,” says Bostdorff. “As of last month, we are fully automated in recycling.” Mayor Compton adds, “Through the Ohio EPA, the city of Centerville received a grant for our recycling. We were one of the best in the area as far as mitigating contamination of our recyclables. We were very pleased that we were awarded that grant. Our contamination went down from 19 percent to 11 percent. And that’s very significant.” Each year, Centerville also participates in a fun, community-oriented sustainability initiative through its city-wide garage sale. “That’s very popular,” says Bostdorff. “And the week after the garage sale, we offer a no-cost service called Clean Sweep where we do a bulk waste pick up for everyone in the city.”

It is initiatives like that that create the sense of small-town community pride, which is particularly unique in a city of Centerville’s size. Bostdorff notes, “People who live in this area talk about their pride in living here. And that is truly unparalleled.” For Mayor Compton, it really comes down to the spirit and vision of the city. “Progress and Stability are absolutely the trademarks of Centerville,” he says. “We continue to move forward in the areas associated with our strategic plan: our development, welcoming new people to the community, and providing the stability of the businesses in our community. We’re respecting infrastructure improvements that we’ve committed to over the years, and providing that neighborhood feeling for our community, and safe streets for our residents. I think a lot about our mission, our vision, and our values, and I keep coming back to Progress and Stability for the city of Centerville. That’s how the city achieves that delicate balance.”

WHERE: Southwest Ohio, south of Dayton

Sinclair Centerville is proud to be a part of the Centerville, Ohio community and we are grateful to city leaders for their support of college education. Sinclair, a public community college with locations throughout the Dayton region, offers accessible, affordable, flexible education to meet the needs of students and businesses.