The National Veteran Owned Business Association (NaVOBA) is an independent 501(c)(3) nonprofit organization governed and led by corporate America. NaVOBA’s mission is to create corporate contracting opportunities for America’s Veteran’s and Service-Disabled Veteran’s Business Enterprises (VBEs/SDVBEs) through certification, advocacy, outreach, recognition, and education. In order to be considered as a VBE or SDVBE, a business must be, at least, 51 percent-owned, operated, and controlled by U.S. military veterans. 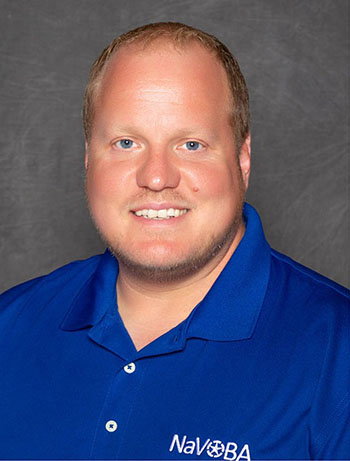 “It started in 2003,” recounts Matthew Pavelek, President of NaVOBA. “There was a publishing company called Victory Media that had a suite of different magazines. One was GI Jobs Magazine, which was for military vets to get post-military careers and find employment. They also had Military Spouse Magazine, which was for the military families, and they launched Veterans Business Journal, which was originally geared to try and help veterans who were trying to compete in the federal marketplace, because of Public Law 106-50, which requires that three percent of all federal contract dollars must go to service-disabled veterans.”

“The initiation of the magazine was to try to make sure that veterans were getting equal seats at the table, and to hold government agencies accountable for the mandate to spend with veteran-owned companies,” Pavelek continues. “And then, the founders saw that there was a much greater opportunity outside of that federal marketplace. There was a whole bunch of organizations that were trying to achieve the same goals – that veterans would be treated equally and fairly, relative to other diverse business communities within the federal marketplace. So, they decided to target the private sector.

“In 2007, they launched NaVOBA as an advocacy organization and as a spin-off of Veterans Business Journal. At that time, they re-branded the magazine and called it Vetrepreneur, with the idea to make sure that veterans were included in corporate contracting programs. At that time, there were only 97 companies on the Fortune 500 that had anything mentioning veterans in their supplier diversity statements. The advocacy over the years has been tremendous; I think the recent figure is somewhere around 489. So, it’s safe to say that almost all Fortune 500 companies that have any efforts in supply diversity are now making sure they’re including veterans in that effort.

“Now, while they were successful in getting some corporate investment and buy-in, the corporations were pretty insistent that they didn’t necessarily want to support a media publication/advocacy organization. They wanted to have a non-profit group that would certify the ownership, operation, and control of veteran-owned businesses.

“A colleague of mine who worked for Vetrepreneur Magazine – I was the Executive Editor from 2009 until 2017, and she was the Director of Corporate Relationships and Business Development for the magazine – incorporated NaVOBA as a non-profit organization in Pennsylvania in 2015, and we started to develop those standards. A direct analogue to what NaVOBA was doing is the Women’s Business Enterprise National Council (WBENC). It certifies women’s business enterprises for large corporate entities that want to be able to effectively, accurately, and confidently measure how much they’re actually spending with women’s business enterprises. That’s why they support an organization like WBENC. And, in any way we could, we tried to replicate, through NaVOBA, what the women’s business community had been able to achieve for women’s businesses with the WBENC organization. So, that was the model that the corporate entities wanted to make sure that they could include veterans.

“We recruited a Board of Directors and right now, two thirds of the Board are corporations – American Airlines, JP Morgan Chase, Shell Oil, Lowes Retail, etc. We were able to get the certification program developed, we fully digitized the application process, and we finally got the IRS approval on Nov. 1, 2017. At that point, NaVOBA was officially relaunched as a national non-profit organization, although the non-profit status was retroactive to when we applied, in May 2016.

“Since that time, we’ve been working with our corporate allies to make sure that veterans are getting an equal seat at the table in terms of corporate contracting, and the most critical function is certifying the ownership, operation, and control of these companies to make sure that the veterans who say they own the company, not only own it, but make all the decisions within the company, as well. It’s not dissimilar from any other private sector certification – the same thing is true for women and minorities, and the standards are pretty uniform across the board. The most important thing for us is that they are veterans who served honorably and meet all the stipulations that make them eligible before we issue them a certificate that says that they are, in fact, certified. 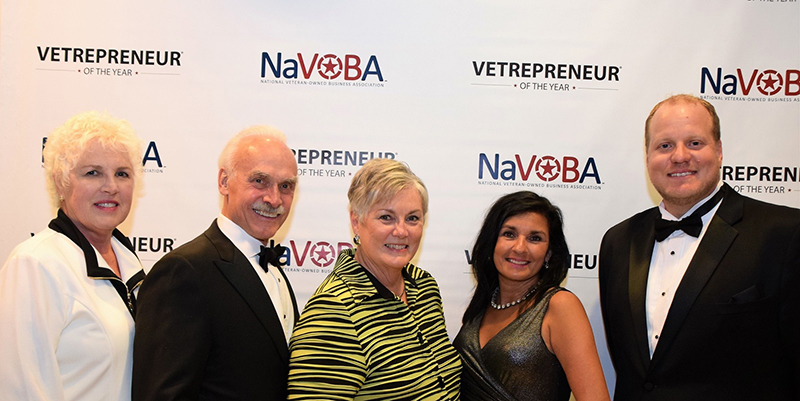 “We make the argument that any organization, whether it’s the federal government, state agency, or corporate America, that is going to purchase anything from any group for any reason, veterans have earned the right to be equally included for their service. And it’s an argument that’s been very well-received. Our nation is grateful for the service of women and men who volunteer to serve and that has translated to other organizations to make sure that they become successful as entrepreneurs, as well.

“Right now, there are about 95 Fortune 500 corporations that pay an annual fee to belong to NaVOBA. The primary thing they do is help us with the operations to make sure that we can provide, not only the certification services, but development services and other types of advocacy and educational programs. For instance, every other Monday, we have a program we call ‘Marching Forward Mondays.’ Five of our certified veteran business enterprises each get to give a ten-minute pitch to our corporations and there’s never any fewer than three dozen corporations on the line at any given time.

“This is something that we’ve done in response to the COVID pandemic. We’ve always done networking events and we’ve always travelled to these diverse business conferences. But, since everything has gone virtual, we wanted to do something. We did a survey of our veteran’s businesses and we asked them, ‘What’s the most important thing we can be doing for you during this time?’ They weren’t asking for handouts; they didn’t want lending programs; they didn’t want training on how to develop a virtual workforce. All they really wanted was the opportunity to connect with customers so they could continue to provide value and do business with these corporations that say they want to do business with them. So, this program is an excellent way for us to put these certified firms in front of numerous prospective customers every other Monday. We’ve been doing it since the beginning of June, and it’s going to keep going on indefinitely.

“We also have another program – a corporate engagement hour, which is kind of the same thing in reverse. We have five of our corporations where they say, ‘If you’d like to business with us, here are some upcoming opportunities available; here’s how you can learn more about potentially becoming a supplier in our network.’”

“It’s estimated that there are three million veteran-owned businesses in the country,” Pavelek adds. “The latest SBA figures are about 2.4 million, but it’s really hard to track, because not every veteran-owned business identifies as such. But no matter who your customers are, there’s an advantage to being a veteran, because 95 percent of Americans on our survey identified that they like vets and they want to support veteran-owned companies. Two thirds of respondents said they would be more inclined to purchase from a business that identified as veteran-owned. So, no matter who your customers are, letting them know that you’re a veteran is a good thing.”

Pavelek reports that NaVOBA’s staff numbers six full-time people: “Our Certification Director is focused, primarily, on making sure that our veteran businesses are able to get successfully certified and are using that certification to their advantage. Our marketing team is making sure that we reach out to the business community and that veterans are aware about getting certified. We have program managers that run the ‘Marching Toward Mondays’ program, making sure that veterans are aware of the program, signing them up to participate, and coaching them to make sure they know how to most effectively deliver their value proposition before they get the opportunity to be in front of these prospective customers. Our VP of Development is primarily responsible for making sure that our corporations understand that we’re out there, and what value there is in supporting an organization like ours. And my responsibility is making sure that we serve as that conduit, advocating that any corporation that does anything for any group, includes vets, making sure that they understand that certifying those businesses is important, and making sure that we have the financial means to continue to provide all these services. Ninety-plus percent of our revenues are coming from corporations that pledge to include veterans. And if they say they want to buy from vets, we want to make sure that we are that pipeline that connects veterans and corporations.

“With the current pandemic situation, so many small to mid-size businesses are really struggling. So, the most important thing we can do is try to continue to help these veteran-owned businesses keep their business afloat. There are numerous corporate loan and grant programs that we’ve helped facilitate for some relief funding for veterans. We’ve done some dedicated training and provided resources on PPP loans and emergency disaster loans. But the most important thing we can do is help these veteran business win contracts from the organizations that want to buy from them so they can continue to keep their employees employed and keep their operations running despite the fact of the pandemic.

“We also want to continue to educate the veteran community that there’s this opportunity out there. If a veteran identifies as a veteran-owned business, it’s almost a guarantee that they’re trying to compete for federal government contracts. That marketplace is lucrative, especially with the three percent requirement -even three percent of what the federal government spends is never less than $15 billion, annually. But it’s very difficult to get in a position to sell to the federal government; it’s not a small customer, it doesn’t do micro-purchases. Also, the federal marketplace pales in comparison to the private sector marketplace, so there’s way more opportunity to sell to corporate America. They’re not mandated to do it, but they understand that their supply chain should be inclusive of their customers and when they have good-quality veteran businesses as part of their supply effort, it helps impact their shareholder value. So, they’re very serious about wanting to buy from veterans and they want to make sure that vets are who they say they are, which is something that’s critical. And that’s why we exist.”