Business View Magazine interviews Jay Multanen, COO of Bestbath, as part of our focus on best practices of American manufacturers.

Bestbath of Caldwell, Idaho, an internationally-leading design and manufacturing firm, began life in 1969 as Component Structures, Inc., a manufacturer of commodity-based bath and shower units for manufactured housing developments. The company was purchased in the early ‘80s by one of its plant managers, Gary Multanen, who revolutionized the entire industry in 1993 when he and his engineering staff developed the first multi-piece, tub replacement, barrier-free shower unit, turning a traditional commodity product into a specialized architectural creation that could be installed quickly by both contractors and homeowners. 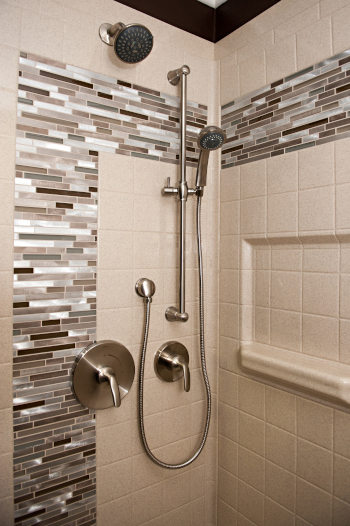 Today, Bestbath is celebrating its 50th anniversary as the first company that pioneered universal design in bathing. The family-owned firm has more than 200 employees and is run by Multanen’s two children, CEO and Co-owner Megan, and her brother, and Co-owner, Jay, who attributes the company’s lasting success to its founding ethos: improving lives and empowering people.

One way in which Bestbath empowers people is by taking care of its employees in a way that Jay maintains is “far and away different from what is normal by today’s standards. We have a profit share program that pays our entry level employees, first, and then the leads, and then the supervisors, and then the managers,” he explains. “And then, all of those people have to get paid their profit share bonus before our executive team gets paid their profit share bonus. And that’s just part of our philosophy of improving lives and empowering people and it’s starkly different than what you’ll find out there.”

Another characteristic of Bestbath’s operational ethos is constant innovation of its product line of tubs, showers, and surrounds. Indeed, in 2016, the company’s creative and contemporary improvements to design garnered it the Product Innovation Award from Architectural Products Magazine for its Designer Series 90-degree Corner Showers that give a ceramic tile appearance with lower installation costs and worry-free maintenance. Other recent Bestbath innovative firsts include:

Jay reports that, most recently, the company has reached beyond tubs and showers and has utilized its knowledge of composite products to enter the area of exterior cladding, which functions as the protective “skin” of a building, protecting its interior and structural parts from different outside elements. “Composites have been around for a very long time,” he notes. “As an example, a commonly-known composite is concrete – cement and gravel. And then there are more advanced composites like the tires we drive on – rubber and steel. The oldest composite is adobe bricks – mud and straw. What we have are polyester resins coming together with glass fiber reinforcement that we use to make composite showers. The Corvette auto body was made out of fiberglass – it’s a very similar technology. Carbon-fiber airplanes are the exact same.”

Up until recently, the problem with composite-based exterior cladding has been its potential fire hazard. According to Jay, it’s the reason that, heretofore, elaborate architectural structures made of composite materials, such as those seen at Disneyland or along the strip in Las Vegas, are never more than four stories tall – international fire codes restrict their height because if they ever do catch fire, the smoke that the materials emit would be toxic. So, although composites have no design limits, they have had limits on their application. But that has now changed. 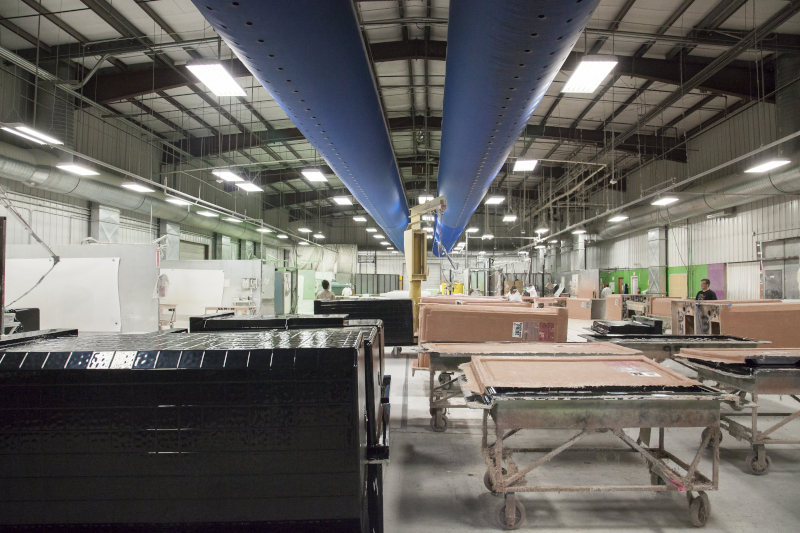 “Through industry progress, we’ve figured out how to address the fire retardancy issue,” says Jay, “and we’ve partnered with Bill Kreysler, the designer of the cladding system for San Francisco Museum of Modern Art to develop a cladding solutions for four commercial buildings around the country. “

Meanwhile, bath and shower products continue to be the company’s “bread and butter,” and Jay and Megan expect to continue their father’s work, while increasing Bestbath’s economic potency. “We have a goal of $50 million in five years,” Megan reveals. “That’s tangible, easily accessible, and we’re on track to be able to do that. We’re continuing to focus on the home renovation market out there, which is a $314 billion industry. And bathrooms are about eight percent of that.”

When it comes to the future of the brand, she adds, “We’d like to be the shower of choice for people renovating their homes. So we’re focused on finding the appropriate partners to do that. Whether it’s an individual business owner who does seven to eight houses a year, or larger companies that cover multiple states, we’d like to be their product of choice.”

WHAT: A manufacturer of barrier-free, zero-entry shower units

Our passion is transforming companies. We work collaboratively with clients, like Bestbath, to help them grow their business. Through our unique consultative approach, we guide business transformations through thoughtful decisions, trusted relationships, and a focus on client success—all with an emphasis on delivering elegant software solutions. We are honored to be a part of this client journey and look forward to many more years of success!