Winder, Georgia is a small town on the precipice of big change. For years it was an isolated small town in a small county, but as the surrounding cities of Atlanta and Athens have grown and expanded, Winder has become a presence of its own.

David Maynard, Mayor of Winder, recalls, “I grew up three blocks from where I’m standing. I’m 62 now and when I was growing up here, the majority of folks had grown up in Winder. Their families had been here forever and they still lived here. But now, Atlanta is almost grown out to us and into the next county, and the other side of us is Athens and the University of Georgia. We are kind of getting squeezed.”

Today, the City of Winder is officially part of the Atlanta Metropolitan area and has seen astronomical growth. Between 2010 and 2020, the population jumped from 14,000 to 18,000 residents. “From census to census I think we grew 30 percent,” Maynard says. “It’s challenging. It’s a good thing, but it’s challenging to keep up with your utilities and things like that.”

With all of its growth, Winder itself has had to grow and change in several ways to meet that demand, including annexing islands of unincorporated land into the city’s borders. They have also made plans for major infrastructure upgrades within the city. One of Winder’s biggest projects is in partnership with the nearby city of Auburn. The two cities have come together to find a solution to their mutual water storage shortage. 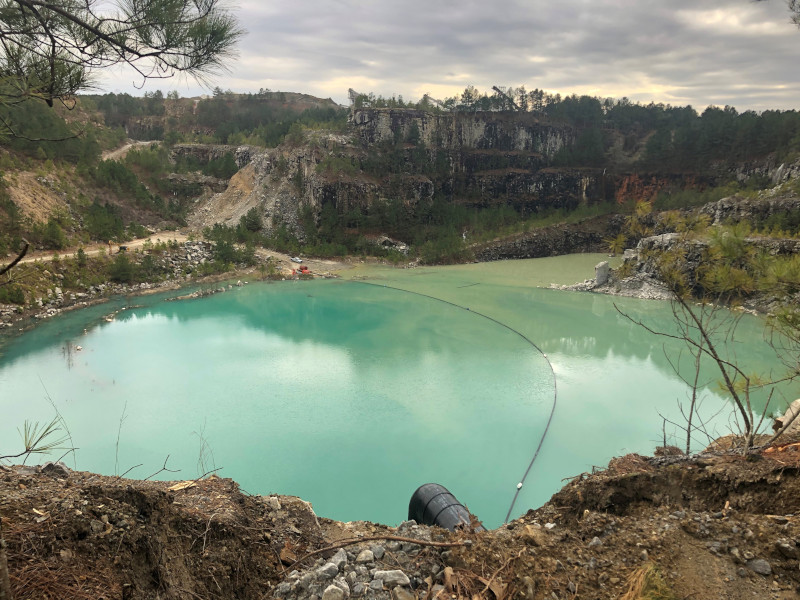 “The City of Winder and the City of Auburn have teamed up and formed a partnership with a goal of developing a creative multi-jurisdictional, regional solution to the shortage of raw water storage in northeast Georgia,” explains Roger Wilhelm, Winder’s Utilities Director. “The project scope entails taking a very compact 78-acre site and converting an expanded rock quarry into a 1.1 billion gallon raw water storage pond with three water intakes and over 13 miles of large diameter pipeline.” The project’s water withdrawal permits have been issued by Georgia Environmental Protection Division and the physical work started within the quarry during the month of December 2020. The current permitted yield of the quarry project will be 4.59 million gallons per day (annual average) and should be fully operational in 2024.

Wilhelm adds, “Winder is committed to efficiently managing our water resources to ensure safe, clean and reliable drinking water, while protecting streamflow and watersheds to ensure long term sustainability in our ecosystems, economy and quality of life. We also have many other capital projects in the works, as we are upgrading infrastructure to accommodate the strong growth that we are experiencing, and the many transportation projects happening in our area.”

One of those other projects is a stormwater master plan for the city’s downtown. The plan included acquiring land to start a $2 million stormwater project in the residential part of downtown, as well as a separate $5 million project that is still to come. “We have hopefully set our stormwater fees at rates that we can start doing some of these big projects,” says Maynard. “There are probably three more projects that have just been pent up and need to be done. Then, moving forward, maybe we won’t have any more great projects like that.”

Future proofing infrastructure is a priority for Winder. They are currently working to replace metal piping used in underground projects that has been eroding quickly. Previously, the city had used, and allowed developers to use, metal pipe for projects. Due to the pH in the water, the pipes are eroding quickly, needing to be replaced more frequently. “Since I’ve been Mayor we have changed that and we will not allow a metal pipe. You have to use concrete,” Maynard states. “Some of those metal pipes only lasted about 30 years. If that’s going into your private business parking lot, that’s one thing because 30 years might be the life of your business, but for our city streets we have to have it last for 100 years.” 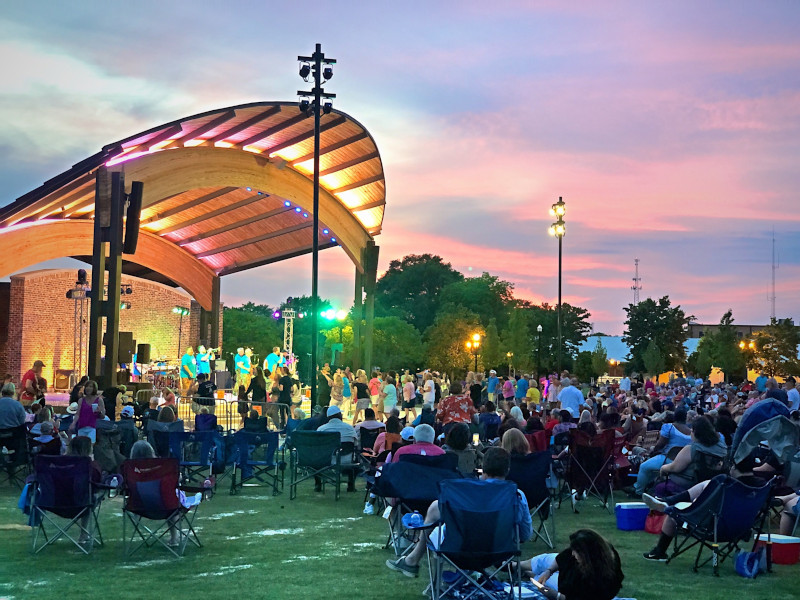 The city is also working on a downtown master plan, which will aim to address growth, revitalization, and sustainable development in Winder’s core. They are using input from the community to identify areas that could use improvement. Work has already started, including updates to the city’s streetscapes and sidewalks. “We have done a lot to make downtown better,” Maynard says. “Downtown looks good, it looks better than it’s ever looked in my life. When I was growing up in the ‘60s, all the old storefronts were covered up in a shiny plastic kind of material to look modern and at some point in time people started taking that off and exposed what was left. So, it really does look a lot better than it did then.”

Developers have also started to come in and revitalize old buildings to make them fresh again. A brewery has purchased an old textile manufacturing plant that they will turn into both a brewing location and company headquarters. VanKirk Electric has renovated around 10 buildings in Winder’s downtown and DLD Construction purchased a former department store, which got a full upgrade.

Maynard notes, “The building had gotten into disrepair. The roof was falling in, it was rotten and becoming a hazard. “We were fearful we’d have to end up going in there to demolish it. The community wouldn’t have been happy about us doing that, but it would have been way cheaper than for us to repurpose it. So we sold it to Danial Diaz (DLD Construction) for $1 and he fully renovated it and opened it up.” The new building includes an upscale pool hall, rooftop bar, events and office space, as well as a main floor restaurant. “It’s really cool,” Maynard adds. “It’s the tallest building in town, so it’s really neat.”

The revitalization of the city’s downtown has come with a boost in employment. Once the brewery opens, it will employ about 75 people and the other contractors are also providing jobs. These new jobs are a boon to the city, whose residents typically commute out to work in nearby cities, or to surrounding industrial jobs in the county. The majority of Winder’s employment typically comes from smaller businesses, with staff numbers anywhere from 50 to 100 people. The city’s biggest employer is Akins Ford, which sells Ford, Chrysler, Plymouth and GM vehicles and is currently the number one Ford dealer for volume in the state of Georgia. The dealership sits on several acres of property in the city and employs 300 people. Its owner, Brad Akins, was born and raised in Winder and has been a dedicated force in helping to make it a better place. “He’s been a great benefactor to all kinds of schools, sports, the YMCA. He’s literally pumped millions into the city,” Maynard says.

Winder is serious about investing in its recreational offerings, recently using a $1.3 million grant to build a paved trail from the city into the local Fort Yargo State Park. The city is also in the final stages of a regional commission to create a master plan for making the city more walkable and bikeable. Maynard admits, “This area in the south, for whatever reason, didn’t have sidewalks mandated until the late ‘90s around new development, so we are kind of lagging in that way. But we have identified a lot of opportunities to connect subdivisions to schools and other parks.”

They are also working to create more recreational space, including a new park on the site of a former sewer plant. The 300-acre tract of land already has built-in trails, including two and three-mile loops. Expanding the city’s trail system is a top priority for Maynard, as he looks to the city’s future. He shares, “Some of this is historic land. It’s wooded and it’s very pretty. It’s kind of a personal thing – I like trails. I get out and run and walk the trails a lot but I’m not sure whoever follows me, as Mayor, will be inclined to do that. I think it’s something easy that maybe gets left by the wayside, so I want to make sure we work on these type of things now.”

Where: Part of the Metropolitan Atlanta area

Vankirk Electric, Inc. is an Multi-Family Housing Electrical Subcontractor located in Winder, Georgia. Since 1943, the Vankirk family has been committed to excellence in electrical contracting. Starting with Earl Wesley Vankirk, followed by his son Loren, to present day with L. Wes Vankirk. Vankirk insights have led to many opportunities in the way of equity partnerships on projects and in new development both locally and abroad.