Reaching for the Future

Westminster, California is a city in northern Orange County, California, known for its many Vietnamese refugees who immigrated to the city during the 1980s and who, today, make up approximately 40 percent of its population. Originally founded in 1870, by Rev. Lemuel Webber as a Presbyterian temperance colony, Westminster was incorporated in 1957. The city is bordered by the city of Seal Beach on the west, by Garden Grove on the north and east, and by Huntington Beach and Fountain Valley on the south. Santa Ana, the county seat of Orange County, is right next to Westminster, on the east.

With a population of approximately 96,000, Westminster, California prides itself on having a special quality of place that sets it apart from its neighboring cities. It has distinct local and regional activity centers, districts, and cultural destinations, including a downtown cultural/business district called “Little Saigon.” Its desirable climate, location near the beach, and adjacency to major freeways provides people who live, work, and visit there, convenient access to popular destinations throughout the region. Its residential neighborhoods are some of the most popular places to live in Southern California, and a variety of housing choices, including those for first-time home buyers, families with children, empty-nesters, and retirees, are all available. Westminster residents are well-served by ample parks facilities and recreation opportunities, which are located throughout the community and contribute to the city’s high quality of life. The city has a thriving economy with a range of high-quality dining, hospitality, shopping, entertainment, and employment choices. Businesses in Westminster are prosperous, fill a niche in the regional economy, and contribute the revenue necessary to support its community services.

Westminster, California is also a city on the move. Assistant City Manager and Community Development Director, Chet Simmons, reports that the city council just finished an update to its general plan for the first time in 20 years. “It’s really kind of a new blueprint for where we’re trying to go as a city,” he explains. “It allows for a whole host of new development opportunities that changes the overall direction that we’re headed in, in terms of the type of development that we’re looking for, the partners that we’re looking for, and what we’re trying to accomplish. It’s allowed us to look at the things that we have on the ground and say, ‘Is there something that we can do here that’s better?’ And it’s allowed our property owners to unlock some value in properties that they haven’t been able to fully develop in the past.” 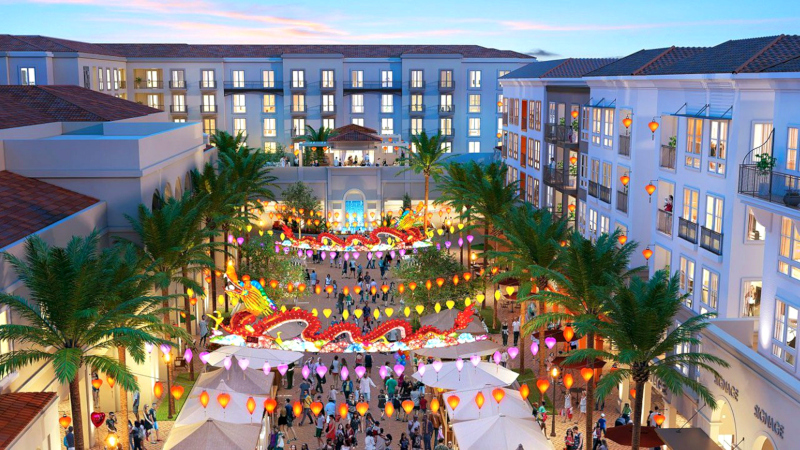 One new project that has recently been approved is the Bolsa Row development in the city’s cultural/business district. It’s a 150-room boutique hotel, with 40,000 square feet of commercial space, an oversized banquet facility, and 200 apartment units attached. “It’s something that the development community was clamoring for and council saw it as an opportunity and got everything going,” says Simmons.

Another project aims at redeveloping the Westminster Mall into a regional lifestyle/entertainment center. The Mall houses approximately 1.3 million square feet of retail with direct access to Interstate 405, and its sales tax revenue is an important contributor to the city’s budget. “We’re working hand-in-hand with the property owners to develop a specific plan for it,” Simmons notes. “That’s nearly 100 acres right in the center of Orange County that’s going to get redeveloped in the next year or so. Also, we’re taking a look at our own property; we have a 14-acre, civic center campus that we’re looking to redevelop. So, it’s an exciting time for us.”

According to Simmons, both the civic center campus and the mall redevelopments are aimed at creating what he calls a “third space.” “You live at home, and then you have your office or your work that you go to. Where’s that third space that you go to, the place where you want to walk around or have a bite to eat?” he muses. “Where’s that one place where you and your family go to meet friends? We’re really trying to develop those kinds of spaces where it’s not just one restaurant or store. You walk around for the entire day because there’s the bakery that you like, that’s next to the retail store where you can buy a set of sunglasses, next to the place where you’re going to have lunch, next to the little concert venue where you’re going to hang out with your friends. That’s what we’re trying to create here.” 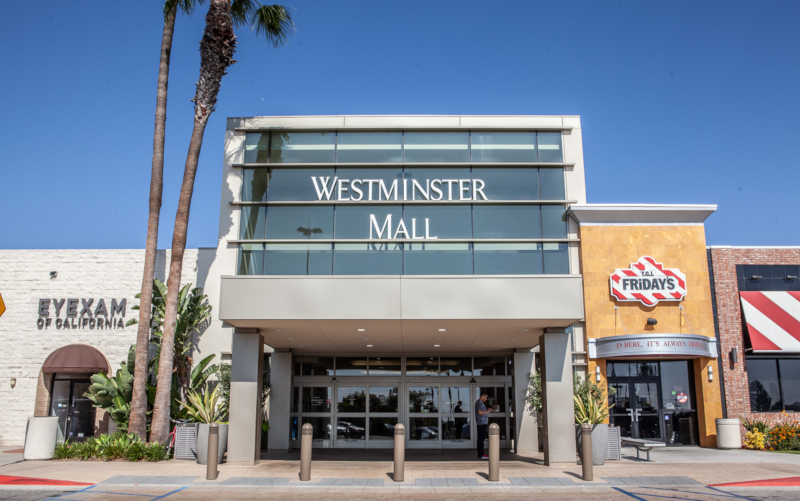 In order to create those third spaces, Simmons says the city administration is reaching out to the community to find out what they want built. “And then, we’re going to out to our partners in the development industry and seeing where they’ve done this before, where it’s been successful, and looking at what the opportunities are. We’ve been successful in the past, partnering with a number of private developers in order to build things of note. That’s a trend that we want to continue. So, everything’s on the table. If the owners can bring us product that we want to see in our town, we’re willing to partner with just about anyone to see those things come to fruition.”

Meanwhile, Simmons adds that the city is going ahead, on its own, with a number of transportation-oriented infrastructure projects. “The watchword of the day is active transportation,” he states. “So, we’ve got a lot of biking facilities, trails, and street construction that we’re working on at the moment. Transportation is the important ‘go-to,’ especially when you’re talking about how you’re going to move people to these new projects that we’re building. And we’re doing a lot of it through grants – funding from the state and local governments. We’ve been able to leverage the dollars that we do have, locally, and we’ve been able to pair those with these grant funds in order to get some of these projects done.”

Simmons is quick to add that as these projects develop, they will be done as “green” as possible. He says, “We are focused on making sure that we’re sustainable; making sure that when we develop something, we have an eye toward how it’s going to work with the environment around it. We’ve always had a commitment to being LEED-certified, and now, with California’s building codes being the way that they are, I think that we’re going to be able to continue that trend.”

Simmons adds that the type of planning that Westminster, California is currently doing, and expects to do more of, is not something that it has traditionally done in the past. “Westminster is a city that came about organically,” he explains. “There was no discernible plan as to how it was going to develop. Now, having watched that happen for the better part of 50 years or so, the council has embraced the idea that by putting best practices into place, by having a plan as to how we’re going to get from Point A to Point B, they’ve seized on what it takes to attract the business community and the development community to town.

“So, they’ve put in place a pretty robust plan with regards to new development standards that has really fostered a great collaborative working space for developers and property owners. And we’re seeing the coming to fruition of that through the different commercial developments that have come to town. Seeing all of that in the last six months has shown that the plan is working and we’re excited about what we’re going to see happen here in the near future – especially with such large-scale projects as the mall redevelopment, the hotel, and a convention center type area down in our cultural/business district – all while maintaining our bedroom community charm. We’re now the hot spot for new, innovative development ideas that are percolating in Orange County. We’re reaching for the future and it’s an exciting time for the city.”

General Pump Company Inc. is the leading water well redevelopment contractor in Southern California.  25 years ago, the city of Westminster developed a strategic partnership with GPC to maintain their water well and pump systems.  At the time, less than 20% of municipalities in Southern California utilized maintenance contracts for this type of work.  Since then, Westminster’s maintenance program has become the new standard and more than 80% of cities utilize similar contracts due to substantial cost savings and improved equipment reliability.

Benefits for the Company and Employees Alike,...