An outdoor lifestyle and city on the rise

Kapuskasing is a small town situated in the pristine wilderness of Ontario on the majestic river from which it gets its name. The town is located on the Trans Canada Highway and is midway between Thunder Bay and Ottawa.

This central location means it is self-sufficient, and residents can easily access rail and air transportation options. At the last census, the population was 8,057 people.

Kapuskasing offers easy access to a beautiful lifestyle where visitors and locals can access a plethora of activities, including fishing, hunting, and skiing.

“During COVID, we saw loads of people move from Southern Ontario, as employment stability wasn’t guaranteed. So, many took advantage and moved to our town to improve their lifestyle and enjoy their lives. Also, remote work has become a great option,” says Paul Nadeau, General Manager, Energy and Economic Development at the Town of Kapuskasing.

With the infrastructure in place, Kapuskasing has become not just a place to escape the hustle and bustle of the city but an economic hotspot.

One of the local companies, GreenFirst Forest Products, produces paper from sawmill chips and residuals. The forests their timber is sourced from are managed and are FSC certified. Green First Forest Products ensures the entire tree is used – including the bark.

“For our business, the location is perfect. We’re close to the forest and resources. Also, with rail access, we’re able to ship our paper easily,” says Pascual Champoux, Manager of Green First Forest Products.

The paper is distributed mainly to the USA and some countries in Europe. Currently, the plant employs locals and upskills them to utilize the machinery. The latest machine training program created 45 new full-time jobs.

Companies like GreenFirst Forest Products, working collaboratively with the local government, have significantly impacted the local economy. In the past, creating work that needed skilled labor was difficult.

“GreenFirst Forest Products has been great for the community; with only 8,300 people in town, adding 45 jobs is a huge deal. And we’re so glad that, working with the company and community partners, we were able to provide these opportunities,” says Nadeau.

Adding this many jobs to a community has many spin-off opportunities in the area. More commercial markets, machine shops, and entrepreneurial possibilities mean more capital available for the locals.

With a company the size of GreenFirst Forest Products, it’s more than just the community of Kapuskasing benefiting, as surrounding areas also contribute to and benefit from the company.

“The company uses the residual created from logging mills. And to the east and west of Kapuskasing are two more communities with sawmills. Which means the towns of Cochrane and Hearst send their residuals and chips to the company in our town,” says Dave Plourde
the Mayor of Kapuskasing. 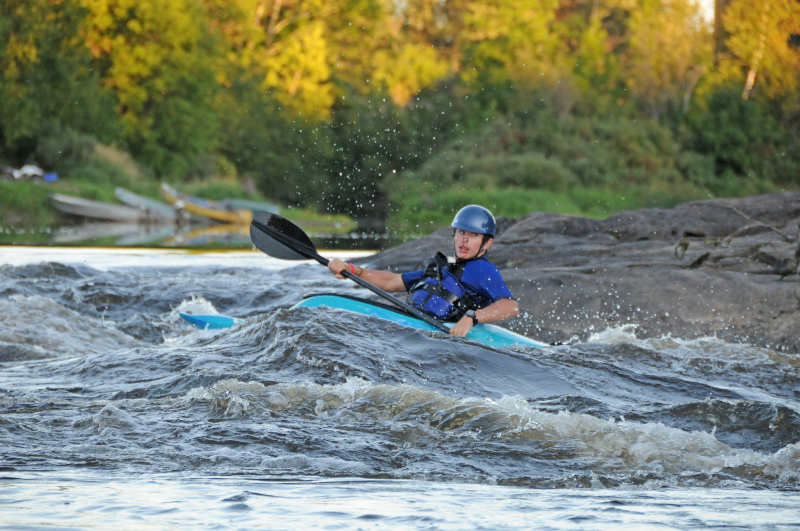 Kapuskasing and surrounding towns understand that their forests are their farmlands. You need to look after the land to reap the rewards. For every tree that is cut down, the lumber companies need to plant an additional three trees. This process has been ongoing for a hundred years. Without replacing trees, the paper and logging industry would not be sustainable.

Sustaining these forests is not just crucial for the industry but for recreation and so much more. Kapuskasing locals love the trees, most of which are Black Spruce, and know the importance of looking after the forest.

And with the migration north to Kapuskasing, demand for housing has spiked along with real estate pricing.

“We used to have roughly 30 to 35 houses on the market at a time. In the last year and a half, the average has dropped to 10 to 15, which means we’re now able to invest in new construction projects,” says Nadeau.

The town is undergoing a boom in development, with new houses being built, new renovations conducted on homes, an old age home in the works, developments by the local golf course, and fourplex developments.

With the addition of the old age home, the local government hopes to create a comfortable, safe space for the elderly, so young professionals can move into the vacant homes. But this being said, the community had sufficient space for the influx of new residents.

“The community was built for a population of 14,000 people. And when the mills were at their peak, production times were good. But with the decline in paper sales, employment also declined. But now, with paper machine startups, we’re seeing those numbers climb again,” says Plourde.

Another project on the town’s radar is the addition of an Extendicare long-term care facility, which is being supported by the government through private-public partnerships. The facility will have 120 beds, and the local government is happy to see it being constructed after lobbying hard for it.

The town has something to offer all, young and old, and that also means many recreational facilities. With the boom in development, the town is expanding its offer.

Kapuskasing offers a two-pad ice rink, which can host hockey games and figure skating, and recently they’ve just completed the addition of a curling facility. Also, there’s a ski hill and a swimming pool. The facilities have borne fruit in the form of a local inhabitant performing at an Olympic level in athletics.

“We’re producing athletes out of our local facilities, which most wouldn’t think possible for a northern community. This shows everyone there is absolutely nothing that we don’t offer here.’”, says Plourde.

There is truly an endless amount of outdoor activities available for the Kapuskasing community, which include: cypress trails, skiing trails, walking trails, ATV trails, and an abundance of lakes and rivers.

Champoux recently relocated to the town with his family from Quebec, and they’ve taken to the town like ducks to water. “My family loves the outdoors, and before we moved here, we looked at the schools. We were so happy when they offered French and English schooling options,” says Champoux.

As for developments in the town, most of the commercial space was left abandoned due to the decline in the paper industry. But now, many of these buildings have been transformed into multi-unit housing. The Kapuskasing BIA (Business Improvement Area) handles the area’s rejuvenation. 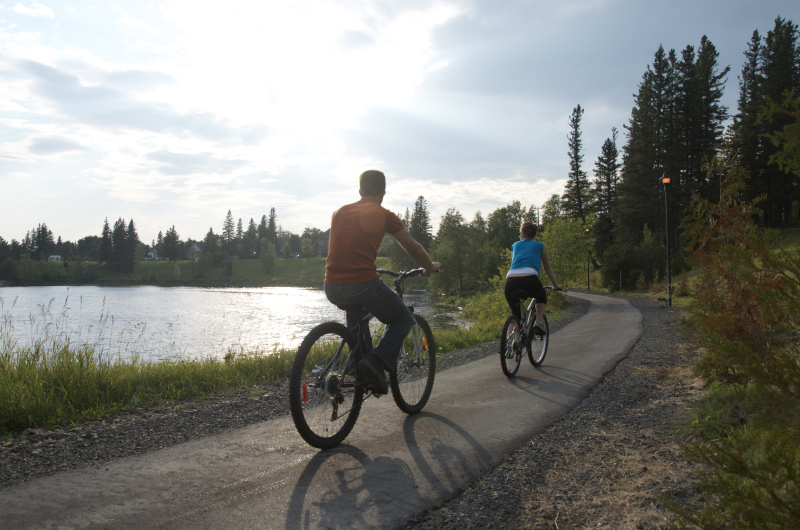 In 2020 Kapuskasing’s airport built a new hangar operated by North Star Air, which is its base of operations. This means air traffic is directed from the airport across the North Ontario area. In addition, the airport now operates five flights per day north of the town.

Also, being able to tap into these communities means a boost for the retail sector. Initially, the addition to the airport was estimated to create four to five full-time jobs, but it has actually created 22. This is because the base of operations, maintenance, and more are located at the airport.

Another facility in the town is a General Motors (GM) cold weather test facility. GM tests its vehicles against the cold weather and has freezer cells on the property.

Having a presence in the town means locals can catch these camouflage vehicles being tested, but these are top secret, so locals know better than to snap a picture of them.

The town is constantly improving its roads, with Kapuskasing situated on the Trans-Canada Highway. Recent projects include a 0.6-mile (0.8km) road linking the town, which is in the last stages of stormwater drainage installation; the entire project cost CA$ 4 million.

“We’re building roads in Northern Ontario, but the frost is an issue as it gets deep into the roads, and we need to dig the pipes deeper underground. This makes building roads in the area more expensive,” says Plourde.

Kapuskasing offers high-speed internet, up to a gig in download speed, for residents, which is essential due to all the remote workers in the town. In collaboration with the local chamber of commerce, they’ve identified that there are now over 150 home-based businesses in the town.

In regards to green energy, the town has invested pretty heavily in solar, with the town incorporating Kapuskasing Energy. Under this corporation, the town has set up solar systems that generate a total of five megawatts of solar power. These sites are based throughout the province and within the town limits, there are another 30 solar projects.

GreenFirst Forestry Products is all about collaboration and getting support from the locals. Since March, the company has received funding from the Ministry of Northern Development Mines, Natural Resources, and Forestry, as well as the Ministry of Labor Training, Skill and Development, to the approximate total of CA$1.6 million.

GreenFirst Forest Products has had to start an entirely new machine to handle a new grade of paper, what the industry calls Envirosmart paper, which is a standard paper for packing applications like food bags. This is where the 45 new employees will be working.

“We believe there’s a good future in this grade of paper moving forward, with demands not being met in the USA,” says Champoux.

This need for Envirosmart paper is because it is a natural alternative to plastics used in food packaging.

And because Kapuskasing is dedicated to its partners, they have already started a local campaign to replace all the plastic bags in the town with locally produced paper bags.
GreenFirst Forest Products also supplies the Toronto Star with their newsprint, along with timber products and more.

Looking towards the future economically, the town would like to become the hub of Northern Ontario, attracting business and tourism to the town. While from a community standpoint, the town has truly diversified due to COVID, with individuals moving from all corners of the globe to call the town their home.

And businesses like GreenFirst Forest Products would like to see their mill in operation for another 100 years and seize a market share of the Envirosmart paper industry.

AGI-Action Group Inc. was founded by Mitch Blais over 35 years ago.  The original focus of the company was to supply specialty services to the commercial millwork industry.  The company has since evolved into General Contracting, delivering services such as design consulting, building, renovating, and project management, supplying skilled trades to clients in need of an increased labour force on a temporary or long-term basis.

With offices located in Northern and Central Ontario, Kapuskasing and Orillia respectively, AGI-Action Group Inc. is proud to service all clients while representing as a social, economic and environmentally conscious operating model leading the industry towards a higher level of economic growth in Ontario and across Canada.

AGI-Action Group Inc. is proud to develop and maintain strong long-term relationships with all their clients.  Their exceedingly skilled, professional management team, provides clients with superior quality service while meeting the client’s needs and budgets.  AGI-Action Group Inc. is committed to partnering with communities and organizations to identify their short term and long term needs, moving them toward their economic development vision and goals.

AGI Action Group Inc. has always acknowledged and appreciated the positive impact that Northern Ontario had on their development.  For this reason, the team was thrilled to ally with Kapuskasing established corporation such as KHLH Ltd., and Buma Apartments Ltd.

Buma Apartments Ltd has a tremendous positive impact on the health, education, and forestry sectors as well as on the economic growth of the community.  The team behind La Résidence Jody Blais by KHLH, following the public demand, will reproduce their winning residence model in many communities that share the same needs.

Together, the companies proudly developed multiple projects, attracting positive attention to Kapuskasing from across the province.

AGI Action Group Inc. will continue to work alongside communities and organizations while contributing to the local economy through vendor support, employment opportunities and economic growth.

Santee, California – A dream kind of...