The Town of Easton, Maryland, may not be considered “trendy” by the local Millennial set, but that might be about to change. “We’ve been accused of not being a hip town by the youth, but we have a plan,” says Easton’s Mayor, Bob Willey.

Of course, being hip or trendy is not always identifiable, but you know it when you see it. And this town of 17,000 believes that, thanks to a series of initiatives, it’s about to emerge as the place with appeal for all age groups. The first significant plan is the town’s largest public works project to date: the redevelopment of Easton Point Park. Willey says, “Once completed, the development will provide waterfront parkland, environmental projects, hiking paths, single and multi-family homes, restaurants, and more.”

Next is the Mistletoe Hall Commerce Business Park, located in the northwest town limits near the municipal airport. The 85-acre piece of former farmland is being developed into building sites ranging in size from two acres to more than ten. An Economic Development Administration Grant for funding for the Mistletoe Park project was issued through the Department of Commerce. “We are receiving information requests,” Willey says, “and we have sent out contracts on several of the properties already. We expect within the next year or so that we’ll have to start looking for another place (to develop) as the business park will be sold out.” This is all due to Mistletoe’s prime location, which will bring industrial, technology, and aviation businesses to the area.

To appeal to even more businesses, Easton has relied on the assistance of its two post-secondary institutions, Chesapeake College and Salisbury University. “We work very closely with Chesapeake College and other partners to connect their workforce programs,” says Tracy Ward, Executive Director of Easton Economic Development Corp. “They also work with Easton’s high school students and have a program where students can be dual enrolled, providing high school students college credits. This is important because businesses like Aphena Pharma Solutions, which is a very large manufacturing pharmaceutical company here in Easton, directly work with them to try to pipeline as many people as they can into careers.” 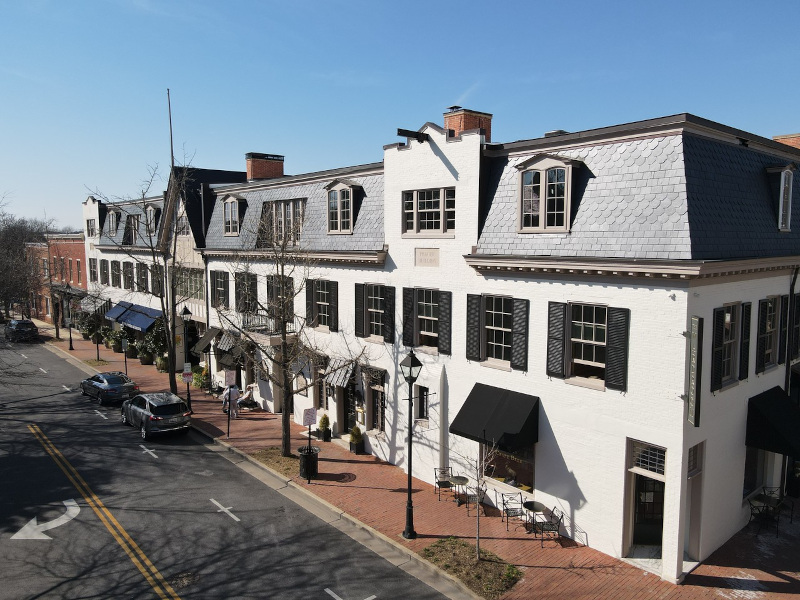 This is somewhat of a shift. In the past, Easton’s workforce was primarily made up of white-collar and service jobs, but there is a movement happening that will be bringing in more manufacturing to the area. Chesapeake College is helping drive the initiative by offering new programs to help fill that manufacturing sector. Ward says, “We have a tremendous need for welders. More and more, we are finding our businesses want to make things or deal with suppliers who make things locally.”

With increased growth comes the need for additional housing. For the past decade, Easton has seen little growth in residential development. But that has changed. According to Lynn Thomas, Easton’s Town Planner, “Most of the residential developments we saw in the past decade were the completion of projects that were approved more than a decade ago. I think we are at the point where we could use housing at pretty much every level across the spectrum, particularly the workforce, lower-to-middle categories. Unofficially, people are working on those, and I think we will see that very soon.”

More workforce housing is also at the top of the Mayor’s list of needs for the town. Willey reports, “One of our most visible needs is for workforce housing, not only for our existing population but to help lure new businesses and workers to the area. As a result, several new projects are underway to help satisfy that demand.”

The trend towards new projects is being felt in Easton’s downtown. “We need to understand that if the town’s going to succeed,” says Willey, “it can’t deteriorate at the core – that’s one of the problems with most small-town center downtown areas. We have a lot of construction going on, and local investors are putting their dollars where their mouths are and doing some really neat things. The vibrancy of a thriving downtown is critical to us, and we’re happy to see it continue and grow.”

Since recreation is an important component of a successful and trendy area, efforts are underway to extend the length of the existing rail trail, making the community more walkable. The trail currently runs through town along a converted rail bed from a line that hasn’t been used in more than 40 years. Thomas explains, “It’s currently about two-and-three-quarter miles long in a north-south direction, and we are getting ready to move in an east-west direction to approximately double that. And we have even more informal plans to do more along those lines.”

The town is also working to improve the area’s athletic capabilities by putting in new ball fields and installing lights so games can be played past dusk. The long-term objective is to take athletics even further by building an indoor sports complex. “Not only for the young kids,” says Willey, “but also for the middle-aged guys that like to get in out of the cold and play basketball.” 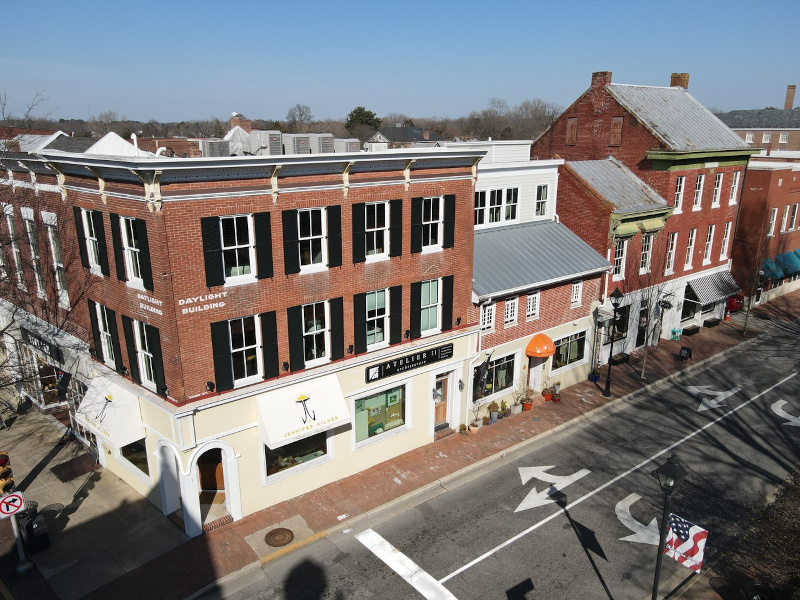 These changes and improvements add to an already long list of accomplishments the town can call its own. Centralized on the eastern shore of Maryland, Easton is ideally located for recreational activities. There are more than 150 acres of public parks and playgrounds, in addition to the miles of rail trails. “Easton from the start has benefitted from a great location,” says Willey. “We’re in the center of great hunting, fishing, watersports, and historical sites. Among them, the Quaker meeting house, the Robert Morris Home (he helped finance the Revolutionary War), Lt. Col. Tench Tilghman (George Washington’s aide de camp), and also the home of Frederick Douglass.”

Due to its proximity to Baltimore, Washington, and Philadelphia, Easton is close to the big sporting teams, including the Orioles, Ravens, Nationals, Phillies, and Eagles. It’s also within driving distance to major urban centers and a wealth of cultural events, such as theatrical performances and concerts. But that’s not to say Easton doesn’t have a bustling entertainment and art scene of its own. “Easton does have a robust arts community,” says Ward. “We have three spectacular galleries. We also have the Arts Academy here with an incredible collection. And then, not least, we have the Avalon Theatre, a beautifully restored historic theater in our downtown, which draws regionally by offering regional and national performances in its 400-seat auditorium. They even got a little creative during the COVID-19 pandemic by opening up an outdoor theater so patrons can still take in a show during restrictions.”

As a preeminent arts destination, it’s not surprising that the State of Maryland recently named Easton as an Arts and Entertainment District. “It’s an incredibly creative community that responds well to the various circumstances,” adds Ward. “Arts has been a big driver. The Town of Easton is also home to a full array of festivals that run throughout the year. We have a strong tradition of family-friendly and nationally known events such as the Waterfowl Festival and Plein Aire, and even some lesser known ones like the Crab Drop on New Year’s Eve.”

In addition to all the fun Easton can provide, it’s also a practical place to live. The town has an AA+ Fitch/AA2 Moody’s credit rating, and its property taxes are among the lowest in Maryland. “Combined with the state and county property taxes, we may very well be the lowest,” says Willey. With everything Easton has and will have in its future, the town is shaping up to become a “hip” and attractive place for businesses, families, and a whole new generation to establish roots. As Willey shares, “I think the young folks are coming along as the new movers to the area – they come here, they do very well, and they stay.”

Where: Located on the eastern shore of Maryland

Once the majority of the population gets...