All good things ahead

Thomasville, Georgia, is Quail Country. It always has been. Back in the late 1800s, the wealthy cotton plantations started setting apart land exclusively for birding – in fact, some of those plantations were nothing more than hunting cabins, although nice ones.

The Red Hills region of South Georgia and North Florida is a 436,000-acre, outdoorsman’s paradise studded with pine forests and teeming with wildlife. It also has the largest collection of bobwhite quail in the world. So back at the turn of the century, wealthy Northern business executives began purchasing large tracts of land in the Red Hills region, concentrated primarily between Thomasville and Tallahassee. These former cotton plantations soon became private quail hunting lands, each covering thousands of acres.

Thomas County is a rural-based, older community. Until the 1800s, the railroads only went as far south as Thomasville, to support the distribution of agricultural goods. So, wealthy folks from the Northeast would come down by rail and spend their summers in the county, building beautiful plantations and homes. Petty recounts, “When the railroad was extended down into Florida, people started vacationing further south, but during quail season they still came here. Although it is very rural, it is also very affluent and even the small community of folks that live here year-round reflect that community. Many of them are involved in the arts – museums and theaters are part of our community in a big way. It is a very solid community with a lot of resources that are often a reflection of the types of folk who come through here.” 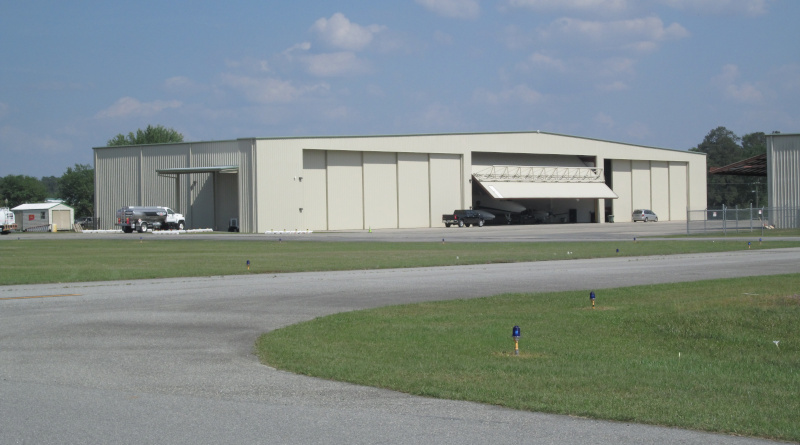 Over the last few years, the airport has seen a transition from prop-driven to jet aircraft, both for corporate and general aviation traffic. To accommodate this, the main runway, 4/22, was lengthened by 500 feet coming in at 6004 feet, while the secondary runway, 14/32, is 5500 feet long. In 2017, a new 30,000 square foot hangar was completed for corporate use, but it was soon full.

“We have a waiting list,” admits Petty, “and actually we double book some of the hangars when the owners are not using them during the offseason. We put some transient users in there. But if the regular renters fly in, we need to move the transient users out to tie-downs. If we had more room, we could sign a lot of lease agreements. Right now, we’re working with the city and the state to develop a hangar site and new apron area so that we could potentially sign companies to ground leases and they can build their own hangars and move forward. We are calling that the Southwest Development Area.”

The FBO is run by the Thomasville Regional Airport itself, offering very competitive fuel services while being staffed by paid city employees. In 2005, the airport built a new terminal with a plantation theme that is a popular asset. Also on site is a privately-owned maintenance operation, as well as a plane wash company and a small flight school under private ownership. Flowers Food Services, which began in 1905 and has grown to become America’s largest distributor of prepackaged baked goods, is also headquartered in Thomasville and uses the airport for its flight department. They have their own office areas and a reception lounge.

Future development is also in the cards for the airport. According to Petty, “On the north end of the airport, we have what is called Payroll Development Land, or PDA, and we hope to attract new businesses there. They can potentially get assistance from the city and county in terms of grants and tax savings based on the number of employees they could potentially bring in and what type of growth they might expect. We are hoping that these incentives help it to grow. When companies come in we do work hard to make sure we can provide what they need. For example, FPL Foods is a meat packaging company that moved into the area after they made a deal with Walmart to provide them with beef. They have a couple of pilots based at the airport and our relationship is growing.” 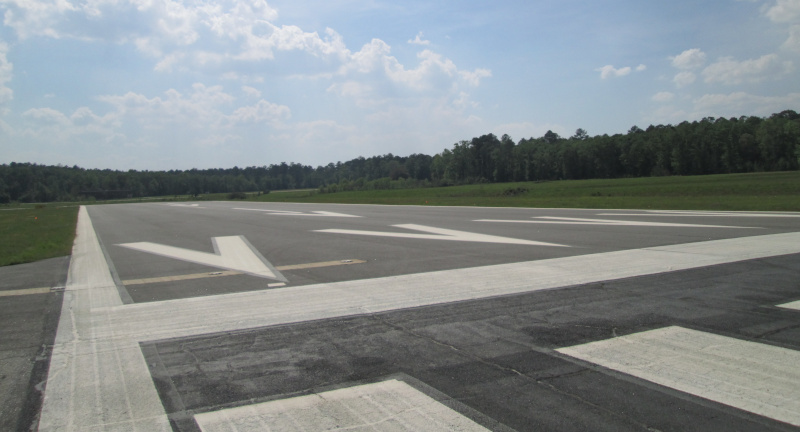 Another company the airport works closely with is DBT Transportation Services; the group that provides all the navigational aids, instrument landing system (ILS), and the AWOS weather tracking system. All this state-of-the-art equipment at Thomasville Regional allows for a variety of navigation under all circumstances.

Petty reports, “In terms of infrastructure, another interesting project we are undertaking is to do some corrections to our line of sight within the primary runway by using milling and paving. Essentially, we have to make a slight correction to comply with FAA and Georgia Department of Transportation regulations. We have been working with Passero Associates as our consulting company and they have determined that if we can raise the end of the runway using the pavement, and then mill out several inches of a “hump” in the middle of the runway, we will bring it into compliance. We are quite happy about this because what looked like a multimillion-dollar project has become quite a bit more manageable.”

An airport is an essential economic driver for a community but can also be a center point for community pride. Each year on the second week of October, Thomasville Regional holds a three-day event, sponsored by the local flying club, which brings throngs of people from around the region out to the airfield. There are airplane rides and opportunities to get up close to planes and explore. It is a great opportunity for young people to learn about aviation as a career, but also for the airport to show what it has to offer. “We have tours of all of our facilities,” says Petty, “and of a local museum called Power to the Past, which is an aircraft engine museum. They have a couple of antique biplanes there as well. It is a great place to discover.”

Looking ahead to a positive future for Thomasville Regional Airport, Petty notes, “We are definitely growing, and the creation of more hangar space has been identified as the number one priority for the airport. I would also like to see the Southwest Development take root with new hangars and taxiways. Developing the PDA land along with that over the next three to five years is going to allow us new growth opportunities and ensure that we can offer Thomasville the best service possible. I only see good things ahead.”

Where: Seven miles northeast of Thomasville, a city in Thomas County, Georgia