Manifesting the land of enchantment

Bordering both the American state of Texas and the Mexican state of Chihuahua, is the picturesque city of Sunland Park. Despite being officially incorporated in 1983, its history dates to the 1880s and the Old West. The municipality is situated at the base of the Sierra del Cristo Rey (Mountain of Christ the King), which at its summit has a stunning 29-foot-tall limestone statue of Cristo Rey. The mountain and surrounding area are even mentioned in Marty Robbins’ iconic song, “El Paso,” as “the hill” the cowboy protagonist rides down “out to the badlands of New Mexico.”

Even though the ballad makes the place, now Sunland Park, sound lonely and desolate, current reality is completely different. A border city, it’s one of the largest with a fast-growing population in New Mexico. It’s also one of the state’s safest communities and even has the best weather. 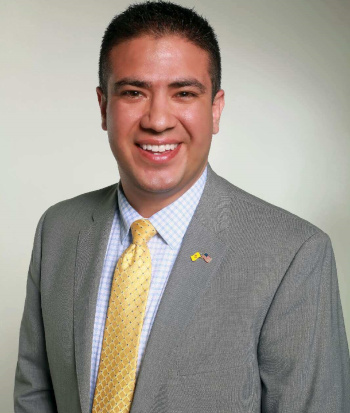 “We now have an estimated population of 18,000, up 1,000 from 2019,” Javier Perea, Mayor of Sunland Park reports. “In terms of demographics, it’s a mixture. We’re getting retirees from El Paso because of our cheaper property taxes, but we’re also seeing lots of young families move closer to job opportunities at the Santa Teresa Industrial Park. I’m curious to see what the 2020 census reveals. Then we’ll have a better understanding where we’ll be moving forward.”

Currently, the biggest growth is in the northern section of Sunland Park where land is plentiful, but the number of available homes is running low. “The demand for homes is so high, developers and builders are at our doorstep requesting annexations and permits to build every day,” says Perea. “Lots are being sold even before development goes in. This continual growth requires careful planning and effective balance of quality-of-life amenities, commercial spaces, and infrastructure.”

Infrastructure is always important to consider. Especially when dealing with water in the desert. With Sunland Park located so close to the Rio Grande, the city is susceptible to flash flooding. Perea explains, “That’s why our priority has been infrastructure within the community. The older parts were developed long ago with very poor regulations and standards. Some of these problems we’re fixing today include storm water solutions.” In that regard, an ongoing water project is being completed alongside the Camino Real Regional Utility Authority (CRRUA). Working together, water lines are being replaced and wastewater facilities improved throughout the municipality. Perea recently submitted a funding application for an older section in Sunland Park that not only needs updating, but also requires higher capacity water lines for future developments.

The city is also incorporating more green initiatives. Perea describes how the municipality is working with a group that produces electricity. “We’re trying to facilitate getting energy tax credits to this particular company to sustain the operation. They capture methane released by the landfill, burn it, and use it to create energy to put back into the grid. We’re hoping once that gets settled it’ll provide another useful resource for energy production.”

Even though the COVID-19 pandemic has slowed down much of America, it has allowed the city the opportunity to start planning for new projects such as this one. In fact, Sunland Park hired a new City Manager, Michael Martinez, who helps implement the strategic master plan, which lines up projects that the council agrees to support. These are then matched with what the administration can do. Perea admits, “It’s been a time of transformation for us. At least in the sense of using technology and getting new management in place to provide more planning and guiding documents for us to move forward.”

The intent is that these projects, along with new and expanding businesses, will help the city become a major economic force for southern New Mexico. One such example of an expanding business is La Primera Tortilla Factory, which began operations in Sunland Park in 1984. According to Perea, “Council helped La Primera access state funding to grow their business through the Local Economic Development Act (LEDA). The company is going to be expanding within Sunland Park to provide tortillas and chips on a broader scale to include institutions. Although everything has been stable, now that things are opening, we’re trying to use some of the American Rescue Plan funding to help build our local businesses to make them whole again. This includes opportunities for expansion. If they’re successful as a business, we’re going to be successful as a municipality.” 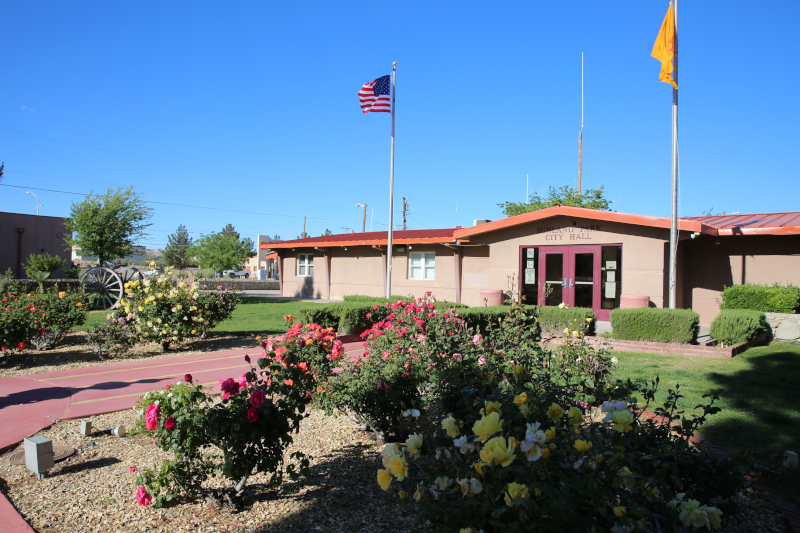 Along with working to further improve the local the economy, the city is also updating its fire equipment. Over the last couple of years, new vehicles including brush trucks and pump trucks have been purchased from the Siddons-Martin Emergency Group. “I’m happy to report that we have actually improved our Insurance Service Office (ISO) rating of a five down to a four,” says Perea. “Originally, we were at a seven, but within the last eight years we’ve been able to bring it down three ISO points. The goal is to get to a rating of one, representing an exemplary fire suppression program. We’ve worked with Siddons-Martin Emergency Group to provide diverse and state-of-the-art firefighter equipment because we are often placed in a situation where we need to do mountain, water, and/or desert rescues. We require a diverse fleet with equipment that helps us get to different parts of our municipality where services are needed.”

With such a diverse landscape, there are challenges but also much potential. That’s why Sunland Park is trying to focus on the tourism industry. Plans for a river trail have been developed connecting residents to commercial developments and the rest of the state. The official Rio Grande Plan details how the trail will extend from Santa Fe all the way down to Sunland Park and El Paso County. Perea explains, “The unique part about us is that the Rio Grande runs from El Paso into Sunland Park and then back into El Paso.  We’re capitalizing on that and on the trails they’re developing too. That would bring traffic flow into Sunland Park and split the Mexican dollar across the region.  Some of the highest grossing American malls are in El Paso.”

There are discussions for a river walk and a study is being conducted to make Mount Cristo Rey into a state park. On the entertainment side, the city is even considering opening an arena in the future. In the new few months, a new development on the state lines of Texas and New Mexico will begin construction. The concept is for a big entertainment venue with a nightclub and a food hall. Currently near the site is the State Line Restaurant, where the restrooms are in Texas but the restaurant and bar are in New Mexico. That makes Perea happy because, as he notes, “we get the taxes on that. Attracting people to the region and keeping them here is our focus.”

The city is also creating community by bringing a facelift to the Sunland Park Sports Complex that will provide venues for festivals, weddings, quinceañeras, and more. Construction of a new splashpad has begun and the groundbreaking ceremony for a new multipurpose community center with majestic views of the Franklin Mountains will occur in the upcoming months. The city is also scoping the costs to turn the current fields into artificial turf. Perea adds, “In conjunction with investments in commercial development, these quality-of-life projects are what entice people to stay.”

In the next three to five years, Perea’s goal is that Sunland Park will have its Presidential Permit for a new port-of-entry with Mexico. He shares, “Once acquired, it will be the catalytic project that will develop a new downtown corridor.  We also want to capture the sports tourism industry. We’re looking at spaces for fields. It has become a growing industry and we want to provide some diversity in our entertainment options.”

He also reports that New Mexico legalized recreational marijuana on June 29th of this year. One company is already purchasing land within the city with the intention of bringing in a facility to provide residents with recreational marijuana. Recognizing there is significant potential in the cannabis sector, the city plans to work alongside the state to get the appropriate guidance for regulation and safety.

Looking to the future with great optimism, Perea says, “I hope we can further capitalize on the biggest assets we have: the Cristo Rey and the Rio Grande. If we can develop those areas into a river trail or walk, that automatically becomes an entertainment venue where people gather. Visitors can spend their time and money here, and then take their happy experience of Sunland Park back home with them wherever that may be.”

Where: On the border of El Paso, Texas and Chihuahua, Mexico

Since 1974, Siddons-Martin Emergency Group has answered our customers call. From industry leading apparatus and state-of-the-art facilities to 24/7 emergency service and disaster response we play a vital role in keeping your communities emergency equipment in top condition. Siddons-Martin leads the industry with integrity, innovation, and dedication to complete service solutions for the life of your equipment.