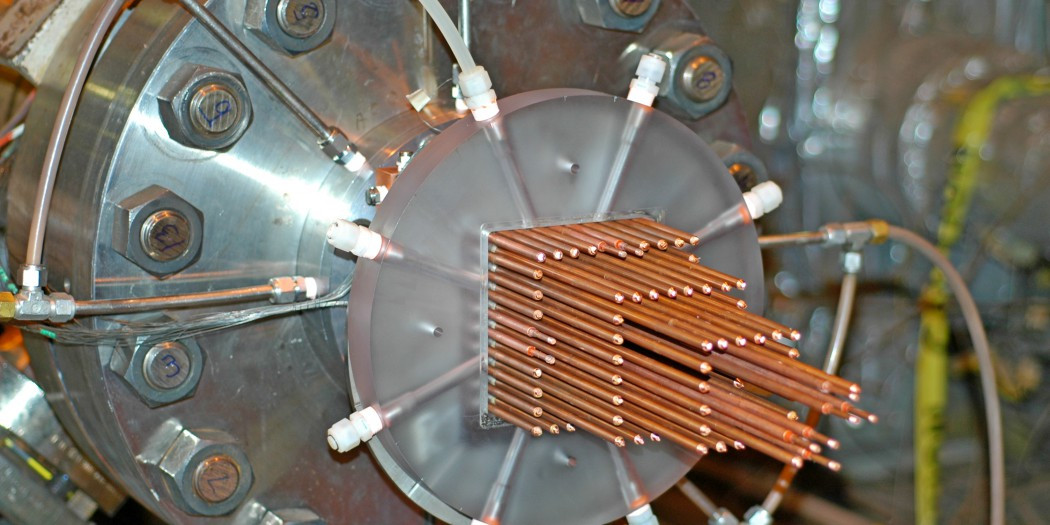 Business View Magazine interviews Gordon Hadaller, President of Stern Laboratories, for our focus on the Nuclear Sector in Canada

Nuclear energy is undergoing a renaissance induced by the climate crisis, geopolitical instability, and an increasingly electrifying world and pushing world governments to rethink the role of nuclear in a post-fossil-fuel world.

In Canada and, more recently, Europe, governments are relabeling nuclear as green energy to stimulate more funding and sway public perception that nuclear can and should be listed beside solar, wind, and other non-emitting energy sources.

Stern Laboratories Inc. in Hamilton, Ontario, Canada is at the crux of the nuclear renaissance and has a front-row seat to the rebirth of an industry that can radically transform energy globally. The Canadian-owned private corporation conducts reliability and safety experiments for utilities, nuclear reactor and fuel vendors, government agencies, and nuclear equipment suppliers locally and internationally.

“We started in this location in 1962 as part of Westinghouse, Canada installing hydraulic equipment and power supplies for experiments to verify nuclear fuel and look for safety limits,” says Gordon Hadaller, President of Stern Laboratories. “In 1988, Westinghouse sold its atomic arm. Frank Stern, the lab manager, and the employees banded together to salvage the lab, forming an employee-owned company called Stern Laboratories.”

Stern Laboratories is the largest lab of its kind in North America, boasting a massive 17MW of DC power and 13 individually controlled zones, and making it one of the world’s highest power heat transfer facilities. “Our most valuable asset is our experienced team,” says Hadaller. “The work we do is highly technical and often complicated, so you need the hardware and a team of experienced people to conduct the experiments.” 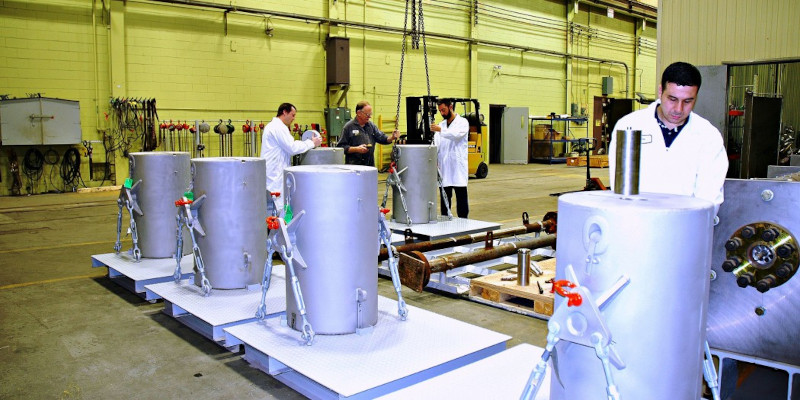 Stern Laboratories meets this tremendous mandate of securing the safety of nuclear power for its customers with a crack team of 32 experienced staff operating out of a 40,000 square foot facility. “Our team consists of technologists, including around 10 engineers and 20 engineering technologists with a mechanical, electrical, and chemical engineering background,” says Hadaller. “We recruit mostly from local colleges like McMaster University, Mohawk College, and my alma mater – the University of Manitoba.”

The recent pandemic might not have upended Stern Laboratories’ operations, but Richard Van Lochem, Projects Manager at Stern Labs, suspects current supply chain issues may have lingering issues. “Supply disruption has pushed up prices,” he says. “Although we are not a manufacturer, we build specialty tooling and custom fuel simulators for research and development labs, which require specialty materials and are effected by supply chain disruptions. We are warning customers that supply chain issues may cause prices to fluctuate and delays in product deliveries, although we have not yet seen delays as bad as those effecting other industries like the auto industry.”

Stern Laboratories might be in the business of reliability and safety testing, yet, as part of the nuclear industry, its mandate reaches outwards to educate and sensitize the public about nuclear energy’s benefits. “We support the Canadian Nuclear Society, which prepares a lot of papers and provides public education,” says Hadaller. “We also belong to the Organization of Canadian Nuclear Industries (OCNI) and Canada Nuclear Agency (CNA), which also do a lot of outreach programs.”

At a more personal level, the company encourages staffers to advocate for nuclear in their spheres of influence. “I encourage our staff to have these discussions at the dinner table with their children and grandchildren. We need to do this kind of one-on-one advocacy so that people hear about it from people they know,” Hadaller adds. “For example, nuclear is the only industry that knows where all its waste is, which is not the case with other energy sources. Whenever fuel comes out of a reactor, specific steps are followed to dispose of it in secure storage facilities, where they are stored for a hundred years. These are details the public should know to understand that the nuclear industry is very well regulated and takes deliberate steps to ensure safety throughout the energy generation cycle.”

Stern Laboratories also works closely with CANDU Owners Group, addressing emerging issues and providing ongoing research for members like Bruce Power and Ontario Power Generation (OPG) in Canada and others in China, South Korea, Romania, and Argentina. Other partners outside the CANDU industry include GE Hitachi, NuScale, and B&W, who have or are currently working on SMR projects with Stern Labs.

Like most other companies in the nuclear industry, Stern Laboratories is mindful of the perceptions surrounding nuclear in the public arena. “The nuclear industry has its ups and downs,” says Hadaller. “At times, it is buoyant; at others, accidents set things back significantly.” He believes that the world is at the cusp of the nuclear industry moving forward because of the innovative designs emerging. He acknowledges, “CO2 emissions are a problem, and we can only do so much with wind and solar. Nuclear is a non-emitting generator, and the opportunities are quite good.”

Ontario stands out as a light on a hill in this regard. Sixty percent of the province’s electricity is nuclear. “If we’re going to adopt EVs, green steel, and green concrete, we’re going to need a lot more green electricity, and that’s where nuclear comes in… something even the government recognizes.”

Another emerging issue driving the nuclear narrative is geopolitical instability. For example, Russia’s invasion of Ukraine and subsequent sanctions have placed Europe in a precarious position because it depends on Russia for a significant percentage of its petroleum energy supplies.

Nuclear presents a unique solution to these kinds of scenarios. “Security of supply is the current major concern countries are facing,” explains Hadaller. “If you turn off a petroleum pipeline or there’s no wind to turn windmills or sunlight to charge solar arrays, energy shortages are near instant. With nuclear, you have two years of fuel available on-site at any given time, which completely solves the security of supply issue.” 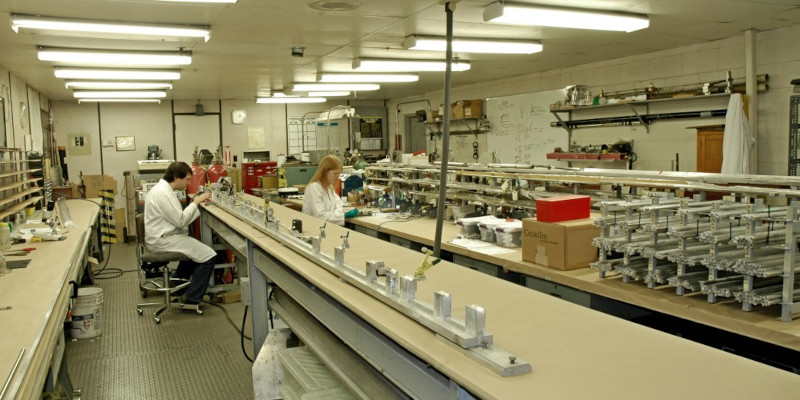 One technology could finally tip the balance in favor of nuclear – Small Modular Reactors (SMRs). While current reactors are grid-level reactors providing over 1000MW, SMRs generate as much as 300MW to as little as 5MW, significantly expanding the application use cases for nuclear beyond the grid. “You can have a 300MW unit for a small utility, maybe a 50MW unit for a mine in a remote area where there’s no power, and an even small unit like 5MW for remote off-grid communities and security installations,” says Hadaller.

Besides SMRs, Stern Laboratories is also working on technologies that could improve the output and efficiency of CANDU reactors. “We are actively looking at a new design for a CANDU fuel bundle that incorporates computational fluid dynamics (CFD) and can provide higher rated power,” Hadaller adds.

For Stern Laboratories, SMRs dominate the immediate future, and both Hadaller and Van Lochem expect SMR demonstrations to emerge as various stakeholders start assembly. “We are looking forward to participating in SMR demonstrations and hopefully seeing several SMRs up and running in the next three to five years,” says Hadaller. “As Canada moves to a net-zero green economy by 2050, we will require a significant amount of green electricity, which can only be nuclear. There is not much more hydropower, and solar and wind can only go so far. Because this transition is urgent, we will need more nuclear energy to make this future a reality.”

What: A Canadian-owned private corporation that conducts reliability and safety experiments for the nuclear industry